What Does 'Clean Beauty' Actually Mean?

How to decode labels, understand ingredient lists and find products that are truly healthier for your body and the planet. 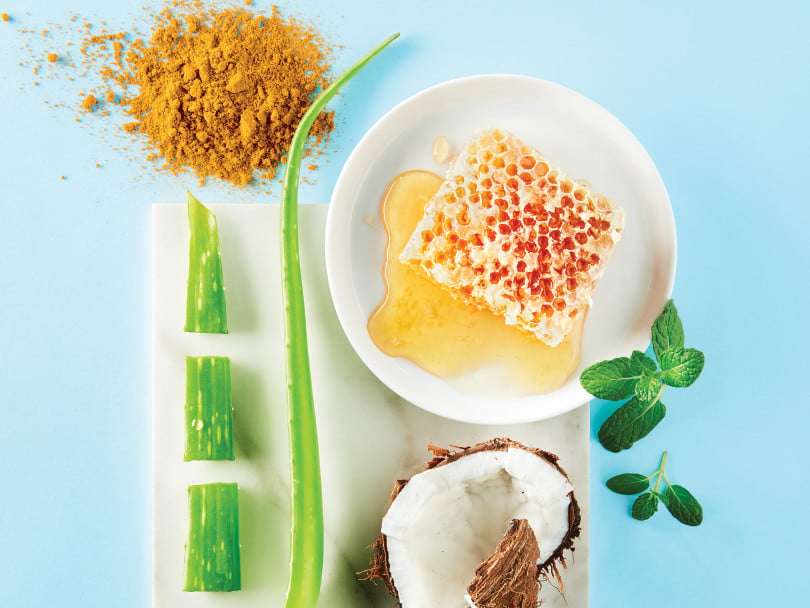 One of the biggest trends in beauty today is the rise of conscious consumption: pushing for more transparency in products and questioning all the ingredients inside. Are they healthy, safe and free of anything sketchy? We now have an abundance of beauty options marketed as “clean,” but navigating the cosmetics counter—and sometimes conflicting claims—remains as tricky as ever.

Why clean is the new green

For years, “natural” and “green” were the buzzwords of choice to give beauty products a halo of purity and wellness, conjuring the wholesome goodness of, say, organic rosehips freshly plucked for your face oil. But both are also fuzzy terms, subject to marketing spin: Neither the U.S. Food and Drug Administration (FDA) nor Health Canada defines them in the context of cosmetic labelling. That means the claim “natural” on a product could mean it’s 100 percent free of synthetic ingredients, but it could just as easily mean that the formula includes a smidgen of plant extracts, says Dr. Shannon Humphrey, clinical assistant professor in the department of dermatology and skin science at the University of British Columbia.

Putting natural ingredients on a pedestal also implies that they’re inherently better and safer than the synthetic stuff, but that’s not always true, says Humphrey. “Natural, or being derived from nature, is not synonymous with safety,” she explains. “There are tons of natural things that are harmful to you, from poison ivy to mercury to arsenic.” It’s also possible for ingredients to be natural but contaminated (such as minerals laced with heavy metals). “Let’s not focus on natural versus synthetic,” Humphrey says. “Let’s focus on the science behind safety and the science behind efficacy.”

The shift toward talking about what’s safe—and not merely natural or unnatural—has made “clean beauty” the catchphrase of the moment. “Clean” often means that the products are free of certain questionable ingredients, such as parabens, although what’s deemed dodgy and worth avoiding varies from brand to brand and country to country.

How are beauty products regulated?

While companies aren’t allowed to pour dangerous toxins into your beauty products—Health Canada has a Cosmetic Ingredient Hotlist of what’s prohibited or restricted—governments vary in their degree of regulatory toughness. While the European Union has banned or restricted about 1,400 ingredients in cosmetics, Canada has done the same for just over 600. The equivalent number in the United States is just 30.

It’s also true that cosmetics are not controlled as strictly as drugs in North America. In the U.S., cosmetics manufacturers aren’t even required to submit safety data to the FDA. Surprisingly, the burden is on the FDA to prove that a product or ingredient is harmful when used as intended. That’s why clean-beauty activists are demanding tighter standards and more protective laws. One such advocate is Beautycounter, a six-year-old direct sales company that was the most-Googled beauty brand of 2018. The company has been pushing for the proposed Personal Care Products Safety Act in the U.S. and is also advocating for reforms to the Canadian Environmental Protection Act, which governs ingredients used in personal care products.

Last year, Sephora launched Clean at Sephora after noticing that consumers have become increasingly concerned about what’s in the products they buy. To date, the Clean seal has been granted to 2,000 products made without ingredients that consumers say they want to avoid, including parabens, formaldehydes, phthalates and certain sulfates.

One brand at the forefront of popularizing the clean-beauty movement is the aforementioned Beautycounter. Everything it makes, from skincare to makeup, is free of more than 1,500 “questionable or harmful” ingredients. The majority of these blacklisted chemicals are banned or restricted in personal care products by the E.U., plus a hundred or so ingredients that Beautycounter has scrutinized in-house and deemed undesirable. “We screen hundreds of new ingredients each year, and only a few of them make the cut,” says Lindsay Dahl, the company’s vice-president of social mission. “The rest are added to The Never List.”

Beautycounter’s Never List is sweeping, including everything from formaldehyde (a known carcinogen) to retinol (an ingredient that’s widely recommended by dermatologists for smoothing wrinkles and widely considered safe, though not for use if you’re pregnant or trying to conceive). This speaks to the real debate over clean beauty: No one wants dirty products, but who’s deciding what’s bad or toxic, and how? Like the term “natural,” “clean” isn’t regulated either, and what it means is just as subjective.

Many beauty products, whether marketed as “clean” or not, now advertise that they’re free of certain ingredients. What are these, exactly, and should you actually worry? Here are the most commonly avoided ones, decoded by concern.

Parabens are synthetic compounds used as preservatives (these ingredients end in “-paraben” on labels). They’re controversial because they are suspected endocrine disruptors, capable of messing with your hormones, but this remains a matter of scientific debate. Nevertheless, according to the research company Nielsen, beauty shoppers are more focused on avoiding parabens than just about any other ingredient, so companies are increasingly nixing them to ease concerns: Kiehl’s, for instance, spent five years retooling its Ultra Facial Cream to make a paraben-free version.

Sulfates are cleansing agents most often found in face washes, shampoos and other foamy products. Sodium lauryl sulfate (SLS) is one of the most common. High levels of SLS are potentially irritating to the skin and eyes, but Health Canada, the FDA and the E.U. consider it safe for cosmetics. Still, more companies are choosing to go sulfate-free. Herbal Essences has just launched its Bio:Renew Sulfate Free shampoos, the first mass-market haircare products to be EWG Verified—a seal given to products free of the group’s “chemicals of concern.”

Phthalates are a group of chemicals used as plastics softeners and as solvents and plasticizers in cosmetic products like nail polishes and fragrances. Some phthalates have been associated with toxic effects on reproductive health in both men and women. Health Canada has concluded that only one type of phthalate, diethylhexyl phthalate (DEHP), is harmful to human health; it’s on the government’s Cosmetic Ingredient Hotlist and prohibited for use in cosmetic products. But the E.U. is so concerned about four different types of phthalates—DEHP, as well as butyl benzyl phthalate, dibutyl phthalate and diisobutyl phthalate—that it is banning them from use in consumer products.

When it comes to choosing the safest beauty products, there are few cut-and-dry answers. Ultimately, there’s no simple way to determine any given product’s “cleanness,” though you can find a handful of tools that have developed their own subjective rating system. The Think Dirty app lets you scan barcodes for in-store research and offers a list of brands whose ingredients have been vetted. The most popular resource is the Skin Deep Cosmetics Database, published by the Environmental Working Group (EWG). This non-profit organization works to eliminate the use of potentially dangerous chemicals in household items, but critics have also accused it of fearmongering. Ivana Knezevic, cosmetic science professor in the School of Biological Sciences and Applied Chemistry at Toronto’s Seneca College, cautions that EWG ratings offer interpretations of research, making it tricky for someone who’s not a science geek to know who or what to believe. “I wouldn’t take them as an authority,” says Knezevic, noting some people may be unduly fearful of certain ingredients and confused by conflicting messages over what’s safe or hazardous. Still, there’s value in research that allows you to feel as if you’re making better decisions as a more informed consumer, she says. Humphrey agrees that resources like the Skin Deep database “come out guns blazing against many cosmetic ingredients that, if used in small amounts, have been shown to be safe.” In the end, it’s best to talk with your doctor about anything on a label you’re worried about, so you can work through your concerns together.