The Summer Weather Forecast According to Environment Canada

Let’s be real—we’ve *all* been waiting for warm weather. 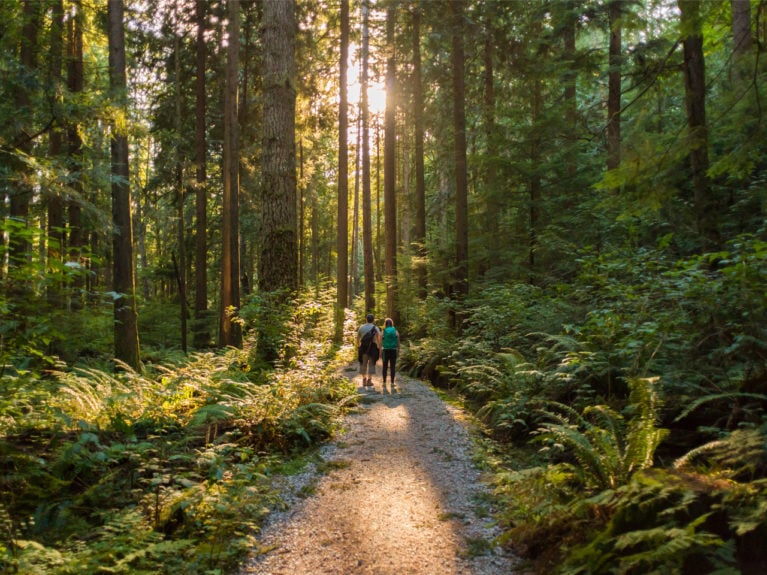 June is finally here to (officially) usher in hot weather. But what exactly does summer have in store for Canadians this year?

While it’s difficult for meteorologists to tell us exactly what the weather will be like all season long, David Phillips, Environment and Climate Change Canada’s senior climatologist, gave us a nationwide temperature and precipitation forecast for June through to August. Phillips and Environment Canada’s forecast looks at whether temperatures and precipitation is expected to be “below normal,” “above normal” or “near normal” based on historical averages.

Though this is a seasonal forecast, it’s still important to check local conditions before venturing outside (we love Environment Canada’s WeatherCAN App). Phillips also urges Canadians to keep an eye out for severe weather events, like tornadoes and thunderstorms, which are common in the summertime. “We’re not just a country of winter severe weather. We get 3 million lightning hits a year. We are the second-most tornado-prone country. We get multi-million dollar hailstorms. We have strong winds, flash flooding rains,” says Phillips. “But I think those are something you can’t forecast apart from the day they’re going to happen.”

Here is what Environment Canada is forecasting this summer, region to region.

Because of below-normal precipitation in the winter and spring (Vancouver has had less than half of its annual rainfall as of June) there is some concern about forest fires in British Columbia. Especially now that it looks like the region will be experiencing a milder and drier summer, “forest fire people are worried about lightning strikes and forests and smoke [this summer]” says Phillips. Currently, the B.C. Wildfire Service has most of the western part of the province at a moderate-to-high danger rating, and most of southeastern B.C. at a very low danger rating.

According to Phillips, the prairies will experience a wetter-than-normal summer—especially in June, which is typically the wettest month in the region. “From an agricultural point of view, that might not be bad news,” Phillips says. “ It may give that crop that needed moisture. There could be a bountiful crop this year, if that precipitation arrives in June and early July, that’s when the crop needs it the most.”

Temperature wise, the areas around central and northern Alberta, Saskatchewan and Manitoba will experience a cooler-than-normal summer. The southern parts of the region are forecast to be warmer than normal. “I would say along the Trans Canada Highway in Alberta, Saskatchewan and into the northern United States [it will be] warmer than normal in that zone,” says Phillips.

According to Phillips, western and southwestern Ontario, from Thunder Bay down to Detroit and Windsor, is forecast to be warmer than normal. The northern part of the province, around Hudson Bay, will experience normal, or seasonable, temperatures. The rest of the province, around Toronto and Ottawa, is forecast to be normal to warmer than normal. In other words, there will still be heat waves in southern Ontario. “We don’t go through July and August without a heatwave,” Phillips says. “But you may be able to count them on your fingers, rather than on your fingers, toes and more.”

Most of Ontario, from the Hudson Bay to the upper Great Lakes by Michigan to Muskoka, will see wetter weather. The one exception is the south-to-southeastern part of the province—that is, from Windsor to the Ottawa Valley—that will have normal precipitation levels.

Temperature wise, eastern Quebec, close to New Brunswick, will experience warmer-than-normal temperatures this summer. The northern parts of the province will likely be more seasonable. In the area around Montreal and the St. Lawrence, there aren’t any dominant trends being modelled, though it will likely be normal to warmer than normal, based on the conditions in the areas around it.

Parts of southeastern Quebec, around Montreal and Sherbrooke, will experience normal amounts of precipitation.

Atlantic Canada is forecast as both warmer than normal and drier than normal. “If I was awarding the gold medal for best summer, lake, good vacation weather, I would probably favour either Nunavut—where not many people live—or the Maritimes,” says Phillips. “And we can really include all of Atlantic Canada in that because when I look at [this summer], it is showing, from a temperature point of view, warmer than normal across almost every city east [of Quebec] to Newfoundland and parts of Labrador.”

One thing to be aware of in Atlantic Canada is hurricanes—summer is the beginning of hurricane season and all of the models suggest this year will be an active one. According to Phillips, there are typically about 12 tropical storms annually in the Atlantic—this year, they’re calling for between 13 to 19, with about half of them becoming hurricanes. Normally, there are about six hurricanes a year. The models are calling for six to 10 this year. Phillips points to warmer water temperatures and favourable winds as what’s behind this year’s busy hurricane season. Though more tropical storms in the Atlantic doesn’t necessarily mean that they’ll all touch down in Canada, Canadians living on the East Coast should monitor their local weather conditions and look out for tropical storms from the Caribbean and the Gulf of Mexico.

The territories will experience warmer-than-normal temperatures this year in the north and in most of Yukon. Around Yellowknife and the southern parts of the Northwest Territory, it will likely be colder than normal and wetter—meaning there is less concern about forest fires in that region.