'She's physically representing the very thing that so many people wish they could do — give him a little swat.' 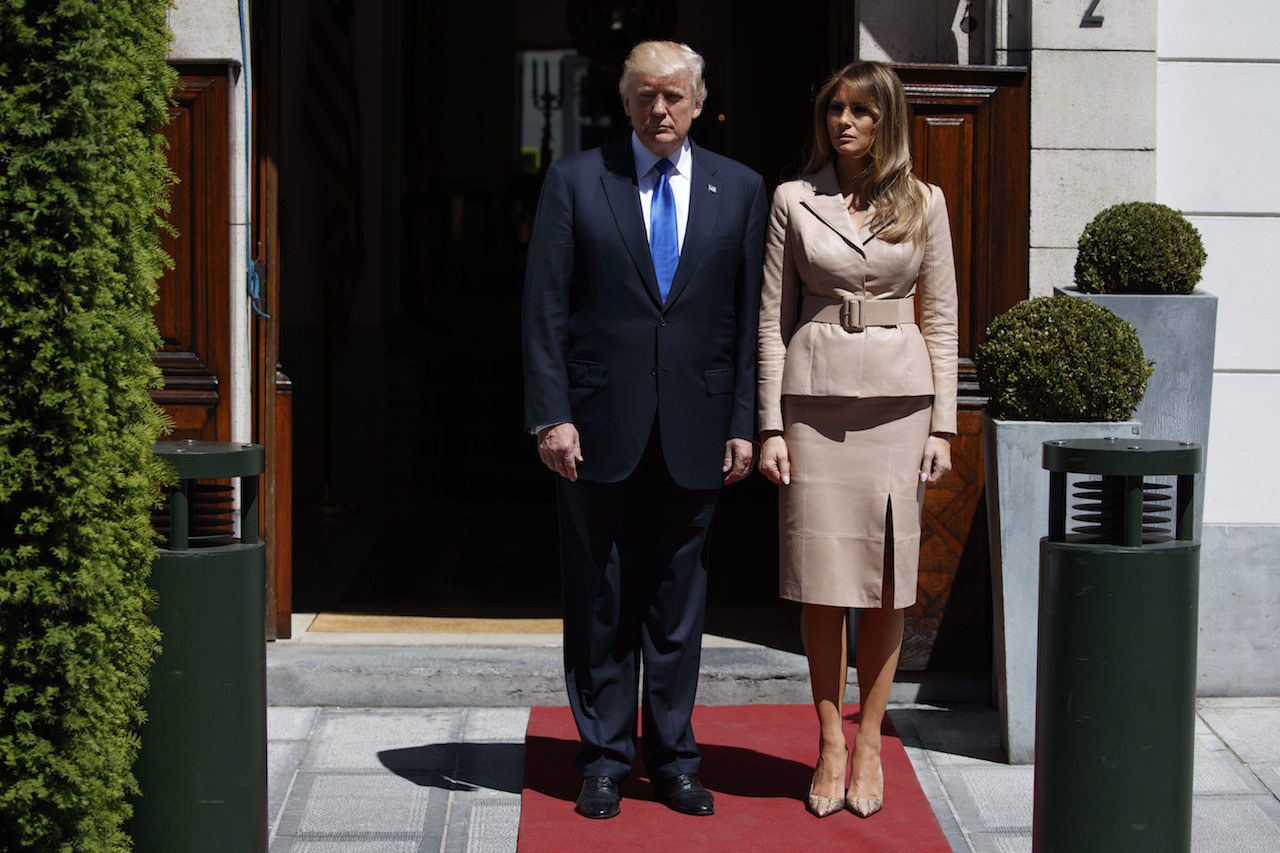 The internet is watching Donald Trump very closely, so it’s no surprise social media exploded after First Lady Melania Trump avoided holding his hand not once, but twice during their first official trip abroad this week. On Monday, the Trumps arrived in Tel Aviv, meeting Israeli Prime Minister Benjamin Netanyahu and his wife, Sara. After deplaning, Trump appears to try and grab Melania’s hand, which she swats away.

Most of America feels the same, Melania pic.twitter.com/Ibde9GWm5u

Although a photo of them clasping hands surfaced the day after the first incident, it was quickly eclipsed when Melania dodged Trump’s attempt to hold her hand again in Rome.

Does it matter if national leaders appear to have a healthy relationship with their spouse? Depending on their popularity, it can be incredibly important, says political strategist and communications expert Amanda Alvaro.

“People look for cues from a spousal relationship. They can manifest their own feelings about a leader based on the cues of their spouse,” says Alvaro, who worked on the 2015 Trudeau campaign and is the co-founder of Toronto-based PR agency Pomp & Circumstance. For example, when Bill Clinton’s sex scandal emerged, he needed Hillary to forgive him, Alvaro says, or his popularity would have sunk to lower levels.

Spouses can also resolve some of the vulnerabilities that a politician has, says Alvaro. “The spouse can humanize the politician. You see them as more of a family person, somebody who is much more relatable because they’re more like you. Also, if a [male] politician isn’t connecting with women and mothers, for example, sometimes the spouse can do that job for them.”

The hand-slap incidents certainly won’t help with Trump’s already-low popularity ratings, Alvaro says. “Right now, especially with his popularity in the gutter, anything [would] help. If Melania showed signs of affection or they looked like they have a healthy relationship, those things would go a long way,” says Alvaro.

“Instead, the fact that his own wife doesn’t want to hold his hand plays into the issues and stereotypes around him. It’s symbolic of how so many of us feel about him. She’s physically representing the very thing that so many people wish they could do — give him a little swat.”

And it doesn’t help that the former first couple of the White House couldn’t keep their love contained. In literally thousands of photos, Barack and Michelle Obama radiated happiness — if they weren’t holding hands, they were locked in a tight embrace.

“Barack and Michelle were highly regarded as the great American love story. . . .They seemed to have a really easygoing relationship that propped each other up,” says Alvaro. “He was the first person to deliver major international addresses and pay homage to his wife. He would go to such lengths to make sure she got the credit she deserved. . . . And then she certainly emerged in her own right as a leader as well. That’s a great example of how a partnership can really captivate a huge international audience.”

More:
No, Justin Trudeau did not photobomb those prom kids
Flying plus-size: ‘I can’t magically shrink myself to accommodate others.’
Subscribe to our newsletters