What Donald Trump's presidency means to me

When Trump won the election, I didn't shed a tear for feminism — I was terrified because of the colour of my skin. How do I move forward in a post-Trump world? 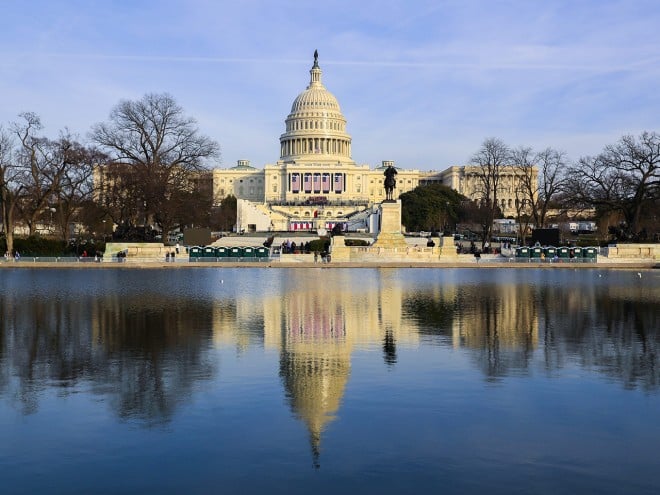 Working at a progressive women’s magazine, it wasn’t surprising to arrive at the office on Nov. 9, and see my colleagues in tears over Hillary Clinton losing the U.S. election. But I already knew her qualifications wouldn’t be enough to land her the job — being exceptional and being passed over is not an unfamiliar feeling to most people of colour I know. Mourning the loss of the opportunity to have a first female president wasn’t a priority for me. Not in the face of what Donald Trump unleashed during his campaign, and what that signalled about his imminent presidency.

Before we confine these sentiments to our southern neighbours, remember that the Canadian election in 2015 was fought over identity politics — while 40 percent of the popular vote hurled progressive poster child Justin Trudeau to a majority government in our bizzaro first-past-the-post system, 32 percent of voters chose Stephen Harper. They may not have voted for him because of his commitment to launch a “barbaric cultural practices” tip line, or his unending quest to deny women the choice to wear a niqab during citizenship ceremonies. But his campaign was based on promises that went a long way toward cultivating a mistrust of Muslims, and that wasn’t enough to compel 32 percent of people to put an ‘x’ beside someone else’s name.

Seeing the growing population of visible minorities (38 percent in the U.S. and 19 percent in Canada) increasingly reflected in politics, media and popular culture has been heartening. But this election made me realize, for some people, that growing visibility is a threat — one that makes people long for “simpler days” (forgetting, or ignoring, that those days weren’t as simple for certain people). Trump’s exploitation of that sentiment had ugly consequences in the U.S. almost immediately — there were 867 hate crimes in the days following the election. Canada saw a spike too: In November, two Jewish prayer centres, a mosque and a church with a black pastor were vandalized with racist graffiti within days of each other in Ottawa; posters promoting the ‘alt-right’ were found in Toronto and Richmond, B.C.; and there were multiple reports of racist outbursts, including one on a Toronto streetcar where a man was told to “go back to your f–king country.”

In the two months since these incidents, Trump has made clear he wasn’t just pandering to racists to win votes. He appointed Jeff Sessions as Attorney General, a man who was deemed unfit to be a judge in 1986 after evidence of racial bias surfaced. Steve Bannon, who peddled fake news motivated by white supremacist values, will serve as Trump’s chief strategist (quality Breitbart reports include casting Clinton staffer Huma Abedin as a Saudi spy and the viral tale of a mob of “Allahu Akbar” chanting vandals setting fire to a German church on New Year’s eve). Trump’s choice for national security advisor, Michael Flynn, tweeted last year that “fear of Muslims is rational” and has compared Islamism to a “vicious cancer.”

Related: Why Canadians should care about Facebook’s fake news problem

This willful cultivation of racism is also exacerbating historical tensions in the feminist movement. A recent New York Times story about racial tensions that divided some supporters of the Women’s March on Washington highlights one example of this. Speaking to PBS, feminist author Roxane Gay said these fractures have always existed. They were obvious in a tense conversation Gay had at a book festival in Georgia in 2015 with second wave feminist author Erica Jong, who had trouble acknowledging the historical exclusion of women of colour in feminist movements. They came to an understanding that work needed to be done to bridge this divide, but Gay made one thing clear: “It’s not going to be work for people of colour. We’re good.”

I’m tempted to agree with her. How can I convince people who are already suspicious of me to hear me out? But, I also can’t live in a world full of palpable racial tension without asking myself, what can I do?

In a piece immediately following the election in the New Yorker, President Barack Obama identified the challenge: “I’ve seen great decency among people who may, nevertheless, have some presuppositions or biases about African-Americans or Latinos or women or gays. And the issue is, constantly, how do we break through those barriers?”

Civil conversation and persuasion is often trumpeted as the solution — for tolerant liberals to tolerate intolerant views over Friday night dinner until some light is let in. While I’m not convinced that’s how to change the world, I’m equally suspicious of shouty tweets that call-out racism without offering an analysis or way forward. It’s dangerously tempting to lump people who just don’t “get it” into a category of people I could never possibly relate to. But isn’t being boxed into a category precisely what I’m railing against?

The morning of Nov. 9, I called my dad in a panic. “It’s going to be okay,” he said. He’s used to watching identity being used as political currency. He grew up in the immediate aftermath of partition in India, a country torn apart by politicians exploiting religious differences. He’s lived in five different countries, many of which welcomed newcomers for their role in boosting economies, without adjusting their attitudes. He’s experienced many faces of racism, from Saudi disgust with South Asians to more traditional anti-immigrant attitudes in Canada. And he thinks “it’s going to be okay.”

Thinking about his life, I’m hanging on to the fact that while progress isn’t inevitable, it is always possible. In the next four years we all have to take responsibility for ensuring Trump’s divisiveness doesn’t creep into the Canadian psyche. I don’t have a roadmap for how to do that yet, but my fear over what will come of Trump taking power has made it clear that I have to start somewhere, and I have to start now.

More:
Why I’m joining the Women’s March in Canada
How to read like Obama: 10 books beloved by the Bookworm-In-Chief
What’s with the Trump-style politics of Kevin O’Leary and Kellie Leitch?