Why propose a prenup?

This controversial contract isn’t just for wealthy lovebirds any more. Women who are working more and marrying later need to protect their assets, too 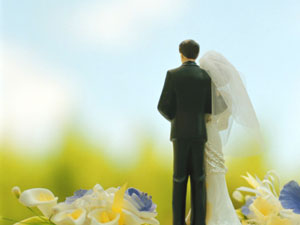 So you’re in love? Getting married! I’m so happy for you, and you know I only wish you the best. But just as a light aside, have you considered a prenup?Not that you’re planning for divorce before the wedding day. Just think of it as insurance. You insure your house, and it’s not like you want it to be struck by fire. It’s just a precaution.

Before you strike me off the wedding list, hear me out. The other day I asked my lawyer, Sharon Bond, about the issue, and she says that the perception around prenups has changed. They used to protect the wealthy from the people who think the quickest way to make money is to marry it. Now they’ve trickled down to the rest of us: women who’ve saved enough money to buy a house, accumulated a pension or built a business. Sharon says that people like us should have some legal security or we might be in for a very nasty surprise if the marriage tanks, as nearly four out of 10 marriages do – especially women marrying later, who face more risk than first-timers. “I’m astounded in this day and age that people are going into marriage two or three without a prenup,” Sharon told me. “There must be a lot of people out there who still believe in happily ever after.”

Like you, I’m an optimist, but the moment you marry, the family home is divided 50-50; essentially you’re handing over half the value of your life savings. We all hope it’s forever, but what if something goes wrong?

The law is slightly different in each province, but here’s how a divorce settlement works in Ontario: You list all assets and their value both on your wedding day and on the day you separated. What you bring into the marriage, apart from the family home, is yours. But you have to share the increase in the value of those assets with your soon-to-be-former husband. So if your business flourishes during the marriage, you’ll owe him half of the increased value of your business. Or, say your husband’s stockbroker does a great job inflating the value of his retirement fund; you’ll get half of that increase. You might have to divide your inheritances. Even your beloved family cottage could be split 50-50 if you and your husband use it on a regular basis.

In British Columbia, you might even have to split the stuff you acquired before you married, if your family uses it. A judge can alter the 50-50 rule if your marriage lasts less than five years, or if one of you racks up huge debts. But without a prenup, you could be in a position of sharing just about everything you have with him – the furniture, Air Miles points, the house, the CDs.

That’s why my lawyer advised Stephanie, her twenty-something daughter, that one day she might need a prenup. Her father inherited a family cottage on land bought by her great-grandfather. The family would be aghast if it ended up in someone else’s hands, so Sharon gave her daughter blunt advice: “If you don’t have a prenup to protect that cottage, there won’t be a wedding.” I know that look on your face. Not exactly romantic, is it? Not easy to broach the issue when you’re in love. Sharon says people ask her if it will kill the romance? “I say, ‘Yes, absolutely. Do it now!’ “

Some people I know avoid the conversation by telling themselves that courts routinely overturn prenups. But not since a landmark Supreme Court ruling in 2004 that concerned a woman who gave up practising law to raise her children in British Columbia. Her prenup had given her only a fraction of the $1.4 million her lawyer husband contributed to the family assets, and she thought the deal wasn’t fair. Still, the court rejected her complaint: She was a lawyer and had sought independent legal advice before she signed. She knew what she was doing.

“I used to tell clients you could only count on a prenup being enforceable for five years,” says Vancouver lawyer Georgielee Lang. “Since 2004, I say you’d better not enter into a prenup and think you’ll get out of it.” The upshot is this: If you had independent legal advice and the prenup was signed well before the wedding day (so you can’t say you were pressured into it), you’re generally bound to it.

If you do decide you want a prenup, you can customize. It can simply say, What’s yours is yours and what’s mine is mine, and what we get together, we divide together. Or, if those embroidered pillows mean the world to you, you call dibs on them.

The cost varies, from a few thousand dollars if you have extensive negotiations between two lawyers to well over $1,500 to $2,000 for a simple prenup with no back and forth. The price might tempt you to snap up some D.I.Y. software kit, but Sharon doesn’t recommend it. “It might give you something to think about, but it cannot explain the law or advise you of the consequences of a prenup or lack thereof,” she says. So call your lawyer. And by the way, you think I can bring my new boyfriend to the wedding?