Why is January Jones eating her placenta?

Last week, Mad Men star January Jones told People magazine that she’s been ingesting her placenta as a means of regaining her strength and replenishing her body after giving birth to her son last fall. 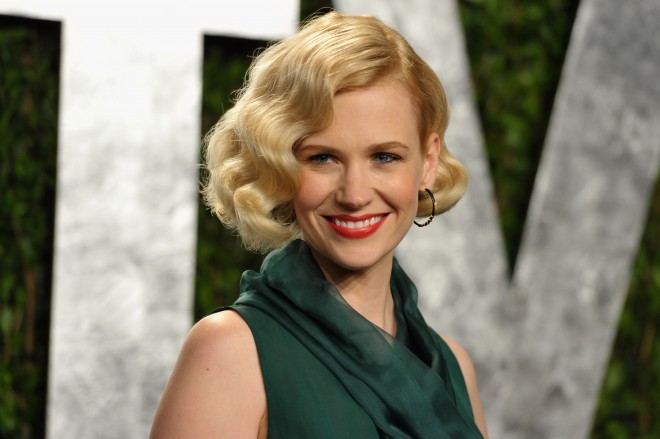 I’ll confess to biting my fingernails and nibbling on my cuticles in times of stress—that tame admission sounds pretty disgusting and My Strange Addiction-ish now that I see it in print—but I can’t say I’ve ever considered cannibalizing another part of my body.

Last week, Mad Men star January Jones told People magazine that she’s been ingesting her placenta as a means of regaining her strength and replenishing her body after giving birth to her son last fall. The placenta is an organ that transmits nourishment and oxygen from the mother to the embryo and later, fetus; a temporary necessity it’s expelled after a baby is born. Because it acts as a source of nutrition, some believe it’s the perfect natural vitamin. Jones takes her placenta in dried, capsule form.

“Your placenta gets dehydrated and made into vitamins,” said Jones, who adds that initially she was hesitant before being swayed by the argument that “…we’re the only mammals who don’t ingest our own placentas.

I think I would have gone with my human instinct to hesitate in the face of a placenta, but Jones seems to feel that the capsules form part of a recuperative regime that works for her.

NYTimes writer Nancy Redd, who wrote about consuming her placenta (she regrets it—big time, you can read all about it here), adds that some of the purported benefits include alleviating or staving off post-partum depression, increased milk supply and anti-aging effects.

Jones isn’t the first new mother to down her placenta along with her multivitamin in the morning. As the Huffington Post noted recently, there have been many mothers who’ve talked up the values of doing so. But is the placenta really an energizing boon to post-natal health or just a placebo? Unfortunately, there doesn’t seem to be a lot of persuasive evidence one way or the other on the question of whether or not to ingest a desiccated placenta.

Nancy Redd, for one, believes there should be, however.

Writes Redd: “Perhaps one day there will be clinical studies on human placentophagia, and we’ll find out more about the pros and cons of the practice. Possibly we’ll eventually be able to obtain a prescription for placenta processing, to make sure we know what’s really in those “cleansing herbs.”

Dear readers, is this something you would ever entertain doing?