What to do if you're being harassed online

High-profile cases of trolling — like the Twitter abuse endured by Leslie Jones and Jessica Valenti — are troubling and indicative of a wider problem. Here's what you can do to protect yourself. 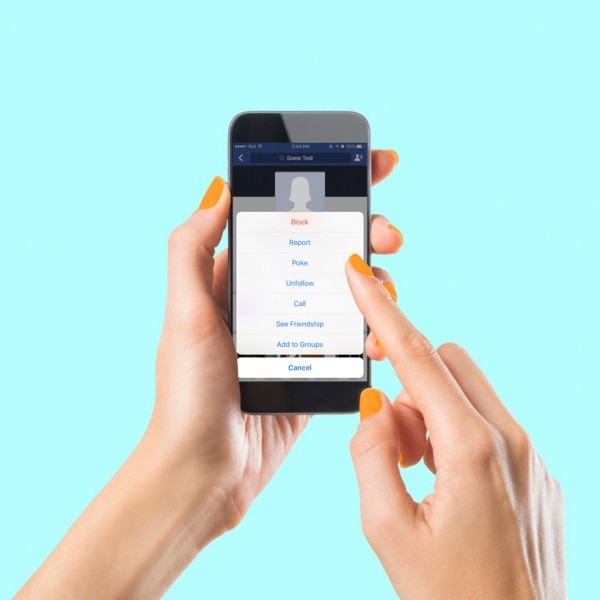 The recent attacks on Ghostbusters star Leslie Jones brought the dark side of Internet culture into mainstream focus. Sadly, her victimization isn’t unique: a 2014 survey by Pew Research Centre in the U.S. suggests that 40 percent of internet users have experienced some form of harassment and/or abuse online. Millennials are at particular risk, and young women are sexually harassed and stalked at disproportionally higher rates.

The harassment ranges from banal “you’re-such-a-man-hater”-type slurs to death threats. Like what happened to Jones, Lalonde’s Twitter profile has also been copied by trolls in an attempt to discredit her. “They sent racist and xenophobic tweets to organizations I work for,” she says.

The abuse is offline, too: “As of last weekend, I now get threatening phone calls because [someone] posted my phone number online.”

Related: ‘I hope your boyfriend beats you.’ The PSA every man you know should see

Sophia Banks can relate. “When I came out as trans, I was running a wedding business and I was having trolls leave fake reviews everywhere. They were actually trying to harm my business and my income,” says the Montreal-based artist/trans advocate.

People told her to kill herself, called her a man, told her she was ugly. “It was a really traumatic experience,” says Banks — a trauma that was compounded by the standard advice that urges victims not to feed the trolls.

“When we say, ‘just ignore it’ we are literally saying that we are forfeiting the Internet to abusers. We are saying this belongs to you and we just get to visit and that’s it,” says Lalonde. More importantly, she says, turning the other cheek doesn’t work.

The Internet’s troll problem remains unsolved, but that doesn’t mean you’re helpless if it happens to you, says London, Ont.-based lawyer David Canton, who advises on social media law. “There’s only so much you can do sometimes, but people shouldn’t just give up or sit back and take it. See if you can do something.”

1. Put your settings to work

Take advantage of the tools provided by the platform you’re using, says Cara Zwibel, director of the Fundamental Freedoms Program for the Canadian Civil Liberties Union. Twitter offers mute, block and unfollow functions so users can avoid, mitigate and/or reduce harmful interactions. YouTube allows you to block harassers and delete their comments, and Facebook lets you unfriend and block people who are bothering you.

Both Lalonde and Banks say they rely heavily on Twitter’s block feature, though both lament its limitations as well as the tendency of trolls to abuse across platforms. And the fact that so many women decide to “take a break” from social media because of trolling is proof that tools and settings can’t adequately deal with the problem. Most recently, feminist author Jessica Valenti tweeted that she was logging off social media after receiving a rape and murder threat against her 5-year-old daughter.

2. Report abuse to the platform

Don’t be shy; document and report harassment (it helps to know what kind of documentation the platform prefers; for instance, Twitter prefers URL links over screenshots). But don’t expect a miracle either. “I’ve reported so many people to Twitter,” says Lalonde. “I can’t even comprehend an approximate number and I think I’ve gotten three or four people booted from the platform as a result of harassment. Maybe.”

For this reason, Zwibel cautions people to moderate their expectations when it comes to reporting.  “There are things you can do but they won’t always be effective…you also have to be aware of the limits of these platforms, which are commercial, profit-driven [enterprises].”

Lalonde and Banks have both reported death threats to police and warn that it’s beneficial to arrive with significant documentation of threats, harassment, etc, if you want to see the matter handled seriously. (Lalonde keeps extensive documentation, including printouts and digital files.) Canton agrees that documentation is key. “If you have evidence to prove it people tend to believe you a lot more,” he says.

There are online spaces where you can find support and advice. Crash Override Network offers a crisis helpline and private assistance to people who are being trolled. Crash Override’s CEO Zoe Quinn, a game developer, was reportedly inspired to start the service after she suffered her own trolling episode.

There’s also Heartmob, which launched in January. In addition to offering detailed social media safety guides for all the major platforms, it provides a forum for people to share their experiences and ask for support.

“If you are being harassed you can go onto Heartmob and share your experience and you can ask for help in any way that you want,” says Emily May, Heartmob’s co-founder and executive director. That help includes everything from receiving supportive messages to asking people to help you document and/or report the harassment.

“You can literally ask people to do anything else that you can think of,” says May, who relied on Heartmob to steel her through a tough patch online. (After launching the platform, she and her colleagues were threatened and harassed; that terrifying and painful episode brought home the reason why so many people don’t speak up against trolling. “You can’t say anything about online harassment without experiencing online harassment.”)

Lalonde, who was part of the development team of Heartmob, says that being able to draw support from a compassionate community makes the dark cloud that hangs over her head every time she logs on to Twitter or her email slightly more bearable. “I’m just flooded with garbage and you have to weed through the garbage to find the good stuff,” she says, “and so to be able to login to Heartmob and see complete strangers flooding you with supportive messages…it’s a breath of fresh air.”

5. Use your online presence to fight the good fight

Baker admits that she used to actively engage with trolls; now she simply blocks and reports abuses. More importantly, she’s created her own personal Heartmob: she says her 17,000 Twitter followers are quick to close ranks when a threat appears.

Both Leslie Jones and Jessica Valenti used their Twitter feeds to highlight the hideousness of trolling and to call for action from social media companies and, in Valenti’s case, law enforcement.

Lalonde also finds solace from online abuse by using her voice to speak out online. She says that of all the strategies to curb trolling, none gives her as much satisfaction as using the platform to shed light on what’s happening to her. What hasn’t worked? “Keeping silent about it.”

More:
Hillary Clinton has turned the U.S. election into a showdown over gender
Asking Polly: Heather Havrilesky’s best advice for our modern age
Jennifer Aniston finally speaks out — and she isn’t alone