On top of the world

Whether it's for the stunning views, fabulous cocktails, or bacon, egg and dim sum breakfasts, a trip to Beijing's tallest building is a must 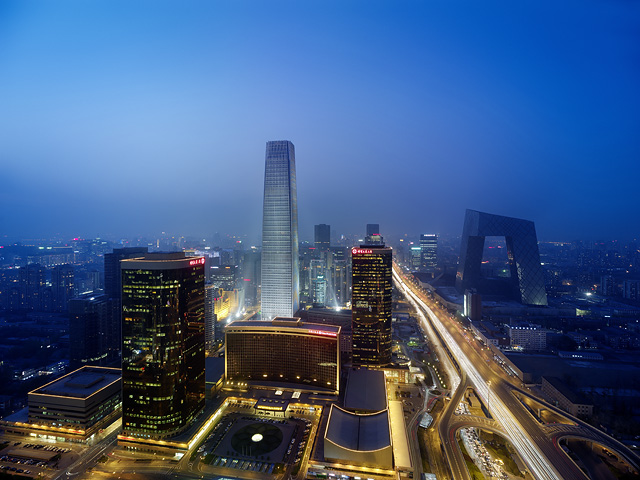 When you only have a few days to spend in China it’s important to strategize. I scoured my guidebooks and carefully planned my daily itineraries so that I wouldn’t miss any of the must-see monuments. I also wanted to make sure I stayed somewhere nice and figured I could justify the expenditure after a few weeks of budget traveling in Vietnam.

It turns out there’s no better way to see the city and have a great night’s sleep than to head straight to the peak of Beijing.

The China World Summit Wing is situated on the upper floors of the city’s newest landmark – the 330-metre tall China World Tower, which is also Beijing’s tallest building. Not only could I spot my hotel from Tiananmen Square, half way across town, it was also the perfect vantage point from which to watch the Chinese New Year fireworks constantly erupting out of every window in the city.

The hotel just opened in the summer of last year and the 80th floor bar, Atmosphere, has also become the place to see and be seen in Beijing. I welcomed the Year of the Rabbit with several Moscow Mules (my new favourite cocktail) perched high above China’s capital.

I was also able to completely obliterate my second New Year’s Eve hangover with a trip to the onsite sanctuary. The Summit Wing’s health club facility is more Zen retreat than hotel exercise room. Ambient music flows through not only the air, but also the water! I couldn’t believe what I was hearing the first time I went for a dunk in the indoor infinity pool. My senses were soothed even when submerged! Oh, and the steam bath – scented with lime, cinnamon and ginger, I felt like I was being steeped in fragrant Chinese tea while sweating out the sins of the night before. 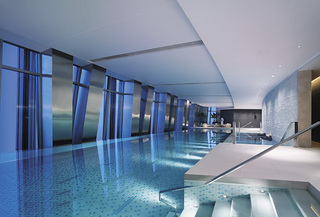 I’d wrap up my Beijing mornings with a trip to one of the onsite restaurants, Grill 79, for my ideal east-meets-west breakfast – bacon, eggs and dim sum (I’ve decided that when on vacation it is totally kosher to order several courses of breakfast…especially when you’re pinching pennies and eating ramen the rest of the day). And, really, when’s the next time I’ll be ringing in the Year of the Rabbit in China? Might as well celebrate…and I couldn’t have picked a better place to do it.

In short, The Great Wall was breath-taking and the Forbidden City absolutely enchanting, but so was my hotel. It’s hard to find serenity in a city as enormous as Beijing, especially during Chinese New Year, but every day at the China World Summit Wing I woke up with my head in the clouds, literally. I’d say that’s pretty monumental.