Women of the NHL: Dr. Rachel Linke on life with Coyotes' Sam Gagner 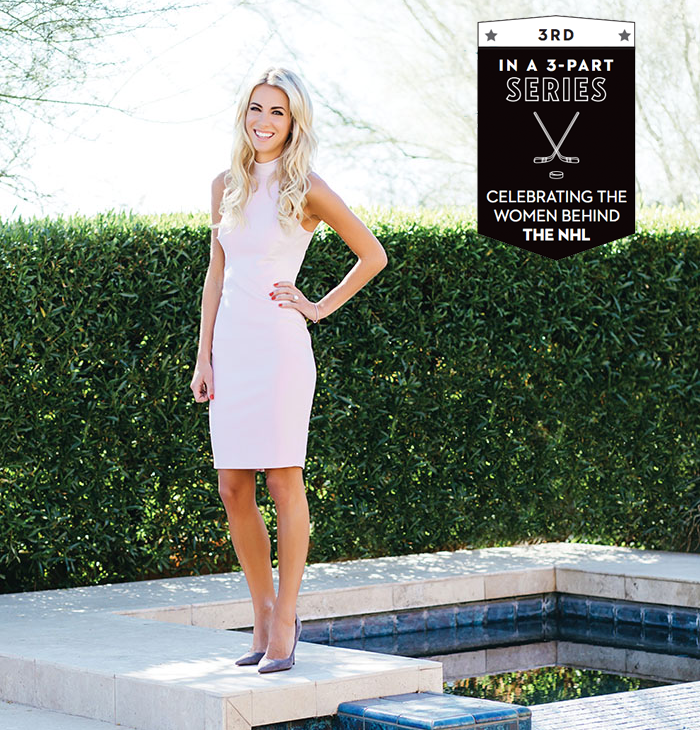 In the fall of 2013, Dr. Rachel Linke was in the middle of reading a patient’s heart test when her cellphone rang and her own heart dropped: It was about her fiancé, NHL player Sam Gagner. “They don’t call unless something is wrong,” she says. Rachel, now 27 and a second-year medical resident, was told that Sam had been on the receiving end of a nasty high stick that slashed across his face during training camp for the Edmonton Oilers. “They said he was bleeding a lot and they were taking him to another hospital,” she recalls. Sam had lost four teeth, but he called Rachel (who still had 12 hours left in her shift) to reassure her that he didn’t think his jaw was broken. He was wrong.

“Sam had one of the worst breaks you can have. His jaw was shattered,” says Rachel. A team of doctors worked on him (some were Rachel’s friends, whom she texted for updates) and ended up replacing his lost teeth and inserting six screws and a plate to hold his jaw together. His jaw was wired shut for three days. “It was hard because I know all the complications that can happen with the surgery, and I know it’s one of the most painful injuries you can get,” Rachel says. Despite her protests, Sam returned to the ice five weeks later after missing only 13 games (his doctors had recommended he sit out for up to eight weeks). Rachel was too upset to watch. “It was awful. People don’t see that side of hockey. They love seeing the fights and the action, but those are real people behind the masks.” 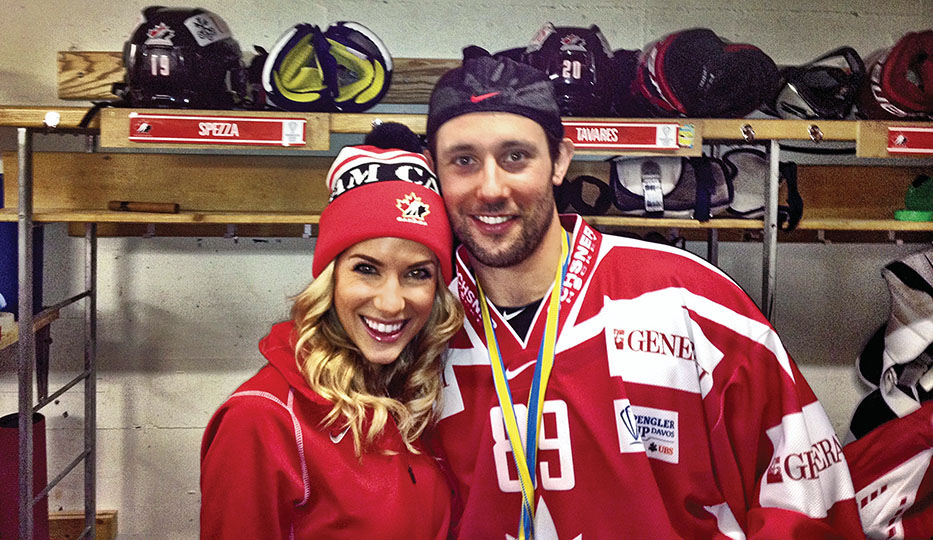 Keeping warm at the rink. Photos, courtesy of Rachel.

Rachel and Sam met by chance six years ago when they were at a bar in Edmonton with mutual friends. Sam was finishing his rookie year with the Oilers, but Rachel didn’t know who he was. “I was always too into books to pay attention to boys, and I wasn’t a hockey fan,” she says. “But Sam made me laugh right away, and I loved that he was so determined and motivated — I find that very attractive.” With Rachel still considering medical school and Sam starting his NHL career, the pair stayed in touch but didn’t date for another two years. “We always joke that Sam didn’t want to date me until he knew for sure I was going to be a doctor,” she says with a laugh. Rachel’s now in her last year of residency and will be finished by summer. But she may find herself practising in the U.S. — last June, Sam was traded to the Arizona Coyotes.

The trade came as a huge surprise to Rachel, who was getting ready for their wedding at the time. “Sam wasn’t traded during the official NHL draft days, so I just assumed that was it,” Rachel says. A few days after the draft, while relaxing at the cottage they own with Sam’s parents in Muskoka, Ont., Sam got a call from his agent. “Sam came to say he needed to talk to me — he looked so serious I thought someone died!” As it turned out, Sam had been traded to Tampa Bay. Not knowing how else to react, she laughed. “I was like, ‘We got what? I’m getting married in a week and we’re moving?” Within an hour, Sam was traded once more, to Arizona. Rachel called her parents before the news hit Twitter. “I had a bit of a cry session because it meant doing long distance with Sam, and I hadn’t planned for that,” she says. 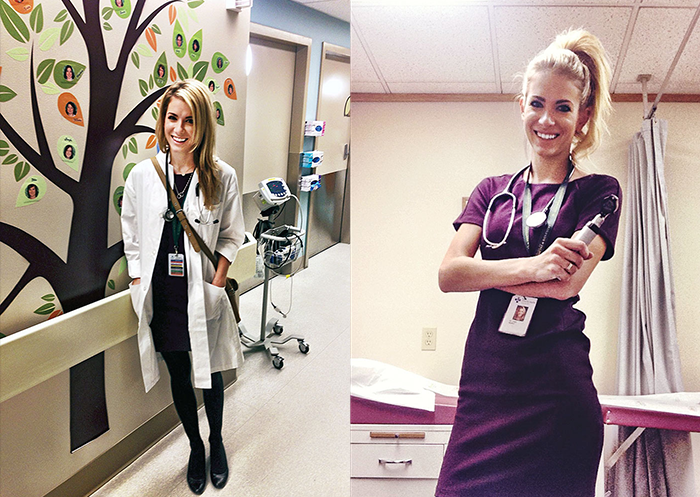 Rachel at work at a family medicine clinic in Edmonton.

Rachel plans to take the American board exams later this year so she can look for a job in the U.S. and live with Sam in Arizona full-time. “We’ve been dealing with the unexpected our whole relationship. I think we’d be bored without the excitement,” she says. “We definitely won’t miss the cold winters!”

The couple want to have a big family, and Rachel would love to have her own practice someday. For now, any time the two get to spend together is precious. During the off-season, they like to check out new Edmonton hot spots (their current favourite is Bar Bricco) and dance the night away at concerts (they went to see Lil Wayne and Drake in Arizona last summer). Sam receives his game schedule at the start of each season, so Rachel takes on as many shifts as she can while he’s on the road.  “I just finished a general surgery rotation, so I’d get up around 4:30 a.m., grab something to eat and run out the door,” she says. Every four days or so, she works a 24-hour shift where she might get one or two hours of sleep. “Luckily, I don’t need as much rest as most people!” she says. All those long shifts are worth it when she has more time to spend with Sam when he returns. “We get to sleep in the same bed and wake up together. It’s the little things like that that make our relationship feel a bit more normal.” 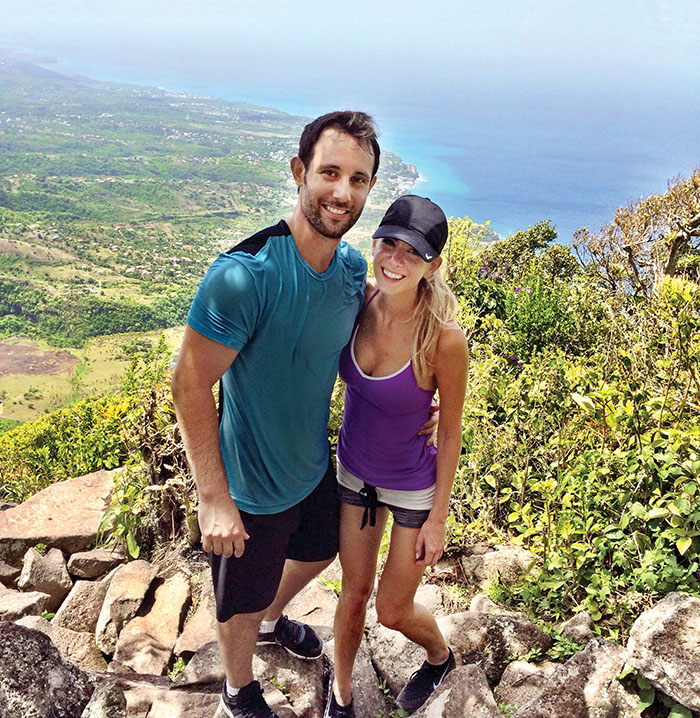 Sam and Rachel in St. Lucia on their honeymoon.