Ending my pregnancy, and saying goodbye to the son I was already in love with, is the hardest thing I've ever done. 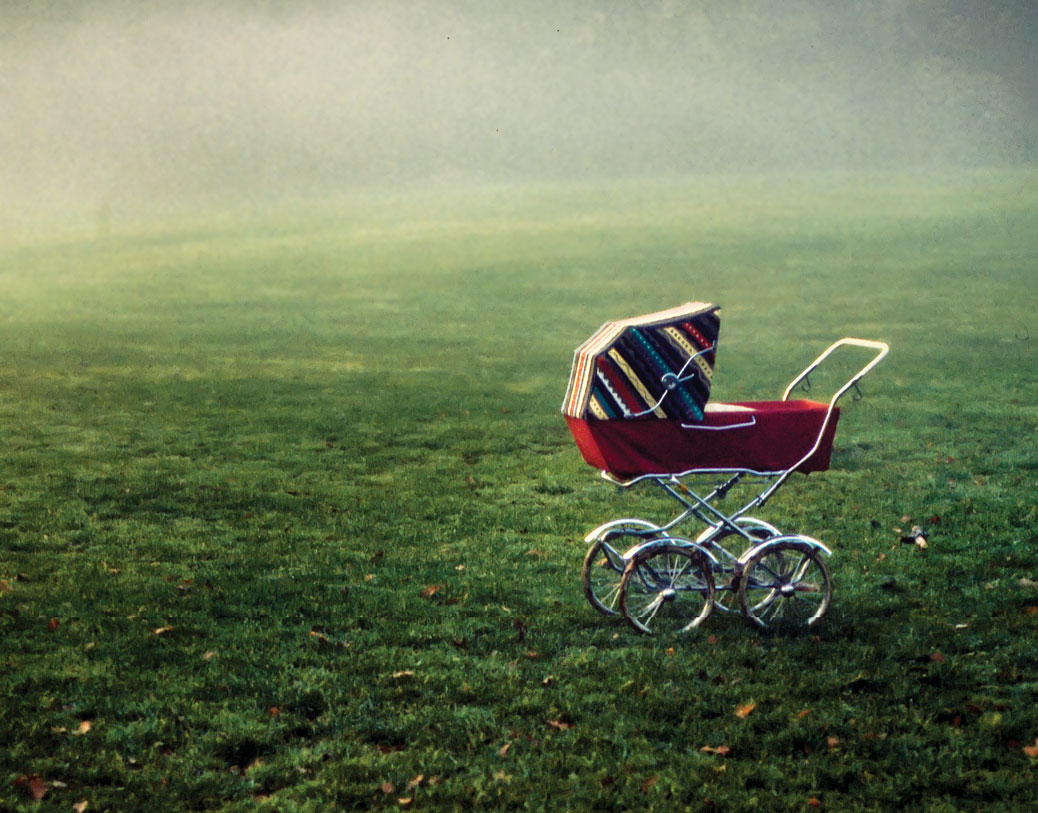 Three years ago, I did something I had never imagined myself doing: I chose to end my pregnancy at 19 weeks. Four years earlier, when I was expecting my first child, I was offered a 12-week genetic-screening ultrasound, which I refused, telling my midwives that it was completely unnecessary. Even if there was something “wrong,” I wouldn’t have done anything about it anyway.

When asked about a genetic screening this time, I gave the same answer: “If I wouldn’t terminate, why would I bother to find out?” Besides, my situation was different this time. The first time I was on my own — the father wasn’t there for my pregnancy or afterwards. Now I’d been with my boyfriend for two years, and though the pregnancy wasn’t planned, we had completely embraced the idea of having the baby. My boyfriend moved in and became a father to my daughter.

Eighteen weeks into my pregnancy, I started to worry. I had gained more weight than is typical (40 pounds), and my midwife felt that an ultrasound might be a good idea, to ensure that I wasn’t carrying excess amniotic fluid. Onscreen everything seemed fine, and our baby boy looked normal. But a few days later my midwife called; they had identified three “soft markers” indicating Down syndrome. We decided to go for an amniocentesis and genetic counselling after a lot of research and introspection. Because of how far into the pregnancy I was, we were told we would have a week to decide what to do after getting the results.

I spoke to my closest friends and family, looking for advice, and was taken aback by the overwhelming opinion that terminating the pregnancy should be my only consideration if our baby had Down syndrome. I heard everything from, “Why would you choose to go into this knowingly?” to “Think about the impact this would have on your other child” and “How could you manage? It would take over your life, and things would change drastically — forever.”

My partner also felt that terminating the pregnancy was the obvious choice. A defining moment came during a family dinner, when I had all of those I loved the most in the world around me. I was worried about discussing it, as I have a sister with a physical disability. How could I tell her that I was contemplating ending a pregnancy because of a disability? But she looked at me directly and said, “I’ve lived with a disability for most of my life, and I wouldn’t wish it on anyone. Please think hard about what you’re doing to this child if you choose to bring it into the world.”

After much discussion and soul-searching, my partner and I came to the agonizing decision that should the results be positive, we would end the pregnancy. Our counsellors rallied around us and did their best to help us feel justified in our decision. I specifically recall the head of genetics saying, “Many Down syndrome children will be subjected to dementia by adulthood and not even know who you are.”

The amnio itself was a heart-wrenching experience; there was my baby on a screen as if he was right in front of me — and as the needle entered my amniotic sac, he reached out and grabbed it, and they had to wait to withdraw it as he had a firm hold of it in his little hand. We left with the hope that all of this was a false alarm, and that our child surely would be OK.

That Friday, I went through my workday planning for the worst. I remember being extremely calm and feeling a certain amount of resolve. When the genetic counsellor called at about 3:30 p.m., I put her on hold to conference in my partner, and then heard the words, “I’m so sorry to tell you that the results were positive; there is a 99.9 percent chance that your baby has Down syndrome.”

Everything started to swim in front of me. With tears streaming down my face, I turned back to my computer to wrap up the last bits of work before I left for the hardest few days of my life. I looked up and my partner was standing there. I don’t know how he got there so quickly — he worked two blocks away. He guided me out of the office, and I could manage only a nod to my colleague who was on standby to take over for me.

We picked up my daughter, and I knew that this would be the toughest part of what was to come. She had become extremely attached to her little brother — who she’d named Tommy — kissing my belly daily. She was so excited to have a sibling on the way. I couldn’t hide my grief for a moment; I sobbed and told her that we had found out that Tommy was sick, that she would be going to her grandma’s for a few days, and we weren’t sure if he would make it and still be in my tummy when she got back. As her face registered what I was saying, she got up and ran to her room, returning with a stuffed animal that she placed on my stomach, and she continued to run back and forth, piling my tummy with animals. I eventually stopped her and pulled her in, and we cried together for what felt like a very, very long time.

The next day was Saturday — and Earth Hour. I encouraged my partner to go to a wedding we were invited to, as I saw it as an opportunity to spend time alone with Tommy. When the house emptied and the quiet took over, I slowly unplugged, turned off and disconnected everything electronic in the house. I lit some candles, lay on the floor, placed my hands on my stomach and spent the next hour saying goodbye to the being that I had fallen deeply in love with, who continued to kick and wriggle.

The Monday of the surgery felt mechanical; I knew what it was that I had to do, and I managed to get through the procedure. We came home to a massive box of gourmet food that my family and close friends had sent, with a card that said, “This comes with more love than you can stand.” My partner was incredibly supportive and caring in the days that followed, while I struggled to come to grips with the emptiness inside.

Although the counsellors were amazing, I wish they had better prepared me for the emotional aftermath. My relationship ended within six months, in hindsight largely because of the emotional roller coaster that stemmed from the hormonal confusion in my body. It was months before I stopped feeling the phantom kicks. When I returned to work, I received puzzled looks from people I crossed paths with regularly (“Weren’t you pregnant a week ago?”) and then sympathetic looks when they realized what must have happened. The story I maintained to my co-workers and acquaintances was that I had “lost” the baby. It was many months before I could admit what had actually happened and, even then, only to a very select few.

A couple of months later, I passed an acquaintance on the street. She was pushing a baby carriage, and as I peered in, I immediately noticed the signs of Down syndrome. She told me, “She has Down syndrome, but she’s a wonderful baby.” I wanted more than anything to speak with her about it — to ask her if she had known and made the choice to go ahead with her pregnancy, or if she had decided to forgo the genetic testing and regretted her decision not to. I wanted to share my story with her, and to let her know what it was like being on my side of the decision. But instead I wished them well and continued on my way.

I am sharing my story now in the hope that it will help people weigh their options when it comes to genetic testing. Each year during Earth Hour, my daughter and I spend some time talking about Tommy. We pull out the special box that contains his ultrasound pictures, the outfits I bought him and letters and pictures we add in his honour. I think it’s important for my daughter to express her grief and to talk about our loss rather than burying it. That said, I don’t know when I will be able to tell her the truth: that “losing” Tommy was a choice that I made. I don’t know what my decision would be if I was faced with the same situation now. As I sit here today, almost three years later, I pray for those who may be going through this, and I try to forgive myself. I’m not sure if I ever will.