How to safely intervene if you witness a sex assault

We talked to an expert on bystander intervention about doing the right thing without endangering yourself. 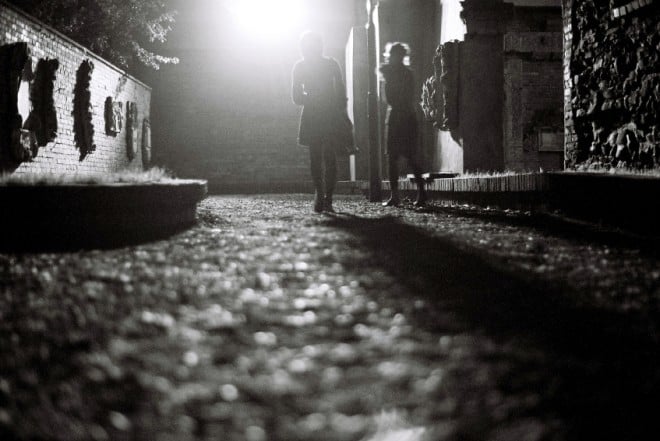 In mid-March of this year, a woman was allegedly drugged and gang-raped by four men in Panama City, Florida. It happened during the frenzy of Spring Break on a beach crammed with hundreds of people, yet no one stepped in. The incident bears an eerie similarity to the alleged rape of Nova Scotia high-school student Rehtaeh Parsons at a party in 2011. The incident was recorded on a phone and disseminated throughout the student body. Two years later, Parsons attempted suicide and died of her injuries. Why didn’t anyone try to stop these assaults?

For women, the question of whether or not to intervene can be especially difficult. Do we simply avert our gaze or do we step up on a stranger’s behalf and risk making ourselves vulnerable to an attacker? We asked Dr. Charlene Senn, a professor of applied social psychology and co-founder of the UWindsor Bystander Initiative, for tips on how women can safely help out when they witness sexual harassment. Senn stresses that there’s no right or wrong action — the decision to intervene (and how to go about it) is all about the observer’s level of comfort.

What should women do if they witness a sexual assault in progress?

I’m not prepared to say what anyone should do. Every situation has its own constellation of factors. The goal is to do something and stay safe in the process. We’d never say there’s a specific order, either — calling law enforcement might be the first thing you do in a specific situation. You may never get to that step.

Let’s do an intervention case study. Say I’m walking down the street alone at night and I see another woman being accosted. What can I do?

Let’s start earlier than that: You see a woman ahead of you and a man crossing the street when she crosses the street [to pursue her]. He’s far enough away from her, but there’s something about this dynamic that makes you uncomfortable. One of the things people have done is run up to her, say, “Oh, hi!” like they know her and walk with her. Pretending you know somebody is a very effective intervention. At this stage, there is no physical confrontation, and your interpretation [of the situation] may be wrong or right. Somebody else might perceive that situation to be dangerous already, and they could call 911. You could also call someone else and talk it out with them while walking to ask what they think you should do. It’s about pulling in friends and thinking creatively.

Then it’s about getting somewhere safe. Say to her, “Let’s go into this corner store.” This might involve dialing 911. It’s better to get the police involved and just get her away from him.

Here’s a second scenario: Let’s say you’re a woman of university age at a party with friends, and you notice a strange guy harassing a girl.

You’re still in public, so there are lots of opportunities here, but you’ve recognized that the situation appears to be unsafe could escalate into a situation that’s even more unsafe. One thing you could do is to approach her and say, “I wanted to ask you about class!” and pull her off to the side. He doesn’t know you don’t know her, but she’s likely to follow your cue because she wants to get away. Put yourself between the woman and the person who is clearly bothering her. Then say, “Sorry, it looked like he was really bothering you. I thought you’d have more fun over here instead.”

If you’re with friends, you could also ask a male friend to approach him and say, “It looks like she doesn’t want your attention. How about you find somebody else who’s interested?” Again, these aren’t high-threat situations; there’s no aggression here. At that point, it’s all about keeping things cool; not escalating, but taking action. Many situations can be diffused quite easily through inventive solutions, so creativity is encouraged.

What other creative solutions have you come across during your time with the program?

One blanket thing I’d say is that it’s totally fine to lie. Many of the behaviours we’d see as not socially acceptable under other circumstances are fine in this setting. You can also delegate by asking other people to do things. Say, “Excuse me, this woman needs help, can you go get the bouncer? I’m going to try to talk to her.”  Or, “Please call 911. This is an emergency.” It might seem unusual, but it says to that person, “This is your responsibility now. Nobody else is doing it, so I’ve asked you to.” Way more people will help when they know what they should do.

What would you say to people who want to intervene but feel like it’s not their business?

Remember that this could easily be your sister, your mother or your daughter. One of the things is to try and narrow the division between “us” and “them,” who we are and the person who is being [harassed]. People usually help their friends more than they’d help a stranger, and what our bystander program seemed to do was to broaden that circle of care. We need to change the culture so that everyone thinks it’s their responsibility.