Ms. Chatelaine: From blockbuster ballet roles to global volunteer missions, rising star Jillian Vanstone has the world at her feet 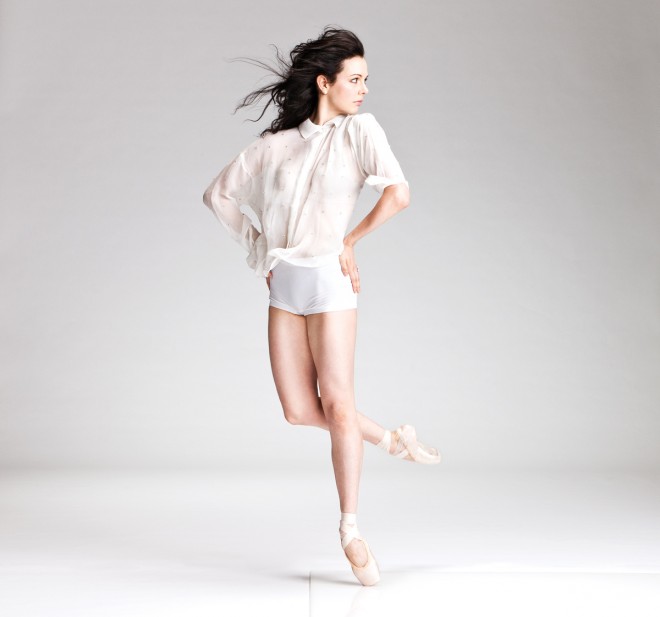 Long before she steps out of the wings, Jillian Vanstone gets in the zone by pressing play on her iPod. “I listen to everything from Adele to Eminem’s ‘Lose Yourself.’ They get me pumped!” Perhaps not quite what you’d expect from a soft-spoken, slight Nanaimo, B.C., native who started taking ballet classes at age six.

By eight, Jillian was certain she wanted to be a ballerina. She recalls meeting principal dancer Evelyn Hart at a performance of Swan Lake around that time. “I wrote her a letter on a program insert and asked an usher to deliver it. She invited me backstage, but I was so awestruck I couldn’t say a word. I just stood there bug-eyed!”

Principal dancer is a role she has taken on recently herself, playing Alice in Alice in Wonderland, which she describes as the highlight of her career. It’s a lead she will reprise this fall, performing at home as well as in the States and the U.K.

Jillian was just 13 when she left home for Toronto and joined the National Ballet of Canada in 1999. “As soon as I found out about professional ballet school, I begged my parents to let me go,” she says. “It’s hard and it can be very emotional, so you have to want to do it for yourself,” she says. “But the highs — dancing a role you love, with a partner you trust, with the music, the costumes, the story…. It makes you feel so free.”

And the lows? “When you audition and you don’t get a role, it’s hard not to take it personally. My job is my body, and I’ve been invested in it for a long time.” Then there’s her gruelling schedule of up to seven hours’ training a day, as well as performances, which can hit her social life pretty hard. Jillian compensates in quieter seasons: “I try to make more effort — I cook a lot of dinners and treat my husband because sometimes my roles can be all-consuming.”

This year she’s looking forward to having her parents visit at Christmas. “I’m always performing in The Nutcracker so I can’t travel, but there’s something really special about being together at that time of year. And even my brother who lives in Dubai is coming!”

To maintain stamina (her Alice performance clocks in at close to three hours), Jillian eats healthily, and she’s been avoiding gluten for five years. Cutting it out relieved her insomnia and allergies, and sparked her interest in nutrition, which she says is something she’d like to explore when she retires. (Most ballet careers end at around 40.)

“I’m fascinated by enhancing performance through nutrition,” she says. “What I put in my body can help my joints and give me more energy.” Jillian is also an ambassador for Artbound, a non-profit that aims to reduce poverty around the world via art initiatives. “I spent two weeks in Kenya last year, flinging Spackle on walls and laying bricks,” she says of the arts pavilion she helped build alongside fellow Canadian Nelly Furtado. “None of the girls had ever heard of ballet, let alone seen it!” she says. “I performed and taught them a few basics — it was magical.”

I define downtime as… brunch with friends.

My biggest beauty indulgence is… Body Blitz Spa (Toronto) for water-therapy treatments. The hot- and cold-water circuits are great on tight muscles.

I wake up in the middle of the night thinking about… an upcoming performance.

My favourite moment of the day is… in the morning when I have my tea and open up the paper.

The biggest mistake I ever made was… I used to worry about my weaknesses rather than emphasize my strengths. But I’m getting better at that.

My guiltiest pleasure is… splurging on a fancy meal.

Raw almonds: “They’re good for energy — a quick and easy snack at rehearsal.”

White tea: “I have loose-leaf tea from Davids Tea every single day.”

Travel pillow: “It’s made of buckwheat husks. Hotel-room pillows are too thick for me.”

My foot roller: “It’s essential to stretch out my muscles.”