There's A Record Number of Women Running in Election 2019. Here's Why

It takes a lot of time, a lot of effort, and a LOT of asking. 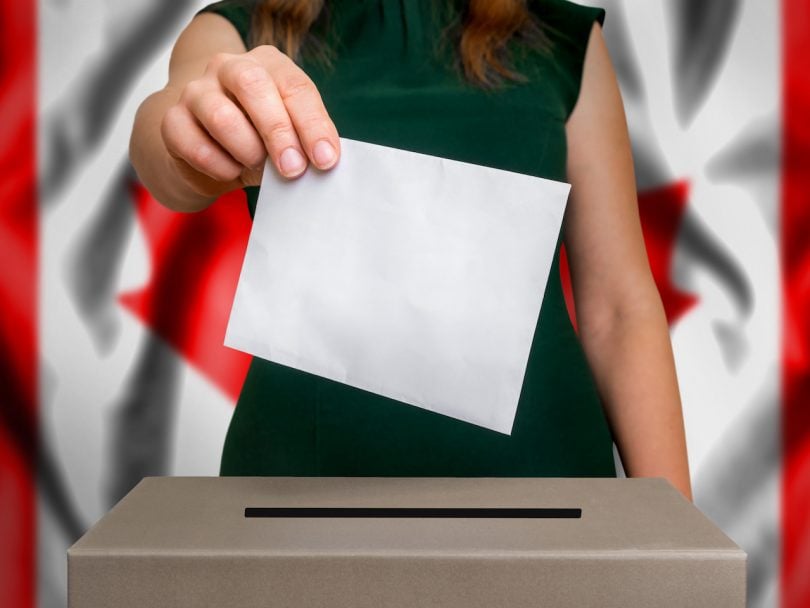 Chances are good that at least one of the candidates knocking on your door this election campaign has been a woman. There are more running in this election than ever before in Canadian history, according to Equal Voice, an organization that advocates for women’s involvement in politics. It’s not just because it’s 2019, to semi-quote the man vying to remain the country’s self-proclaimed feminist prime minister. It’s also thanks to a concerted effort on the part of the federal parties to find woman candidates.

The number of women running federally jumped nine percent among the four major parties in this election, Equal Voice reports. Chatelaine asked insiders in each major party to explain exactly how they got more women to run for their respective parties—and how they’re helping them succeed in the run-up to election day. The gist? It takes a lot of time, a lot of effort, and a LOT of asking.

You might remember some early campaign headlines about the New Democratic Party of Canada being short more than half their candidates on the eve of the election call. That’s partly because they weren’t at gender parity, said national director Melissa Bruno. Now the NDP has more women candidates than any other party. They committed to running 50 percent women candidates for the past two election cycles.

The field organizers, who help their electoral district associations (EDAs) find candidates, had strict equity rules to follow ahead of nomination. “Unless they’ve proven to us they’ve had a meaningful attempt at attracting someone from an equity-seeking background, we don’t allow the meeting to go forward,” Bruno said.

“We take an approach that’s effectively not taking no for an answer,” Bruno said. “We’ve gone back to women a number of times—eight to 10 at least” until she said yes.

Candidate-curious women have been sold by seeing NDP MPs such as Christine Moore and Niki Ashton have families and be effective politicians. Ashton’s run for the NDP leadership in 2017 while pregnant with twins impressed many prospective women candidates, Bruno said. (Ashton also hosted a “Bootcamp” webinar in the spring to share some lessons learned and help educate women who were interested in running). The party also made sure potential women candidates knew about the NDP’s fund allocated for women candidates nationwide. “It’s basically a body that helps us administer funds we have set aside for attracting women and gives them the financial means for putting their name forward,” Bruno said.

The Green Party of Canada managed to beat their record from the last election—42 percent women. It’s always a “concerted effort” to get more women running for the Green party, said deputy leader Jo-Ann Roberts. “The biggest difficulty in recruiting female candidates is that they have to be asked more than once, and they have to be convinced they’ll be supported when they run,” Roberts said.

Partway through June, Roberts remembers, the party’s mobilizers, whose job it is to find good candidates to run in each riding, decided to keep one riding open until a woman or non-binary person put their name forward. It was difficult for some male candidates who’d been working hard to garner support, but she says that in at least two cases, men voluntarily dropped their nominations in when they knew there was a strong woman in the running. “That’s when you know you’re making progress.”

The Greens also set up an internal support channel on Slack for candidates to swap stories and concerns and advice about managing life on the campaign trail (they call that channel “Green Balance” and it’s now open to all candidates). It’s been a great source of feedback, Roberts said—candidates have used the platform to float ideas such as creating a fund to help pay for childcare.

Hot on the heels of a first term as a self-described feminist government, the Liberals saw an eight percent increase in women candidates this campaign. Their record on women’s issues certainly helped attract new candidates, says national party leader Suzanne Cowan. She’s excited that roughly 48 percent of the Liberals’ first-time candidates in this election are women. Each EDA (remember, that’s an electoral district association) had to prove they put in the legwork to find an appropriate woman candidate in each riding before accepting a nomination.

Then there’s the Judy LaMarsh Fund, a political fundraising arm of the Liberal party that helps funnel financial support directly to women running. The fund, named after the second female cabinet minister in Canadian history and an activist for women in politics, has been crucial, the party says, for helping candidates run competitive campaigns and win their seats. Cowan says their fundraisers are always well attended and made it so Liberal donors can funnel their dollars directly to the cause of helping to get women elected.

The Conservatives are running more women than they ever have before. They still have the lowest proportion of women of all the parties (106 women running in a total 338 ridings), but the increase of 12 percent—up from 20 percent in 2015—is a huge win.

There were no official party-level strategies, says party spokesman Cory Hann. Just word-of-mouth and casual mentorship from MPs and political organizers looking for motivated candidates. What Hann describes as Liberal leader Justin Trudeau’s “broken promises” and a feeling that “he was not the feminist Prime Minister he claimed to be” got many of these women to put their names forward, he said.