A Whopping 86% Of Female MPs Have Experienced Sexism In Politics

It’s clear that sexism is alive and well In Ottawa. Female politicians tell Chatelaine what they have to contend with on the job (And it’s not pretty). 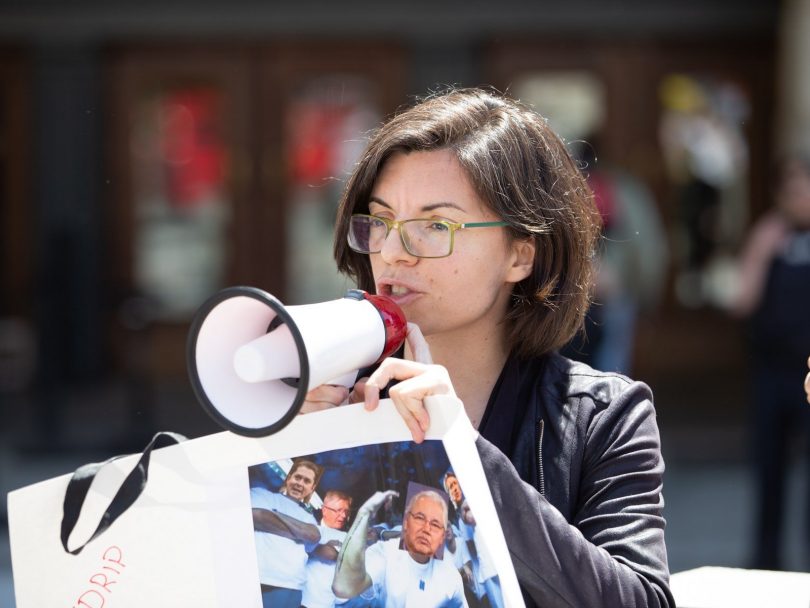 From snide digs from constituents to attacks on social media, female politicians have to deal with far too much chauvinism on the job. This summer, as the campaign for the federal election began to heat up, Chatelaine contacted every woman serving in the 42nd Parliament. We held round-table discussions, conducted one-on-one interviews and emailed them slightly nosy questionnaires—and of the 91 female MPs who had a seat in government, we talked to 86 of them.

And when the topic of sexism came up, a lot of MPs had a lot to say—86 percent of respondents said they’ve experienced sexism in politics.

Here is what some of them said:

“During the 2015 campaign, I was asked repeatedly if I was ‘tough enough’ for the job. When I asked for clarification, no one had an answer as to what they meant. I’ve asked numerous men if they were ever asked this, and the response is always no.”
—Rachel Blaney, NDP (B.C., North Island–Powell River)

“This is the most chauvinistic, male-dominated workplace I’ve ever worked at in my entire life. That was a shock to me. The language here is not one of collaboration. It’s about competition; it’s about who has the loudest voice.”
—Sheri Benson, NDP (Sask., Saskatoon West)

“At times, my safety has even been threatened. It’s part of the life of a public figure, especially a politician. In day-to-day life, there is still a lot of sexism—for instance we’re often cut off when we express a point of view. Whenever that happens to me, I assert myself, and I speak up.”
—Mélanie Joly, Liberal (Ahuntsic-Cartierville, Quebec) 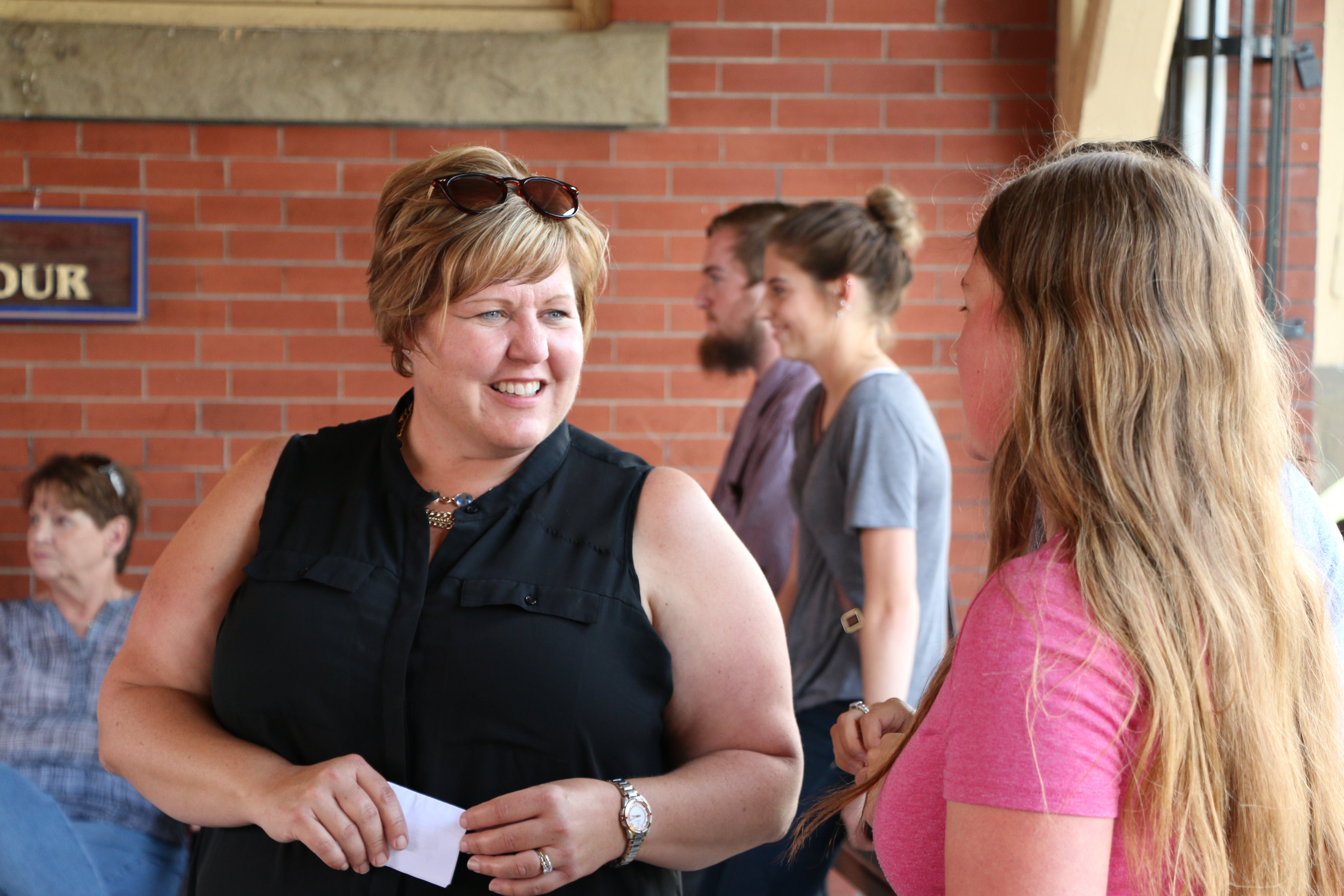 MP Alaina Lockhart speaking with a constituent in her riding of Fundy Royal.

“I understand how I was a bit of a novelty being the first woman ever elected in Fundy Royal, but I am guessing no one ever asked my predecessors who would care for their children when they went to Ottawa.”
—Alaina Lockhart, Liberal (N.B., Fundy Royal)

“I thought I experienced sexism as an MP, then I ran for leader and was pregnant. It was just like, all bets are off. It was like full sexism all the time.”
—Niki Ashton, NDP (Man., Churchill—Keewatinook Aski)

“I think about the level of vitriol in the house of commons that women still receive, I mean when women cabinet ministers get up to answer questions is very different from when male cabinet ministers. You know, there’s a lot of work that still needs to go on and I think that that’s something that needs to change within every party’s cultures too.”
—Karina Gould, Liberal (Ont., Burlington)

“I remember thinking that I had experienced sexism in the labour movement and as a woman who worked in an auto plant where there were only about 15 percent women—I thought I understood what sexism was and how to challenge it. But Parliament—that is a different place. Ministers and people in power think they can get away with it because they have never been held accountable. I’m proud that this parliament has fought to stand up to it and challenge it under the #MeToo movement and beyond. The work we have done, and we are far from finished, will help other women make the decision to run and know that they can challenge it, too.”
—Tracey Ramsey, NDP (Ont., Essex)

“When I was first elected, I was hesitant to actually say anything, but I’ve become a lot more vocal as I’ve gotten stronger as an MP. For example, I was in a meeting where I said a point and one of my male colleagues looked at me and said, ‘Yes, but can you bake?’ And you know, if that’s not a sexist comment then I don’t know what is. And he may have thought that was funny, I did not find it funny. And I called him out on it and it’s about making sure that something that they think are jokes, can actually be quite offensive.”
—Bernadette Jordan, Liberal (N.S., South Shore–St. Margarets) 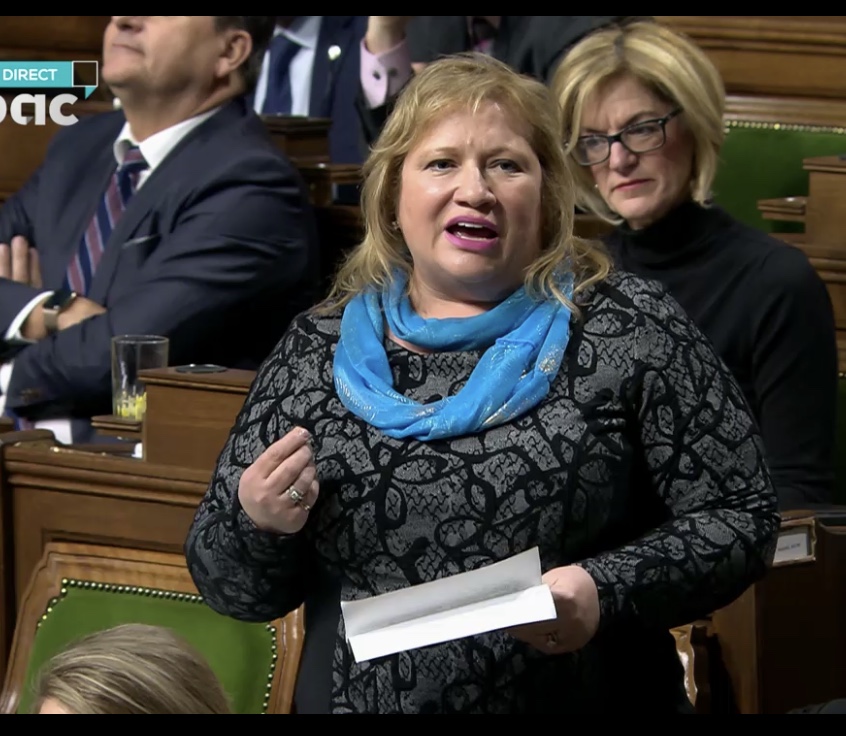 MP Yvonne Jones speaking in the House of Commons.

“I have been mocked, looked down upon and often dismissed intellectually because I was a female, aboriginal minority, a small town rural Canadian and a northerner. I have had people criticize my dialect, my cultural beliefs and how I looked. One of the most hateful forms of racial abuse I experienced were dozens of letters degrading every aspect of who I am from how I talk, walk and dress. It was disgusting hate mail that continued for over a year, with no name or address of the sender. My test of strength was ignoring it and not allowing this cowardly person to destroy my confidence and self-esteem. Being true to yourself, believing that you have a voice and are doing the right thing for the people drives my courage to overcome these senseless acts. Plus there’s always karma.”
—Yvonne Jones, Liberal (Nfdl., Labrador)

“If you’re a woman and you’re French-speaking, it can be more difficult. You won’t get as much attention as an English-speaking male. Often, I’ve heard someone saying in English what I just said in French, and everyone is like, ‘Oh, wow, what a good idea.’ And I’m like, ‘I just said the same thing.’”
—Christine Moore, NDP (Que., Abitibi–Témiscamingue)

“I remember doing a round table, and a number of female MPs were talking about misogyny. I’ve never felt that within my party. I’ve always found my male colleagues very supportive and respectful.”
—Cathy McLeod, Conservative (B.C., Kamloops–Thompson–Cariboo)