Targets are nice—but they don’t mean much without time-bound commitments. So don’t be afraid to ask for specifics. 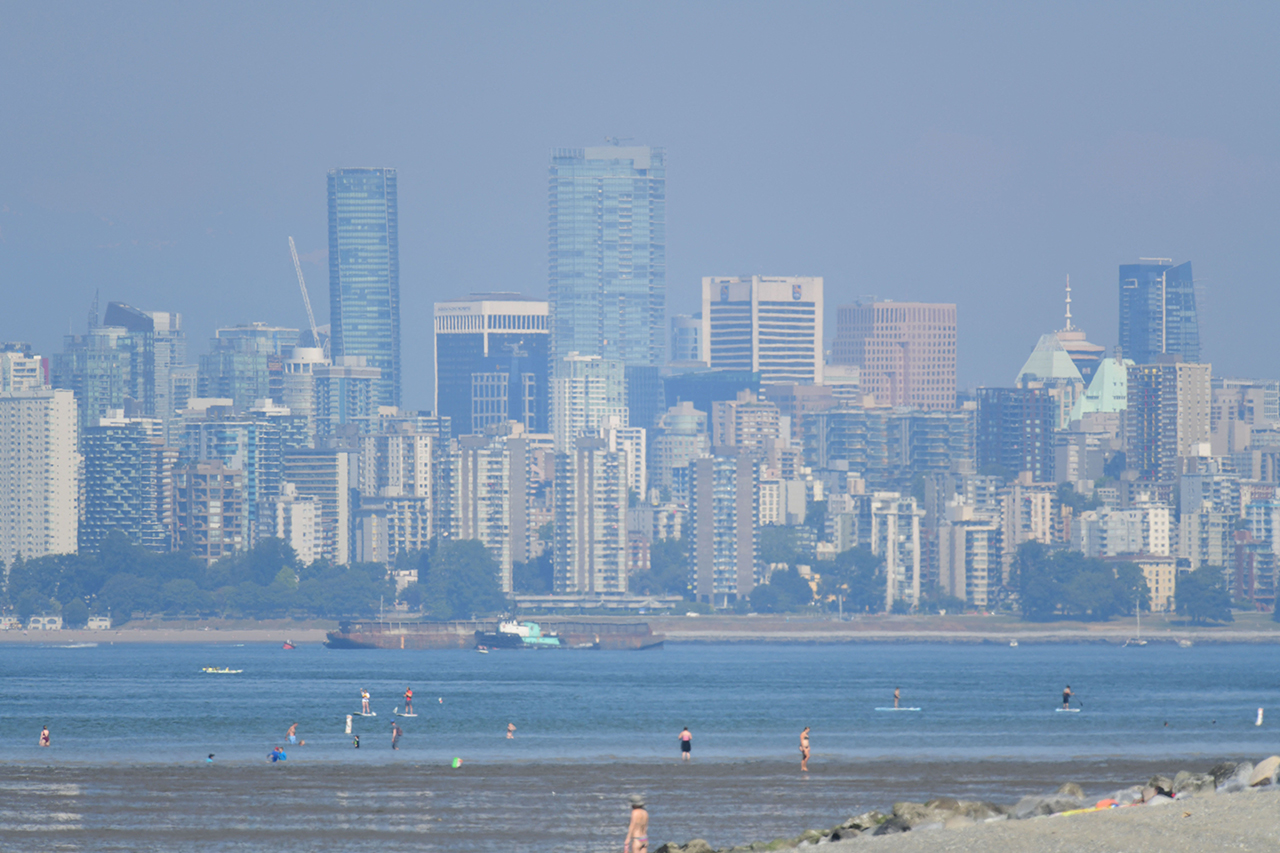 Last week, the world’s leading climate scientists issued a landmark assessment of where our planet is headed, and the prognosis is, um, grim. U.N. Secretary-General António Guterres called the report from the Intergovernmental Panel on Climate Change (IPCC) a “code red for humanity.” We’ve pumped so much carbon dioxide and other greenhouse gases into the atmosphere, for example, that severe droughts, heat waves, wildfires and floods will only get worse over the next three decades—no matter what—while ocean levels will keep rising for at least another 2,000 years.

The IPCC authors stressed that there is still time—maybe for the last time—to avoid total climate catastrophe. But doing so requires governments around the world coming together to make (and demand) speedy, aggressive and widespread emissions cuts, starting this very second. That’s why it matters so much who’s shaping policy on Parliament Hill. And it’s why, after Justin Trudeau called a snap election this weekend, Chatelaine figured we’d look at a few of the biggest environmental issues facing Canadians during this campaign.

Getting greenhouse gas emissions waaaaay down

Let’s start with one piece of positive news from the IPCC report: While climate change is absolutely intensifying, we can prevent the planet from getting even hotter. “If we are able to reduce greenhouse gas emissions, and we’re able to achieve net zero, then it is quite possible to limit human-induced global warming,” says Zafar Adeel, a professor at Simon Fraser University’s School of Sustainable Energy Engineering.

Quick aside on that human-induced part: The science is emphatic that climate change is real, and that it’s unequivocally caused by our activities. So when a political candidate comes knocking on your door, Megan Leslie—former NDP politician and current president of WWF Canada—suggests asking them off the bat whether they believe humans are responsible for our changing planet. “If that candidate hesitates, even for a split second, then that is a hard pass,” Leslie says. “You don’t want that person sitting around the caucus table. You want someone who will find solutions.”

By signing on to the international Paris Agreement, Canada has committed to limit global warming to 1.5 degrees Celsius—and analysis shows that “Canada’s fair share of that emissions-reduction challenge would be 60 percent below 2005 levels by 2030,” says Lisa Gue, senior policy analyst for the David Suzuki Foundation. Currently, only the Green Party has pledged to cut that much. In April, Trudeau announced Canada would cut its greenhouse gas emissions by 40 to 45 percent over the next nine years, while the NDP promises a 50 percent reduction. Erin O’Toole plans to stick to Canada’s original Paris commitment: His Conservatives would reduce emissions 30 percent below 2005 levels.

But while targets are nice, they don’t mean much without time-bound commitments to implement the measures that’ll allow us to meet those goals. Look for them in a party’s platform, and look for how each party plans to incentivize changes in behaviour—whether that’s through carbon pricing or tax breaks or maybe no longer doling out billions in subsidies to the oil and gas sectors. Finally, what are those parties doing not only to avoid the worst-case climate scenarios, but to adapt to the changes that have already arrived? “Regardless of how wonderful our performance is in reducing greenhouse gas emissions, we are still facing the impacts right now,” Adeel says. “So how are we preparing, particularly for water extremes like floods, severe rainfall and droughts?”

Enshrining the right to a healthy environment

More than 100 countries around the world guarantee their citizens the legal right to a healthy environment—but Canada isn’t among them. In April, the Liberals proposed legislation that would modernize the Canadian Environmental Protection Act, a pollution law that hasn’t been updated in 21 years, and would also enshrine the right to a healthy environment. But when Trudeau called an election, C-28 died on the order paper and will need to be introduced again.

C-28 isn’t just symbolic: It ensures that all Canadians benefit from environmental protection measures, since we know that climate change, pollution and environmental degradation disproportionately affects racialized and low-income communities. “Right now, risks are assessed to the general population, and when we do that, we can miss the fact that some groups are more highly exposed,” Gue says. “So we need to take these inequities into account when we assess risks and regulate them, in order to protect those who are most vulnerable.” Candidates and their parties should have detailed plans (with specific dates in front of them) to safeguard every Canadian’s right to clean water, air and land.

When it comes to combating climate change, nature-based solutions pack a serious punch: According to research from the Nature Conservancy, protecting and restoring forests, grasslands and wetlands would sequester enough carbon to get the world a third of the way to its Paris targets. “Look, you can change all the light bulbs you want, but this is significant. It’s a huge win,” Leslie says. “And these forests and wetlands are also habitat for wildlife at a time when species populations are crashing.” They’re crashing hard, too: A 2020 WWF report found a two-thirds decline in global wildlife population, while at-risk species in Canada have seen their numbers drop by 59 percent in the past 50 years. Just last month, a billion sea creatures cooked to death off the coast of Vancouver as a result of the scorching heat.

“We have a dual crisis of climate change and biodiversity loss, so we need answers that tackle both crises at once,” Leslie says. “You need to look for commitments that see those two things together.” She suggests asking candidates about their plan to use nature to fight climate change—and how that work includes a reconciliation lens. “Supporting Indigenous Protected and Conserved Areas, supporting Indigenous-led efforts to steward species, all has to be part of the agenda.”

And when a candidate shows up at your door with polished talking points and vague promises, don’t be afraid to ask for specifics. In her former life as a politician, Leslie concedes she too had her patter down. “But when someone asked me when and where and why and how—those are the questions that made me sweat a little,” she says. “So tell candidates what you’re passionate about. It’s up to them to figure out how to turn that into policy.”