One of many formerly enslaved Black people who left the U.S. to make the Prairies home, John Ware was one of Alberta's most influential cattle ranchers at the turn of the 19th century. 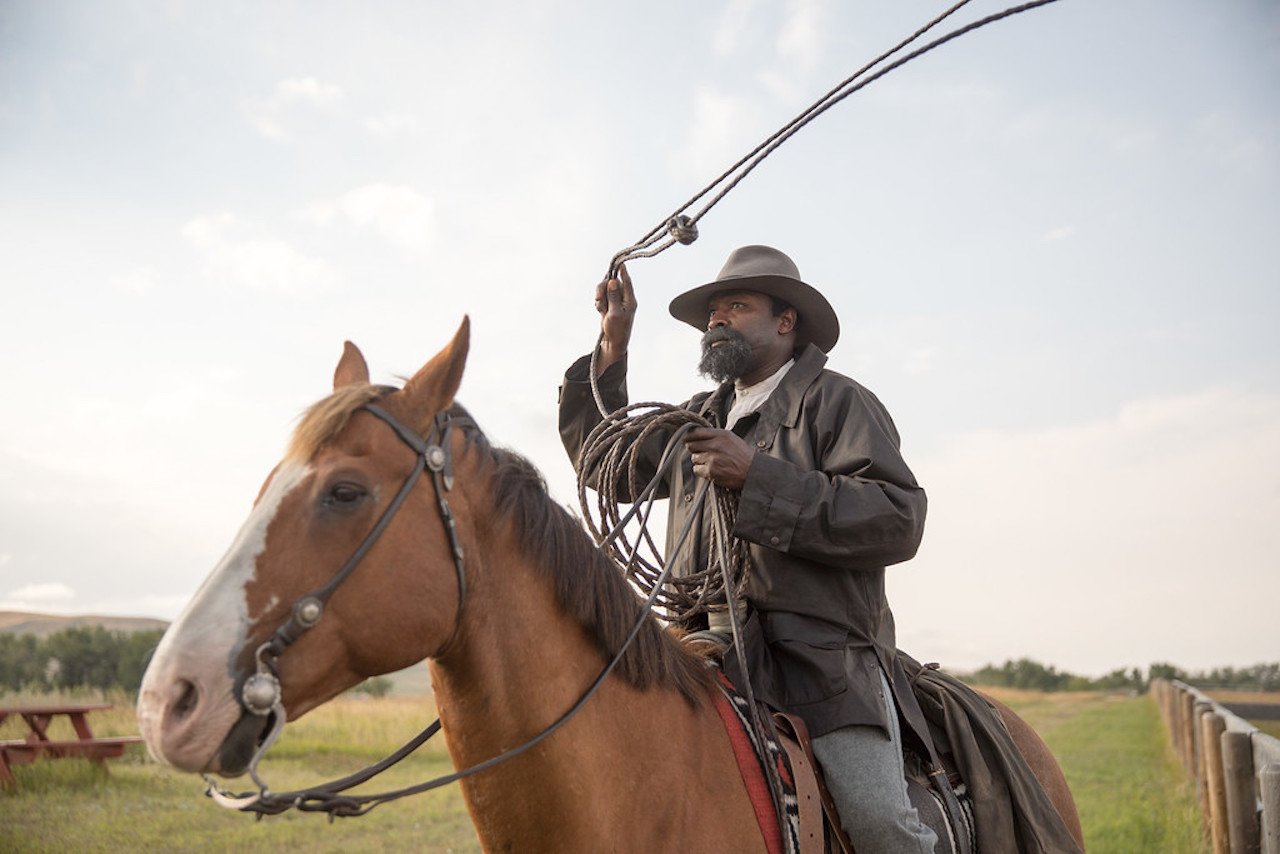 The early settlements of Western Canada I constructed in my imagination have always been white. In history textbooks, the pioneers cattle ranching and churning butter were always illustrated as white people, homesteading a vast, seemingly endless expanse of violently emptied frontier land. I had an idea of why that might be: two years ago, at the Halifax branch of Library and Archives Canada, I examined a letter from an African-American sharecropper to a white minister. Expressing that he was no longer interested in settling in Western Canada, the sharecropper thanked the minister for alerting him that there was no fruit, corn, or livestock in Canada, so he could make an informed decision. Though I could not find the original letter from the minister, the lie—and the reason—for it were clear.

In spite of this intolerance, some African-Americans did successfully resettle in the Prairies in the decades following the American Civil War. One of these migrants was John Ware, the subject of a new documentary by Cheryl Foggo. In John Ware Reclaimed, her second production with the National Film Board, Foggo pieces together the fragmented and largely forgotten history of Canada’s legendary Black cowboy, a formerly enslaved man who journeyed across the continent to make southern Alberta his home. He was a husband, father, and one of the province’s most influential cattle ranchers at the turn of the 20th century—and I never knew he existed.

As Foggo’s conscientious eye peers critically at Ware’s complicated legacy, she begins the work of reclaiming him. From her mindful reflections on his friendships with Blackfoot people, to her fearless contesting of the racist mythology that surrounds him, she humanizes the man who has become the quintessential Black homesteader in Alberta, while making it clear that he is far from the only example. She unflinchingly challenges the notion of Canada as a racism-free space, while also unearthing examples of Black resistance, resilience, and success, and I know from experience that this is not an easy line to tow.

Foggo’s archival and archaeological research is flanked by fitting musical performances by Alberta singer-songwriters Corb Lund and Miranda Martini. Some of the film’s more serious moments are aided with strategic silence. Foggo returns to community, the driving impetus that enables us to thrive as Black Canadians. The Black and Indigenous scholars, writers and artists that appear in John Ware Reclaimed—including author Lawrence Hill (The Book of Negroes) and actress Michelle Thrush (Blackstone)—do so in community with Foggo, united in their desire to see the John Ware story told.

Foggo’s research encompasses many ways of knowing, from historical records to oral traditions. She explores each source of information on Ware’s life in full, meticulously teasing out potential biases, inaccuracies, and omissions. Her research is laborious, sometimes emotional, and always deeply personal. The beautiful framing and intimate interview-style moments are the perfect vehicle for Ware’s story. (Viewers should note that the N-word is spoken by Black people in historical context, and appears visible in historical documents.)

Last December, I wrote about the Black and Indigenous artistic renaissance for Maclean’s, noting that despite centuries of Black settlement, historical accounts of Black life are largely missing from Canada’s national narrative. “We inhabit the negative space of the cultural mosaic, our history slumbering in the cracked and yellowed grout between the Underground Railroad and Aubrey Drake Graham,” I wrote. If we accept that Canada is a cultural mosaic, Foggo’s documentary shines an uncompromising light into the yellowed grout.

John Ware Reclaimed is a welcome gift to every Black person who has struggled to placemake in Canada. It arrives just in time for Black History Month, free to all Canadians on the NFB website starting February 8. It is an asset to anyone wanting to uncover this portion of the Black Canadian past, whether it be in a classroom or a living room.

John Ware Reclaimed, Cheryl Foggo, provided by the National Film Board of Canada