From Canadian rendezvous and courtside cuddles to over-sharing exes and sneaky sisters, here’s a look back at the royal relationship. 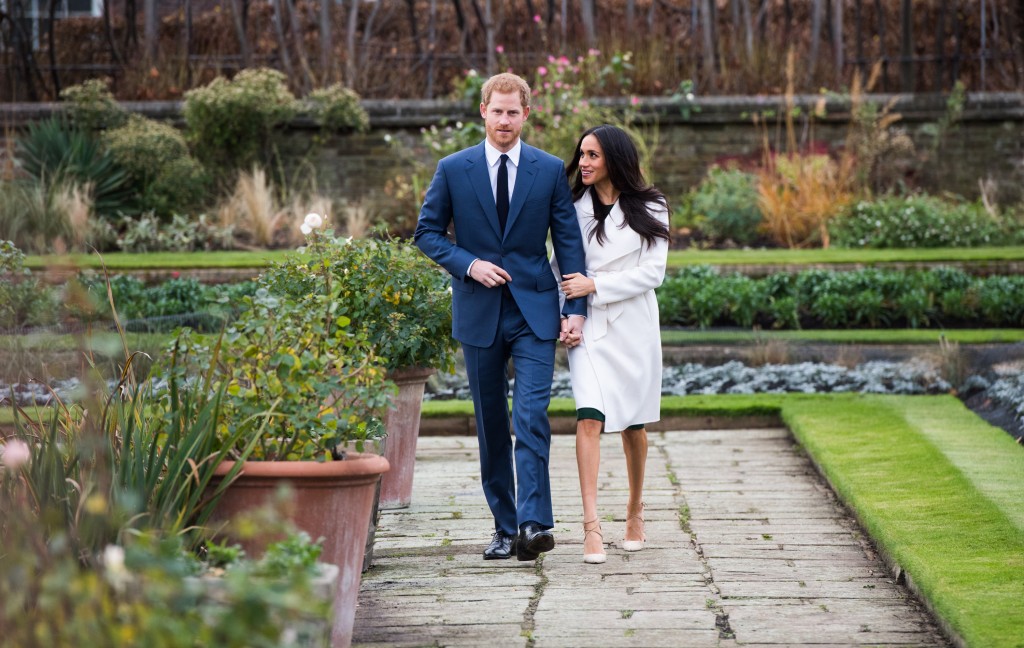 Prince Harry and Meghan Markle on the day of their engagement announcement. They will be married next May. Photo, Samir Hussein/WireImage.

Meghan Markle and Prince Harry have finally made it official, announcing their engagement and plans to marry next May. Certainly it’s the mother of all gossip bombs — from keeping it on the down low to heading down the aisle in little over a year! — but it’s hardly the first time Markle and His Highness have caused a stir.

Here, we look back on the major moments in a royal romance: the sweet, the scandalous and the relatives who may not get an invite to the wedding.

No big surprise that the British gossip rags are the first to report on a supposed romance between a “besotted” Prince Harry and the American born, Toronto-based actress, best known up to that point as Rachel on Suits. Rumour initially had it that the pair had met in May 2016, in Toronto, while Harry was in Toronto promoting the Invictus Games, though since then, we learned that they actually met through a mutual friend while Markle was visiting the U.K. in July.

Congratulations Prince Harry and Ms. Meghan Markle on their engagement! His Royal Highness and Ms. Markle this afternoon visited Kensington Palace’s Sunken Garden for a photocall to mark the happy news.

Barely a week after being outed as the royal girlfriend and Markle is a target for the tabloids and paparazzi, causing a generally media-shy Harry to issue a statement (through his press secretary) in her defense. In it, he says he has never seen this level of “pressure, scrutiny and harassment from the media.” (A comment that comes with considerable heft given his mother’s life and death.) In particular, he slams the racist and sexist overtones present in some of the coverage of Markle, who is biracial and, yes, female.

A sure-fire sign things are getting serious: The couple is spotted Christmas tree hunting at Pines & Needles, a holiday shop in London’s Battersea neighbourhood. According to a story in Hello!, fellow tree-shoppers first recognized Markle from her role on Suits and only later clued into the handsome gingersnap in her company. 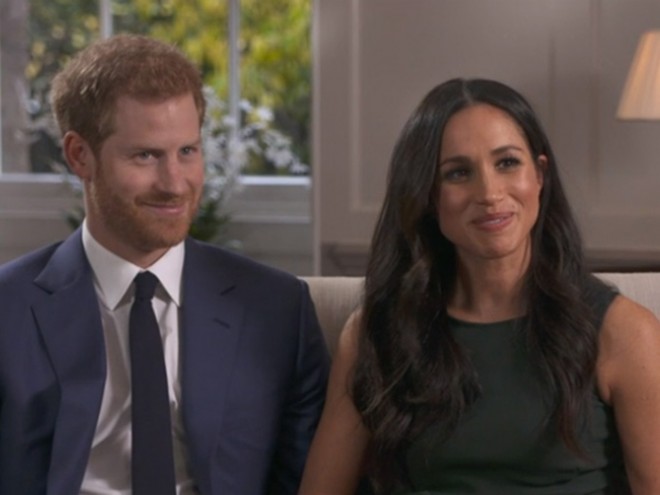 ‘The Corgis Took To You Straight Away’: Watch Meghan Markle And Prince Harry’s First Joint Interview

The Sun scores the first-ever photo of the future royal couple — out for a date night in adorably matching beanies.

The Daily Mail breaks the news that Markle’s half-brother, Thomas Markle Jr., has been arrested for allegedly holding a gun to his girlfriend’s head during a “drunken argument.” Even by royal-scandal standards, this is a doozy.

Next up: Markle’s half sister, Rachel Grant, announces plans for her future memoir, titled The Diary of Princess Pushy’s Sister. Grant — who shares a father with Markle, but did not grow up in the same house with her — says the book will provide previously unknown intel on her famous half-sis “in a candid, warm, personal and socially important way.” But then, she has also referred to Markle as a “social climber,” which feels less than cozy.

In quick succession, Markle shuts down her lifestyle website The Tig and quits her style ambassador job with Canadian clothing retailer Reitmans. Both announcements are seen as signs that she may be preparing for the rigidities of royal life.

Engaging in that essential ritual of English uppercrust coupling, Markle sits in the stands to watch her beau play polo at the Audi Polo Challenge in Ascot. This first public appearance would have been exciting enough even without the photos of a post-game peck.

Two weeks later, Markle is a no-show at Pippa Middleton’s wedding, possibly due to a much-discussed “no ring, no bring” policy, which requires a marriage (or at least an engagement) to justify a plus one. The rules may have been more lax for the reception, which Markle did attend, deflecting at least a bit of the attention from Prince George’s temper tantrum a few hours earlier.

The couple take a three-week trip to Botswana in celebration of Markle’s 36th birthday, and maybe something else, too. Since the trip to Africa (where Wills proposed to Kate in 2010), there has been a lot of speculation about a secret engagement. 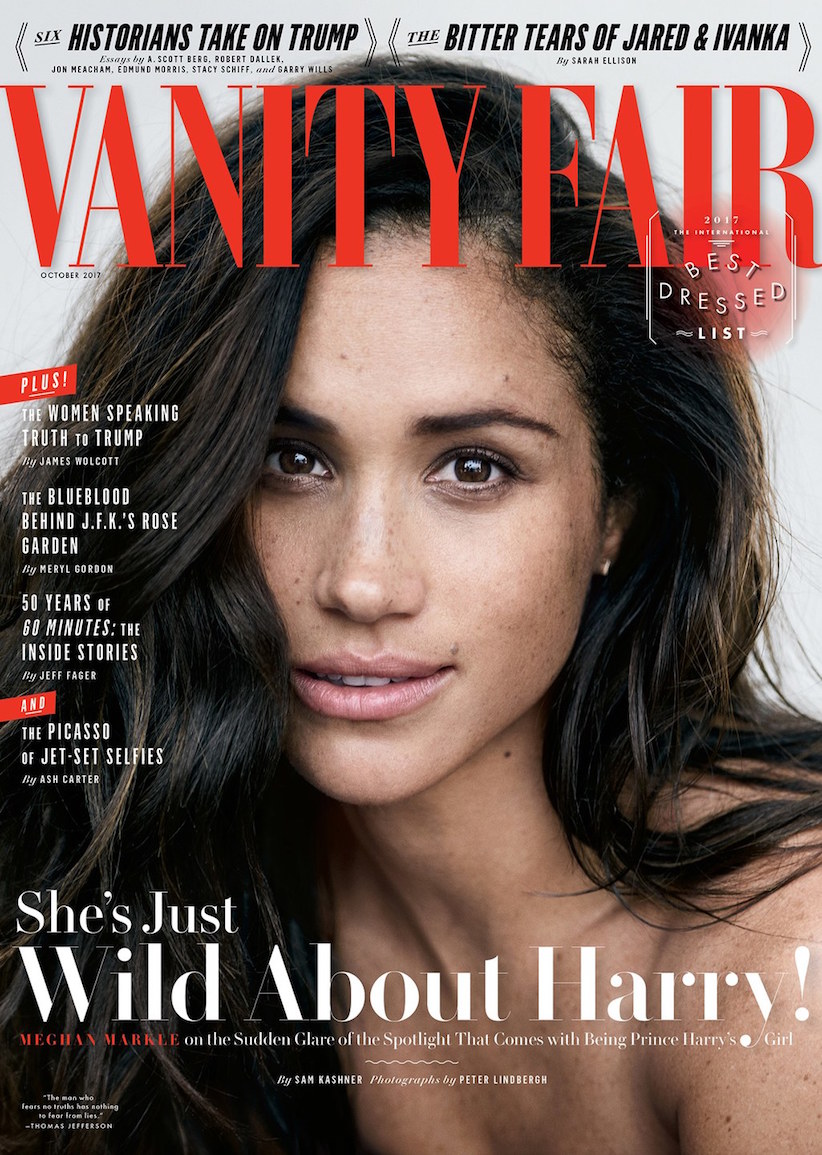 Markle is the subject of a Vanity Fair puff piece, in which she talks about her career, her favourite foods, and — oh, right — her boyfriend. “We’re two people who are really happy and in love,” Markle tells VF. “We were very quietly dating for about six months before it became news, and I was working during that whole time, and the only thing that changed was people’s perception. Nothing about me changed. I’m still the same person that I am, and I’ve never defined myself by my relationship.”

Markle’s ex-husband, Trevor Engelson, makes it clear that he has absolutely no intention of leveraging his royal connection. In fact, he’s working on a exciting new project of his own: A TV pilot about a divorced man whose life is thrown into turmoil when his ex starts dating a prince.

His Royal Highness Prince Henry of Wales and Ms. Meghan Markle are engaged to be married. The Prince of Wales made this announcement this morning: His Royal Highness The Prince of Wales is delighted to announce the engagement of Prince Harry to Ms. Meghan Markle. The wedding will take place in Spring 2018. Further details about the wedding day will be announced in due course. His Royal Highness and Ms. Markle became engaged in London earlier this month. Prince Harry has informed Her Majesty, The Queen and other close members of his family. Prince Harry has also sought and received the blessing of Ms. Markle's parents. The couple will live in Nottingham Cottage at Kensington Palace.

The Invictus Games get a serious injection of star power, as Harry and Meghan make their official public debut (in Canada!), holding hands en route to a wheelchair tennis game. The love in Harry’s eyes causes almost as much excitement as the rip in Markle’s jeans.

Royal columnist Richard Kay reports that Markle has ticked the final box on the future princess’s to-do list, meeting Her Royal Highness Queen Elizabeth mid last month. Per Kay, Markle spent almost an hour getting to know her new Granny over — what else? — tea and scones.

After putting the BBC “on notice” last week, the future spouses go public with their pending engagement and give a sit-down interview to the BBC.

Kensington Palace announces the wedding will take place next May at St. George’s Church at Windsor Castle, which means we can prepare to mark our royal calendars and spend the next six months pondering fascinator selections.