Sorry, But Meghan Markle Giving It All Up For Love Is Not Social Progress

Cheers to the happy couple. But let's not pretend this marriage signals a new era for the monarchy. Quite the opposite, Markle — a self-made woman — is trading her successful acting career for a lead role in the most deeply conformist pageant in modern times. 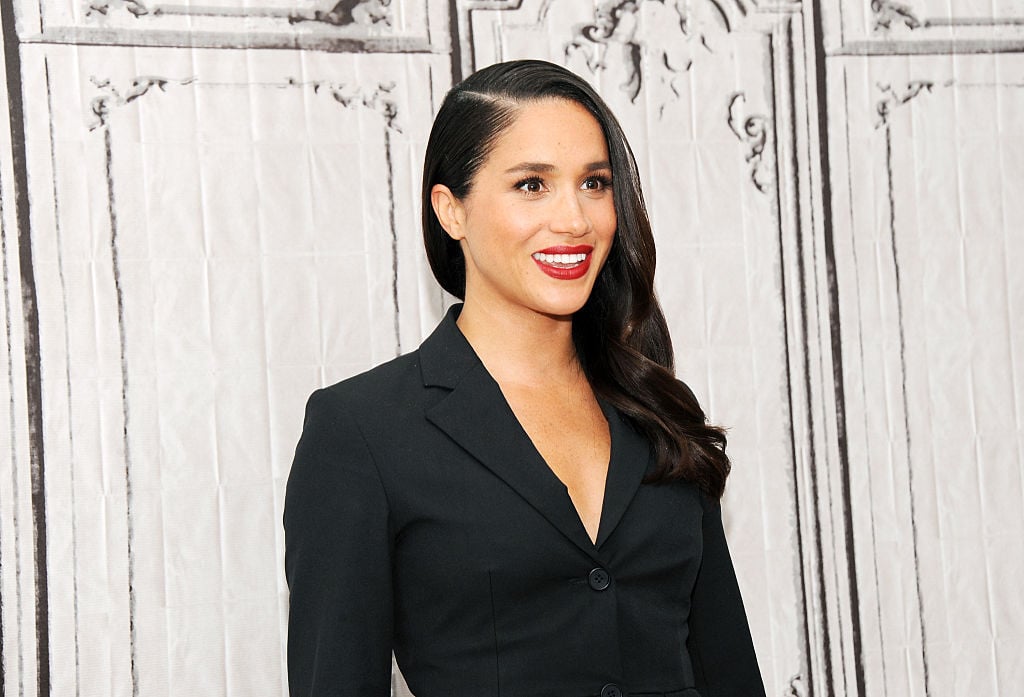 Meghan Markle is leaving behind a successful career as an actor and entrepreneur to marry Prince Harry. Photo, Desiree Navarro/WireImage.

I’m pleased to admit it: The sight of those two crazy kids holding hands in the drizzle outside Kensington Palace, she in her crisp white trench coat and him with a goofy grin that sang, “Can you believe my luck?!” made my cold, hard journalist’s heart leap. Honestly, I’m happy for them. What miserable cretin wouldn’t be? I applaud their love and sincerely hope they live happily ever with a bushel of children in a publicly maintained palace of their choosing.

But on the subject of whether this is a revolutionary moment for Britain and the world — a change for the monarchy in the form of a young, divorced, biracial American princess renegade?

To that I say, come on. I know romance is in the air but get your heads screwed on straight. Open your eyes! Meghan Markle is a privately educated young woman from Hollywood, California, a UN women’s advocate and a successful actress and entrepreneur who met her Prince “through a mutual friend.”

This marriage is not some kind of victory for human progress. In fact, it’s a story as old as the hills. When an ambitious young woman gives up her thriving, hard-won career in order to be a charity wife for one of history’s most screwed up family firms, it’s a bit rich to throw a parade in the name of feminism and human rights.

I would caution any who think otherwise with the words of John F. Kennedy, who said, “Conformity is the jailer of freedom and the enemy of growth.” Meghan Markle, for better or for worse (and soon, ’til death do her part) is signing on for a lead role the most highly rated yet deeply conformist pageant in modern times: the life of a contemporary British royal. As long as she wears the Prince’s ring, she will also be expected to behave, speak and live in a manner that adheres strictly with royal protocol. Her new public life will be nothing like her old one, which was, it should be emphasized, entirely of her own making. Now her image will be rigorously circumscribed, her days scheduled down to the minute, years in advance, her “causes” carefully vetted.

Her life, in other words, will no longer be entirely within her own control. I’m not saying we should throw the woman a pity party for heaven’s sake, she’ll have a grand old time. But I am saying there’s a trade-off. For someone like Kate Middleton, who was still a teenager when she met her Prince, there wasn’t much to give up. But Markle, age 36, with an array of accomplishments under her trench-coat belt, the stakes are high and the sacrifice is real.

It’s her choice, obviously, and one we can only assume was made wisely and in good faith, but Meghan Markle isn’t doing anything that Grace Kelly or Queen Letizia of Spain (a former TV journalist) haven’t done before her. Framing this narrative as politically ground-breaking is not just naïve — it’s pernicious.

Because here’s the thing we’re really swooning over: The fact that, in spite of all her obvious savvy and success, her financial independence, her acting career, her fully monetized blog and social media following, and her outspokenness and willingness to take a stand on women’s rights – she is willing to give it all up to be a wife.

And while I suppose that is kind of romantic — a self-made girl surrendering her economic independence for love — it’s also slightly chilling. For this is the oldest and most retrograde story of them all. The narrative of the ambitious girl who could have had it all but instead chose to return to the fold and be a “good girl” — a helpmeet and a nurturer of collective family values rather than an individual driven by goals and desires of her own. It’s the story of the housewife who gave up her career as a Broadway chorus girl. Or the Harvard-educated lawyer who chose the “mommy track.”

Again, I’m not saying it’s a bad or wrong choice to make, I’m just saying don’t kid yourself: We’ve heard this story before. On a personal level, it’s a perfectly valid route to take. Feminism is about choices. But in economic and social terms, it’s hardly revolutionary. In fact, I think there’s a term for it which is “adhering to traditional social norms.”

And, yes, I know what you’re thinking. Clearly, she has a plan to use her platform for good — to be a non-tragic Princess Diana who changes the world hand-in-hand with a husband who clearly fancies the pants off her. It’s not a bad plan right? Surely royal status is a way bigger and better platform than an okay TV series, an Instagram account and a shopping blog? This way, instead of having to schlep about for years building her brand one follower and celebrity ambassadorship at a time, she’ll get to zip around the globe meeting world leaders in a tiara and spend Christmas hob-nobbing over gin-and-tonics at Sandringham with her grandmother-in-law, who is the head of state for sixteen countries and leader of the Commonwealth. And what’s not awesome about that?

Which brings us to the crux of the matter. If Buckingham Palace really wanted to embrace social progress, they could have encouraged the latest royal fiancée to sign on for the next season of Suits and packed Prince Harry off to Toronto where he would have injected some fresh blood into the local charity circuit over martinis with Ben Mulroney. Now that would have been revolutionary.

As it stands, it’s just another victory for tradition – and, of course, true love.