Meghan And Harry Won’t Be Returning To Royal Duties. What Happens Next?

Plus, what to expect from their upcoming interview with Oprah. 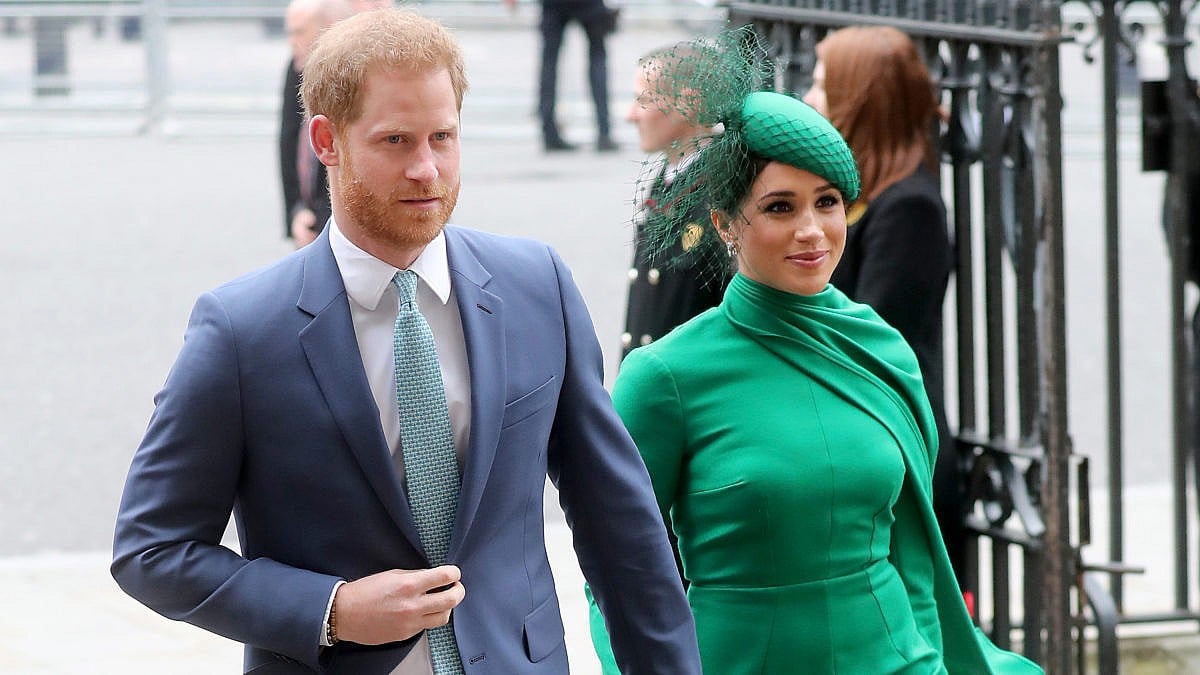 On February 19, Buckingham Palace announced that—after a one-year review—Prince Harry and Meghan Markle would not return as working members of the royal family. “While all are saddened by their decision, the Duke and Duchess remain much-loved members of the family,” the statement read.

Shortly after, Harry and Meghan replied with a statement of their own, saying that even though the couple is no longer performing royal duties, they will continue dedicating their time to serving others. “We can all live a life of service. Service is universal.”

Why did they step down?

In October 2019, the public got a glimpse into the couple’s mindset towards the press in a documentary filmed during a tour of South Africa, Angola, Malawi and Botswana. Meghan admitted that the intensity of the media scrutiny had taken a toll on her. Prince Harry also said in a recent interview with James Corden that British media was “destroying” his mental health. “I was like, ‘This is so toxic.’ So I did what any husband and father would do and was like, ‘I need to get my family out of here.’ As far as I’m concerned, whatever decisions are made on that side, I will never walk away. I will always be contributing,” Harry said.

“[Harry] was clearly quite damaged by what happened to his mum,” said Ann MacMillan, the former chief for CBC News’ London Bureau, who has covered many royal stories. “The thought of Meghan being treated like Diana […] must have amassed so much anxiety…. He just couldn’t bear the thought of putting another woman through what his mum went through. This has been his motivation in all of this.”

The news of the couple’s decision last year ignited a discussion about the press’s treatment of Meghan. Dr. Shola Mos-Shogbamimu, a political and women’s rights activist, said in an interview last year that the negative media treatment the Duchess experienced is steeped in racism. “What about the fuss over Meghan rubbing her baby bump? Kate did the same, but she didn’t get any of the same criticism.”

What are royal patronages—and what will happen to those of Harry and Meghan?

A patron is someone who supports an activity or organization, especially by giving good publicity or donations. Royal patrons play an active role in supporting charities and attending regimental events—gatherings attended by military personnel—said Dr. Carolyn Harris, a historian, author and royal expert.

By stepping down from their duties, Meghan and Harry have been stripped of their royal patronages—which are royal titles —and the responsibilities that came along with them.

Harry, who served in Afghanistan, is no longer the Captain General of the Royal Marines, Honorary Air Force Commandant of the Royal Air Force Base Honington, or Honorary Commodore-in-Chief of the Royal Naval Commands’ Small Ships and Diving, titles MacMillan said he was keen on keeping. “He really valued the time he spent in the army, [so this] was probably really hard for him to accept. I think he was hoping that he might be able to keep that, but the Palace has been very firm and said ‘no, you’re either in or you’re out.’”

However, Harry will continue with private patronages such as the work he did with Invictus Games—the international sports tournament for wounded military veterans— and African Parks.

As for Meghan, the Queen appointed her the patronage of The Royal National Theatre and the Association of Commonwealth Universities in 2019, which she has now lost. She also gives up her role as vice-president of The Queen’s Commonwealth Trust, which fosters young leaders. She will, nonetheless, keep her two private patronages: Smart Works, which provides clothing and job interview training, and the animal charity Mayhew.

Moreover, while the pair will keep their title, the Duke and Duchess of Sussex, they will no longer use “His and Her Royal Highness” and will stop receiving public funds for royal duties.

Despite their step towards normalcy, Prince Harry remains sixth in the royal line of succession, coming after his father, Prince Charles, his brother Prince William, and William’s three children. Archie, their son, is currently seventh in line to the throne.

What’s next for the couple?

With their second child due in late spring, Harris predicts that the couple will probably spend most of their time in the U.S. However, they have expressed an interest in Archie getting to know his royal relatives; therefore, visits to the U.K are expected after the pandemic.

Harry and Meghan want to “pursue the projects of greatest interest to them and speak with media who they consider to be open-minded and sympathetic to their decision to step back from royal duties,” Harris said. The couple will also be speaking to Oprah Winfrey on March 7 in a two-hour televised interview on CBS.

What can viewers expect in the Oprah interview?

In a statement, CBS said that Winfrey would speak with Meghan about stepping into royal life, marriage, motherhood, philanthropic work and the intense public pressure. Later, the two are going to be joined by Prince Harry to talk about their move to North America and their future plans. In an interview teaser released on March 1, Winfrey said that “there is no subject that is off limits.”