With a new talk show and co-host of a morning radio program, Marilyn Denis tells us why she's happy to sleep in until 7am and watch football on a Saturday. 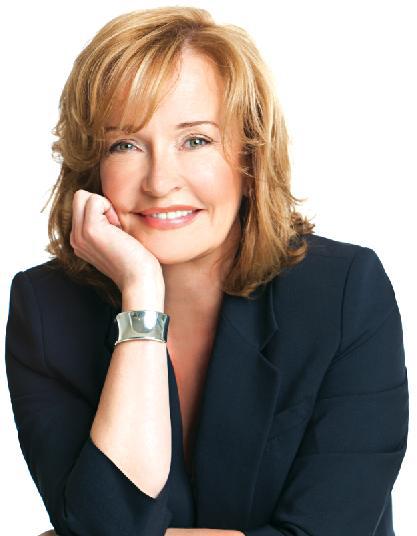 Talk about an overachiever. Marilyn Denis isn’t just a veteran broadcaster—she’s also been a beloved voice on radio for the past 25 years. When she’s not cracking wise with her co-hosts Roger and Darren on CHUM 104.5’s popular morning show—ahem, she’s been getting a four a.m. wake-up call for a quarter of a century! —she’s dishing the dirt with celebs and lifestyle experts on her new national talk show, The Marilyn Denis Show.

On a break from filming her new show, Denis sat down with Chatelaine.com to sketch out her perfect Saturday.

My perfect Saturday begins at my house with me not waking up at four o’clock in the morning. And if I do wake up, I say to my body ‘It’s Saturday. Go back to sleep. Relax.’ I’d wake up at seven—maybe 7.30 a.m. I’m OK with that. It’s a rarity [to sleep that late], but I’ll let it go.

The coffee is already brewed because I put the timer on the night before. I go downstairs to get it and then I go back upstairs because I like having my coffee in bed. I don’t have a newspaper—I’m still considering [getting a subscription] because I like the feel of a paper—so I just look at the news on my iPad. I turn on the television and watch different newscasts to see what’s going on in the world. Then I look at my Blackberry to see what’s going on.

I get up, take a shower, go downstairs and make my egg whites—always gotta have egg whites. After that, I put on my workout gear because I really do work out every Saturday at 10:30 with Dr. Stacy Irvine at Totum Fitness. I have to. Sometimes I work out for an hour and then go for a walk. I do a little bit of cardio, but mostly I do weights. My friend Jim Karas, who wrote The Cardio-Free Diet, tells me that weight work is the only way to lose weight and stay in shape.

After my workout, I treat myself to a latte—either at Starbucks or Caffé Doria. Then because I’m in the ’hood, I check in with the girls at Gee Beauty. I ask the girls there if I need anything done—a zap on my face here, threading there, an eyelash tint. And then they do what they have to do, or they’ll say, ‘No, you’re good.’

Then I go home and have lunch. Sometimes I really just want a turkey sandwich—a little mayo, a little tomato. Other times I want pasta. A couple of days ago I so wanted pasta that I just went out and bought some. I thought, ‘well, I worked out so I can burn that off.’ It’s ridiculous [worrying so much about what I eat]; it’s like ‘C’mon, relax already!’

Then because it’s football season, I’d watch the game at 4:30 p.m. on my big screen TV. This past Saturday, I knew the Steelers were playing so I got all my paperwork done in advance, did the laundry, loaded the dishwasher, and I made a hamburger. I’d had a really good workout that day so I was like, ‘Good for you, have a hamburger!’ I made my burger and my sweet potato fries and I poured a glass of wine. I had my Terrible Towel and I was wearing my Steelers pants. It’s a very strange world I live in.

I don’t do a lot of extracurricular stuff. Both my jobs are live and you have to be on, and I don’t want to give a less-than performance. After 7 p.m., I can’t even think about putting words together. I don’t even answer the phone after 7 p.m. because I wouldn’t be any good to anybody.

The night usually ends with me sitting on the couch with my head bobbing up and down, drooling. And I go, ‘what? I guess I’d better go to bed.’ I get tired around 9 p.m. I’m done. There’s no big Ta-da. That to me is the perfect Saturday—just to stay cocooned. I love being in my home. Because I have both jobs—CHUM and the new show with CTV—I really enjoy staying home where it’s quiet, and it gives me a chance to get centered.