How To Keep Birds From Hitting Your Windows

Every year millions of birds collide with windows. Here’s how you can help. 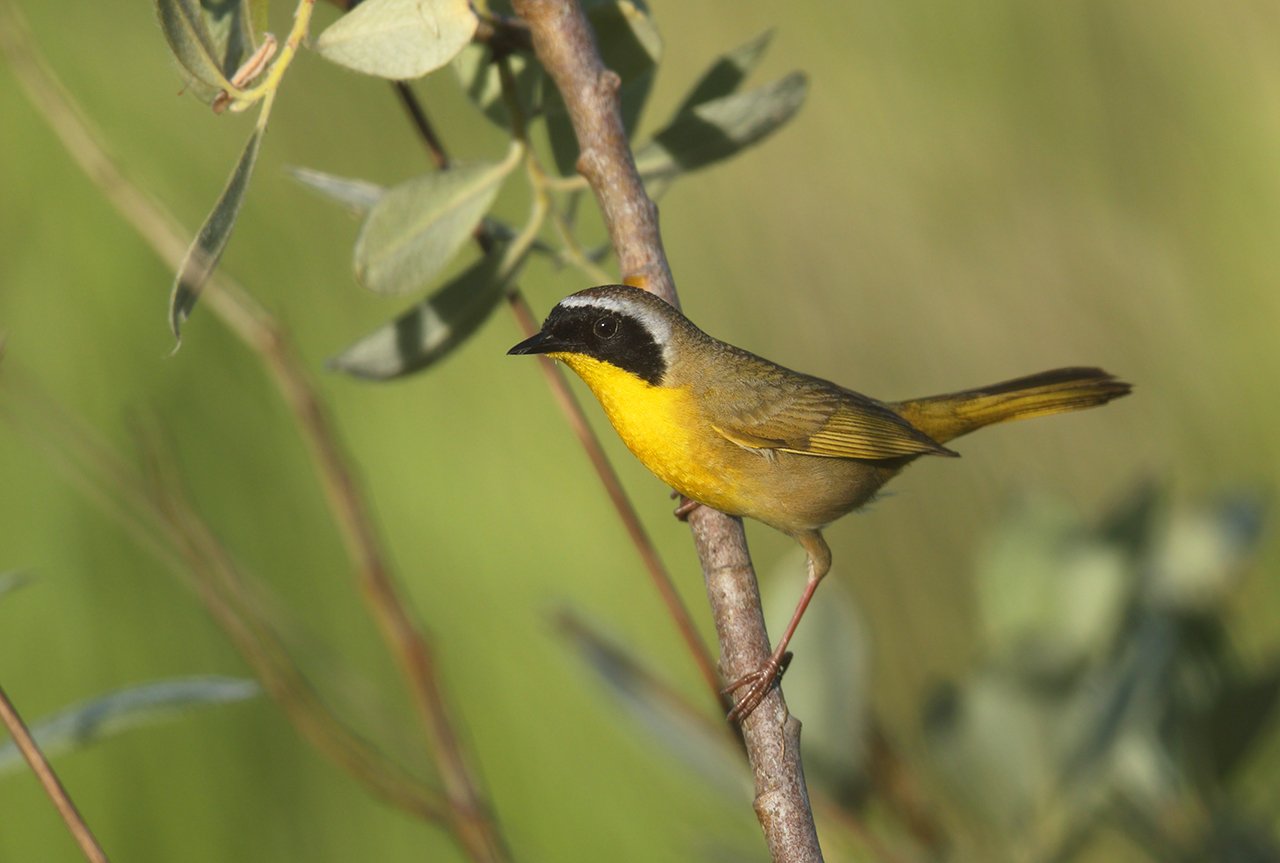 Caption: A male common yellowthroat, the bird whose death from a collision with a window inspired Michael Mesure to co-found an organization fighting bird deaths from window strikes.

It was 1990 and Michael Mesure was en route to a wildlife rehabilitation centre. One of his many passengers was a common yellowthroat, a tiny black and yellow warbler that had crashed into a window. As Mesure was driving, the bird escaped from its paper bag and perched on the rearview mirror. What happened next was even more astonishing: the bird began to sing. Mesure was enchanted. The yellowthroat continued to serenade him until the very moment it collapsed into his lap, dead.

The memory still makes Mesure cry. “Everything changed for me that day,” he says. He had been rescuing birds from window collisions for a few years, and he’d even convinced others to join him—but there was no coordinated effort. “That was the moment I realized that this issue needed attention. It wasn’t going away.”

Shortly thereafter, Mesure co-founded the Fatal Light Awareness Program (FLAP). In the beginning, FLAP focused on nighttime collisions—where birds migrating at night are lured by city lights and crash into buildings. Staff and volunteers patrolled downtown Toronto in the wee hours of the morning to collect the victims. As they stuck around after daybreak, they realized daytime collisions were an even bigger problem. To date, staff and volunteers have spent tens of thousands of hours patrolling city streets and have found more than 85,000 birds from 172 species.

Sadly, that’s just a drop in the bucket. 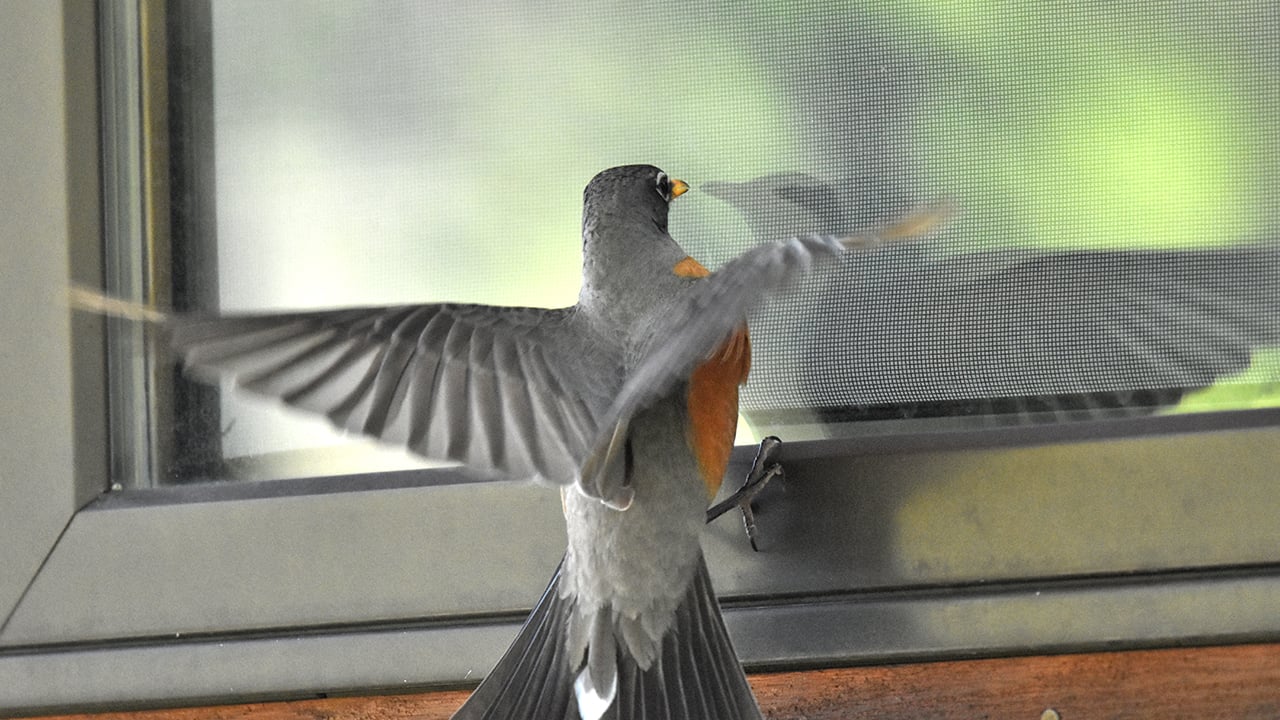 Why birds are on a collision course

If you’ve ever witnessed a bird hit your window, you’re not likely to forget it. But you might think it’s a rare occurrence.

“As far as I know, everybody has seen or heard a bird hit a window,” says Dr. Christine Sheppard, who studies bird-window collisions at the American Bird Conservancy. “Everybody thinks it’s an unusual experience. Nobody realizes how many birds have to be hitting glass for every person to have had that experience at least once.”

The number is staggering. Between collisions in Canada and the United States, scientists estimate that windows kill more than a billion birds every year in North America. Many die upon impact. Others are stunned, and either fall victim to a predator or later succumb to their injuries.

High-rises tend to get the most attention because individually, glass buildings have a huge impact. But Sheppard says single family homes are responsible for about half of collisions.

“Even though homes are smaller, there’s so many of them,” she says.

Houses are also located right in the bird activity zone, where there is vegetation and tree cover. That’s where birds find food and shelter.

“The most dangerous glass is on the lower floors,” says Sheppard. “And homes are all lower floors.” 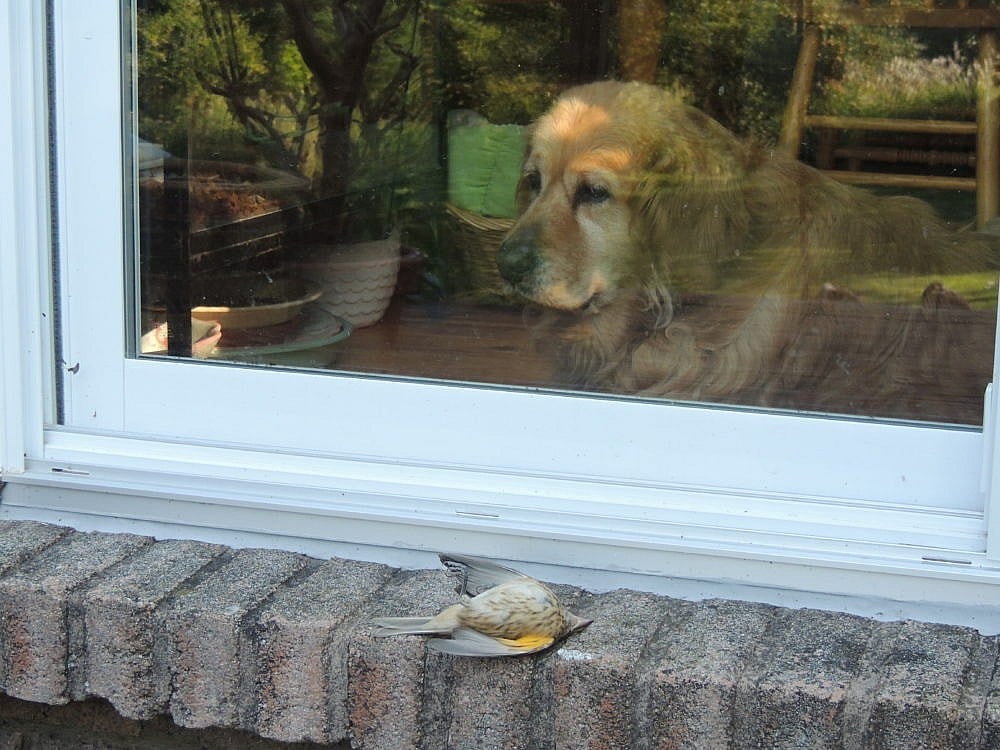 A collision victim at a window (Photo: FLAP Canada)

Why do birds fly into windows?

Birds have no concept of glass. They see what is reflected by it or what is on the other side of it—but they can’t see the glass itself. To a bird, the sky’s reflection is a flight path; a potted plant inside your home is somewhere to perch.

Dr. Daniel Klem Jr., a professor of ornithology and conservation biology at Muhlenberg College in Pennsylvania, made this discovery more than 40 years ago. During his doctoral research, published in 1979, Klem investigated if birds could discriminate between clear glass and airspace. Birds were placed in a tunnel, with a choice to exit through an unobstructed opening and one covered with glass. They couldn’t tell the difference. Over the years, subsequent research by Klem and others has reinforced the theory that birds can’t see glass.

“Their behaviour and our knowledge of their visual systems inform us that the glass is invisible to them,” says Klem. “Whether it’s a reflected image or habitat seen on the other side of clear glass, they attempt to fly as if [glass is] no barrier. It’s just totally not perceptible by them.”

Sheppard points out that people don’t actually “see” glass either. We learn about glass at an early age, and we recognize architectural cues—like a rectangular hole in a wall—that tell us where to expect glass.

“Birds are incapable of learning the concept,” says Sheppard, “And they have no idea about these cues. They have no way to understand the difference between a reflection and a piece of habitat.”

How to make your windows safe for birds

Since birds can’t see glass, the trick is to make your windows visible by using markers like decals, film, or screens. Here’s what the experts recommend:

How to prioritize your windows

Some windows are more dangerous to birds than others—so unless you plan to retrofit every window, start by identifying the worst offenders.

Mesure developed the BirdSafe® self-assessment tool for homeowners to help you do just that. He says the most obvious culprits are the windows where you’ve seen collisions, but “they aren’t always the worst of the bunch.”

He says to go outside and inspect each window individually—ideally throughout the day, so you can see your windows under different lighting conditions. Can you see through it to an adjacent window? Does it reflect the sky and trees? Can you see potted plants or greenery through the window? If you can check any of those boxes, the window poses a threat to birds.

The best collision deterrents for your home

If you search the internet or go into a wild bird store, you’ll find various products sold as collision deterrents. Unfortunately, many of them—like those popular UV decals and hawk silhouettes—don’t work as advertised. So instead of wasting your time and money on something that doesn’t work, here are the products and DIY methods experts recommend.

Before you install any type of marker, it’s a good idea to clean your window—without chemicals that will leave a residue. If you’re using a tape or film, wait for warmer months, since most adhesives work best above freezing temperatures.

If your windows are above ground and you aren’t into climbing a ladder, ask a local window washer to do it for you. They’ll have the equipment and the comfort level. It might cost a bit extra, but the results will last years. 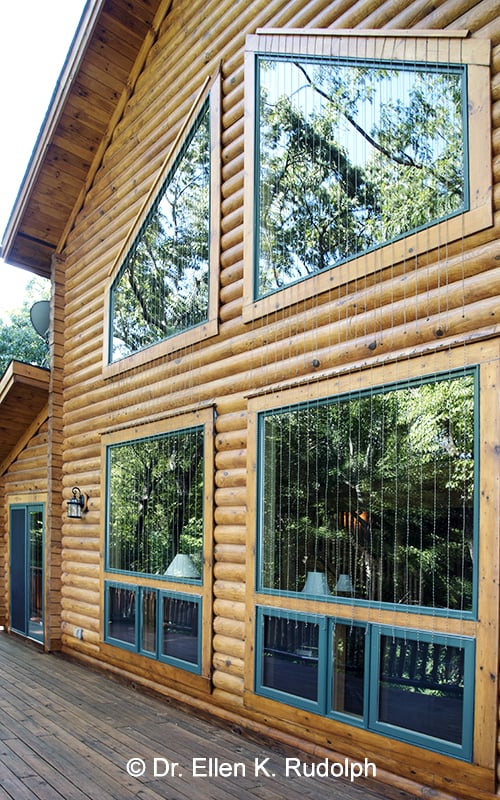 Also known as “Zen window curtains,” Acopian BirdSavers are simply cords that hang outside your windows to break up reflections. One of the reasons they work is that they sway in the wind—so they can be spaced up to four inches apart and still be effective.

Acopian BirdSavers are easy to install, last a long time, and can be taken down easily. The Arenal Observatory Lodge & Spa in Costa Rica saw a 99 per cent reduction in mortality caused by collisions after installing them in 2016. They claim many of the guests don’t even notice them. You can either purchase them or make your own—the website includes DIY instructions. 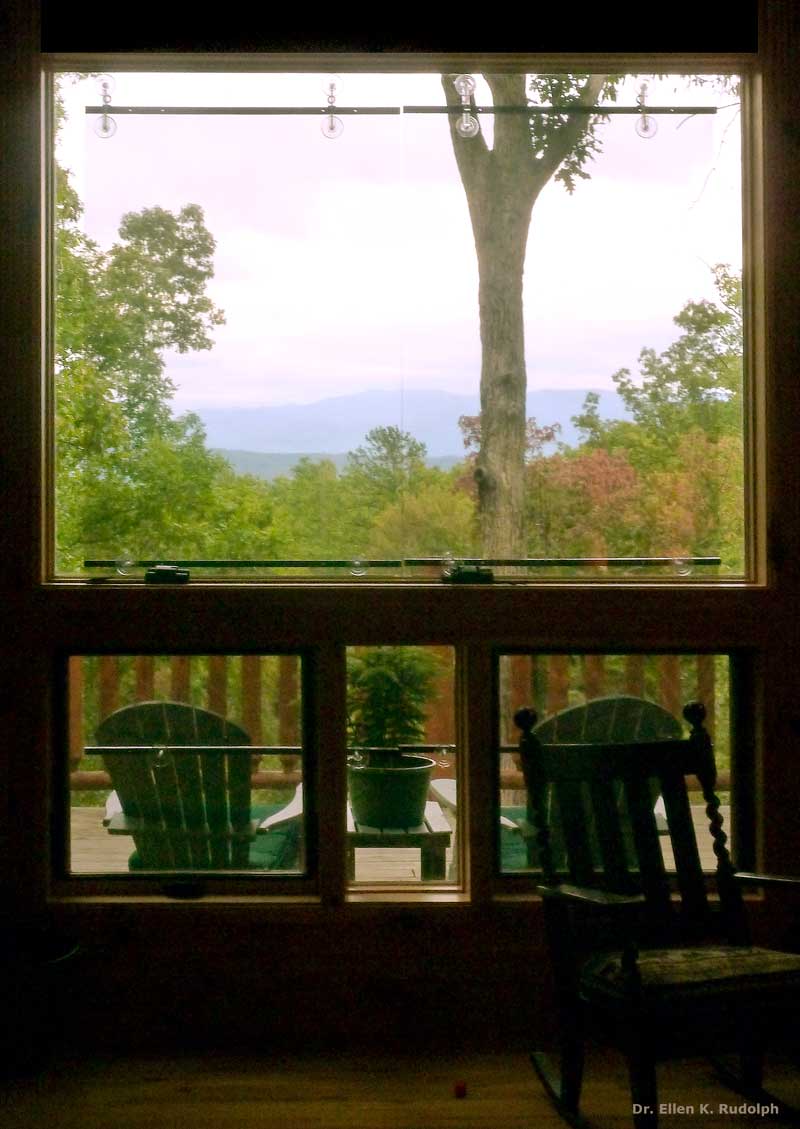 Window screens are a great way to protect birds without impeding your view. When mounted on the outside, screens eliminate reflections so birds can see and avoid windows. And because screens cover the entire surface, you don’t have to worry about correct spacing.

If exterior insect screens aren’t an option, you can buy Bird Screens. Like regular screens, they are made of black fiberglass mesh. You can mount them over the window with screws, or directly to the window with suction cups. Bird Screens are a great option for renters, because they don’t alter the actual window and can be taken down easily. Plus you can take them with you if you move! 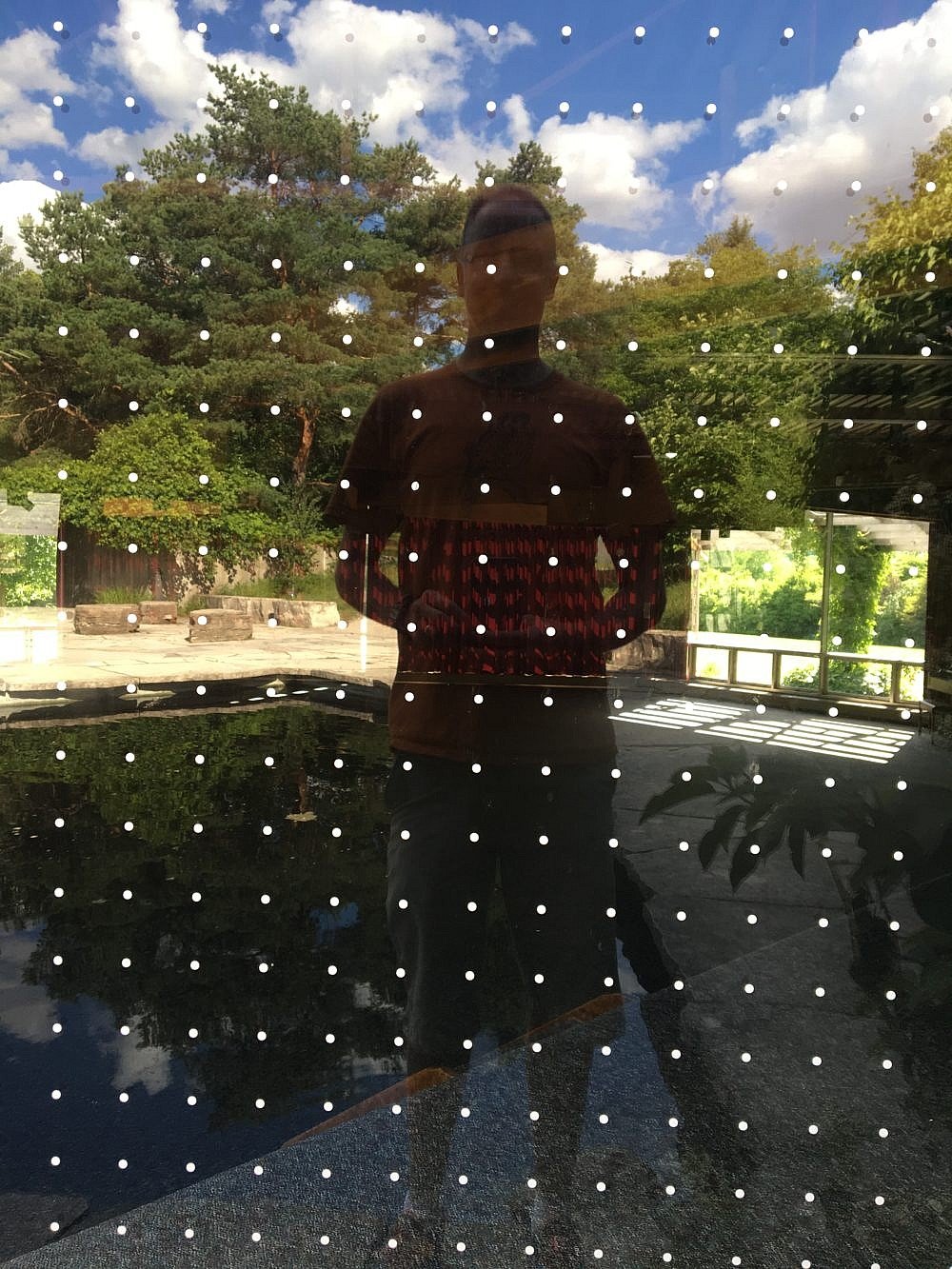 Feather Friendly was one of the first products designed to stop collisions. It has been installed (with success) on buildings throughout Canada, including the Canadian Museum of Nature, York University, and in the Pinery Provincial Park.

For large windows, Feather Friendly comes in sheets that are pressed to the window, then peeled back to leave a series of small white markers. It’s a great solution if you don’t want a film covering the entire surface—but you also don’t want to put up individual decals.

Feather Friendly is now available for homeowners in the form of tape. It functions the same way as sheets, except it’s easier to work with. Each kit contains 100 feet of tape, enough to cover 16 square feet. It comes with installation instructions, which are also posted on the website. 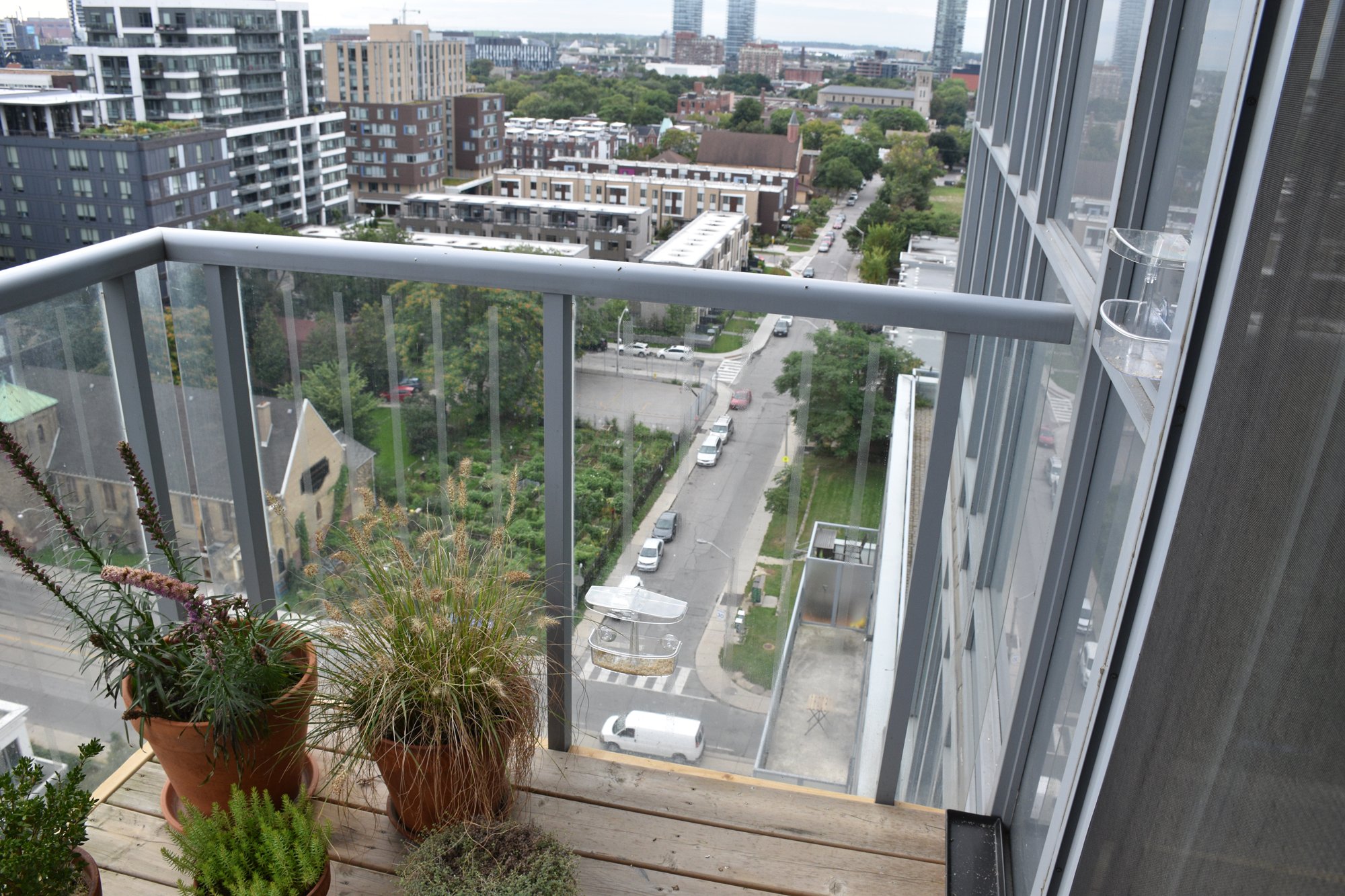 Collidescape is a perforated film that is transparent from the inside but opaque from the outside. It has the added benefit of giving you privacy, and it reduces glare and cooling costs. Collidescape was installed at the Atlantic Cape Community College—a three-story glass building in New Jersey that used to have daily collisions. After installation, collisions stopped altogether.

Collidescape comes in white, clear, or tinted sheets. If you don’t want to deal with a large sheet of film, you can also purchase the tape, which is easier to apply. Unlike Feather Friendly, the strips of tape are left on the window. 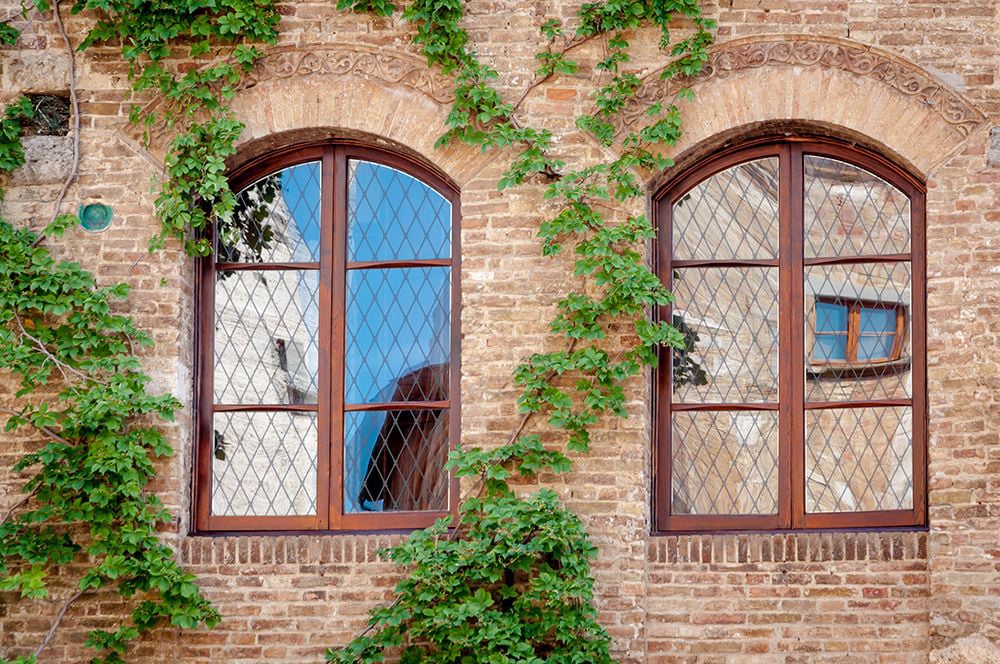 Similar to Collidescape, Solyx Bird Safety Film covers the entire window—but it comes in a variety of patterns: horizontal or vertical stripes, dots, frosted birds, colourful birds, or a trellis pattern. Solyx was installed at the Philadelphia Zoo and the Bronx Zoo, and there have been no fatalities reported since it went up.

Solyx is sold by the foot in rolls of 58 inches or 70 inches, so you need to measure your windows and cut the film yourself. You then peel off the backing, wet the film, position it, and squeegee it into place. It may sound complicated, but the company has detailed installation instructions, as well as a video. 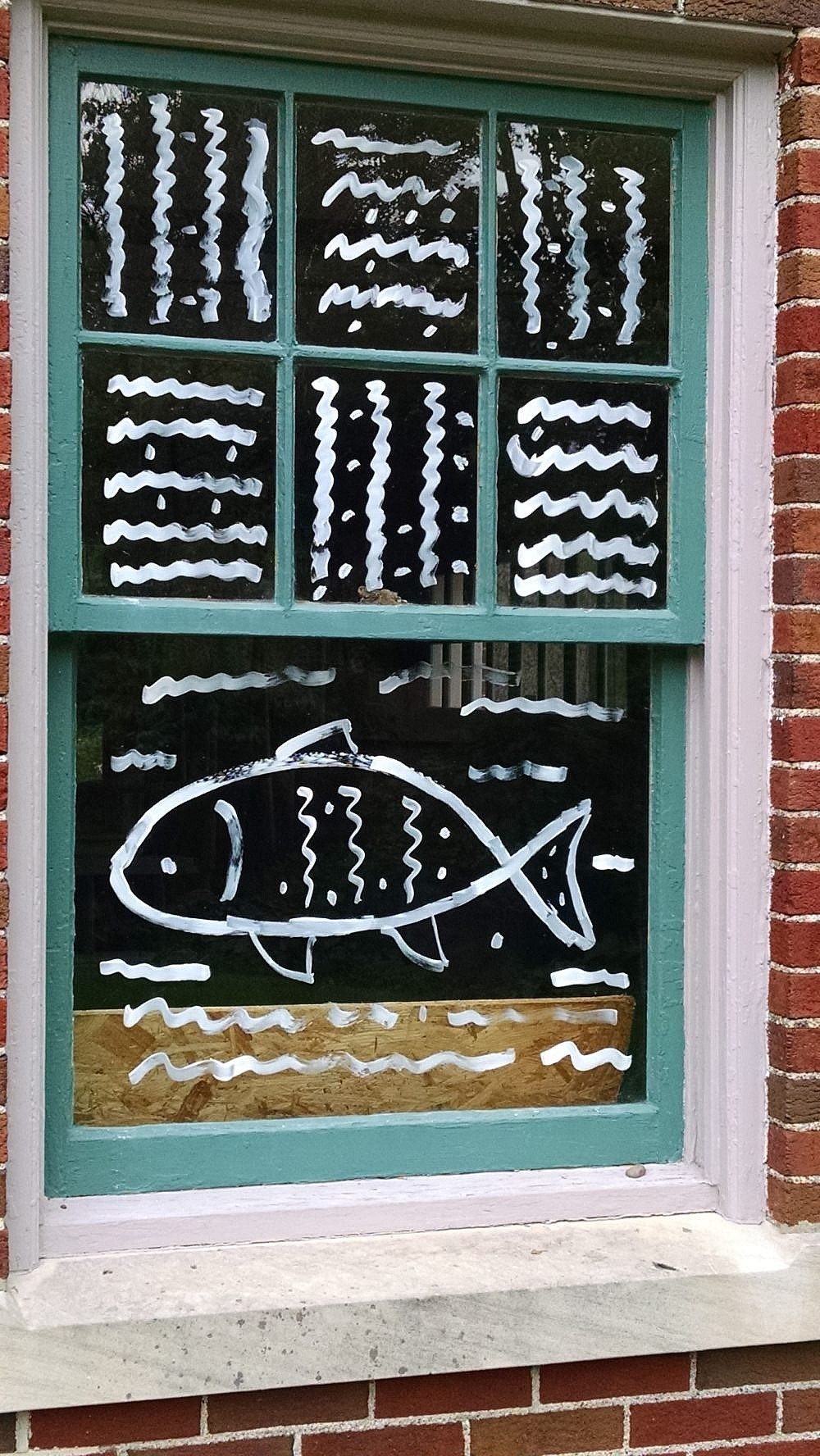 Non-toxic tempera paint is inexpensive, easy to wash off your windows, and you can get creative with it. Sheppard recommends getting the kids involved. You can even decorate your windows for different holidays or seasons.

“It’s amazing,” says Sheppard. “I put a bunch of it up on my windows, and it can get wet without running. I’ve had some of it last a year through rain storm after rain storm.” If you want to wash it off, a wet sponge is all you need.

What about my view?

Mesure says people expect markers to be ugly or obstruct their view—until they install them. Once windows have been treated, people forget about it.

“It becomes part of the backdrop after a while,” says Mesure. “People see beyond it.”

He talks about Consilium Place, an office complex in Scarborough, with mirrored glass that used to kill hundreds of birds a year. The owners initially resisted putting anything on the windows, out of concern for aesthetics. They eventually installed markers, and expected tons of complaints from tenants. They didn’t get a single one.

Sheppard says it’s better to deal with one or two windows than none at all.

“Start slow,” she says. “You don’t have to do every window in your house. If you are asking about solutions, that means you know you probably have at least one bad window. Start with that one bad window.” You’ll realize it looks fine, and more importantly you’ll see that it works. Unlike other conservation issues, this is a problem with a clear solution.

“This is not climate change,” says Klem. “This is not some complex worldwide conundrum that we’re going to be wrestling with long into the future. This is something that we humans can solve tomorrow if we put our minds to it.