Jann Arden On Pandemic Life, Politics And Season 2 Of Her Hilarious Sitcom

"Nobody likes a fart joke more than Sarah McLachlan" 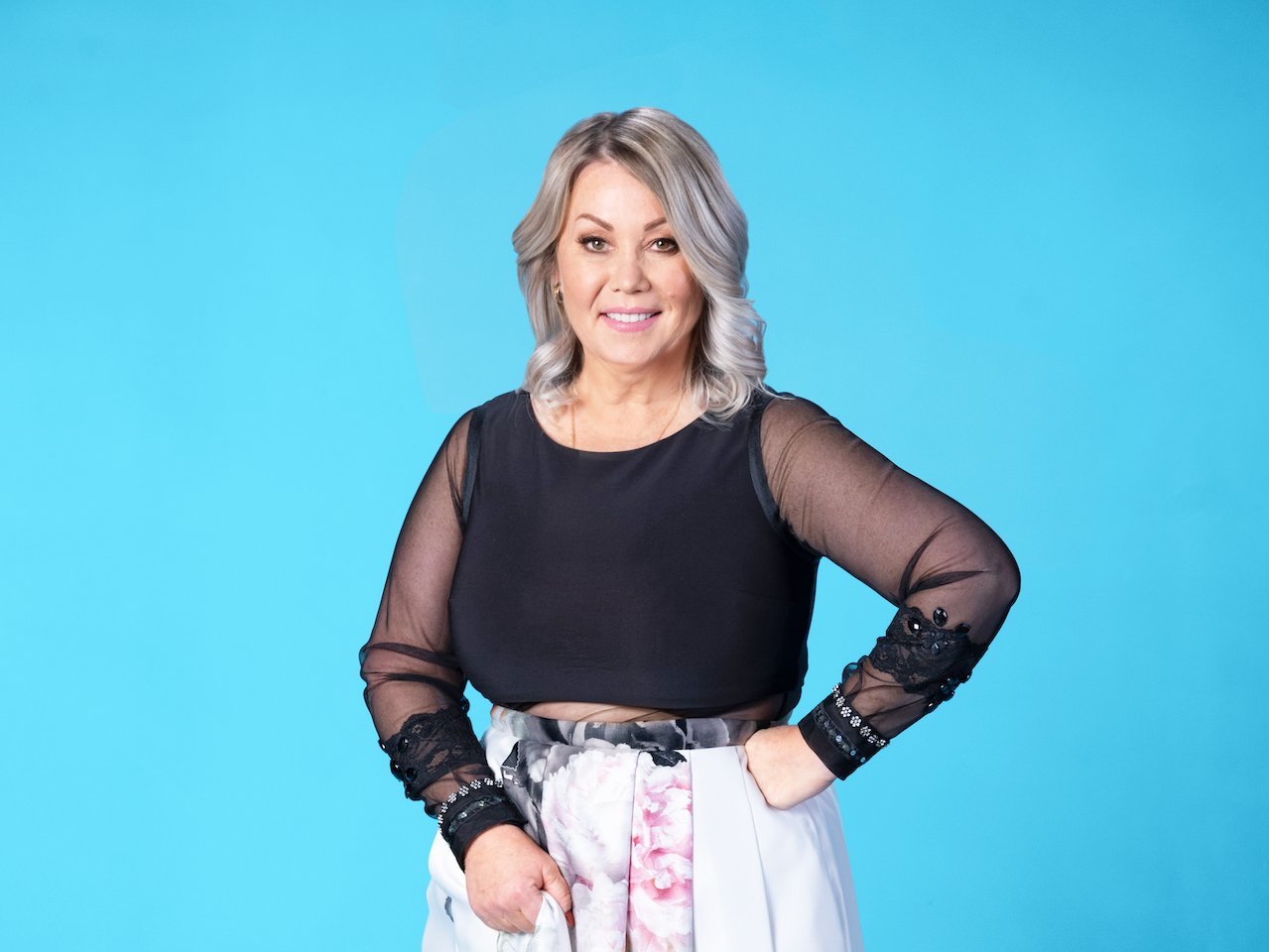 On her hit TV series, Jann, Jann Arden plays a “heightened” version of herself—bombastic, hilarious, unwilling to deal with anyone’s bullshit—wait, what exactly is heightened here? Since her 1993 debut album Time for Mercy, a.k.a. the soundtrack to our broken hearts, Arden has continued to reinvent herself—as an author, an advocate, a talk show host, the star her own not-quite-reality series. Season two premieres on Monday, September 21—for now, you can catch up on season one here—and features a cameo from Arden’s onscreen nemesis (and real life fart joke lover) Sarah McLachlan. Here, Arden talks quarantine playlists, sparring with alt-right Twitter and why COVID is the wakeup call we desperately needed.

Where were you when the pandemic hit?

About a week before lockdown I was at a corporate job in the Bahamas. The whole band was there. On the way home we saw a few masks in the airport, but it was a full flight and we had to be through Toronto to get to Calgary. I pretty much spent the three months leading up to COVID in airports. I said to my tour manager Chris, if we didn’t come across the coronavirus at some point, I’ll eat my own bra.

No, I have never felt sick or gotten any kind of cold. I don’t know how it works, but I feel like I must have been exposed. I was in Europe, in airports, constantly touching things. I was washing my hands, but not 20 times a day!

You had to cancel your tour. That must have sucked.

I was supposed to be out for two and a half months, but more than that, it’s a year of work for everyone who puts these operations together. Obviously this is not an easy time for performers, but it’s not like, poor me. It’s more like, is everyone okay? The artistic community that I’m in has been very supportive in trying to help the people who needed it. We have been alone together.

What kept you sane during quarantine? Were you a break baker? A puzzle doer?

I baked a bit of bread, but moreso I was a walker. I walked my dog a lot. I did a lot of phone calls, I wrote a lot of music. I think I spent a good month sad. But it didn’t feel like, This is life now. It felt like, Well, why not us? Why does this generation feel like we are exempt? We grew up listening to our grandparents and our great grandparents who walked uphill to school and uphill home. They endured things and this generation is like, Oh, what an inconvenience. I’m not glad anybody died or is dying or is sick, but I do think that something had to give and this is the something. Look at the way things have broken open in terms of the conversations we’re having about Black Lives Matter, our food systems, the way we treat seniors.

Are you hopeful about the future?

I have nothing but hope. Fear is a great teacher and people were legitimately fearful. I don’t think we’re going to go back. People may want things to be the same, they want to go bowling on Wednesday nights, but we need change.

Personally, I have sought comfort in the soothing ballads of Canadian icon Jann Arden during these trying times. Who does Jann Arden listen to for those purposes?

I am loving Lisa Gerard, an Australian composer who does new world contemporary. She did the soundtrack to Gladiator—those haunting female vocals when everyone’s dying. Celine Dion had a great new album, the Chicks have a great new album. And then old-timey stuff: Tom Waits, The Carpenters, ABBA, James Taylor, Bette Midler, Elton John, Rod Stewart, Kate Bush…

Jann, you really need to make a Spotify playlist.

I don’t know. I think I’ve killed many a party in my day.

Is it even a party if no one puts on Kate Bush?

She is so good. 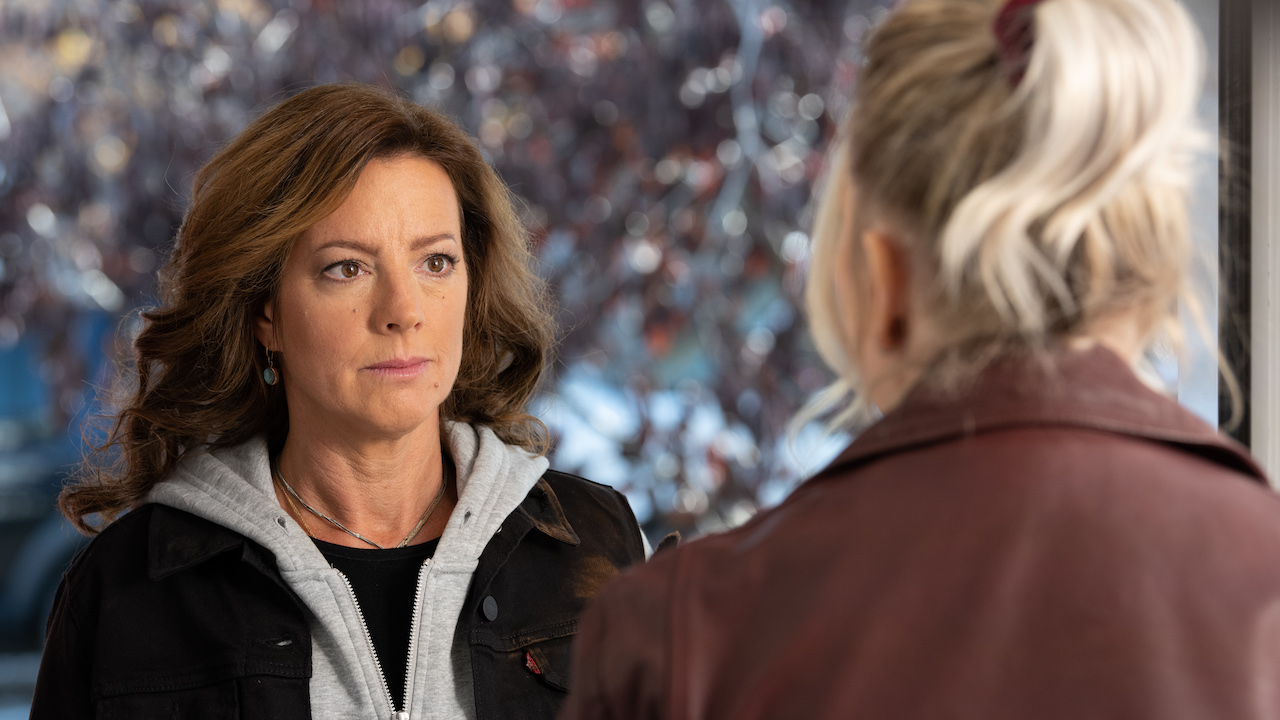 The season 2 premiere of Jann features a guest appearance by Sarah McLachlan. On the show she plays your nemesis. In real life—

We’ve met several times over the years. We’ve had coffee a few times and I certainly consider her a friend. She’s hilarious, she’s irreverent. Nobody likes a fart joke more than Sarah McLachlan, which is hard to believe but it’s true. She is also ferociously talented. We have a few guest stars this season who are playing heightened versions of themselves. Everyone has a sense of humour. It’s great.

Last season ended with Jann’s nearest and dearest telling her she was being a bit of an a-hole for putting her career before her personal obligations. Is that a situation actual Jann has been in?

I think a little bit. I was so determined to get to where I wanted to get to. I don’t know if you’d call it sacrifices, but I made some shitty choices. I definitely had a hand in ruining relationships. There was a brief window of time in my 30s where I thought about having kids. As I get older that question mark starts to fade, but I do still wonder what life would look like.

On the show your character’s mom was diagnosed with Alzheimer’s, something you experienced with your own mom. How important is this story line to you?

When we were developing the pitch for the show my co-creator Leah Gaultier and I knew we wanted to have a central character in the show with dementia. This was early stages, before the show was even about me, Jann. I think my character’s name was Nancy at the time. I think when we have an opportunity to teach and inform and lift some of the shame, we’re going to do it. I’m sleeves up and the gang asks me a lot of questions to make sure it feels authentic. In real life my mom’s disease progressed very slowly. The character of Nora is not going to decay into an oblivion. We don’t need to go there. We are going to have her at the centre of the family and to show audiences what caregiving looks like.

Your Twitter game is pretty impressive. Did you expect to cause so much drama when you called the newly elected Conservative leader Erin O’Toole “a tool”?

Everyone seems to think that I am going in blind, but I know what’s going to happen. I went after Jason Kenney in 2017, I called him an f-cking turd, and we had to hire security because I was getting death threats. The people that this comes from are not worth my time or energy. Could I behave in a more mature fashion, sure. But these people take it so much further. I mean, “a tool.” That’s a little childish and silly, but it was meant to be.

I’m sure it wasn’t the first time he heard it.

He’s heard it all his life! People come at me about being a Liberal, but you know, I have never said what party I vote for, and I have certainly gone after Trudeau. What’s crazy is how people take it so far. I’ll say something a little silly and they’ll say, You should die you fat b-tch. I block them, but first I will respond with something like, “Are you asking me out?” or “You seem nice, let’s grab a coffee.”

That’s amazing. I guess you’re not concerned about alienating people who buy your albums?

Not at this point in my career. If people think they’ve heard my worst, get ready. When the election comes I’m not going to sit quietly, I’m going to be relentless.