Yes, I DO deserve that accessible parking spot. 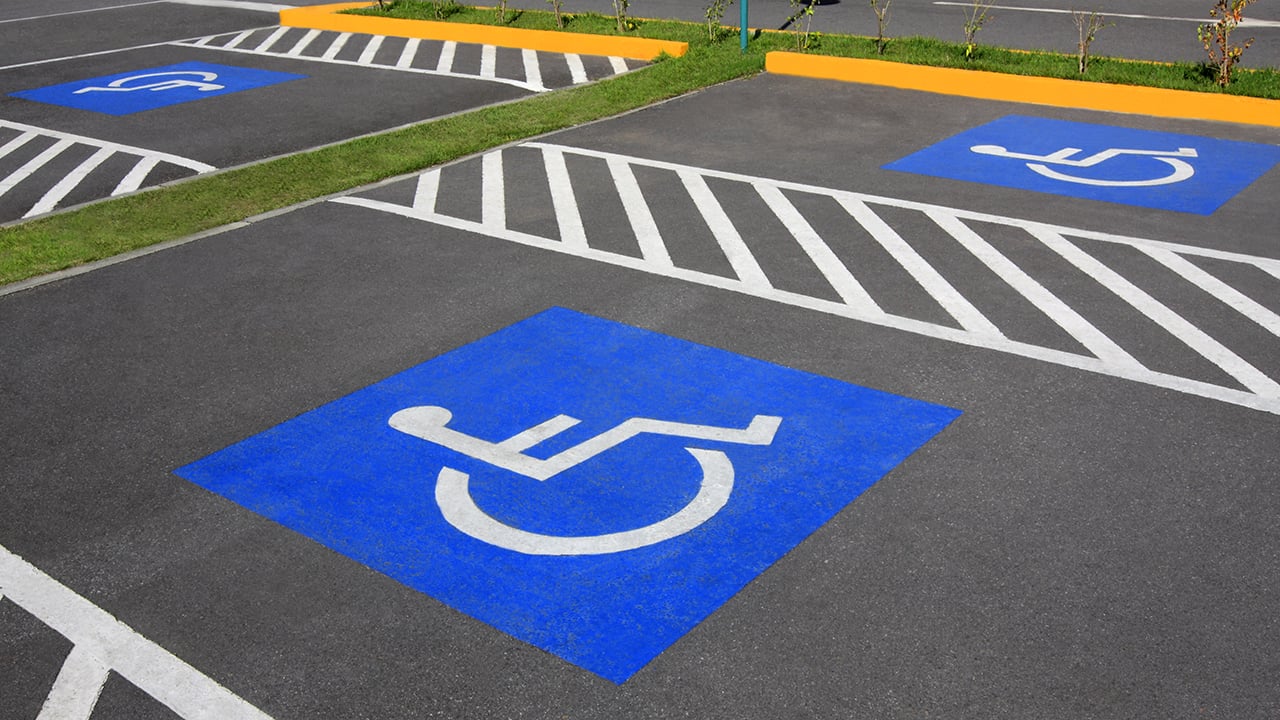 I had just pulled into the accessible parking spot at the supermarket. You know: the one that’s right by the front door, so that those who have difficulty walking don’t have to venture too far afield. Out of the corner of my eye, I saw her.

Like me, she was middle-aged and visibly tired. Unlike me, she had parked further afield from the main door of the store. She eyed me suspiciously and I detected a flicker of anger in her gaze.

“She doesn’t look like she needs that spot,” she was probably thinking. I know the look; I’ve seen it many times before.

I’m sure she would have liked to have parked closer to the entrance, as I did. I’m also sure that she wouldn’t want the ailments that have, unfortunately, afforded me the “privilege” of an accessible parking permit.

I have lupus, an autoimmune disease. At its core, it means that my body’s immune system attacks its own tissues and organs. It’s an illness marked by inflammation, which can cause a multitude of ailments ranging from joint pain and swelling to chest pain, shortness of breath and skin lesions, to name a few. Photosensitivity, fever and chronic fatigue are also common. Kidney failure is another unfortunate side effect for some who suffer from this disease.

Lupus is chronic and unyielding. There is no cure, but there are medications that can treat its symptoms. They can mitigate the disease, but they’re not perfect. As someone who, since diagnosed, will be on medication for the rest of my life, I can speak to this firsthand. While the regimen of prescribed drugs I take daily help, they don’t eliminate all symptoms. For the most part, they mitigate and lessen them to some degree, but pain is always present.

I work, I play, I live. All of which is done in relative normalcy and relative pain, depending on the day of the week. You see, this illness that I have is unpredictable. It hides away or recedes enough that I can function on some days. On others, I’m rendered immobile, bed or couch prone, often for days at a time. There’s no relief and no reprieve from the aches and pains that emanate from deep in my bones. And the ancillary ailments that come with these events—well, they’re not fun. Simple tasks that many take for granted become seemingly insurmountable when in the throes of a lupus flare. Mere walking exacerbates the joint, back and leg pains, and “lupus fog” depletes any semblance of social acuity.

Depression, skin rashes and lesions, general malaise…I could go on. Suffice it to say that the full package is not for the faint of heart.

The nature of lupus and similar autoimmune diseases is its unpredictability. “Flares,” as they’re called, will come out of nowhere, with no rhyme, reason or warning. One day, I’ll be fine (relatively speaking). The next? It’s bad. Yet, on the surface, to those who aren’t aware of its existence, I always look fine. And therein lies the problem.

“But you don’t look sick,” I’ve heard more times that I’d like to admit. No—I don’t look sick. But I am. Feeling sick and functioning on a daily basis can coexist. And that’s what I and others like me who live with invisible illnesses would like people to understand.

“Invisible illness” can be defined as any medical condition that is not immediately visible to others. The term is often used as an umbrella phrase to address chronic illnesses such as diabetes, arthritis and epilepsy.

One of the more commonly recognized signs of lupus is the butterfly-shaped rash that is often found on the faces of those afflicted. Spanning the nose and both cheeks in some cases, it is this indicator that resulted in the name that we commonly use for this illness. “Lupus” is Latin for wolf, and in the thirteenth century, the name was attributed to the illness that was marked by a rash that looked like the bite of a wolf. The name stuck. Those of us—including me—who don’t display this obvious sign of the disease are often questioned about whether we’re “really” sick because all ailments are certainly visible, aren’t they?

To this end, invisible illnesses perplex some and anger others. I’ve found that people, upon learning of my illness, have a range of reactions, including shock and confusion. I do not fit with their ingrained perceptions of those who are “sick,” therefore they question my diagnosis—or the nature of the disease’s effects. Some may question whether I really “deserve” to use an accessible parking spot. Others insist that I “look fine

I’m not. But I seem that way on the outside. Looks can be deceptive.

As a result, I often feel like I always have to explain myself and my actions, in one way or another. Whether it’s cancelling plans last-minute due to a sudden flare, or sending regrets in advance in response to an invitation for an event that I know is well-beyond my stamina level. Extended walking, standing or staying out late can have detrimental physical effects for lupus sufferers, so social activities are limited. For those who are fortunate enough to have escaped this (and other types of) invisible illness, be thankful that you’ve avoided both the physical and psychological effects of the afflicted.

Guilt, shame, anger and resignation are on the daily list of emotions that are experienced by me and people like me who “look fine.” Even well-meaning friends often miss the mark, forgetting what is realistically within my range of activity.

“But you don’t look sick,” they continue to say.

We’ve just become used to keeping a stiff upper lip, smiling through the pain and getting on with it. On the days when none of these options are possible, you’ll find us in our beds, on our couches and in our homes, nursing our aches and pains and wishing the current flare away. Sometimes we’re crying. Often we’re angry. Always, we’re resigned to this reality in which we exist, its lack of rhyme and reason and its brutality of force.

I don’t—but I am. And so are so many of the multitudes of people passing you on the street daily, all looking healthy and well. They may be none of the above, but the veneer of healthiness is just that—for some of us, the reality of inflammation and worse continually festers beneath the surface. Invisibility doesn’t mean invulnerability.

The woman in the parking lot continued to scrutinize me as I walked towards the grocery store’s main door. As she studied my gait and calculated the possibility of my misuse of the accessible parking spot, I continued on to my destination. I’d like to say that I stood up straight and unashamed, head held high in the knowledge that I had done nothing wrong. No dice, however. My aching joints wouldn’t allow it.