When the French starlet's sweetly seductive voice comes across the airwaves, you’ll want to crank up the volume. 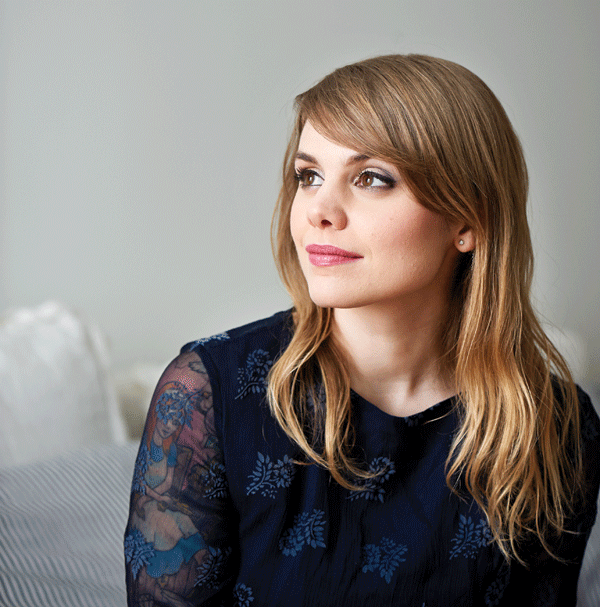 Karl Lagerfeld digs her, and France can’t get enough of her. Béatrice Martin, the Québécoise chanteuse known to her fans as Cœur de Pirate, may just be the sexiest thing to happen to French pop since Jane Birkin breathed, “Je t’aime,” over Serge Gainsbourg’s guitar chords.

There’s something about the mix of Béatrice’s honeyed, husky voice, feisty lyrics, French-starlet pout and edgy tattoos that’s utterly captivating. This seductive combo has garnered her multiple music awards and shot the 24-year-old to fame in both France and Quebec.

Béatrice’s musical career began at age nine when her mother, a classically trained pianist, noticed her daughter had trouble concentrating and enrolled her at the Conservatoire de Musique du Québec. “My mom thought I needed that kind of disciplined environment — and she wasn’t wrong,” Béatrice says. “At the time I didn’t want to spend my Saturdays in musical-theory classes, but it really helped with my composition. Thanks to that training, I’m able to make the music I want.” 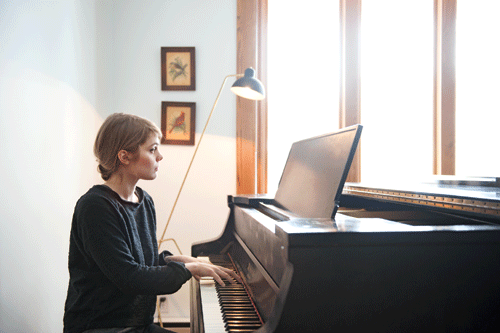 By the time she was 18, Béatrice’s song “Ensemble” had gone viral. She recently admitted to Ghomeshi during an interview that she found it lonely growing up — and breaking up — in the public eye. Her stage name was the result of one such breakup. “An ex-boyfriend had a band called Songs for Sailors, so I went for the opposite and called myself Cœur de Pirate (Heart of the Pirate).”

In 2012, Béatrice married tattoo artist Alex Peyrat, and they have a nine-month-old daughter, Romy. “We try to take her everywhere with us,” says Béatrice. A recent two-month stint in Paris to promote her new album, Trauma (an album of cover songs for the TV drama of the same name), was tough, though. “She was born the same day as Beyoncé, so she’s a little diva,” jokes Béatrice. “But I’ve found I can calm her down by playing music — Lou Reed soothes her instantly!”

Between press junkets, the family combed Parisian neighbourhoods for vintage treasures to decorate their Montreal home. “I’m obsessed with Mad Men,” says Béatrice. “I love the set decor: the teak, the velvet, the corduroy. I even have a blue corduroy couch with teak legs.” 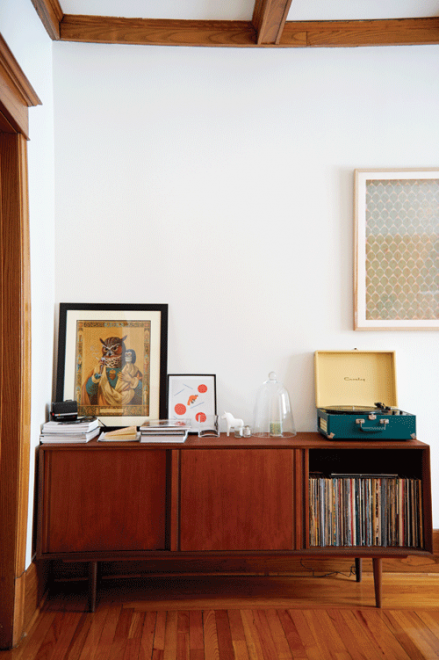 Trauma is her first foray into singing in English, and she covers classics by the likes of Nancy Sinatra and Amy Winehouse. “Amy’s death really got to me,” she says. “She was the real deal, the singer-songwriter who wasn’t afraid to talk about the hard things about love, alcohol and life.”

As her next album takes shape, Béatrice is feeling pre-release jitters. She gets nervous every time she goes into the studio. “My trouble focusing is still an issue,” she says. “I need someone there keeping me on track. But I wouldn’t change my erratic thinking and creating for anything — I have so many melodies stuck in my head, bits and pieces on my iPhone, from classical music to things I make up.”

Béatrice only hopes that her fans, whose support has helped her cross over from francophone sweetheart to indie darling across Canada, will embrace her maturing sound. “You evolve and you want people to follow along. But whenever you release something you think, ‘Are people actually going to like this?’ I just want to have a project that means something to people. If I couldn’t reach out to anyone, I wouldn’t be doing this.”

My proudest moment was… when I saw my daughter reacting to one of my songs for the first time.
I define downtime as… I don’t have that much downtime, but occasionally I manage to fit in some yoga at home.
I wake up in the middle of the night thinking about… why I’m awake. Ugh.
My favourite moment of the day is… morning! I’m such a morning person!
The biggest mistake I ever made was… dying my hair black as a teen. It was the worst — I’m a natural blond.
My guiltiest pleasure… used to be Glee, now more Nashville.
I’d love to go on vacation to… see where Twin Peaks was filmed.
My favourite quote is… “Things happen.”
When it comes to makeup, my approach is… bright lipstick does the trick.
When I was growing up, my parents would describe me as… difficult — but, hey, I turned out okay!
My best beauty advice is… stick with liquid liner and go for the Bardot eye.
Just before I get on stage I… usually feel extremely nauseous, and I just need to get out there and play.
My favourite tattoo is… my Romy on my wrist.
My favourite song off my album blonde is… “Place de la République” — it defined the album and its purpose. 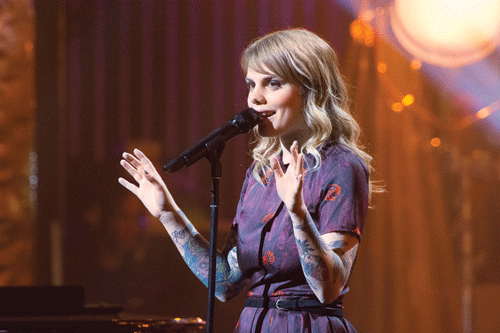 3. Diptyque candles: “I can’t stand most scented candles, but the Diptyque line is to die for.”

4. Natural shampoo: “I have thin hair and I love Klorane’s volumizing shampoo.”