The Problem With Plastic—And How To Use Less Of It

About 40% of the plastics made today are for disposable products. The problem is, plastic doesn’t biodegrade. Here’s how to cut back on the amount your use. 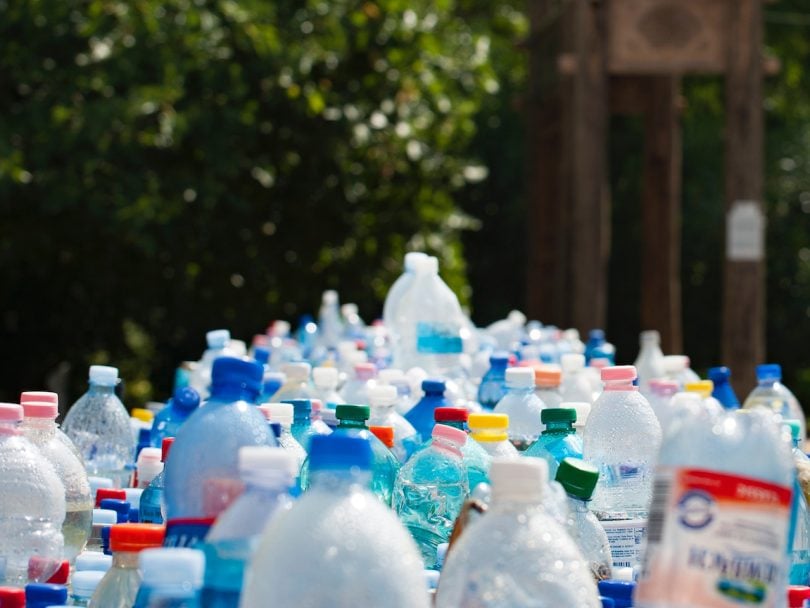 By the year 2050, there will be more plastic in the oceans than fish. That’s because every year, we manage to funnel an estimated eight million tons of petrochemical waste in the shape of shopping bags, water bottles, food wrappers and more into our waterways. Bits of plastic have been found in the deepest ocean trenches and in both polar regions. But the offending polymer is also hiding in products we don’t immediately think of as plastic. “Clothing made of synthetic fibres, such as polyester, nylon and polypropylene, is actually made of plastic,” says Vito Buonsante, plastics program manager for Environmental Defence in Toronto.


Other places plastics lurk include paper coffee cups, which are lined with polymer to withstand liquids; chewing gum; microbeads in cosmetics; tea bags; and slow-release fertilizer capsules. “Even disposable diapers and sanitary pads, which are in contact with skin, are made of plastic and contain chemicals that could be toxic,” says Buonsante, adding that they pose a double threat when they end up in landfills after use.

Why plastic is bad 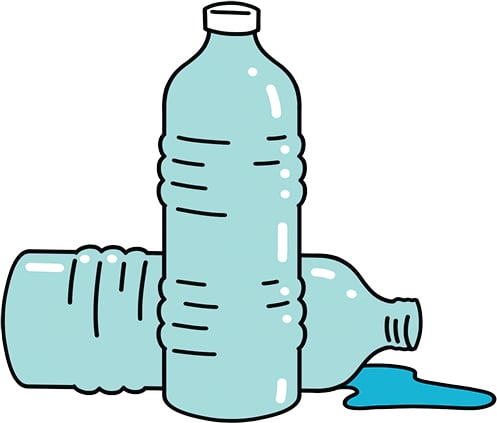 When plastic was invented in the early 20th century, it was hailed as a miracle material: waterproof, shatter-resistant and durable. In fact, it’s so durable that extraterrestrials making a stopover here 1,000 years from now may read it as archaeological evidence of our fossil-fuelled era. “The problem with plastic is that it doesn’t biodegrade,” says Buonsante. In the oceans, it kills whales, turtles, seabirds and other wildlife that mistake plastic bags and bottles for food, and plastic debris drowns animals that get entangled. Depending on the type of plastic, it will break into smaller pieces that can leach chemicals into the ground and water. And the microbeads and microfibres shed from synthetic clothing are absorbed by the lowest rungs in the food chain, eventually working their way upward, from krill to molluscs to fish to humans.

How to wean yourself off plastic

A reduction in plastic use and pollution will only come when its production is limited or stopped. That, argue organizations like Environmental Defence and Ecojustice (Canada’s largest environmental law charity) will only happen when governments enact and enforce laws that hold corporations accountable for the plastic pollution they produce.

“Stopping plastic pollution is important for protecting the environment, wildlife and human health, and we all have a part to play,” says James Gunvaldsen Klaassen, a lawyer at Ecojustice. “Individual actions matter, but if we want real, lasting change, we also need to push for laws and policies that will make that happen.” Buonsante agrees. “As consumers, we buy the pop or water that’s inside the plastic bottle, not the bottle itself, so the company that made the bottle should be responsible for ensuring it doesn’t end up in the environment,” he says. (That’s why his organization is campaigning for a plastic-bottle deposit system in Ontario.)

It takes 500 years for the average

In the meantime, individuals can reduce or refuse plastics, especially single-use packaging. “About 40 percent of the plastics made today are for disposable products,” says Buonsante. The first step to reducing plastic pollution is to cut single-use plastics, such as shopping and produce bags, and disposable bottles and coffee cups. Bring your own cloth bags for groceries and produce, keep a reusable mug and bottle with you, and shop at bulk and zero-waste stores if they exist in your community.

“Switch back to bar soaps,” adds Buonsante. “They’re cheaper than liquid soap in plastic containers, and they last longer. And powdered laundry detergent works as well as its liquid counterpart, but it’s packaged in paper boxes.”

Meanwhile, Klaassen advocates for cutting down on how much we buy and consume, and says it can make a big difference. “Challenge your friends to a 30-day zero-waste period,” he says. “It’s a great way to take action yourself while encouraging others to do the same.”