Behind the brand: Joe Fresh

Over the next four years, Joe Fresh will open 225 stores in 29 countries. How a homegrown line of fashion basics plans to take over the world. 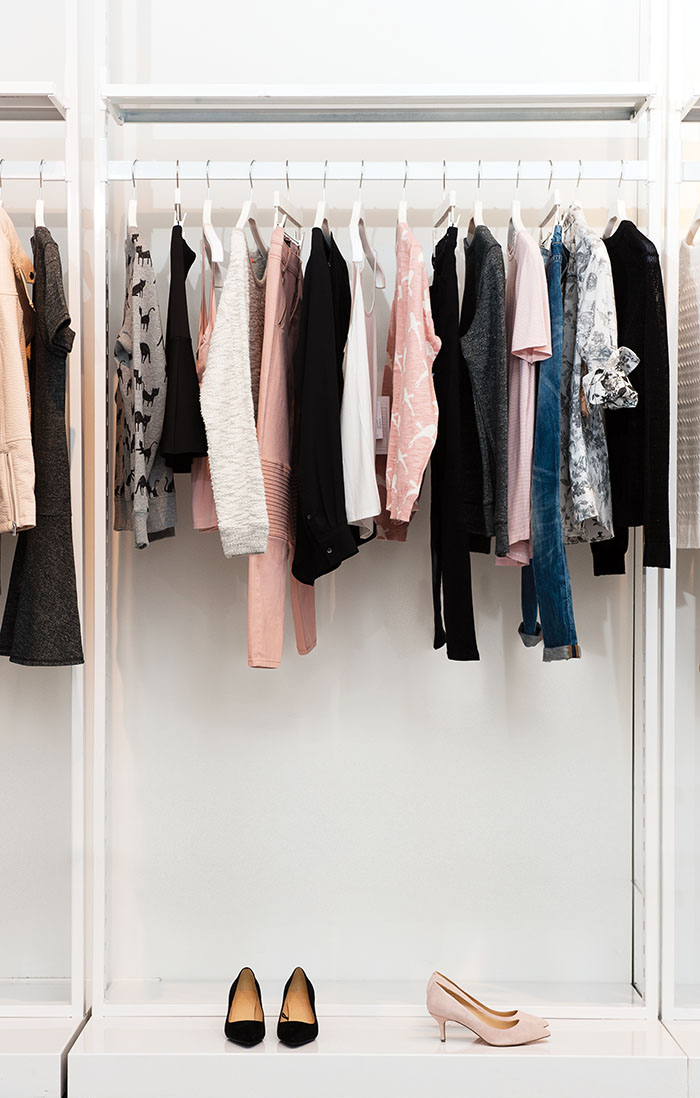 It’s early October in Toronto’s west end, and the streetcars and GO Trains are clanging past with their usual hurried regularity. Condo dwellers chase after them, crunching through the leaves. But inside the lobby of Joe Fresh’s headquarters, the silence is absolute. The walls are a pristine white, except for the single pop of a recognizable orange logo; a long, empty hallway narrows into the distance behind one intensely focused receptionist. The place feels like some minimalist Scandinavian spa or a hospital in the healthiest-ever town. It decidedly does not feel like the epicentre of a company embarking on a global expansion.

But in 2014, the Canadian lifestyle brand announced plans for a worldwide takeover, with 225 stores to open in 29 countries across four continents, all by 2019. Last year, one store opened in Egypt, three in Saudi Arabia and six in South Korea, and more are slated for each country in 2015. The list of upcoming markets is as diverse as it is long: Big ponds like Spain, Mexico and the United Arab Emirates are on there, but so too are slightly more unexpected destinations, like Kuwait, Azerbaijan, Macedonia and Belarus. It’s almost as if someone handed a map and some darts to Joe Mimran, the brand’s creative director, and said, “Go nuts.” 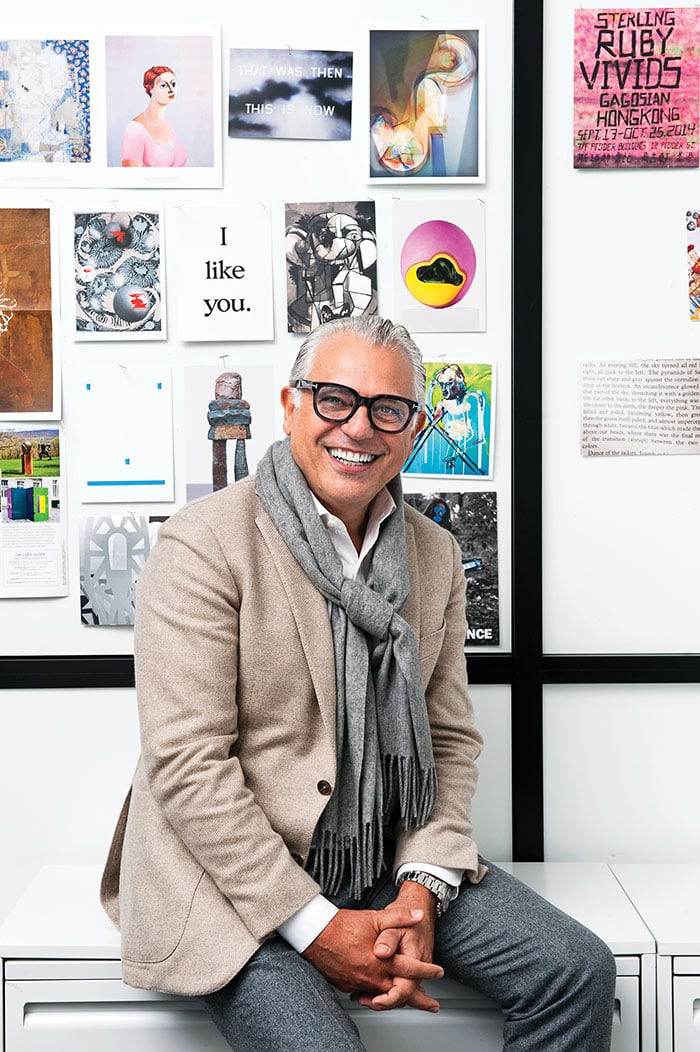 Of course, to hear Mimran tell it, Joe Fresh’s explosive growth is just the happy consequence of a 2006 experiment gone really, really well. The fashion-industry vet (and one of two Club Monaco founders) was originally approached by Loblaw in 2004 to develop an adult-fashion line for its bustling superstore locations. Mimran created an affordable mix of classic and on-trend items in a palette of vibrant colours that wouldn’t feel out of place in a grocery store. The rest was a bit of a crapshoot. “When we started, just getting [the clothes] through Loblaw’s distribution was our focus,” Mimran says, adjusting his seasonally appropriate camel-hued pullover. “But we had to have a standard of product that was internationally viable in order to compete in Canada.”

After just two years, the company had 40 in-store outposts and retail sales reported to be in excess of $400 million. (Not bad for a business that popularized the $5 T-shirt.) In subsequent years, Joe Fresh branched out into sleepwear, children’s clothing, sunglasses, even a cosmetics line. There were shows at World MasterCard Fashion Week; online shopping launched. Says Mimran, “When you finally hit 340 stores in Canada — 16 free-standing — and become the largest Canadian apparel brand in the country, you start to think to yourself, ‘There are opportunities beyond this border.’ ”

Still, successfully transplanting a homegrown fashion brand to Montenegro and Oman presents more challenges than enticing Canadian women to purchase frozen peas and patterned tunics during their weekly shopping trips. The trick will be to customize the brand for different cultures and markets without losing the key component of its identity: basic, basic, basic.

Saudi Arabia may be the most culturally conservative market of the 29 countries Joe Fresh has tapped for growth, though the company believes there’s a rapidly developing appetite there for contemporary fashion. (Also, it was able to secure some first-class real estate.) Dhahran, Riyadh and Jeddah are home to the country’s first three outposts, and accommodations have necessarily been made: As is the custom in many Saudi malls, there are no fitting rooms, and staff are mostly male. Retail hours revolve around daily prayer sessions, of which there are five, so business shuts down each time for roughly half an hour. And because of the blazing heat, stores are open much later, providing an opportunity for families to socialize in an air-conditioned setting. The Saudi market might just be the acid test for Joe Fresh’s foreign mission — if it can make it there, it can make it anywhere.

Loblaw president and executive chairman Galen G. Weston conceded last year that Joe Fresh’s recent American expansion “hasn’t gone quite the way we hoped it would,” though he chalked that up to struggles at JCPenney, which sells the line in more than 680 of its stores. But the stand-alones along New York’s Fifth and Madison Avenues provided another advantage for development: huge exposure to international visitors.

Current Joe Fresh president Mario Grauso left the Vera Wang Group in 2013 to spearhead the global expansion. He’s confident that “what makes us able to walk into all these markets is that we’re not chasing trends,” unlike stores like Zara and Uniqlo, which take their cues from the runways. “We start out with basics that don’t alienate anyone,” he says. “So [shoppers] can make clothes their own — whether in South Korea or the Middle East.” That branding consistency also means that a Joe Fresh store will look like a Joe Fresh store, regardless of your Google Maps coordinates.

Achieving a seamless move on an international scale is rife with potential snags, says Kaileen Millard-Ruff, a retail expert and director of national retail operations with the Ontario consumer-marketing firm OSL. Aside from big-picture concerns — shipping the right goods to the right stores at the right time — employees will have to deal with retail minutiae, like ensuring every garment tag is properly translated. To lighten that load, the company uses a licensing model, contracting partnering agencies based abroad to help it wade through the potential “logistical nightmare”—  Millard-Ruff’s words — of transitioning into uncharted territories. The partners suggest specific cities and locations within the countries, a task that Grauso says is one of the toughest. “We want the best neighbours next to us.” (In other words, you don’t want to accidentally plunk a Joe Fresh into a retail dead zone.) 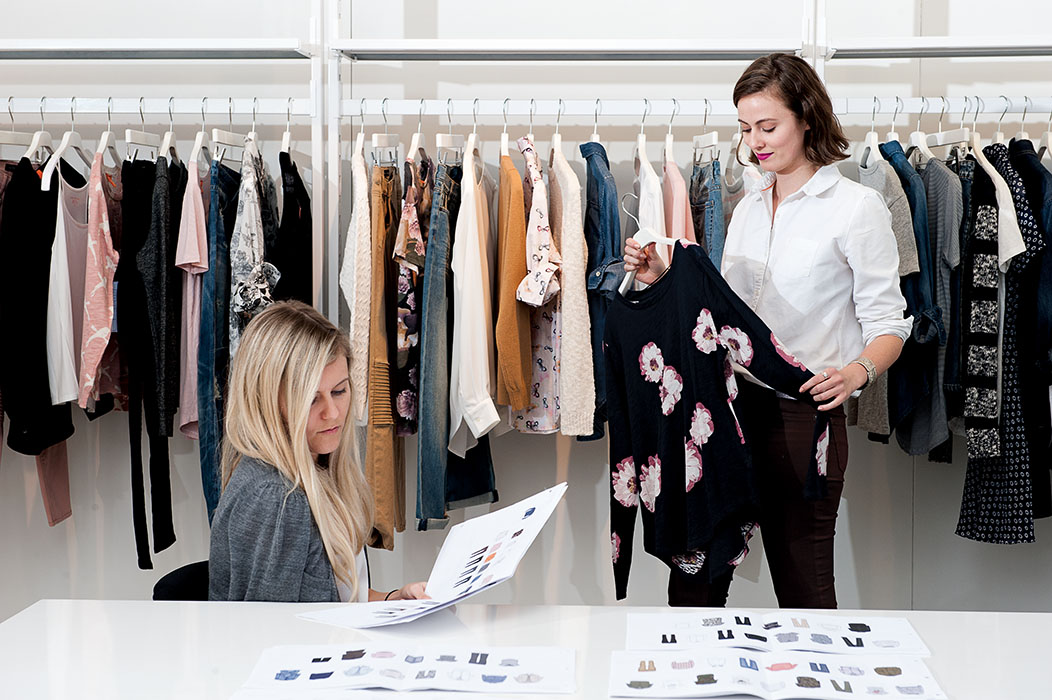 Once a store’s bricks and mortar details are set, Joe Fresh’s VP of global retail, Steven Horn, flies to the new city so merchandisers and scouts can help him get a feel for the local culture. (Horn estimates he’s on a plane 15 times a month.) Then his team descends on the brand’s newest digs to pass along a “creative kit” containing the store’s window displays, signage and e-commerce strategy; even the photography is shot in Canada. Horn and Co. also return for regular quarterly check-ins after operations are up and running. As Grauso jokes, “It uses a lot of frequent flyer miles.”

At home, Joe Fresh has its identity down, but the company knows the key to success in new markets is, as Millard-Ruff puts it, “respectful accommodation.” She adds, “You stay true to who you are as a brand, but if something isn’t in sync with the surrounding culture, you accommodate. If it’s 80 degrees outside, you’re not going to ship winter coats.”

Climate is an obvious factor in deciding which clothing gets shipped when and where, particularly when there are stores in both Egypt and Serbia. Fashion buyers  hired by the partnering agencies make selections from Joe Fresh’s current assortment, which are comparably priced for customers abroad. But even between the most geographically disparate stores, Mimran estimates, the inventory of clothing and accessories differs by only about 15 percent.

In South Korea, the major concern with respect to clothing is petite sizing, but the question of what constitutes country-appropriate clothing and commercial conduct is particularly important to Joe Fresh’s Middle Eastern stores. Owing to issues of religious modesty, in Saudi Arabia, any exposed skin in advertisements is pixelated. Saudi buyers may pass over short skirts for longer dresses, or pick outerwear that affords the customer more coverage. They might also select more formal, party-style items to have in-store for Eid al-Fitr, a festival that marks the end of Ramadan.

With at least 40 stores slated to hit Saudi Arabia in the next three years, it’s clear that the brand has invested — big time — in that particular market. The challenge will be to meet the country’s cultural expectations without sacrificing what makes the shopping experience quintessentially Joe Fresh: clean and uniform, a sort of sartorial Ikea. Millard-Ruff suggests the company could glean a thing or two from brands that didn’t forfeit their authenticity once they outgrew Canada. “Canada Goose took off as a luxury brand, [as did] Lululemon. Their branding was really on point, and there was an appetite for their products. It was the right time and right place, but they stayed true to their own look and feel.” 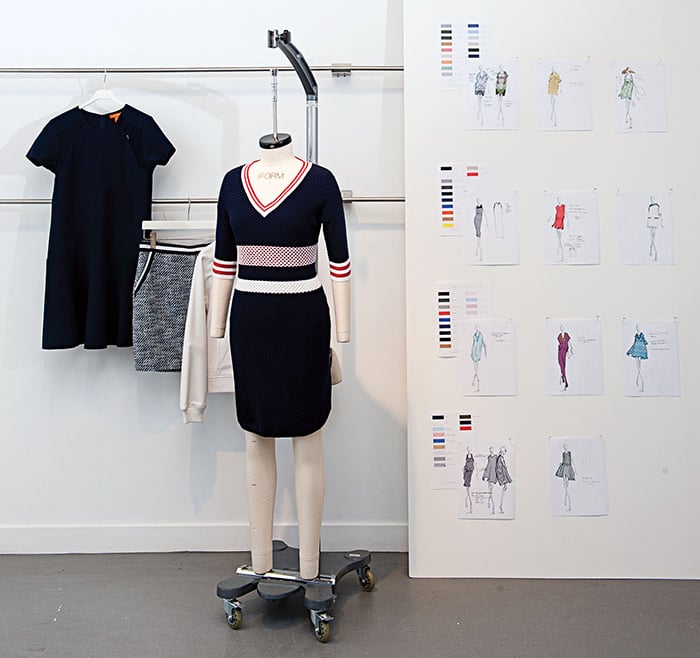 Only a few months have elapsed since the expansion kicked off, and Mimran knows Joe Fresh will have to get real comfy with a trial-and-error approach to its foreign endeavours — after all, Rome wasn’t populated with fast-fashion chains in a day. “We’re still newbies in this part of our growth plan,” he says. “Every strategy has to change over time. You see who the survivors are.” The lion’s share of the brand’s international outposts don’t yet have an opening date, a gap that Grauso hints will give execs plenty of opportunities to refine their business plan. “It’s always harder to open stores than you think,” he says. “Construction gets delayed, and you have to be realistic about how many stores you can open in a year. The biggest lesson is ‘Don’t go too fast.’ ”

Between the trickle-down nature of trends, designer collaborations with affordable brands and the ubiquity of street-style blogs from Moscow to Mumbai, fashion has become increasingly democratized and globalized. That’s why Joe Fresh is sticking closely to the minimalist esthetic mastered at home. “We’re already servicing such a broad spectrum of customers here,” says Mimran, “so that translates really well when we try to migrate. Canada didn’t happen overnight; it was a journey.” And he’s banking on the fact that, as Joe Fresh’s journey swings through the searing climates of North Africa and the Middle East, shoppers will be there, waiting for a little piece of Canadian cool.