How To Get Your Environmentalism Back On Track During The Pandemic

Buy less, dust off your reusables and re-engage with local movements. 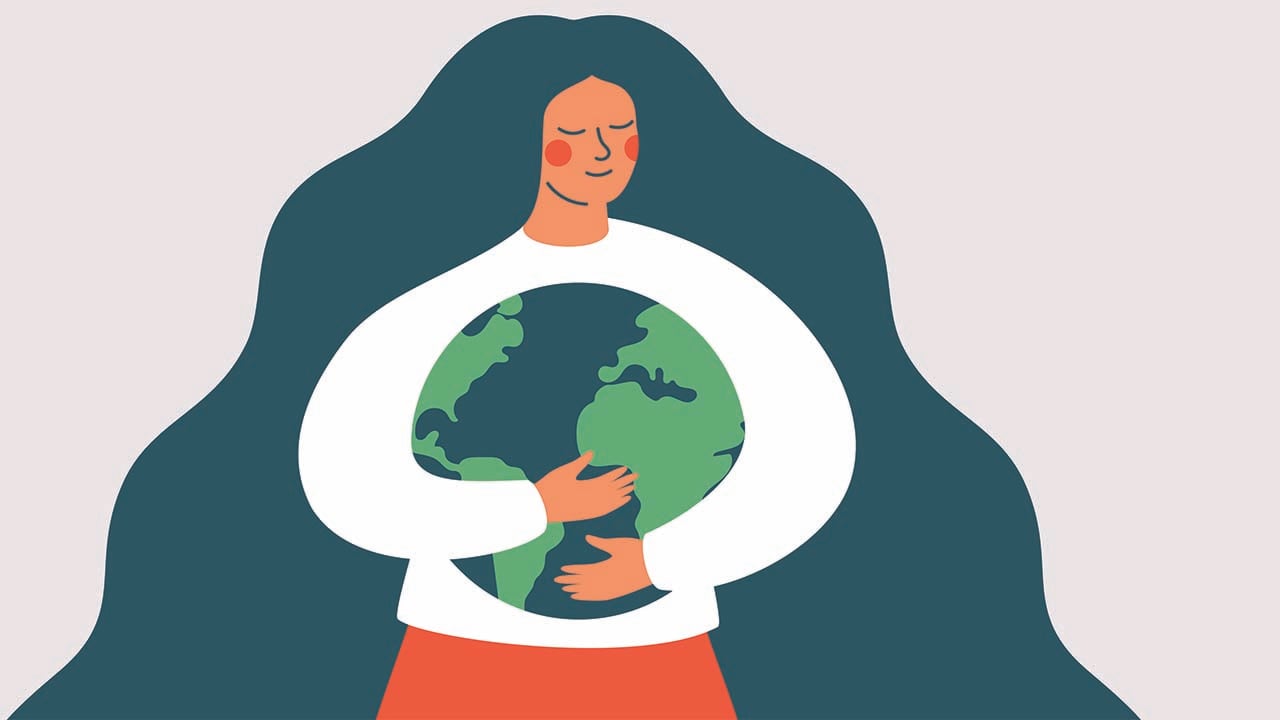 Greenhouse gas emissions are once again surging worldwide after a brief decline this spring, and the concentration of greenhouse gases in our atmosphere reached a record high this year. The panicked onset of the pandemic saw many of the green habits that have come out of years of activism, lobbying and legislation quickly falling out of practice. It’s estimated that single-use plastic waste, for example, has increased by 250 to 300 percent during the pandemic. Though some of this increase can be attributed to disposable personal protective equipment (PPE), the spectre of COVID-19 has also led to wariness around the safety of reusables in places like restaurants, coffee shops and bulk food stores.

Canadians are realizing that, even during a pandemic, they can re-engage themselves in climate advocacy or restart their sustainable habits after lockdown. Here are 4 ways to get your environmentalism back in gear during this stage of COVID-19.

Though most brick-and-mortar stores were closed during the early part of the pandemic, online shopping doubled in Canada during the lockdown, according to a Statistics Canada report. (With its shipping emissions and excessive packaging, online shopping has a huge environmental impact. Amazon alone has a carbon footprint of 44.40 million metric tons.)

One of the best things you can do for the environment is to cut back on buying new things. In Canada, products can market themselves as “sustainable,” even if they aren’t certified by any third-party or the federal government. That means that buying something that calls itself “sustainable” or “eco-friendly” might not actually be a good choice for the environment. Plus, all new products use up resources during production and might eventually end up as waste in landfills. According to a 2007 estimate from the Environmental Protection Agency, Americans throw away 68 pounds of clothing and textiles per year; according to a poll done for U.K. charity shop Barnardo’s, last year, Brits spent £2.7 billion on 50 million summer outfits—each of which was only worn once.

Try writing down all the things you buy over a few months—it can be both horrifying and eye opening. After keeping tabs on your purchases, take stock of what you can cut down on. Using things that you already own, or sourcing things secondhand, is a surefire way to be more environmentally friendly.

In March, at the beginning of the pandemic, popular chains like Starbucks and Tim Hortons stopped accepting reusable cups, citing the safety of both their employees and customers. This development came at a moment where many global coffee chains were looking to become more environmentally conscious. Starbucks, for example, redesigned their cold drinks cups with a lipped lid to cut down on straw use.

Now, half a year later, most, if not all, major eateries still aren’t accepting reusable containers. However, there are a few ways to cut down on disposables when eating out. Bring your own reusable straw when you get an iced drink—or don’t use a straw at all. If you’re getting takeout, pass on plastic cutlery and use your own (also an option with delivery services like UberEats). If you’re ordering something that comes with little ketchups, mustards or packets of soy sauce, opt out of those and use what you have at home.

And when you’re grocery shopping, bring your own reusable bag (most grocery stores are now allowing customers to use their own bags, but customers will need to bag their own purchases). Just remember to machine wash them when you get home to disinfect them.

Cut down on PPE waste

Masks are recommended (and in many places, mandatory) everywhere in Canada. But it’s also recommended that you replace your mask every time you wear it (either by washing it or wearing a different one). This means a scary amount of masks being tossed after just one use: according to the UN, an estimated 75 percent of used masks and other pandemic related-waste (like disposable gloves) will end up in landfills or the oceans. Not only are disposable masks creating garbage, there’s also a lot of confusion around how exactly to dispose of them safely, leading to a litter problem.

For anyone who isn’t a healthcare worker, non-medical cloth masks are acceptable as a layer of protection against COVID-19. Choosing them over disposables will reduce the amount of waste you create. To disinfect and reuse your cloth mask, just toss them in the washing machine or handwash them. (Here’s a helpful list of made-in Canada cloth masks!)

“Flushable” wipes are already blocking sewers and causing problems at treatment plants, even before they stick around as garbage. Instead of using wipes to clean hard surfaces, choose sanitizing spray and a washable reusable cloth. Washing your hands after touching shared surfaces is more effective (and sustainable) for the general public than disposable gloves.

While personal choices are crucial, it’s also important to remember that the climate crisis won’t be solved by the actions of individuals. “[The climate crisis] comes from deep, deep, systemic problems that are only going to be addressed through coming together as individuals,” says Emma Jackson, an Edmonton-based organizer with 350Canada and Climate Justice Edmonton. She says that she’s seen a “massive moment of awakening,” as the threat of evictions looms over everyday Canadas even as the federal government is providing rent relief for airports.
Jackson suggests that having conversations with those around you about the climate crisis is key to reengaging with climate change activism: “We have a massive opportunity right now to build a future that isn’t reliant on fossil fuels and that the time to do that is now.”

Writing to your elected officials is another way to advocate for the climate—even from home. An easy way to start is researching your local members of parliament, seeing where they stand on the climate crisis and writing them to address your concerns. Push your local representatives to put forward more ambitious legislation—such as cutting oil and gas subsidies. And write your local politicians to fight against legislation that would harm the environment, like Doug Ford’s gutting of the Endangered Species Act and the Environmental Assessment Act in Ontario. Ask tough questions: “Like, how can they justify spending [billions] on a pipeline at a time when [many] people are struggling to afford their rent?” says Jackson.

It’s also critical to stand in solidarity with racial justice organizations: the climate crisis will affect poor, racialized people and the Global South earliest and hardest, which highlights the importance of climate activists standing in solidarity with racial justice activists. Jackson points to local Black Lives Matter chapters and other grassroots organizations as people to follow in your own organizing, learning and activism.

“COVID-19 hopefully taught us that we’re really capable of coming together and caring for one another,” Jackson says. “I think the vast majority of people have the empathy and compassion that needs to be brought to how we approach the climate crisis.”