The Real Environmental Toll Of Your Smartphone

The average Canadian gets a new device every two years—adding to our mounting electronic waste problem. 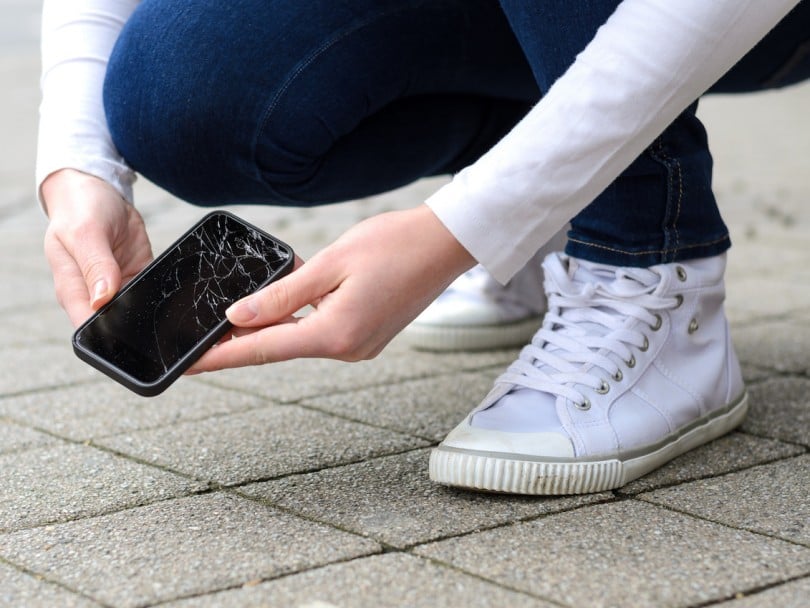 We all know that our smartphones and iPads can be bad for our sleep and attention span. But our old tech toys can pose a much more direct risk to our health—improperly disposed of, they can leach toxic chemicals into the environment which can then affect our health.

“A lot of electronics contain hazardous materials that we can’t have ending up in landfills,” says Lynda Kitamura, the vice-president of the non-profit organization Electronic Products Recycling Association (EPRA). She sees every aging smartphone, old laptop or broken printer as an opportunity to reuse or recycle precious materials. Ttake advantage of easy recycling that starts with free drop off at our safe and secure locations,” she says. “With electronics, the future really is in our hands.”

In fact, Canada is one of the world’s worst e-waste offenders, according to the Global E-waste Monitor, an organization overseen in part by the United Nations University and International Solid Waste Association. A 2016  report from the University of British Columbia found that Canadians generate approximately 725,000 tonnes of e-waste each year, and only 20 percent of it is recycled properly.

Before you toss your old Android, here’s what you need to know.

What exactly is electronic waste?

“Electronic waste” encompasses any device that requires batteries or electricity to work—everything from batteries to electronic toothbrushes to tablets to washing machines. And when these devices are either thrown in landfills here in Canada or shipped to junkyards overseas (a lot of our garbage and recyclables are sent to China), they leach toxic chemicals, such as mercury (harmful for lungs, digestive and immune systems), lead (detrimental for long-term intellectual development) and cadmium (dangerous for kidney, liver and bone health) into the soil, air or ground water.


Of course, e-waste isn’t a new problem. (Consumers have been buying and discarding electronics since the first wireless radio came out.) What has changed, however, is the speed at which we’re discarding our goods.

On average, consumers keep cell phones for only two years before they trade them in or throw them out. (Full disclosure: I’ve gone through three phones in the last five years.) “The world changes in ways that makes devices obsolete long before they’re worn out,” says Graeme Hirst, a Toronto-based electronic waste expert and computer sciences professor at the University of Toronto. “An old iPhone doesn’t cut it anymore, not because it’s broken but because it doesn’t have the power to do the new things you want it to do.”

How does e-waste affect our health?

Pollutants from e-waste can accumulate in our bodies and can lead to DNA damage and cancer. Children are particularly vulnerable because they are still growing, and pregnant women exposed to e-waste can pass on increased health hazards to their children in the womb. Additionally, e-waste disposed of through open burning or other illegal measures (which is more common in developing countries) can contaminate wildlife, such as fish, which can be traded locally or around the world.

Why is e-waste such a big problem?

There is a huge human toll to even make these devices. While countries like Canada have robust regulations in place about how and when materials can be sourced, developing countries—where most of today’s minerals used in the production of smartphones are sourced—do not. Many of the industry’s biggest manufacturers currently source goods from developing economies that suffer from weak corporate and social oversight. For instance, a 2017 report from Amnesty International found that more than half of the world’s cobalt, a key component in lithium-ion batteries, comes from the Democratic Republic of Congo, where miners have to contend with toxic dust, industrial runoff and unsafe working conditions.

Excessive mining also threatens the future of local growth in developing countries by depleting natural reserves and curtailing local manufacturing growth, says Gisele Azimi, a chemical engineering professor at the University of Toronto. “It’s not just the environmental damage,” she says. “If the materials aren’t being recycled, you’re generating high levels of new e-waste and the industry will face supply shortages in the next 10 years and costs will skyrocket.”

A recent study from Tsinghua University in Beijing and Sydney’s Macquarie University found it was 13 times cheaper to mine electronic waste than it was to source new minerals by extracting it from the environment.

How can you prolong the life of your device?

Holding onto your device longer helps cut down on e-waste. To keep up your smartphone’s speed and length of charge, it helps to optimize data storage and battery capacity. When your data storage gets close to its maximum, it starts to slow your phone down. Free up space by storing photos and other large files on an external hard drive and then removing them from your phone. To prolong the life of your smartphone battery, try dimming your screen’s brightness. It also helps to turn off apps that are running the background and turn off Bluetooth when you aren’t in the car or playing music wirelessly. Many phone batteries need to be replaced every two to three years.

Are recyclable batteries better than disposable?

What’s the best way to dispose of old devices?

In Canada, a shift in retailer-led environmentalism has made it easier to recycle old devices for free. For instance, Apple has its own trade-in program where consumers can trade in gadgets for store credit, Staples accepts old devices and Best Buy partners with companies like eCycle to handle consumer e-rubbish.

The EPRA also details directions and locations of recycling hubs across the country. Unlike other garbage collectors, EPRA doesn’t charge consumers dropping off unwanted goods. The goods are sorted and recycled by its contractors who extract minerals that can be reused. Last year, the organization was able to divert a total of 85 million tonnes of gadgets from landfills.

Azimi and her team at University of Toronto have created a process that allows companies to recycle elements found in electronics in as little as one hour. While not commercially available just yet, she sees it as the future of electronic waste and a way to lessen the pressure placed on the environment.

“If you can enable green technology it’s a big win for companies and the environment,” says Azimi.

Takara Small is a Toronto-based technology journalist, public speaker and founder of a nonprofit that teaches youth from underserved communities how to code.