Did Prince Harry Really Hang Up On Meghan Markle's Dad? 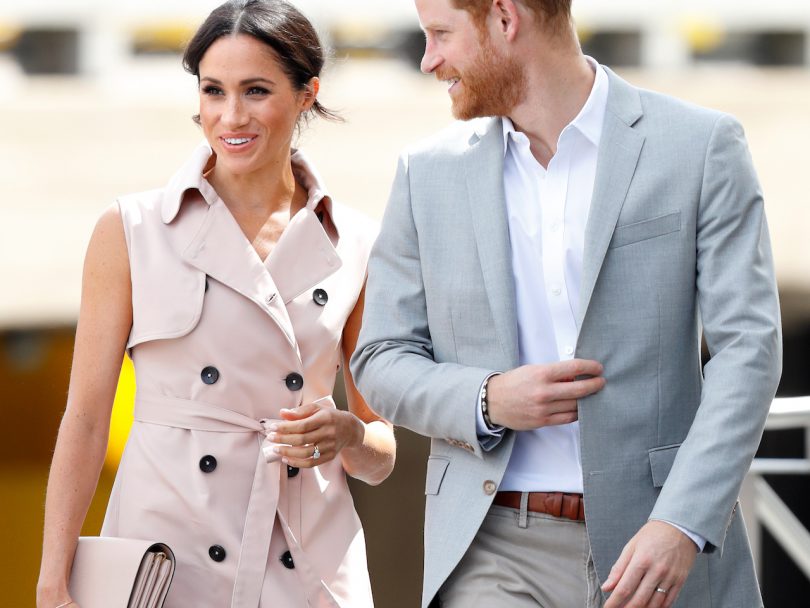 The rumour: Thomas Markle hung up on Prince Harry

Where you heard it: The Daily Mail
The report: Last weekend, Meghan’s dad was indulging in his favourite hobby — spilling beans to the British media. The fact that this guy continues to talk to the press is pretty shocking at this point. Especially because the royals have almost certainly tried to broker peace from behind the scenes. In his latest interview with The Daily Mail, T-Mark reveals one secret phone call that he received from Harry following the whole faked paparazzi photos scandal back before the royal wedding. Reportedly, the prince was in no mood for niceties as he lectured his future father-in-law on why he should have never spoken to the media (on a previous phone call, Harry had apparently warned him to avoid the press at all costs). Markle Sr. says he was at the hospital recovering from his heart attack when this second “rude” call came in and replied: “Maybe it would be better for you guys if I was dead, then you could pretend to be sad… And then I hung up.”
The smell test: It makes sense Prince Harry may have been more than a little miffed at his then future father-in-law for ignoring his advice. As to the alleged “hang up,” it smells pretty legit given the heated conversation. In the same interview, Markle Sr. admits that he has since reconsidered his rage and realized that the prince’s advice was sound. Then again, he shared this revelation during an interview with the media, so …

The rumour: Meghan’s dad is starting a clothing line

Where you heard it: Page Six
The report: Yet another rumour sprung forth from the mouth of the Markle family’s wicked step-sis Samantha. With absolutely zero context or explanation, Thomas Markle’s elder daughter Tweeted: “So excited for my father’s new #clothing line for men! Will keep you posted!”
The smell test: The possibility that a 74-year-old man most readily associated with jeans and t-shirts would start his own fashion line sounds more preposterous than the Queen in tube top. And yet, it is possible that the Markle name would be enough to turn dad into the next Ralph Lauren. Er, okay, maybe more like J.C. Penney. Point is, sister Sam may very well be Tweeting nonsense in an attempt to remain in the spotlight, but it’s also possible that TM branded hoodies and shower sandals could be coming soon to a department store near you.

The rumour: Meghan’s ex-husband is still furious (and may dish the dirt)

Subscribe To Our Newsletters — And Get All Our Royal Coverage Straight To Your Inbox
Where you heard it: The Sun
The report: This story comes from an interview with Markle’s estranged half-sister Samantha who tells the Sun that Trevor Engelson (Meghan’s first husband, who has thus far refused to make any comments to the press about his famous ex) may not be silent forever. At one point last year it was revealed that the film producer was pitching a TV series about a guy whose ex-wife marries a prince (sound familiar?). Per Samantha, the project has necessarily disappeared. Instead, she says, he may have decided to “lay low” given that “half of Hollywood” was invited to the royal wedding. Of the initial split with Meghan — which happened back in 2013, well before Harry was on the scene — Samantha says Engelson was “devastated.” “[H]e felt like a piece of gum at the bottom of [her] shoe.” 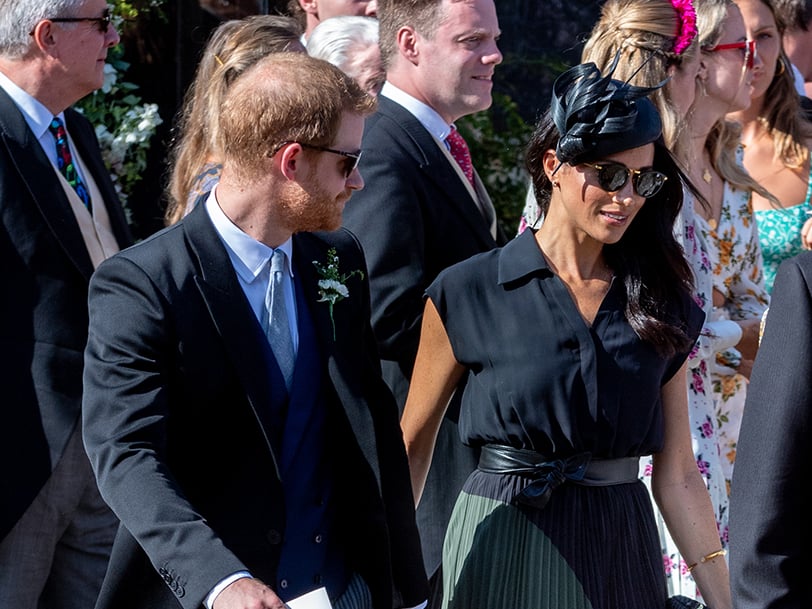 Meghan Markle Attends Society Wedding In Club Monaco Dress — And Gold-Plated Sunglasses
The smell test: If that line about gum on the shoe sounds familiar, that’s because it came from a friend who was quoted in Andrew Morton’s Meghan Markle biography that came out earlier this year. Meaning there is nothing in the Sun’s story that confirms that Meghan’s sister has had any contact with Engelson. In other words, the source in question (who shares a dad with the duchess) is talking out of her arse. Certainly runs in the family.

The rumour: Oprah is trying to make peace between Meghan and her dad

Where you heard it: Women’s Day via Gossip Cop
The report: Oprah’s friendship with the royal couple became a matter of public record when the TV titan arrived at St. George’s Chapel back in May. And now it appears her gift to the couple is coming in the form of peace-brokering services. At least that’s the buzz, according to Women’s Day’s unnamed source, who says: “Oprah has closely followed all the drama and just feels so sorry for Meghan… That’s why she decided to call her dad and try to talk some sense into him.” Apparently, the initial conversation between Markle Sr. and Winfrey went extremely well (they “hit it off,” claims the source), and now the latter is suggesting a father/daughter “peace summit” to be held at her Santa Barbara mansion.
The smell test: If Thomas Markle had been contacted by Oprah, we’re pretty sure it’s information he would be incapable of keeping to himself.