How Bilal Baig Is Making Canadian TV History In Sort Of 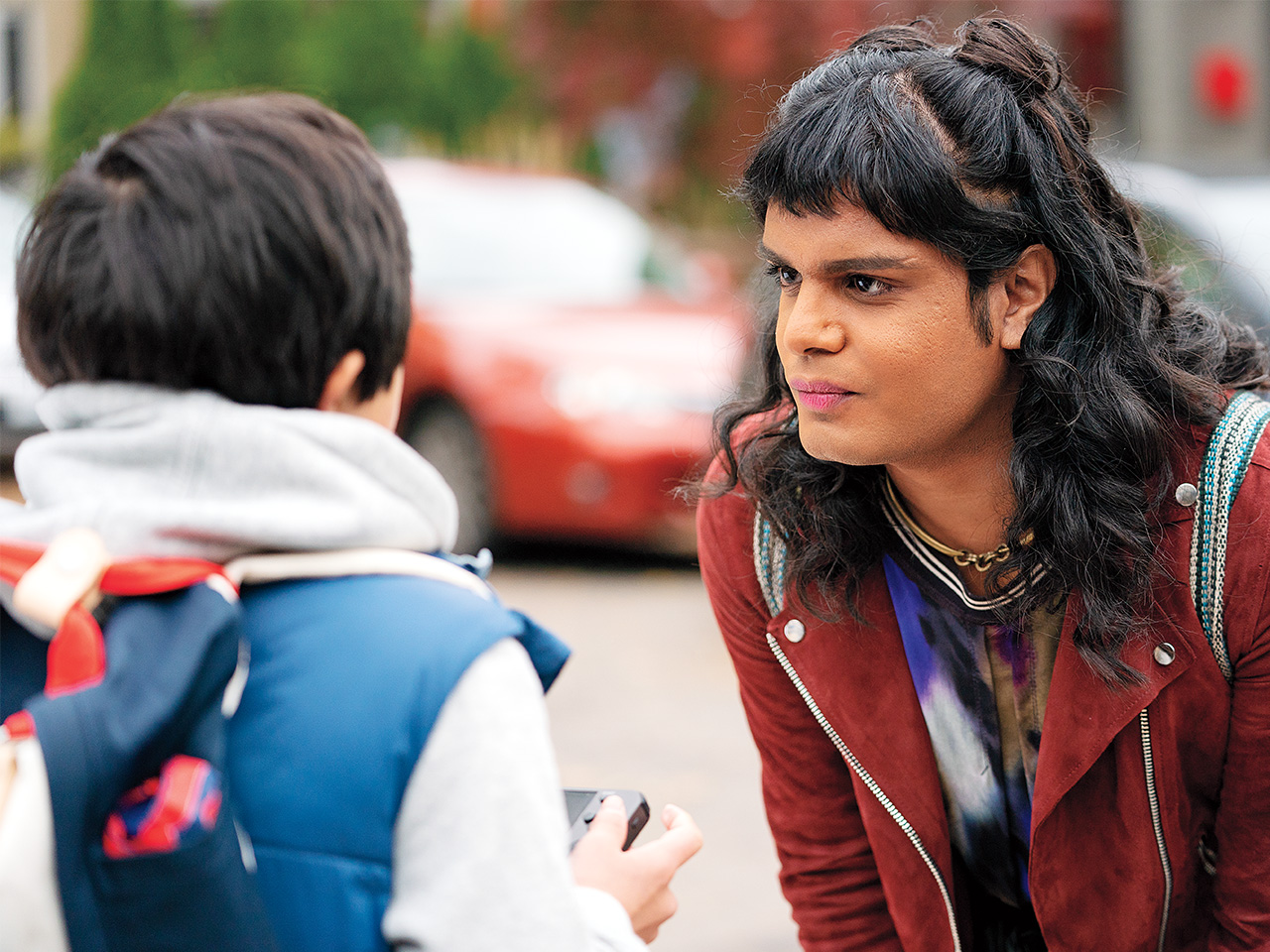 I recently heard you say that you hate acting and were unsure of acting on Sort Of. What don’t you like about it, and what led you to being the star of the show?

My relationship to acting is so complicated because I struggle with being looked at, or watched, but I love building characters and embodying them. I suppose I wanted to run away from acting—especially being the lead of a TV show—because it was nerve-wracking to occupy that much space, that much spotlight. But the cultural impact of having someone like myself…be the centre of a television experience ultimately felt like something I wanted to be in service of.

Marginalized artists are often confused for being the characters we write. How did you deliberately push against any reading of you and Sabi being one and the same?

At some point in the writers’ room, we discovered that Sabi went to electrician school a few years before we meet them at the start of the season. And that was my way into understanding this character in deep psychological ways that feel very different than how I understand myself. The trauma of navigating a male-dominated learning environment as a person who’s feeling their gender in new ways, that still lives in Sabi’s body. Being in service, to everyone, their whole life, how does that affect someone’s body and voice? We’re also at different points in our gender journeys. There is enough difference in our life events that propels Sabi and myself away from each other, which made them so much juicier to play.

I admire Sabi’s style, especially the casually glamorous denim jacket they wear on the pilot. How much of a role did you play in Sabi’s styling, and did you have any specific goals or desires?

It was a really collaborative effort to nail Sabi’s look. It was important to me that we are watching someone who is figuring themself out in every way—including in how they dress and accessorize.The bangles-on-bangles-on- bangles mean everything to me because they represent the femininity that Sabi learned from their mom; the excess amount of them tells me they’re screaming to the world to be read as feminine. But then there are jackets and coats layered on top so they can hide if they need to. At the queer bar, Sabi can express their bolder, riskier fashion choices. And we have a few pieces sprinkled throughout the season that embrace their South Asianness, which was incredibly important to me. I didn’t want to reinforce an idea that all young brown people with immigrant parents are ashamed of their culture.

One of the central issues tied to transness is visibility—the lack of it, the need for more of it, etc. I loved how you flipped this on its head by having Sabi’s cisgender boyfriend claim that he doesn’t feel seen. From the children Sabi babysits to Sabi’s mom, many of the other characters desire Sabi to see and validate them. Can you speak more to this choice?

The notion of seeing others and being seen is something that is played with through the entire season—really seeing someone for who they are, versus who you wish they were or who you want them to become. There’s labour in really, truly seeing someone, but often it goes unacknowledged. And if you spend all your time seeing other people, when are you making time to let people see you?

What are your biggest hopes for the show?

If this show can unlock or pave the way for more nuanced conversations around how all people are constantly changing, and how that’s the most normal thing ever, I’d feel really great about that. I really hope audiences love the world of this show, and feel good and full watching it. I really hope people can see themselves in the characters, and also feel seen by the characters, too.

This interview has been condensed and edited. Sort Of is now playing on CBC Gem and premiers November 9 on CBC.