From the opening scenes of the new TV series Anne, it’s clear we aren’t in Lucy Maud Montgomery’s Green Gables anymore. The credits have all the whimsy of Anne’s active imagination and a Tragically Hip theme song acknowledges that Anne of Green Gables was, indeed, ahead by a century in more ways than one. But this seven-episode series, premiering with a two-hour special on CBC this Sunday night (with a Netflix release to follow later this spring), has clearly been updated for the binge-watching generation. For starters, it’s grittier than the puffed-sleeve-filled original — and that’s exactly what executive producer Moira Walley-Beckett, who won three Emmys for her work on Breaking Bad, had in mind. Life, after all, was far from easy in 1890s Prince Edward Island, especially if you were a scrawny, red-headed orphan who talks too much. The beloved character is brought to life in this series by the 15-year-old Irish-Canadian Amybeth McNulty, who, in person, has so much spunk she and Anne Shirley might as well be kindred spirits. Chatelaine caught up with the young actress on the Toronto set of Anne — in her parlour, to be precise — to talk about everything from turn-of-the-century sexism to slate smashing and kissing Gilbert Blythe. 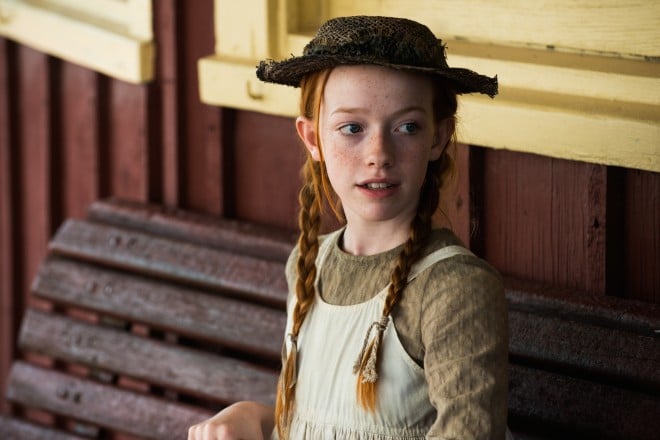 You first read Anne of Green Gables when you were nine. Are you a Gables Geek?
*Laughs* Is that what they’re called?

I made it up.
Oh, I love that. I’m quite a book nerd, so it was just another book in passing. I haven’t seen any of the movies, haven’t seen the TV series, so no. But now I’m definitely a Gables Geek.

What drew you into the story? What made you connect with Anne?
She’s such a survivor. She’s so amazing because she’s gone through so much in her life — the bullying, the prejudice, the sexism, everything — and she still has such an incredible spirit. I love that about her so much.

You beat out nearly 1,800 other possible Annes for this role — tell me about the moment you got the part.
I was in Ireland, in my little country bumpkin home when the phone rang. We had been waiting for about two weeks to hear if there’d been anything. I knew at this point I was in the final two. I thought the last audition went terribly, and was sure I didn’t get it. Then the phone rang and my Nan left the room to answer. She came back in after and looked really sad. Then she goes “So they want you…” And I just started sobbing and screaming and running around, and I was on my phone with my friends going “Guys! I got the part!” And my best friend Mary started crying too.

You took a snap on Snapchat afterwards, and you were blonde. You are not a natural redhead like Anne!
The secret’s out! I’m not. I wish I was.

Were you scared or stoked to dye your hair red?
Both. I was petrified because I’d never done anything to my hair — never cut it, never dyed it, nothing. I sat in the chair while he was doing it and I was so scared. I was thinking “What if I hate it? What kind of orange are they giving me? Is it actually carrot orange?” It turned into a beautiful red – so pretty. And my friends were like “It suits you better than your blonde hair.” 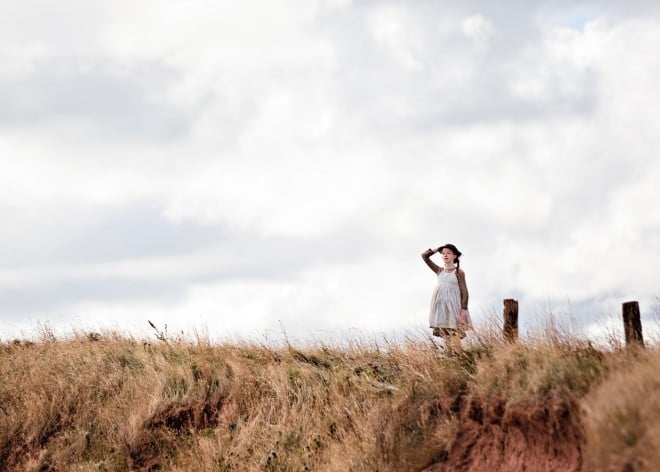 Anne of Green Gables is a Canadian classic. And people don’t like their classics being messed with. What’s the biggest difference between this version of Anne and others?

It is very honest, sometimes brutally so. It does go into Anne’s past life. It gives a lot of the characters their backstory, which they may not have had before. I think it makes you appreciate them a lot more.

I read that this version grittier — it’s “not doilies and teacups” as the show-runner has put it, because life in the 1800s wasn’t. How do you make the issues they contended with back then resonate with audiences today?
Well feminism definitely didn’t exist back then, for instance, though sexism definitely did. There’s sexism, sexuality, prejudice, exclusion — it’s stuff that we as a society suffer with to this day as we did in the 1800s, which is extremely heartbreaking. It’s very interesting to see how they would have dealt with those issues. A lot of people would say “Yeah! That’s just the way it is around here, move on.” Whereas Anne definitely perceives it as “Well, I know that’s how it is…but why?” Her question is always why. It’s very interesting that she always asks, she never accepts.

What about Anne’s identity as an outsider — do you identify with that?
Absolutely. I’m very lucky I haven’t gone through a lot of bullying, and I’m also home schooled. When we were shooting the school episodes — the first time that Anne goes to school — I kind of realized “I’ve never gone to school, Anne’s never gone to school, this is a proper first experience for both of us.” In that scene, they very much exclude Anne and they bully her for being a little odd and coming with flowers in her hat. She’s just like “Well, that’s who I am.”

More:
Subscribe to our newsletters
A grown-up guide to acne: all your questions answered
‘Did I miss my chance?’ Ariel Levy on getting pregnant after 35