Want to get ahead? Hone your emotional intelligence

It’s not just alpha women who get the corner office. 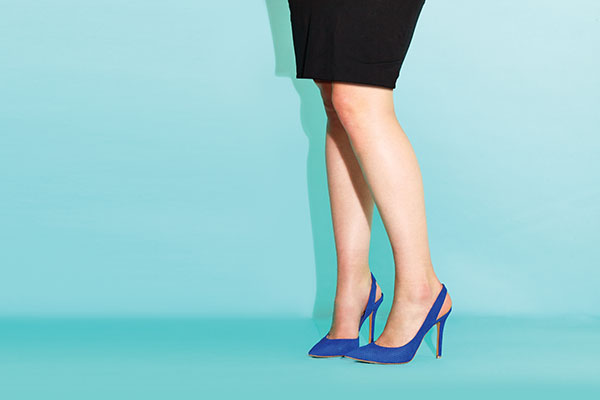 When I say the words boss lady, what sort of woman comes to mind? Is she wearing an all-black power suit? Does she hold court in meetings and at fundraisers? This is the achievement-oriented “alpha female,” and she’s pretty much become the platonic ideal of the modern working woman.

But there’s a less flashy alternative to this powerful alpha — let’s call her the “beta.” They’re the under-the-radar worker bees, the ones who stumble all Bambi-like through networking interactions. Betas are introverted, intuitive and collaborative, and they’re starting to move to the corner office.

The lionization of the alpha-female worker is an understandable reaction to the claustrophobia of living too long under a thick glass ceiling. But this can feel alienating for those whose working style skews toward “lean back” more than Lean In. As New York writer Ann Friedman put it, “It’s rare to look at someone whose chief qualities are measured thoughtfulness and open emotionality and declare her a total badass. There’s pressure to prove that you’re just as capable as men are, which can turn into pressure to . . . downplay the tendencies you have that are traditionally considered ‘feminine.’”

But it’s emotional intelligence (EI) — not rigid IQ — that’s found in roughly 90 percent of top-performing employees. Whereas “soft skills” like playing well with others may have read as weakness in boardrooms past, corporate dynamics are shifting. Alison Konrad, a professor of organizational behaviour at the Richard Ivey School of Business in London, Ont., says, “It’s becoming clear that our economy rests on the basis of relationships.” As workplaces put more emphasis on group projects and less on middle management, “someone who is a facilitator of good team process is much more necessary now.”

Fortunately for betas, the hallmarks of EI are a laundry list of their strengths: regulating one’s own emotions and reading others’, steering interactions toward a positive outcome, active listening and an aptitude for mentoring. In fact, studies show that teams with more women than men are smarter and more successful, in part because of our largely superior ability to interpret nonverbal cues. (Workers high in EI tend to earn more, too, so yes, ooey-gooey feelings do translate into cold, hard cash.)

No longer is a beta worker forever relegated to the role of “underling with a heart of gold.” Says Konrad, “Rather than just going into a beta box and becoming a counsellor or teacher, I’d caution them against imposing limits on their leadership.”

Sure, betas may have different career trajectories than today’s army of Work Beyoncés. But the next time you encounter an impressive woman who refuses to drink the Sheryl Sandberg Kool-Aid, take a page out of the beta playbook and be supportive. She might just be your boss someday.

Related:
Organize your work inbox with these 6 steps
How one woman succeeded by embracing failure
Are you working with an office mean girl?
Want success in life? You need to have this one trait