How to compartmentalize your thoughts to beat stress

Stacy Morrison has finally mastered the art of calm and learned the difference between being stressed and being busy. 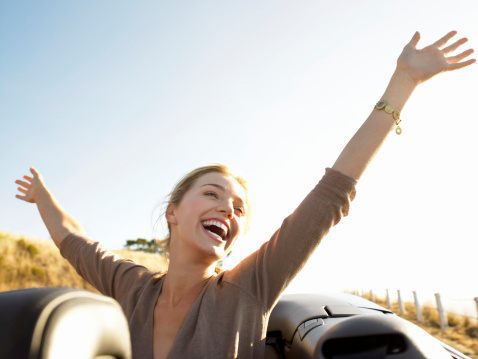 I have pulled off the impossible: I never — or very, very rarely — feel stressed.

It’s not that I’m great at managing my time, it’s just that I’ve discovered how to close doors in my brain. Shut tight. Not to be opened until the appropriate time.

I vigilantly divide up the tasks I need to do and the conflicting responsibilities I have so that they can’t slam into one another. It’s kind of like the way I vigilantly kept my peas away from my mashed potatoes on my plate when I was growing up. I manage to maintain an equilibrium. I focus only on the one thing in front of me, whether it’s the peas or the potatoes.

Technically speaking, this division is called compartmentalization, as if you were sorting out and prioritizing all your conflicting demands and putting each in its own little cubby, telling it to stay in place until you can call on it.

Easier said than done sometimes, I know. But if you can master the three ideas described here, you will retrain your mind to calmly zero in on the thing that matters most right now — even in the most stressful situations. You’ll soon find you can just pick up your fork and push all your peas into a neat little pile, so you can focus your attention on your potatoes before the butter melts.

In our culture, stress has status. But you can be smarter than the madding crowd and refuse to join the comparathons. You know the drill: status updates with long lists of to-dos, the chit-chat as you get coffee about how much is on your plate and what must be finished by the end of the day. Instead of joining in and tallying up your own list of tasks, just listen and smile. This is one contest it won’t help you to win.

In our crazily connected world, where our attention is divided into ever smaller bits, it’s easy to be pulled mentally in a dozen different directions. I learned the gift of singular focus when I was doing regular TV segments. Being on television is intense — it’s live, you’re thinking fast on your feet, there’s no rewind. I discovered that I could not do one single additional thing other than focus on the conversation I was having live, on-camera. Everything else faded to the background, and I just got in the zone. I decided I wanted to have that feeling everywhere in my life, and so I started applying that same focus and sense of being locked in to everything else I do. Playing with my son? No cellphone, no wandering around in my head thinking about what I didn’t finish at work. Just me and him and his concerns. Everything else can wait. It turns out it does.

I apply the same focus to work — which is a little ironic since a lot of my day is spent flitting about the internet in various social media conversations, looking for the latest news, discovering new voices. But when it’s time to write a memo, I shut down anything that will bleep or bloop and pour myself into the task at hand. Everything else fades to black.

There are two benefits to mastering this skill: You can actually complete more things in less time if you’re not multi-tasking, and you’re rewarded with the certainty that you’re doing the best you can, all the time.

Of course, it takes practice to get those doors in your mind to stay closed. And after more than a decade of using that Jedi mind trick, I can still get distracted by things that pop up on my radar even when I’m concentrating most deeply. But instead of letting my mind grab onto and play with — or, ahem, distract itself with — the latest shiny thought, I instead think of a windshield wiper and brush it from my mind. Then, and most importantly, I jot it down on a piece of paper. It’s true that I have written down “call car repair shop for estimate” more than once. Maybe more than three times. But instead of feeling stressed about it, I think, “Hmm, I need to make that call first thing in the morning tomorrow before I forget during the day again,” and I put that notation in my calendar.