Comedian Sabrina Jalees on whether she can pay the bills

The Toronto-bred funny girl can dish out a one-liner that will leave you simultaneously shocked and in stitches. Here’s her take on race, sexuality and making people laugh. 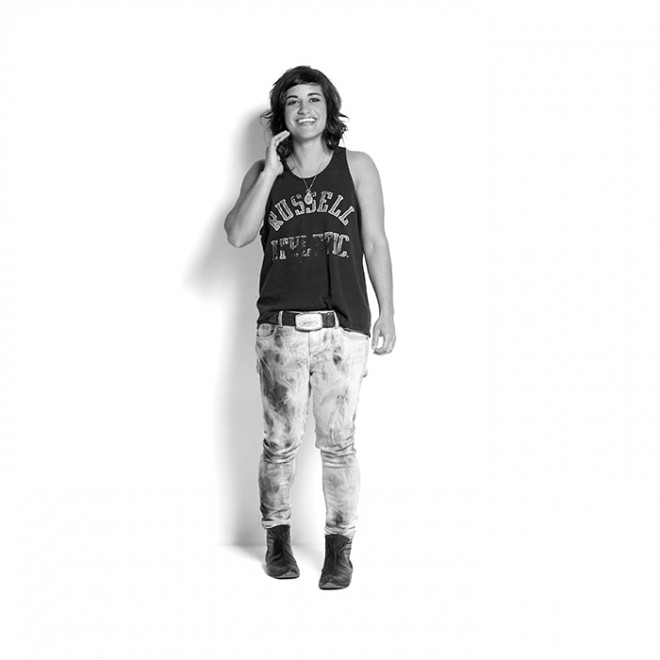 What attracted you to comedy?
I always wanted attention. If I could make my whole class laugh with one comment, it was a good day.

What was your first gig?
I started going to comedy clubs when I was 15, and one night I was handed a flyer for amateur night at Yuk Yuk’s [a Toronto club]. Bombing at assembly in front of the cool girls at school would be horrifying, but this was just a bunch of drunk investment bankers on a Monday night. The stakes were low.

Do you remember what jokes you told?
A lot of what I did back then was a reaction to the post-9/11 time, when brown people were terrorists and Pakistan was the breeding ground for Osama bin Laden. (I’m half Pakistani and half Swiss.) I was embarrassed about my race, and I had to do something with that discomfort. Joking about it made this embarrassing thing an empowering thing.

When did you realize this would be your career?
The very first time I did it. It’s like a drug. I remember coming home and going straight to my parents’ room and jumping on their bed, being like, “I found this thing!” I mean, what a horrifying thing to tell your parents. It was almost like the time I came out of the closet. They were like, “Are you sure? Maybe it’s just a phase!”

How did coming out affect your work?
It was excruciatingly difficult to come out. All I saw was this mountain of things I would lose: corporate bookings, TV shows. But I realized the strongest part of my act comes from things I’ve struggled with. So I did it, and good opportunities followed.

Does comedy really pay the bills?
Yes! But you have to see comedy as a broader thing. As a comic, you’re a writer, you’re a performer, you’re a thinker. So I’ve written for TV shows, I host a radio show, I just did a talk on gender and sexuality for the Ontario Teachers’ Federation.

What makes you laugh?
My parents trying to figure out how to use Skype on their tablet.