Diana Juricevic on her life as an international criminal defence lawyer

Career advice: This small-town Canadian girl left her Bay Street job to work as a lawyer for war-crimes tribunals 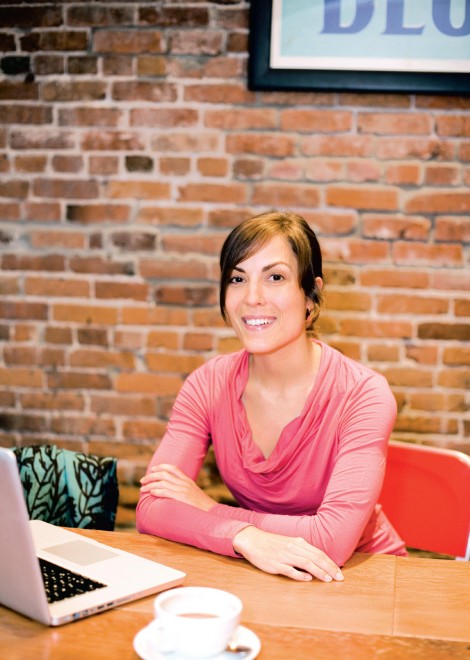 Where did you grow up?
I was raised in rural Ontario, the daughter of Croatian immigrants. I know how to pick up a shovel and an axe, and spent many afternoons wandering the woods. Classmates went moose hunting. It was great.

What do you love about your job?
I love the idea of seeking the truth. No one wants a guilty person to be walking. But no one wants an innocent person locked up, either. I feel like an investigator. The job engages my curiosity and my humanity.

What do you wish you could change about your job?
The hours are relentless. These international trials for accused war criminals can really consume you. It’s not a coincidence that almost everyone who does this kind of work is either a man with a stay-at-home wife or a single or divorced woman. You are literally married to the job. I have drafted motions on New Year’s Eve, and spent Thanksgiving dinner with the phone pressed to my ear.

Where did you begin your career?
I started off as a lawyer on Bay Street. The language was power and money. While I spent my savings volunteering in Zambia, a beautiful woman I worked with, who was around my age, spent hers on plastic surgery. The danger of Bay Street is what’s known as the “golden handcuffs.” You become imprisoned by a lifestyle that can only be supported on a private-sector salary. I knew I wasn’t for that world.

What led you to international law?
Growing up, I used to read National Geographic. It was like a window on the world. It was the 1990s, and there were all these conflicts going on in the former Yugoslavia, in Somalia and in Rwanda. I felt so distant from these conflicts, and yet so engaged. It could have been me caught up in the war in Yugoslavia if my parents hadn’t moved to Canada. When I became a lawyer, it dawned on me that through international human-rights work, I could actually contribute to the process of peace.

How did you end up working in such a high-profile arena as The Hague?
After leaving Bay Street, I looked for jobs on the United Nations website and found a posting for the International Criminal Tribunal for the former Yugoslavia in The Hague. I thought, “I can reconnect with those wars I remember feeling passionately about in my youth.” Through mutual friends, I met a woman named Lada Soljan, an American prosecutor working at The Hague. I called her up and she put my resumé on the desk of her boss, a senior trial attorney, and I got an interview. I really wanted to work for the prosecution. It’s the glamorous side, of course. I was put on a roster, but they had already filled their quota for Canadian lawyers. In the meantime, I was offered a position as a defence lawyer.

Was that a moral dilemma?
It was. I didn’t want to be defending an accused Croatian war criminal. Also, since my background’s Croatian, I was worried some people might think I was an ethnic nationalist. Yet the underlying principle of law is that if you can do prosecution work, you can do defence work. Everyone is entitled to a fair trial and to representation, including accused war criminals. If you’re a doctor, and a shooter and his victim come into the emergency department and both are injured, you don’t just treat the victim. So I decided to take the defence job.

What’s it like explaining what you do?
Defending a war criminal is an unpopular job. People make assumptions, most notably that you are morally deficient. What they don’t understand is that defence lawyers are the human-rights activists of the legal profession. Accused war criminals are often convicted in the court of public opinion before a trial even begins.

Describe your typical day.
Preparing for trial work is very demanding. I would get up at 6:30 a.m., go running, be at work by 8:30, go to court from 9 a.m. until 2 p.m., and then work till 10 p.m. to be ready for the following day. I was one of four lawyers defending General Ante Gotovina, a former lieutenant general in the Croatian army accused of war crimes resulting from Operation Storm in 1995. We had to go through over 7,000 documents and 300 potential witnesses. I prepared cross-examinations for people, including the U.S. ambassador to Croatia. They accused Gotovina of two murders, even though the alleged victims were alive! There was no autopsy, no proper investigation. The prosecution’s investigation lasted 13 years, and so many people changed jobs and there was so much evidence that there were bound to be errors. I think Gotovina will be acquitted.

What was it like getting to know General Gotovina?
It was humbling to see him in the courtroom. He speaks five languages, paints and reads French philosophy. He is also a soldier, and soldiers are trained to kill.

Who are your mentors?
My father is one. He inspired me at a very early age to be kind and principled, which probably led to my interest in human rights. He is also a feminist. I recall one discussion about whether or not I should shave my legs. My father objected, saying I should be accepted for who I am. I, of course, felt embarrassed because I had more hair on my legs than the boys! In the end, I shaved my legs. I guess I inherited his independent spirit, as well as his strong moral compass.

How do you unwind?
Bikram yoga, painting, running.

If you weren’t a lawyer, you’d be ________.
An artist. I am sensitive. I soak in life’s experiences, and I can express some of this on canvas. I painted portraits of missing women from Vancouver’s downtown which were recently exhibited in Toronto. I carry these women with me, and they empower me to keep fighting.

What personality traits do you need for your job?
Hard work, hard work, hard work. You must be meticulous. The work is both intellectually demanding and creative. You have to be open and adaptable. But, really, anyone could do this. That’s what I told the law students I taught at the University of Toronto last year. It’s funny because I don’t enjoy conflict, so I am going against my character.

Where do you see yourself in 10 years?
Building a little nest somewhere in Canada, where I’d have all my books in one place, a little garden and a spot to paint. Doing human-rights work.

How do you balance your career with your personal life?
I’m trying, the way every other professional woman does. I am dating someone I met in The Hague. He is a PhD candidate who is based in Vancouver and does his research on elephants in Africa with National Geographic! It’s unconventional, and yet we are both very flexible and passionate about what we do. We have managed to spend a lot of time together. There’s a direct flight from Phnom Penh to Nairobi!

What advice would you give?
Embrace those serendipitous moments. Be willing to take risks. Don’t have regrets. When I left my Bay Street job, people thought I was crazy. But it was the best decision I ever made.