How Much Should You *Really* Spend On Coffee?

If trouble’s brewing for your finances, here’s how to rethink that morning cup. 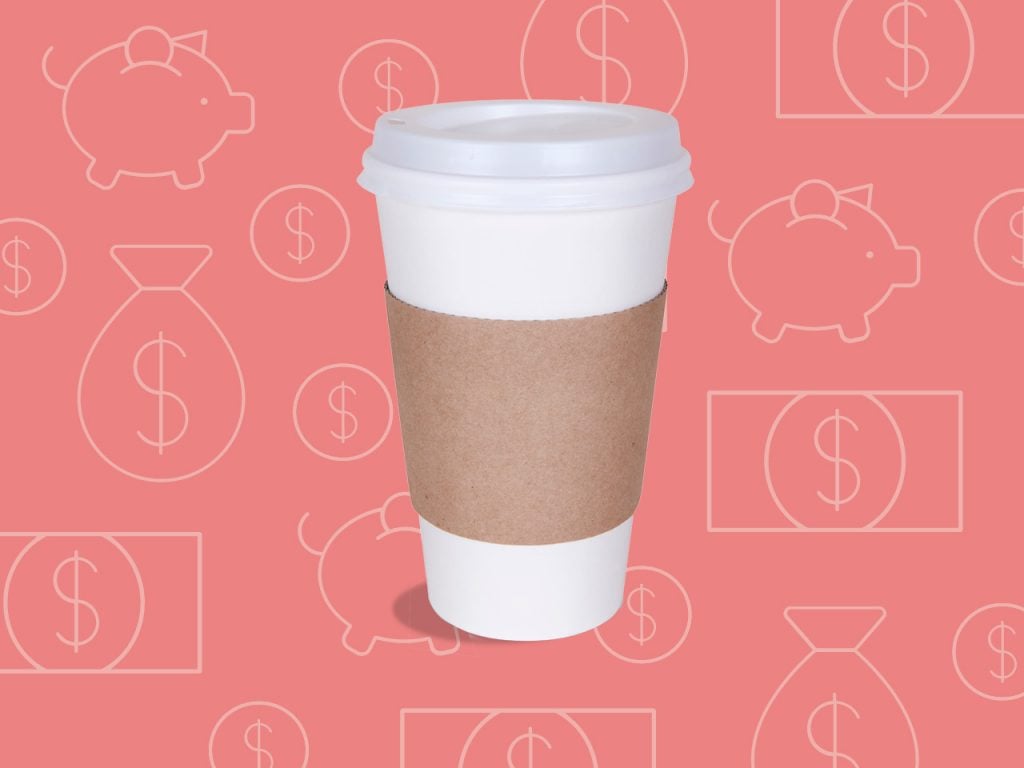 A few weekends ago I was hanging out in the kitchen, enjoying a morning coffee with my husband, when he suddenly yelped.

“Ah, man! I think we missed the sale,” Dave said, turning to the calendar on the fridge. Sure enough, we had. One of the local grocery stores had been advertising big tins of coarsely ground coffee beans, perfect for a French press, for a mere $7.99 — almost half of the $16.99 regular price — and we had previously vowed to grab a few.

Saving cash on coffee? I’ll admit, this is new for me. But while in the midst of a pricey home renovation this year, we knew we had to find ways to cut the fat to pay the bills. Those $3.09 Americanos at the local coffee shop? They had to go. Expensive locally roasted Ethiopian beans for home? Those too.

We drew the line at actually giving up coffee altogether, and I’m pretty sure most Canadians would make the same decision. After all, we are a nation of daily coffee drinkers. According to the Coffee Association of Canada’s 2017 coffee drinking study, when Canadians aged 18–79 were asked if they’d had coffee the day before, 71 percent said yes — making it the most popular beverage in the country. (Only 67 percent of respondents said they’d had a glass of tap water the day before!)

Coffee is a $6.2 billion industry in Canada, and for some java drinkers, it’s doing serious damage to their wallets long-term. So much so, that some financial experts have given it a name: the “latté factor.”

“A Starbucks freak’n latté is, like, $4,” says Liisa Tatem, a money coach in Toronto, who helps clients learn how to tackle their finances. “You know, if you get one of those a day, it really adds up.”

No kidding. Tatem points to one client who used to spend $250 a month at Tim Hortons.

What’s more, that coffee money isn’t being invested and reaping the rewards of compounding interest either. But just imagine if it was. If you invested that $250 each month and the money earned an annualized interest rate of 5 percent, you would have a little more than $208,000 in 30 years. Gulp.

Now, no one is saying anyone’s got to give up their caffeine habit, but there are certainly ways to lessen the financial jolt. So how much exactly should you spend on coffee per day, week or year?

“It depends,” admits Tatem, who rhymes off a couple of considerations: What’s your income in the first place? Can you pay your monthly bills? Are you already saving money for your kids’ education and retirement? If you’re meeting all your financial goals and the coffee money isn’t eating into your cash flow or savings, knock yourself out. 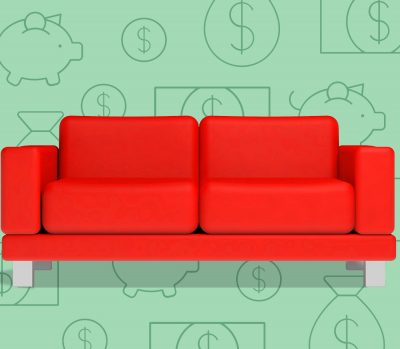 How Much Should You Really Spend On A Sofa?

Even so, there are three great ways to save on coffee no matter what your finances look like right now.

Save money by brewing your coffee at home

That’s right. Walk right by those fancy coffee shops and pick up beans to brew at home. In February 2018, the average retail price for roasted coffee in Canada was $6.52 for 300 grams (about 20 tablespoons), according to Statistics Canada. Depending on how strong you like your coffee, that makes 10–20 cups. You read that right. Twenty cups of coffee for a little over six bucks! Considering the average cost of a cup of coffee shop brew is anywhere from $4.22 in Calgary to $2.67 in Montreal, that’s some significant savings.

If you must buy coffee on the run (hey, it happens), buy from the less expensive places. Even fast food joints now serve bold espresso-based drinks for a fraction of the cost of the pricier joints.

That’s right. One of the best ways to stay within your coffee budget is to actually, well, make a budget in the first place, says Tatem. So decide how much you can afford to spend on take-out coffee each week and keep that cash handy. Once you run out, you’re back to brewing at home. But if you do fall off the wagon a few times in the beginning, don’t beat yourself up.

“It takes a long time for people to build up these spending habits so it can take a long time to shift them,” she says. “Be patient with yourself.”