The literary superstar also talks about her biggest break, her kinship with Lena Dunham and writing life as she sees it. 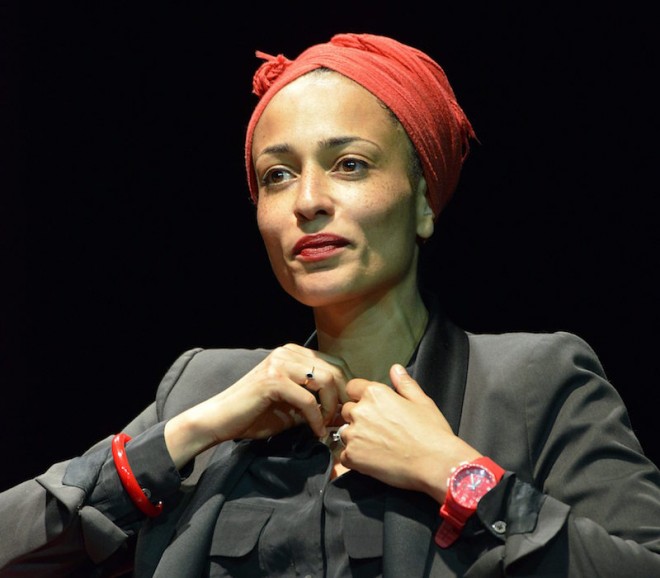 Zadie Smith, the award-winning British novelist, essayist and frequent New Yorker contributor, found literary fame at just 24 years old with the success of White Teeth, a sprawling, boisterous snapshot of multicultural London in the early oughts. She now teaches creative writing at New York University and recently released her fifth novel, Swing Time. The book follows an unnamed narrator who grows up in working class northwest London with her Jamaican mother and British father. She immerses herself in dance but doesn’t make it as a dancer. Instead, she enters the bizarre world of celebrity by becoming a personal assistant to an Aussie pop diva. As always, Smith brings her observational style to heavy themes, like the confines of class, race and belonging, and toxic friendship. Chatelaine spoke with her about raising girls, being thoughtful in the era of hot takes and her greatest achievement.

Your new book focuses on two girls growing up in London in the 1980s, when you came of age. You have a daughter now. What’s harder and what’s easier about raising girls now?

I do notice a kind of rigidity about gender now. Little girls I know don’t touch something if it’s pink, they want to know first if it’s meant for them or meant for boys. Kids now just seem to be aware of their gender incredibly early, with lots of depressing side effects, like “I don’t want to play that game because it’s not a girl’s game,” or “I don’t want that toy because it’s not a girl’s toy.” 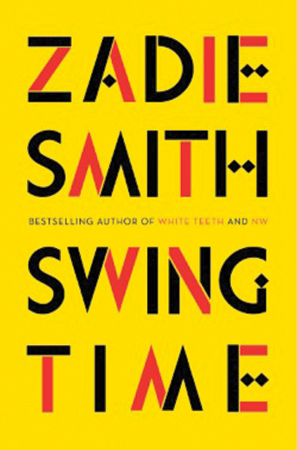 In a recent Vanity Fair piece, you said your greatest accomplishment was getting into Cambridge, but you published your first novel at just 24 years old. I thought that would be your biggest coup.

Going to university was the least likely thing to happen to me, and it was the hardest thing. Everything followed once I got into university: I could learn to write, learn to read, meet publishers. That’s all gravy afterwards. The gap is trying to get to a place where any of this stuff could possibly happen. I worked so hard to get into university, it almost killed me. I still consider it the greatest break I had. Now, I teach at NYU so I’m completely aware of kids who think of going to university as natural as getting up in the morning. From the moment they were born they were going to go, and once they are there, they almost have contempt for the process. They make no effort, they do nothing because it doesn’t matter that much. But that’s a completely different kind of life.

I used to kick against that slightly sentimental idea of literature, because I thought it was a kind of ghettoization — that we’re only going to write books as role models for other readers. But, as I’ve grown older, I’ve recognized how important it was to me and how it continues to be important. I’ve just read Homegoing by a girl [Yaa Gyasi] who is almost half my age, and my first thought was exactly as you say, “I wish I had this book when I was 15. I wish somebody had written a novel about slavery and what followed in a way that I could comprehend and understand.”

Related: Lainey Lui answers all your questions about Prince Harry and Meghan Markle

You’ve portrayed complex characters of many races since the beginning of your career. But, recently, race has become a trendy subject on social media and in the press. Are you concerned that the media is co-opting identity politics for clicks?

Part of the interest in identity politics is that people are hoping to find an ethical position from which they can be superior. I understand. I think of my brothers on the street when they were young; if white women are going to cross the street to avoid you, you end up playing that role because it’s a kind of power. If people are going to be scared of you because of the way you wear your jeans or your hooded top — it’s something, it’s better than nothing.

A lot of the fierce policing people are doing online is about that — about feeling like “I am a black woman and so, at this moment in history, at this moment in America, I have this moral authority and I’m going to use it.” I don’t blame them; I completely see that. But I am not part of that. I am a black woman, but I’m not someone who feels any authority from that position, or from any position. I don’t really believe in the authority of a personal identity. I only believe in action, good and bad. I see people battling each other, knocking each other’s privileges down, but I don’t think much can be gained in the end. I’m much more interested in the questions of structural inequality than “my personal identity is more blameless than yours.” I don’t think you can get very far on that ticket.

What is the biggest challenge of being a literary writer in the digital era when everyone’s rushing to write hot takes?

I think of myself as a slow food movement in prose, if somebody asked me to write 2,000 words on someone who died at 4 o’clock in the afternoon, I just don’t. I might write it three months later if I feel like it. That’s all I do, deciding to take time and care with what I write and seeing how that goes. People aren’t able to read as they used to. I’ve noticed it more and more in the last 10 years. If someone puts an article of mine online, it’s more than possible that 40 percent of people who read the article get exactly the wrong end of the stick. It’s not that I mind, but it’s quite shocking to me.

Prince Harry recently put out a statement about the press’s treatment of his girlfriend, American actress Meghan Markle, whose mother is African American. What does it mean to you, if anything?

When I was  a kid, my mom and me would dream of Prince William having a black girlfriend. I don’t know why. I’m way too old to care, but it did send me back to being a small child, hoping Prince William would have a black girlfriend. So I’m sure there’s some kid somewhere who is happy about it. I only saw a vague headline that the British press had responded very negatively to this brown girl. And he always dated exclusively blondes. It’s a funny thing.

Harry went after the press for the racial undertones of the coverage.

That is really cool that he said it explicitly. I don’t know how much about the royal family, but amongst the young, Harry has always been the one that everybody liked because he’s fun, he likes hip hop and is badly behaved at all times. And somehow he looks posh but also like a boy off the street — a high-low look. So I’m sure it’ll go down well and confirm what people suspected: that he is one of the people.

Your novels resonate with so many people, in part, because you write from experience. You don’t bang readers over the head with a larger message.

There’s that, and there’s also the thing about wanting to be liked, which I think is very strong in the culture. When my friend Lena Dunham made Girls, the first series, my students were so horrified by it. I realized they couldn’t understand why a woman wouldn’t make the best of herself at all times. I feel a lot of kinship with Lena for that reason. The purpose of a novel shouldn’t be to show how clever and witty and funny Zadie Smith is. I think a lot of writers write with that intention. It’s like an elevated portrayal of themselves. I’m not trying to make anybody like me. I’m just trying to write life as I see it.

More:
Leonard Cohen’s third act
How to wear bold prints when you have curves
Depressed about Trump’s victory? Don’t feel hopeless. Do something