‘We Internalize The Misogyny We Experience’: Vivek Shraya On Her Must-Read New Book, I’m Afraid Of Men

The author talks to Chatelaine about the importance of challenging how we talk about gender, and why we ought to name our fears. 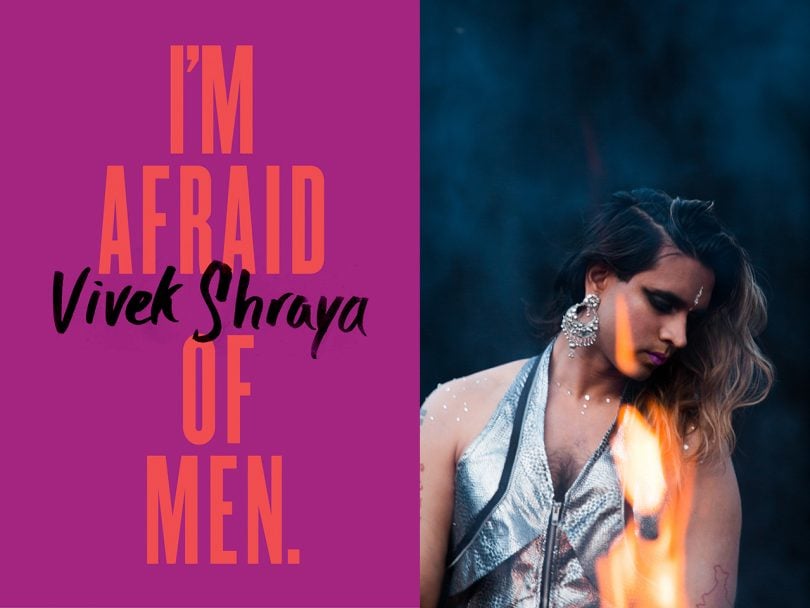 Growing up, multidisciplinary artist Vivek Shraya felt pressured to be more masculine. As a woman, she feels pressure to be more feminine. With these conflicting experiences at its core, Shraya’s sixth book and first work of non-fiction, I’m Afraid of Men, is an essay and manifesto on re-imagining gender for today’s world.

In the book, Shraya — who is also a musician, filmmaker, and an assistant professor of creative writing at the University of Calgary — dives into her past to explore misogyny, homophobia, and transphobia. She writes candidly about everything from childhood torment to falling in love, and confronts head-on how expectations of gender underlined those experiences and made her afraid — and why naming that fear is so important.

We caught up with her to discuss her writing process, challenging ideas around gender, and ally-ship between women.

When did you decide to start writing I’m Afraid Of Men, and what inspired you to when you did?
I wrote a song called “I’m Afraid of Men” back in 2016, when I was working on what would basically become my first solo album in six years, Part Time Woman. I had come out as trans earlier that year, and I guess I was thinking a lot about how so much of my life has been impacted by my fear of men, even before I was trans — realizing that this fear of men was such a theme in my life. The song came out on the album in 2017, and later that year I started having conversations with Penguin about several different projects and that title and idea emerged a little bit more. 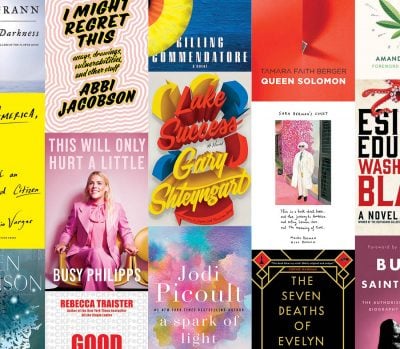 What message are you hoping readers will get out of the book?
I really hope that readers will challenge their own ideas around gender normativity, and I think that’s the sort of central hope — that readers will think more about the expectations they place on themselves and others regarding gender. I also hope readers would find a kind of comfort in the naming of fear. For me, the book and the title is really about creating space for women and gender non-conforming people to really own our fears of men.

I like the idea of creating space for people to be afraid. We don’t talk about that too often.
I think there is such a pressure for us to be brave or strong or courageous in the face of fear. I’m someone who struggles with depression, which is a different but related or adjacent emotion to fear. The thing that I’ve had to learn over and over again is you can’t get anywhere by repressing it. You can’t get anywhere by saying you’re not sad. The only way to move me through depression is to name it — to say, “I am depressed today,” or “I am not feeling good today.” I think fear is the same. I don’t know [if] I will ever not be afraid of men. For me, it feels that much more important to name the fact that I am — my resilience is tied to naming my fear.

You talk about the dichotomy of not being masculine or feminine enough — could you talk a bit more about what you mean by imposed masculinity?
As a very feminine teenager, I’d feel like I was constantly corrected with my behaviour and my appearance by other male teenagers or male adults who corrected me through repeatedly mocking me. I learned to be a man because I learned that there was something about my behaviour and my appearance that was inherently wrong, and the only way to make the boys stop taunting me was to learn to be one of them. That’s what I’m talking about when I refer to imposed masculinity. That wasn’t my choice. I often try to imagine who I might’ve been if I wasn’t called fag or gay every day of my life for six years [from junior high to high school]. I will never know who that person might have been. Instead, I adopted masculinity as a way to survive.

Those were the worst years.
They were the worst years for a lot of kids for a lot of reasons, but one of the things I get really anxious about is the way conversations about homophobia and transphobia get watered down with bullying. I think bullying is an important conversation, but it is important to remember that kids who get made fun of for wearing glasses generally don’t want to kill themselves — I say that as a kid who was made fun of for wearing big glasses. I was made fun of for a lot of things, but the attacks on my gender and sexuality specifically were the ones that made me literally want to die. I tend to like to have the conversations around the ways that sometimes language, like popular language, ends up erasing other words, in a way where, like — diversity has become a way to not say racism anymore.

And that goes back to what you were saying about naming the actual issue.
Totally.

In the book, you talk about how you realized you couldn’t fully rely on other women for ally-ship either. How can women become better allies to each other, especially cisgender women to trans women?
This is something I am really passionate about. I think that we internalize the misogyny we experience and we take it out on each other. This happens in any marginalized group. I’ve experienced it in racialized communities, in queer and trans communities, where we internalize the hate that we have been shown and we take it out on each other. As a starting point, I think that any time women feel a sort of negative feeling towards another woman, it’s worth spending the time to figure out where this is coming from. Is it because we’re being pitted against each other for jobs or for opportunities, or is it legitimately because this other woman has done something terrible to us? I’m not saying that doesn’t happen too.

In terms of trans women, for me, I experience a lot of pressure to perform a hyper femininity, which is troubling given that I experienced this on the other end as well, which I talk about in the book. What I appreciate so much from my women friends is their ability to see me for who I am when I’m not in makeup and in a dress, for them to be able to still use my pronouns, still see me as a girl and not look a certain way — like them, essentially.

What responses have you received from this book, so far?
It’s been really interesting to hear some of the responses from men, who have been like, “This is a really important read, it’s not the kind of book I would typically pick up, but I want to share it with all my men friends.” That to me is so exciting. It’s also been exciting to have trans people read this book and engage and find it meaningful, comforting, and useful.

For me, I think the biggest compliment about the book has been comparisons to [Hannah Gadsby’s] Nanette. It’s on Netflix. First of all, talking about art — that is a piece of art. It’s an incredible piece of art and the comparisons to it are quite astonishing to me, to be honest. I’m like,“Are you sure you’ve read the right book?” But either way, I’ll take it, because Nanette is definitely one of the most compelling and powerful pieces of art that I’ve engaged with in a very long time. In the show, she says, “I am not a man hater, but I am afraid of men.” That’s the sort of thing I’m talking about.