The Giller-nominated novelist behind Do Not Say We Have Nothing on racial tension in Vancouver, family secrets and letting success sink in. 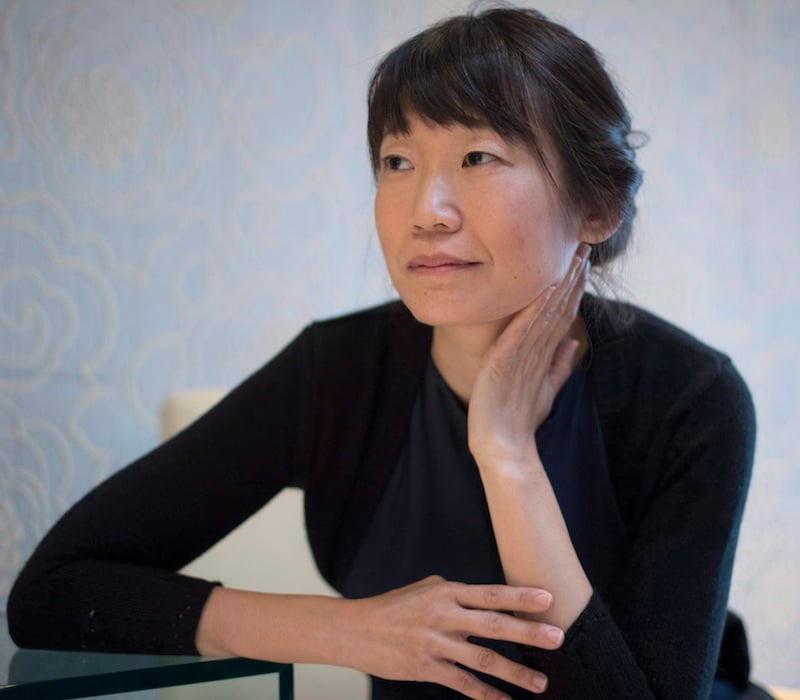 Last summer, Madelein Thien, the Montreal-based writer, released her third novel Do Not Say We Have Nothing, a family saga centred on three generations of musicians who lived through the Cultural Revolution in Mao Zedong’s China, protested in Tiananmen Square in 1989 and settled in modern-day Vancouver. It landed somewhat quietly, like a thoughtful, historical tome in frothy beach read season. But by early fall, it had racked up adoring reviews and noms for every major literary prize, including The Man Booker, the Governor General, which she won, and the Scotiabank Giller Prize, which she’s favoured to win. On the eve of the Giller gala in Toronto (Nov. 7), Chatelaine spoke to Canlit’s newest star about how writing this book influenced her thinking on racial tensions in Vancouver, the impact of family secrets and loving people you can never truly understand. 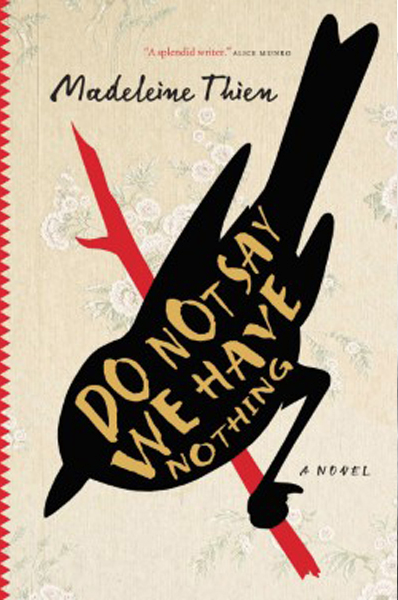 The book starts and finishes in your hometown of Vancouver, where the impact of the Cultural Revolution and Tianemen Square protest is ongoing for some of its characters, but also real people who migrated during that period. Given the tense climate in Vancouver around Chinese migration right now, what do you think this book offers to that conversation?

It wasn’t something I thought of when I started writing. It just felt very true to the Vancouver that I knew, which has been shaped by so many migrations, and one of those is the Chinese migration. I think maybe what the book speaks to is that these migrations and resettlements and all the histories that people bring with them have been continuous and have repeated, and that the political changes in another place always reverberate back to us wherever we are. In this case, it’s Vancouver.

Separate from the book, I would say those migrations are at the heart of Vancouver. They are so inextricable from the identity of Vancouver, it’s so hard to imagine what the city would have been like without Asian migration. It’s a richness — and I don’t mean in the monetary sense [laughs]. It’s a cultural richness.

The story depicts the brutality of the time period in such an effective way, including death, famine and labour camps. But the silence around those events is almost as shocking — no one speaks about them after they happen. This silence seems necessary for survival, but also damaging. Tell me about that.

If the history is hidden or has been silenced, it’s easier to lie about the present. It’s easier to mythologize the past. It’s easier to say the sacrifices of the past were necessary because you don’t have to contend with the damage and consequences of what came before.

And the silence is double-edged. There is the silencing of people like Sparrow [a musical genius in the book], the self-erasure that happens because they can’t speak in the language of the revolution, so they choose not to speak at all. But the double-edged part is that silence also comes as an act of courage— all he had to do was repeat the slogans and perform the ideology, and he might have been able to preserve something of his music and his choices, but he chooses silence as a form of integrity. It’s sort of knowing when to speak and when to be silent and at which point you are being true to your principles.

The story unravels as Marie, who was born and raised in Vancouver, tries to work through her family’s intergenerational trauma. The gaps in her family history may be relatable to many second-generation Canadians. In my family, for instance, nobody talks about Indian partition. How does trauma that’s never spoken about impact future generations?

It’s so interesting with Marie because she doesn’t have to carry it. She’s an extraordinarily gifted mathematician. For her, it’s a way of facing the guilt and the grief she experienced as a child, when her father committed suicide. It’s almost like it’s an act of atonement even though she’s not responsible for any of it. But I think it’s true of all of us who have lost family members or friends in that way — you want to let them know that you would or could have carried some of it for them.

You’ve previously spoken about the family secrets in the book, and whether or not it’s possible to love someone you didn’t really know. Many people who don’t have that level of trauma in their families will still relate to this — for instance, second-generation Canadians who simply can’t understand the conditions in their parents’ home country. Can you love someone whose life you can’t completely understand?

I’ve often thought about it in terms of how much we don’t know our own parents. When they pass away, it becomes a very concrete thing: You think about all the things you never knew about their lives, the things you never asked. But interestingly enough, you wonder how well parents know their child. That’s an amazing thing because you can also see there’s something so unconditional about it — you love what you don’t know, and you love what you can’t control. Maybe that’s the hardest thing that any of us learn.

What’s next for you?

I want to run away somewhere and hide under a blanket. In general, I’m a melancholy person, and I do tend to see the downside in most things. In this case, I just want to be in wonder at everything that’s happened for this book.