Kelly Oxford gets real about anxiety, divorce and assault

The Edmonton-born writer and Twitter powerhouse reveals some raw truths in a must-read new book of essays. 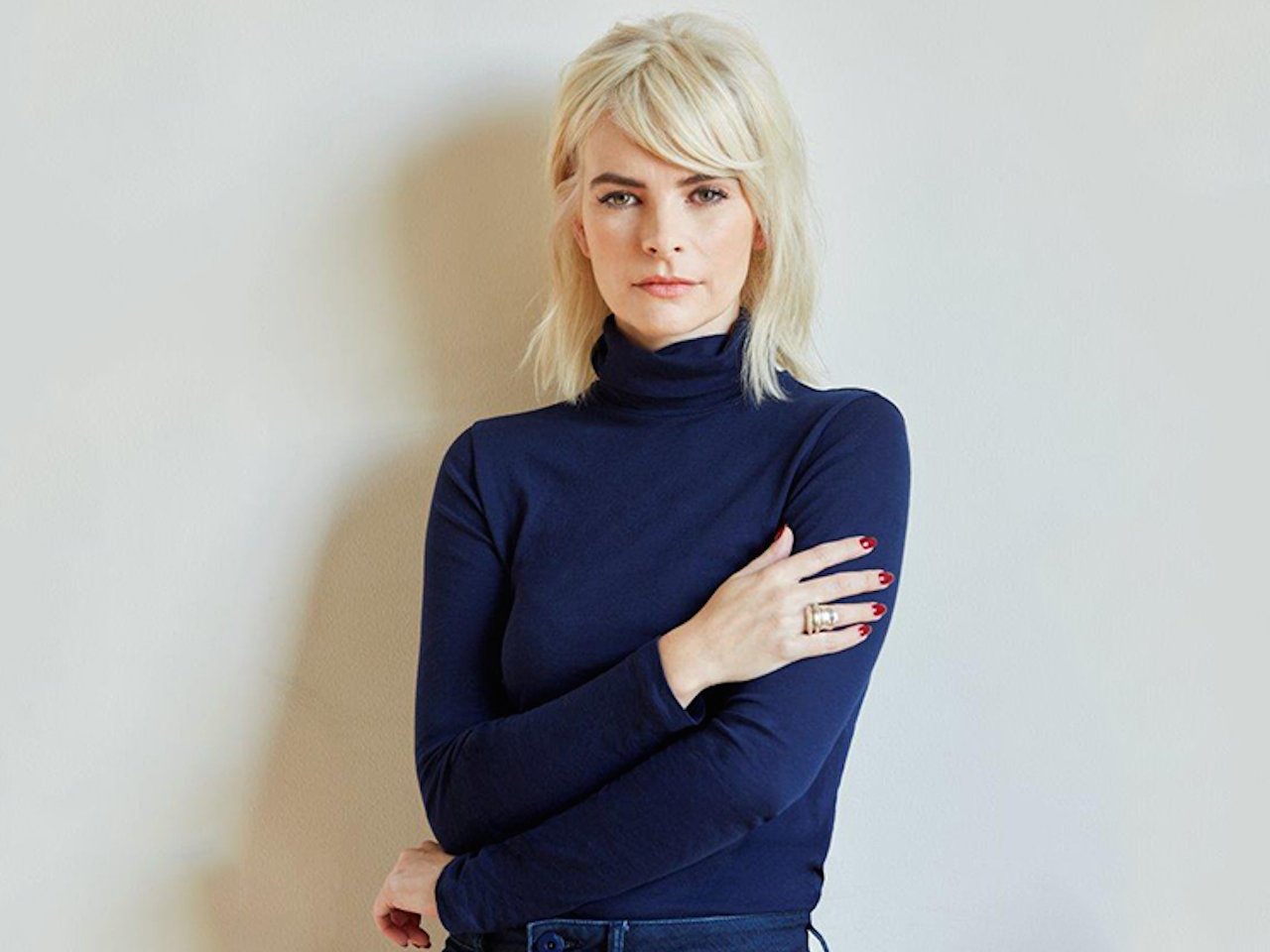 It’s been six months, yet somehow, Donald Trump’s language on that leaked Access Hollywood tape hasn’t lost its capacity to shock. You know — the one where he muses about that time he “moved on” a woman “like a bitch,” then dismisses her and her “big, phony tits.” The one with the pussy grabbing, and the Billy Bush sniggering, and the suggestion that downing a few breath mints before forcing yourself on someone makes you pretty gallant. The one where he refers to a woman as “it.” The one that propelled people across the world—including Edmonton-born, L.A.-based writer Kelly Oxford—into fits of white-hot rage.

For the past eight years, Oxford’s Twitter feed has been a reliable source of entertainment, the place where she tosses off observational one-liners and self-deprecating humour to nearly 800,000 enthusiastic followers. The 39-year-old’s ludicrously photogenic children — Salinger, 15, Henry, 13, and Beatrix, 8, along with their four equally camera-ready dogs and cats — get frequent mentions; so does Oxford’s period. (She started bleeding in an MRI machine a couple months ago, then headed straight to McDonald’s to Snapchat about it.) Her online presence is a finely-tuned mix of the domestic and the outrageous, and it’s served her well.

In 2010, Oxford’s first TV pilot, which borrowed liberally from her own life, was purchased by CBS. It wasn’t picked up, but she’s knocked out several pilots since then, and inked a deal last month with Hulu to write a ’90s teen comedy that James Franco and Seth Rogen will produce. Oxford was the on-set writer for Franco’s latest movie, The Disaster Artist, and just handed Sony Pictures her script for All the Way, about high school girls desperate to lose their virginity. Her first book of personal essays, Everything Is Perfect When You’re a Liar, cracked the Times bestseller list in 2013. Her second, When You Find Out the World Is Against You, is out now.

But as Trump blustered across the campaign trail, the polished, family-sitcom jokes in Oxford’s feed gave way to more biting tweets about reproductive rights and gun control. Then, on October 7, she was working from the bed of her rented L.A. home, while CNN played on mute in the background. Oxford looked up to see Trump and Bush on a tour bus, reached for the remote, heard the exchange — and knew with total conviction what had to come next. “I’ve been the ‘it’ in that equation too many times,” she writes in the new book. “I’m taking these f–kers down.”

“Women,” Oxford tweeted, hands shaking, “tweet me your first assaults. They aren’t just stats. I’ll go first: Old man on city bus grabs my ‘pussy’ and smiles at me. I’m 12.” She added a hashtag, #notokay, and proceeded to share three more sexual assaults: at 13, when a boy groped her in drama class; at 15, when a dermatologist made her undress in his office closet; at 16, when a 25-year-old in a bar followed her into the bathroom, trapped her against a sink, and asked if she knew what rape was. The response to #notokay was swift and enormous: Women began tweeting about their assaults at a rate of two per second. A week later, more than 40 million people had read her tweets and offered their own accounts.

“It was really overwhelming,” Oxford says now, when I catch her on the phone from L.A. “The first night the hashtag started, I didn’t really move and I didn’t go to sleep until the next day.” Still, she wasn’t surprised by the sheer number of women who responded, and she has an idea of why they did. “This is what life is: Everyone’s been sexually assaulted,” Oxford says. “And I honestly think because of the way Trump framed it, as a no-big-deal-ha-ha-ha thing, some of the shame I felt around being assaulted dissipated. If they were willing to laugh about it, then I was willing to say, no, f–k you about it.” 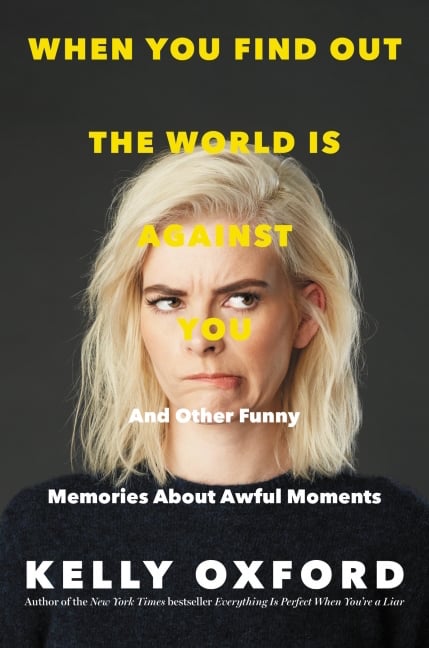 Oxford spoke with the Times, CBS, MSNBC and PBS; she felt a responsibility not just to amply the conversation on Twitter but to ensure it was being covered on other platforms, as well. “I really wanted to make certain I wasn’t the only person seeing how big this was,” she says. “Being able to talk to a broader audience helped me get through all the information and feel it was worth doing.”

Of course, having your notifications blow up with experiences of trauma, or being stopped in the street by strangers looking to talk, is not an emotional picnic. “When #notokay ignited, I saw Kelly struggle with her obligation to speak on a topic of such magnitude,” says Angela Brown, who’s been Oxford’s friend for the last two decades, after they met in an Edmonton video store. “She felt the weight of every single story and wanted to respect these women and what they shared.” Brown understands why people would feel comfortable bringing those stories to Oxford in particular. “People see Kelly as an online friend,” she says. “Her #notokay post showed a vulnerable and honest moment on a platform she used for observation and comedy for nearly 10 years.”

In her first book, Oxford shaped ridiculously funny essays from mortifying events in her youth: the time she peed her pants (at 14) and threw up (directly onto another person); the time she posed as a homeless kid in Vancouver so the Salvation Army would fly her home (she refers to that ruse as her “terrible, horrible”). There’s generosity in her candour; it allows you to look back on your own terrible, horrible and find company there.

By comparison, the essays in When You Find Out the World Is Against You pack a straight-up emotional punch. Oxford returns, again and again, to her struggles with anxiety. She provides an incredibly visceral description of what it’s like to have a panic attack. She admits how powerless she felt to support both her parents after their 2012 divorce: “My dad didn’t really want to talk about it, and it was all my mother wanted to talk about. I ended up simply leaving the country.” She knows that moving her family to L.A. was in service of her dream, her writing career, and she’s afraid that every aggravation of the city — its traffic, its crime, its assholes — is a sign that she chose wrong. That’s not to say there isn’t humour in this collection. It’s Kelly Oxford: You get plenty of laughs. But it’s clear the vulnerability of her #notokay post didn’t come out of nowhere. She’s bringing her readers to a much rawer and more intimate place to assure them that they’re not alone.

The danger of opening up to an audience, though, is that there’s always more to reveal. In mid-January, Oxford posted a photo on Instagram of her husband and their three children, with a caption that read, “Late last fall James and I mutually split up…. 18 years is a good run.” In fact, he moved out of their house on the night of the U.S. election. “We just assumed Hillary would win, and we’d planned it and it was just the right day, and James left, and the election started turning, and I was like, this can’t all be happening at once,” she says. “I was levelled on all levels that night.” Then, two weeks later, her toy poodle Lou died in a freak accident that broke his neck. Oh, you thought you had a garbage end to 2016? Sit down, let Oxford tell you a story.

I’ve been thinking about posting this for months… the right day, the right tone, but I’ve recently realized there rarely comes an opportunity to do anything the “right way”… Late last fall James and I mutually split up. Another victim of the 2016 reaper. While he and I have different goals, our mutual goal is working together to provide health, security and happiness of our kids who are all doing great. The last few months have taught me that you can’t totally plan out your future; that’s scary but also exciting too. 18 years is a good run. I appreciate and thank you guys for all the support I’ve received and am now receiving. Yes, this is weird. We live in weird times.❤

But book title and junky year notwithstanding, she knows she’s in a fortunate position, and she says, for the most part, the world actually does work with her. James is still in L.A., still at the house every day, and she’s pleased with their job as co-parents. She’s thinking about directing All the Way herself next summer. A producer on the multi-Oscar-snagging Spotlight approached her to work on a talk show that would bring to television the conversations she’s provoked on Twitter. “It would be real people talking about what it’s like to be Muslim in America, or what it’s like to be trans — real people telling real stories,” Oxford says. In December, she brought home a French bulldog named Calvin. She tells me, “I’m excited about what comes next.”

So what exactly does “next” look like? For all her hustle and burgeoning activism, Oxford doesn’t define success as a string of bestsellers or top-rated TV shows or flame-throwing tweets. “I think for the large percentage of us who have had some struggles in life, it’s really about happiness,” she says. “Happiness in your career, at home, and with yourself, alone, is hard to come by, and so any bit of it I see as success.” But Angela Brown, leaning on the insight and frankness that come from 20 years of friendship, is willing to get a bit more specific about what’s in store for Oxford’s 2017. “More pets, more writing, more sex,” she says, and as mantras — or titles for third books — go, it’s a damn good one.

More:
My mother made two things clear: that she wanted to die, and that I should get her pearls
What young Conservatives really think about the candidates, Trudeau and “Canadian values”
Sign up for our newsletter