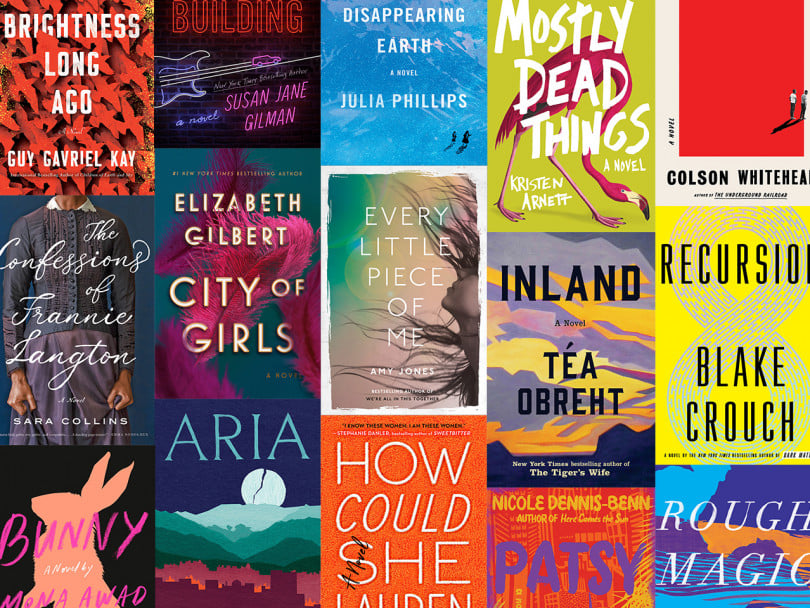 Some books are best read on a summer long weekend while lounging beside a body of water—a lake, a pool, even a kids’ splashpad will do. Here are our favourite new titles of the season. 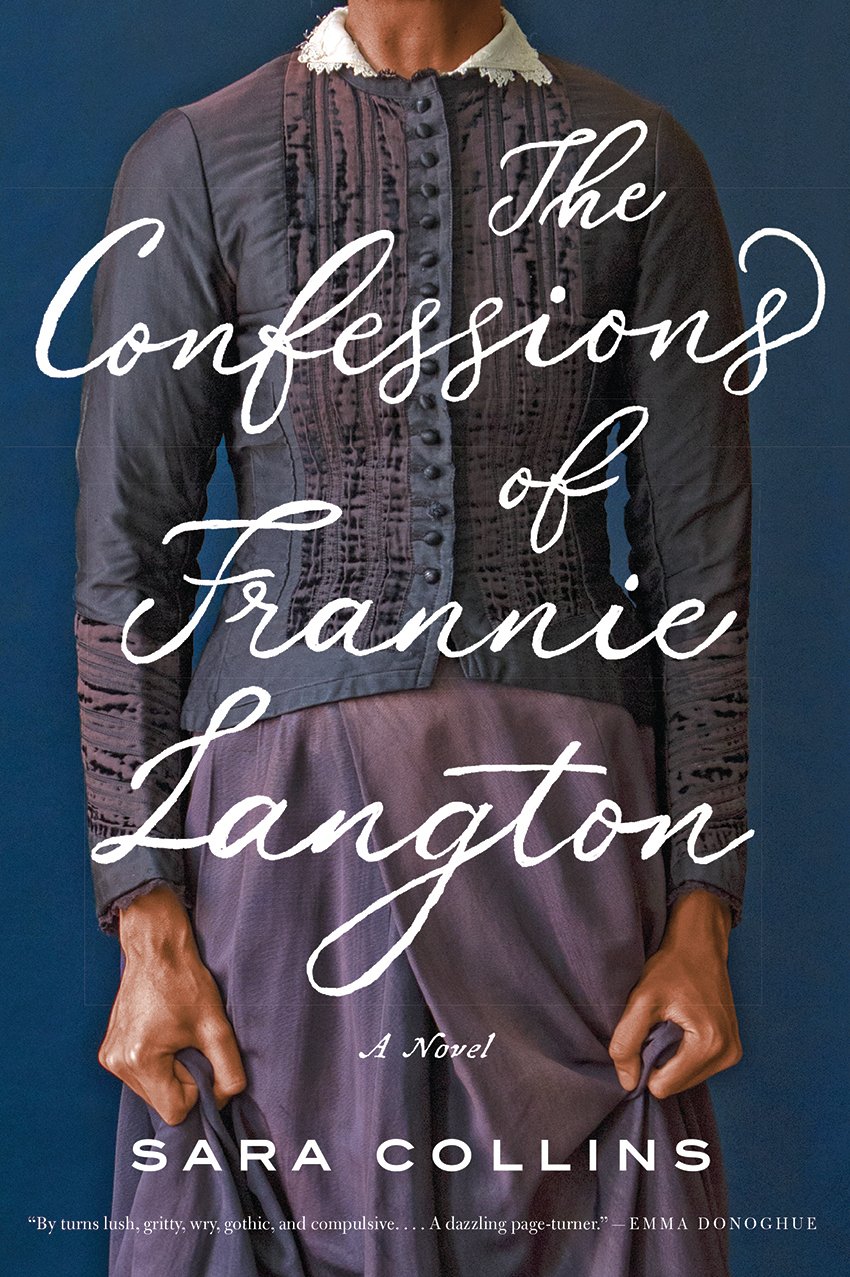 The Confessions of Frannie Langton
by Sara Collins
Collins has created a fascinating unreliable narrator in the form of a Jamaican-born former slave who moves to London as a servant, only to find herself accused of viciously murdering her employer. The plot echoes the Victorian class anxiety and propulsive psychological terror of Margaret Atwood’s Alias Grace—but Collins adds social texture to her novel, probing race, eugenics and colonialism. May 21, $25. 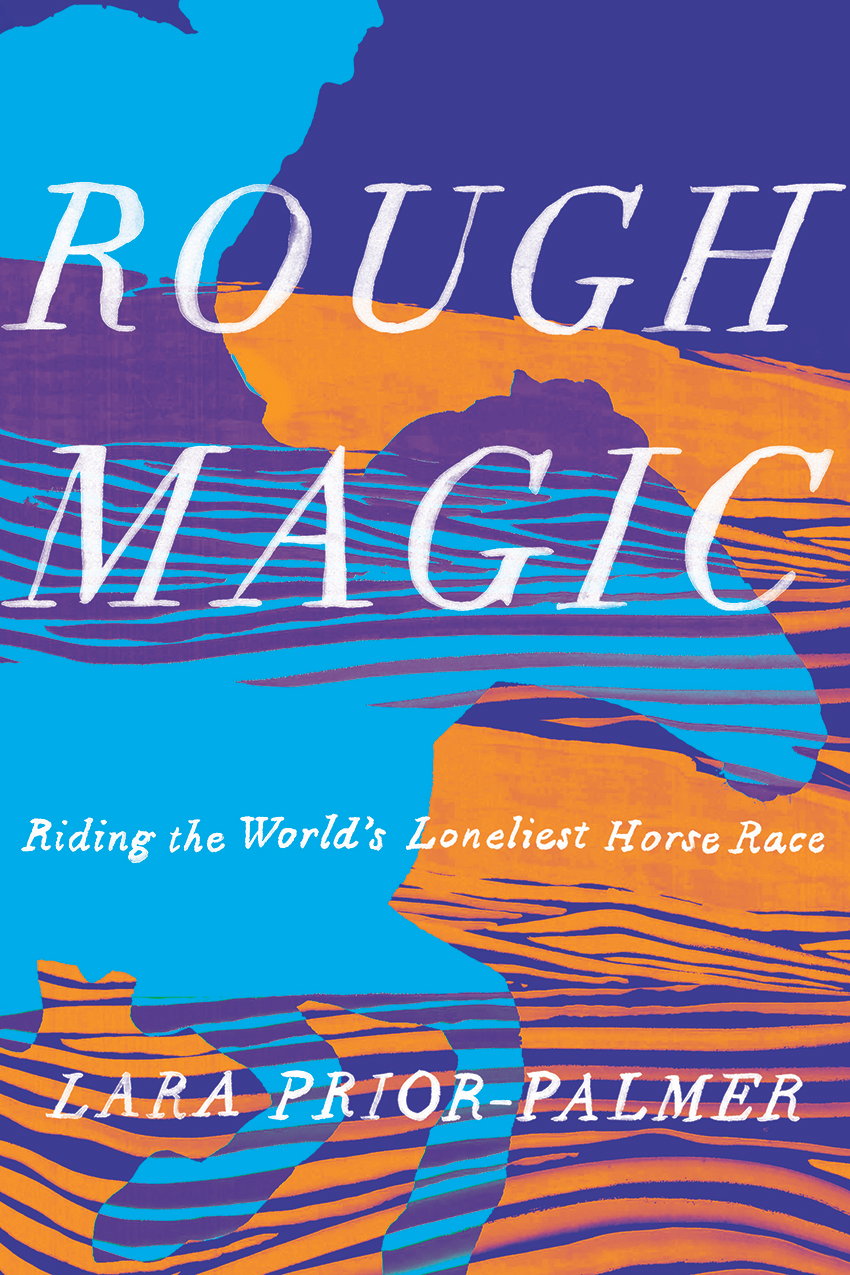 Rough Magic
by Lara Prior-Palmer
The Mongol Derby is a gruelling 1,000-kilometre horse race, during which intrepid equestrians ride wild horses through the Mongolian Steppe, switching steeds every 36 clicks. At 19, British horsewoman Lara Prior-Palmer was the youngest person to ever compete in the derby (spoiler alert: she won!). In her lyrical memoir, Prior-Palmer overcomes typhoons and illness while loping through Mongolia’s unpredictable landscape. May 7, $38. 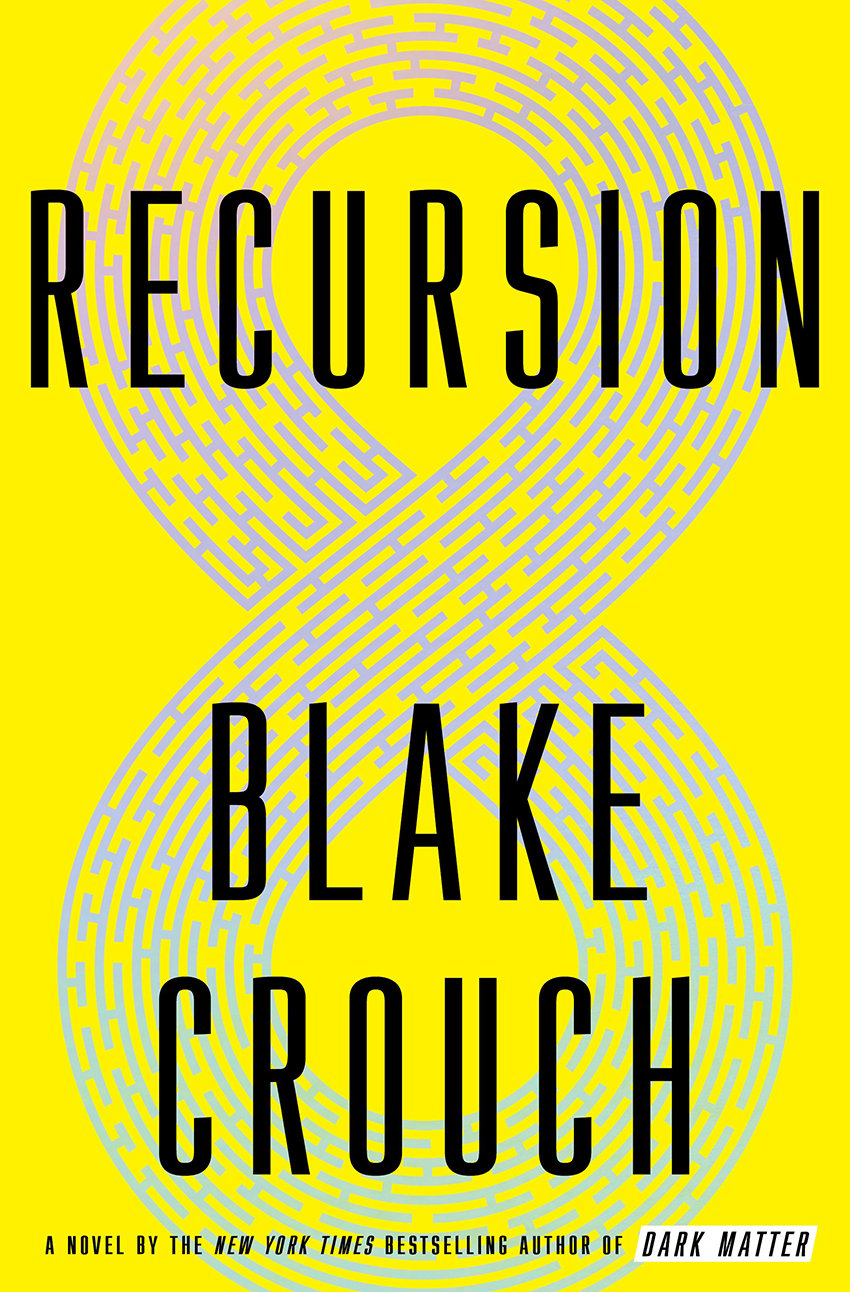 Recursion
by Blake Crouch
Crouch’s peculiar genius is his ability to create sci-fi utopias that soon reveal themselves as grisly hellscapes. His latest novel is set in a Black Mirror–esque world where new technology allows people to relive their favourite memories—wedding days, first kisses, moments with lost loved ones. The twist? The miracle tech also implants vivid, dramatic, utterly false memories in its users, furnishing them with past lives they never lived. June 11, $36. 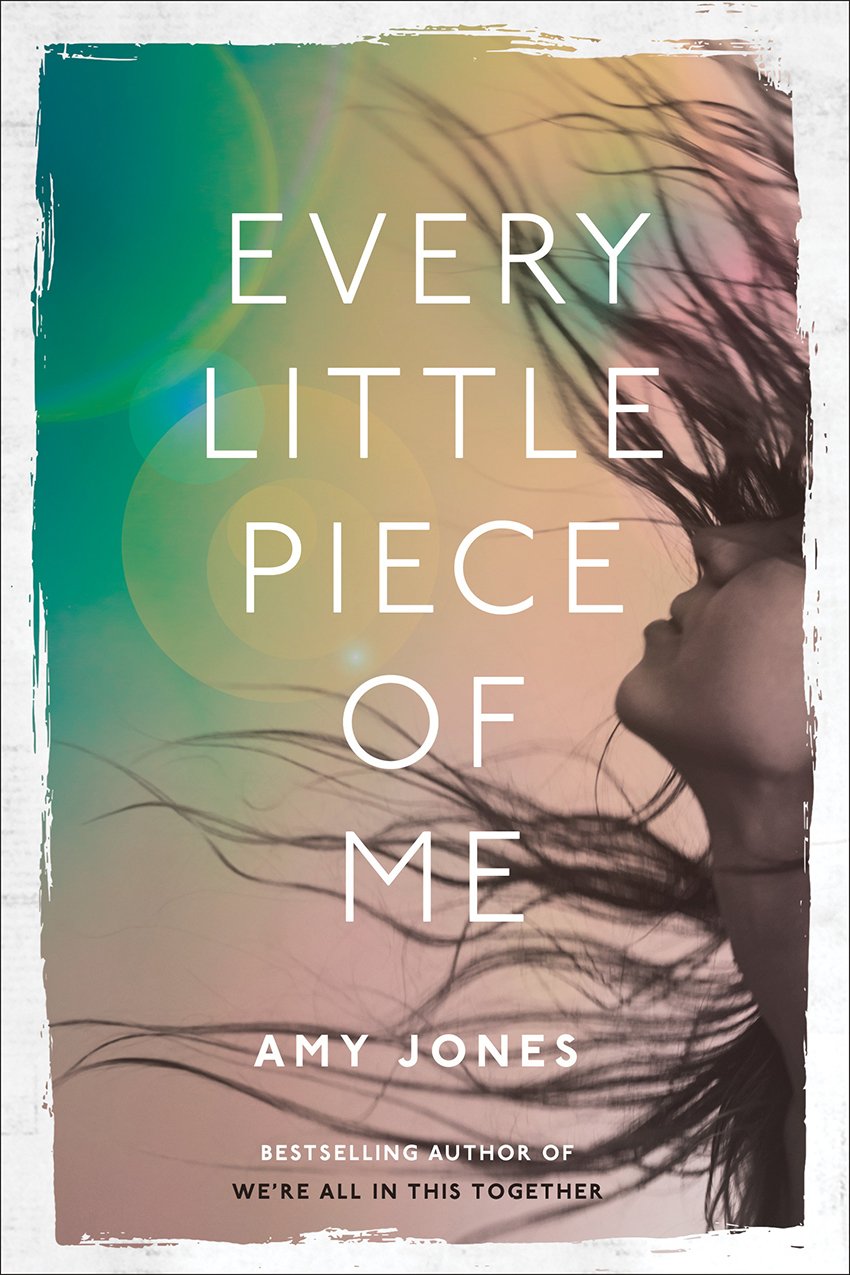 Every Little Piece of Me
by Amy Jones

Toronto author Jones is obsessed with the perils and peculiarities of 21st-century fame: Her first novel, We’re All in This Together, is about a family who goes viral after the mom successfully tumbles over a waterfall in a barrel. Her new book is a satire about a woman who reluctantly agrees to appear on a Bravo-style series about her family’s bed and breakfast, and her friendship with a failed rock star she meets when she returns to her hometown. June 4, $25. 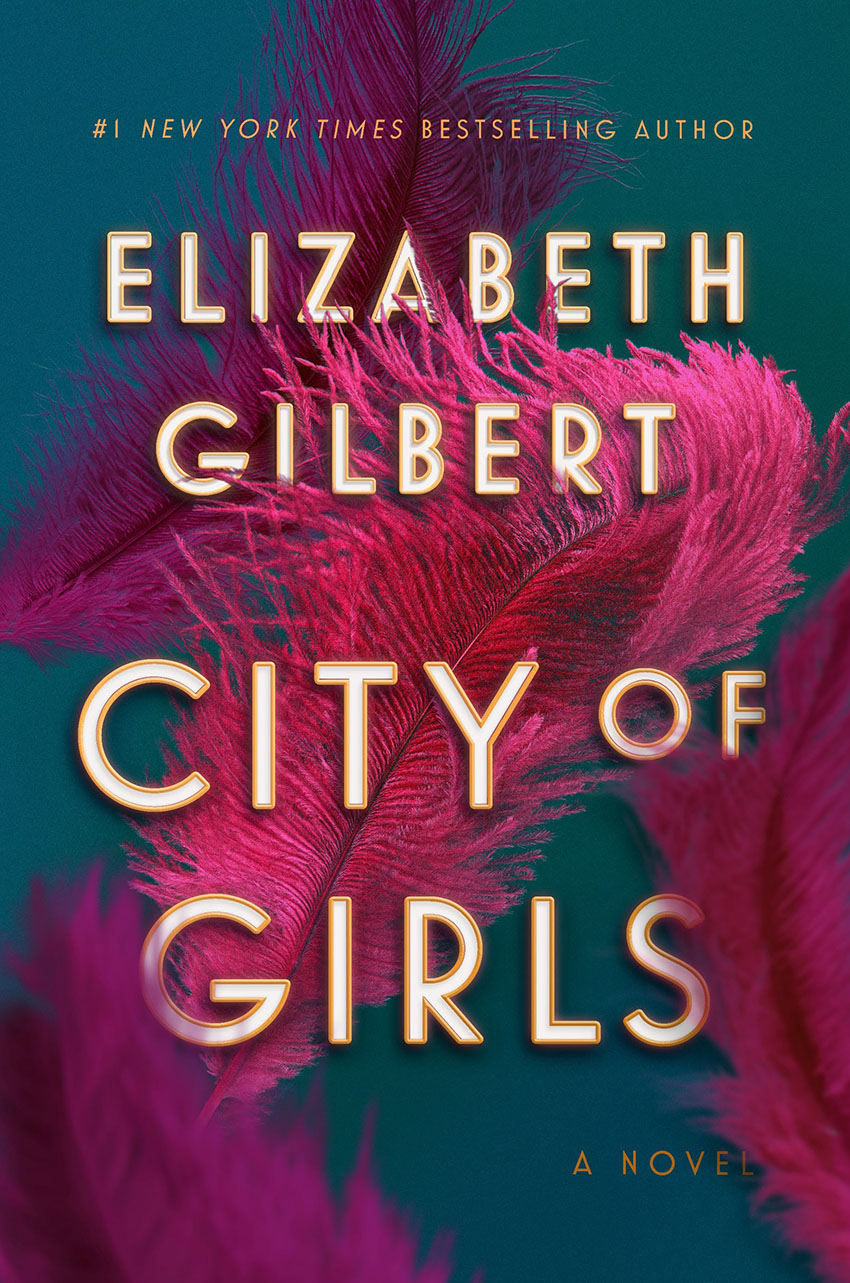 City of Girls
by Elizabeth Gilbert
Gilbert is best known for Eat Pray Love, the memoir that launched a thousand solo trips to India. She started writing her latest book as a way to distract herself after the death of her partner, Rayya Elias, in 2018. The resulting novel is fizzy, fun and feminist. It’s about a Vassar dropout in 1940 who moves into a rickety Broadway playhouse, where she meets a cast of glamorous characters who could have been conjured by Dorothy Parker. June 4, $37. 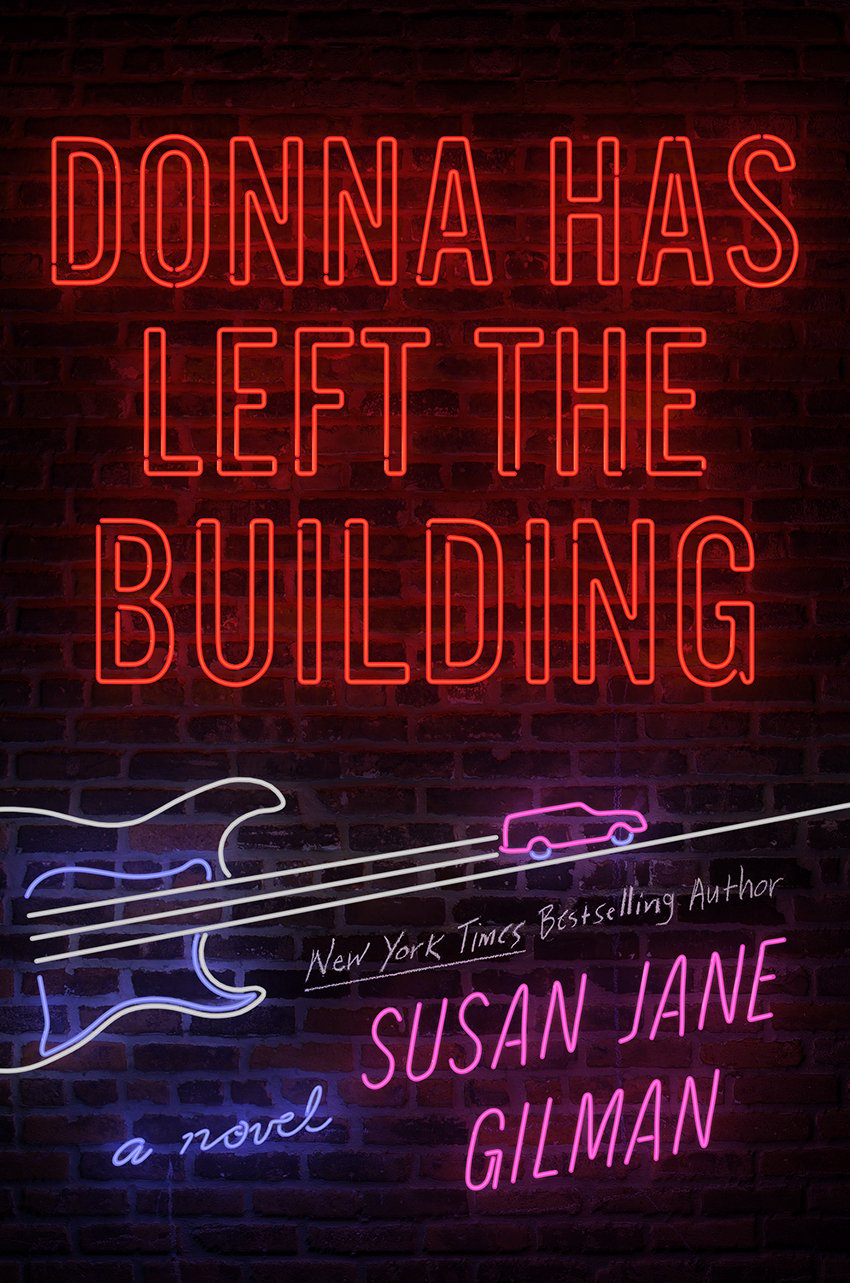 Donna Has Left the Building
by Susan Jane Gilman
For her latest novel, Gilman was inspired by the greatest story about a mid-life crisis: The Odyssey. Her hero is a 45-year-old ex–punk rocker turned domesticated mom, on an epic road trip after discovering her husband has been cheating. The book is hilarious, heartfelt and breathless, following its heroine on a feverish quest from New York to Nashville to Memphis and eventually to Greece, as she tries to recover who she used to be. June 4, $37. 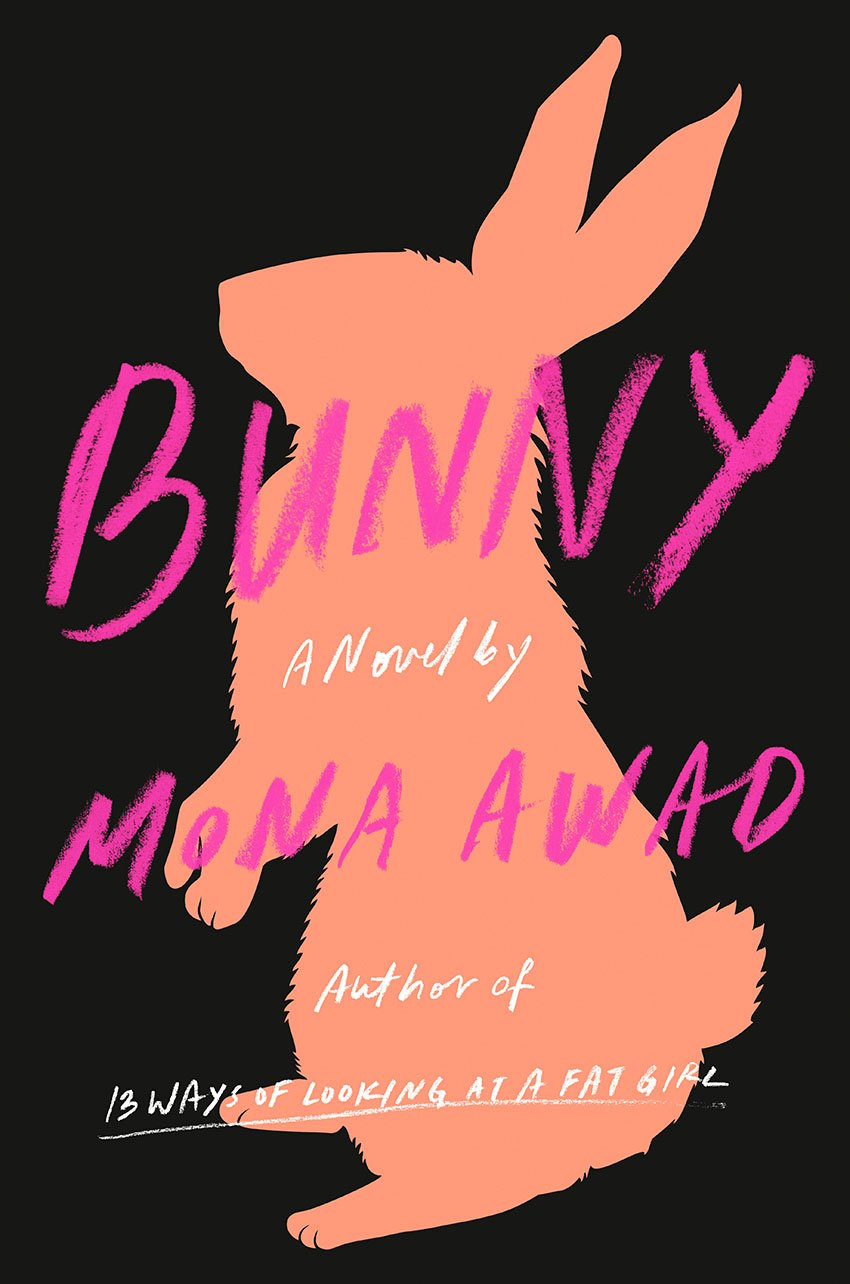 Bunny
by Mona Awad
An obsession with beautiful mean girls has fuelled an entire genre: Heathers, Gossip Girl and, of course, Mean Girls. In her latest addition to the clique canon, Awad, who captured female insecurity so beautifully in the bittersweet 13 Ways of Looking at a Fat Girl, follows a sorority of posh, secretive students at a small New England liberal arts college who call themselves the Bunnies and engage in mysteriously cultish off-campus rituals. June 11, $30. 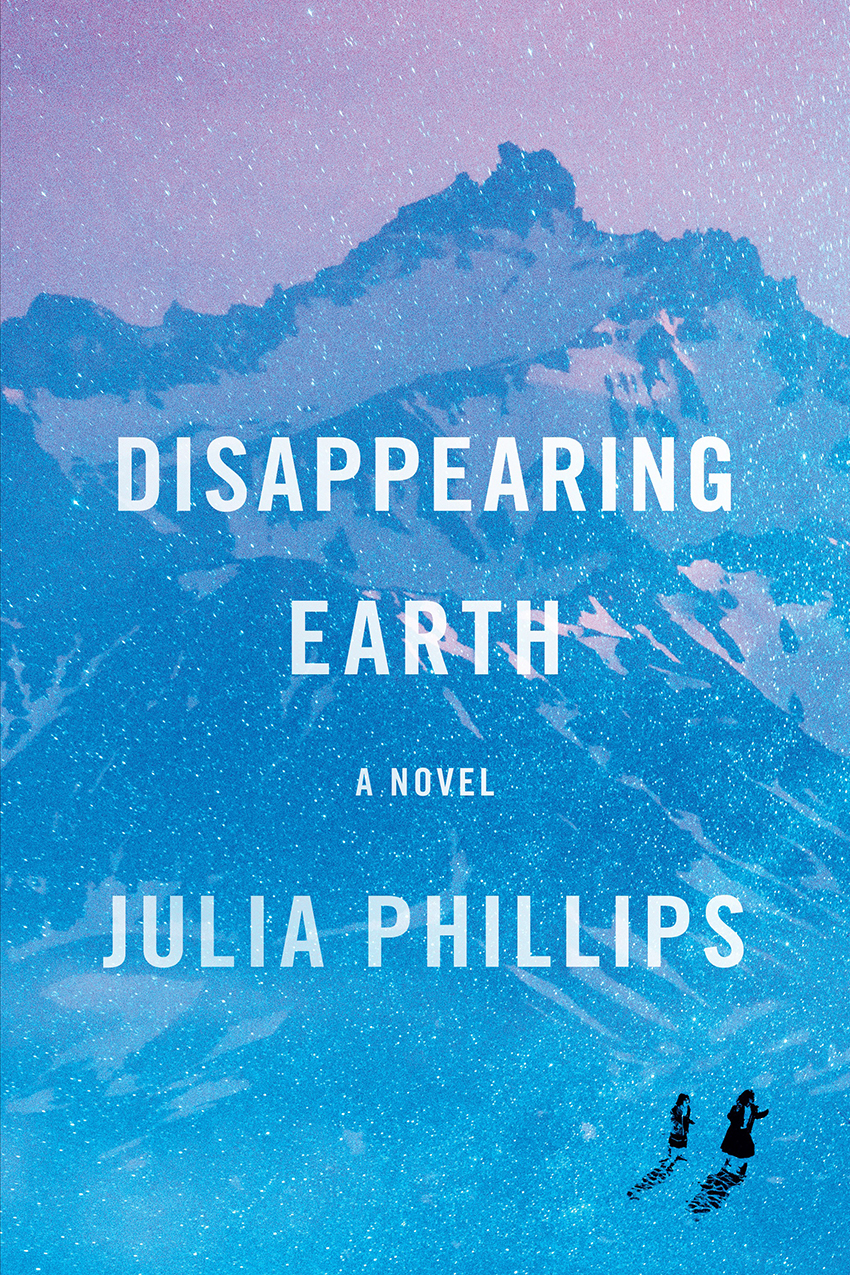 Disappearing Earth
by Julia Phillips
Debut novelist Phillips takes a familiar trope—two little girls vanishing in a small town—and transposes it to Kamchatka, a narrow peninsula on the northeastern tip of Russia. The book is less about what happened to the girls than it is about the cascading effect of their disappearance on their isolated village. The remote landscape, an expanse of tundra and volcanoes and jungle-like forest, is downright Gothic in its eerie bleakness. May 14, $36. 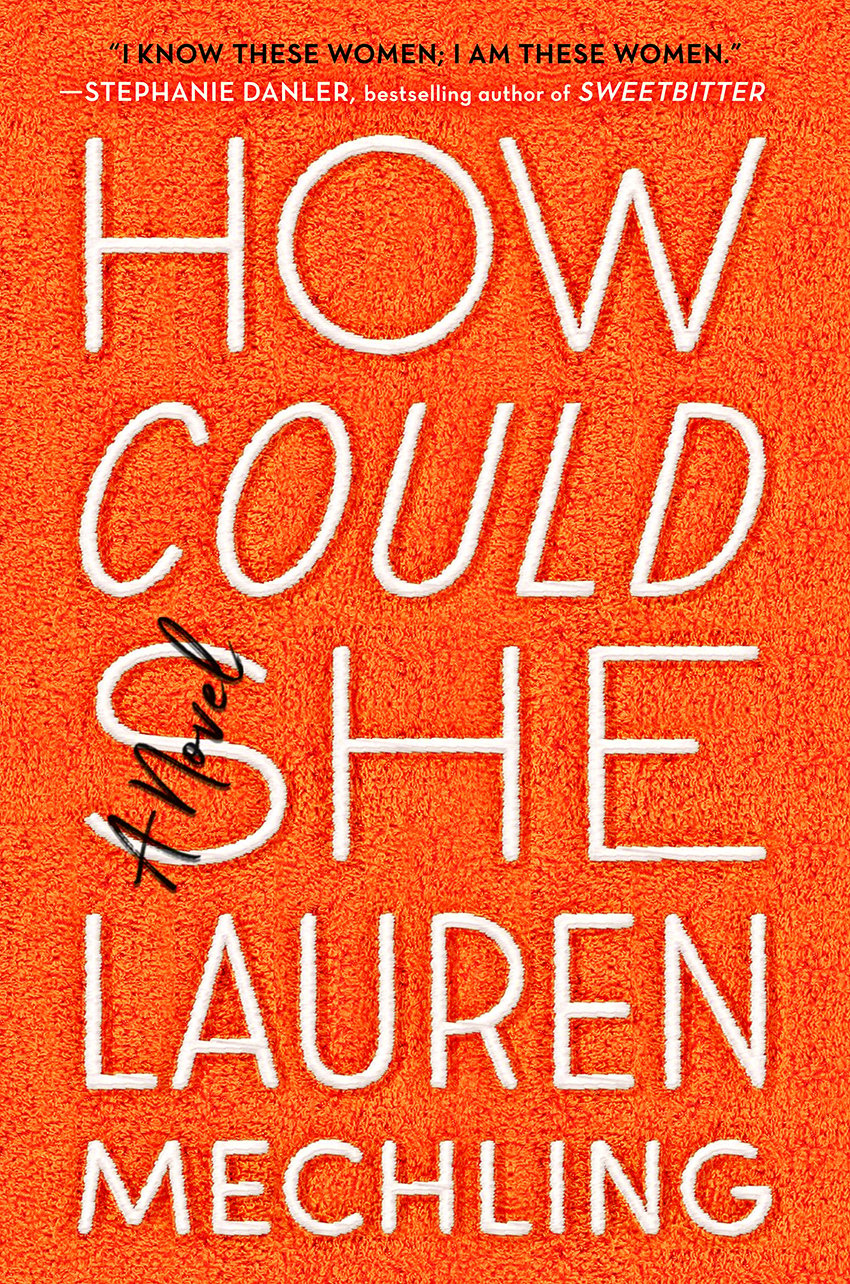 How Could She
by Lauren Mechling
The best books about female friendship are as much about jealousy, resentment and anxiety as they are about girl power and gabfests. Such is the case with this gloriously catty, occasionally tender new novel about a thirtysomething Toronto writer who moves to New York to join her two best friends, only to discover that their seemingly idyllic lives are crumbling. If Edith Wharton was writing about Manhattan society in 2019, it would read a lot like this. June 25, $35. 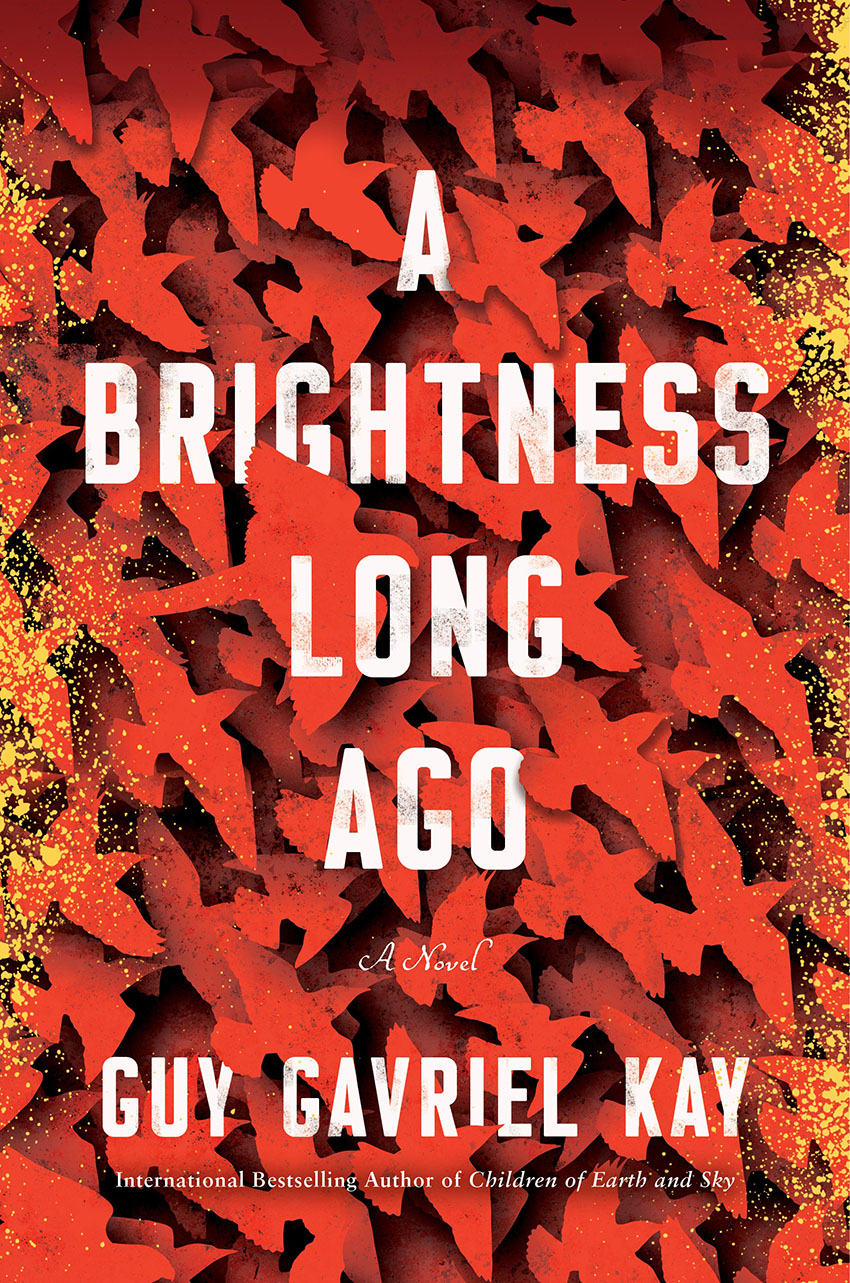 A Brightness Long Ago
by Guy Gavriel Kay
Kay is a brainier Canadian equivalent of George R.R. Martin. His latest epic, set in a magic-infused analogue to Renaissance Italy, follows a peasant boy who serves a count known as the Beast and finds himself caught in a deadly feud. Like all of Kay’s work, the novel is worth reading as much for the plot and characters as for the fantasy world it occupies, which is as richly detailed as a Bosch painting. May 14, $32. 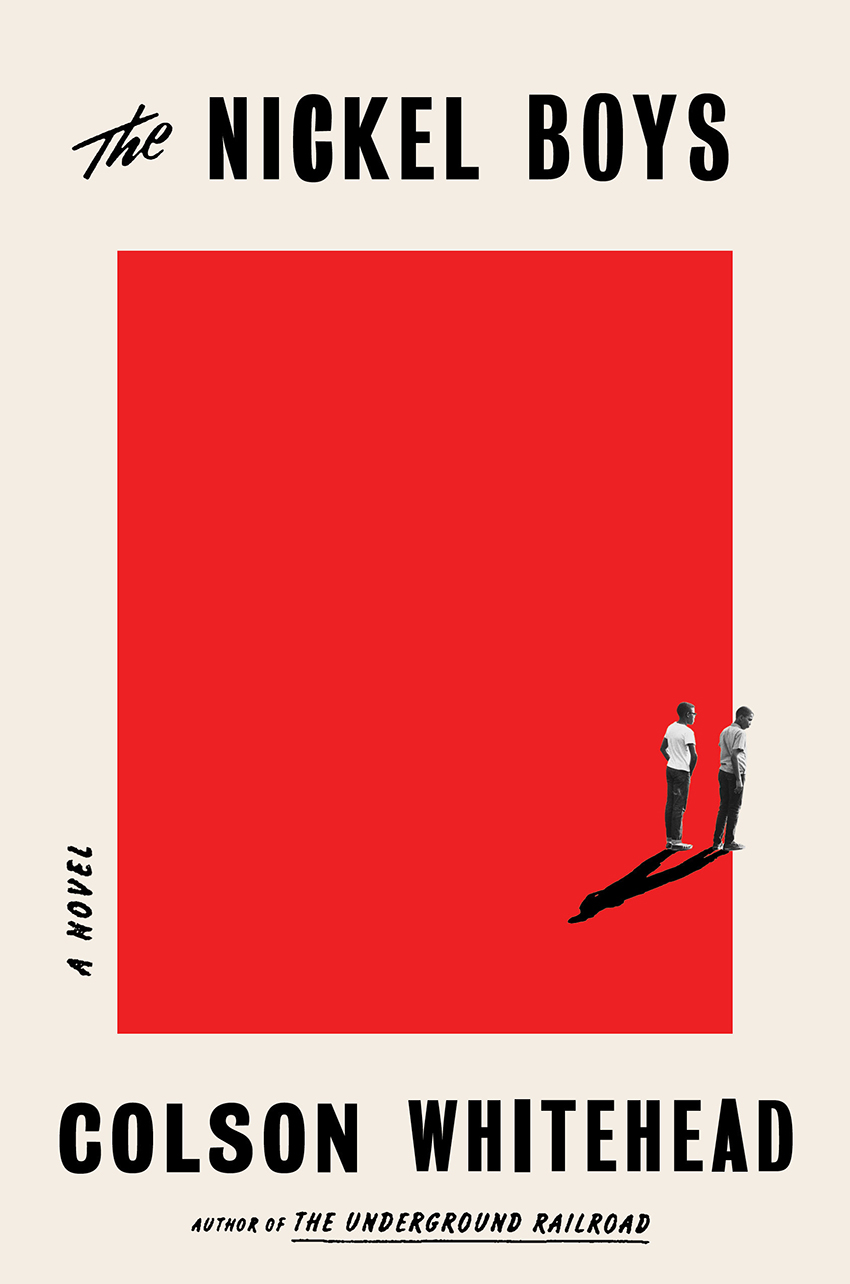 The Nickel Boys
by Colson Whitehead
Whitehead’s last novel, the magical realist slave epic The Underground Railroad, was a pop culture sensation. His latest book pulls at a different thread of African-American history: It’s based on a squalid reform school in Florida where black children were hidden away, abused and dehumanized. Whitehead follows two boys as they struggle to escape the cycle of violence and criminality. July 16, $30. 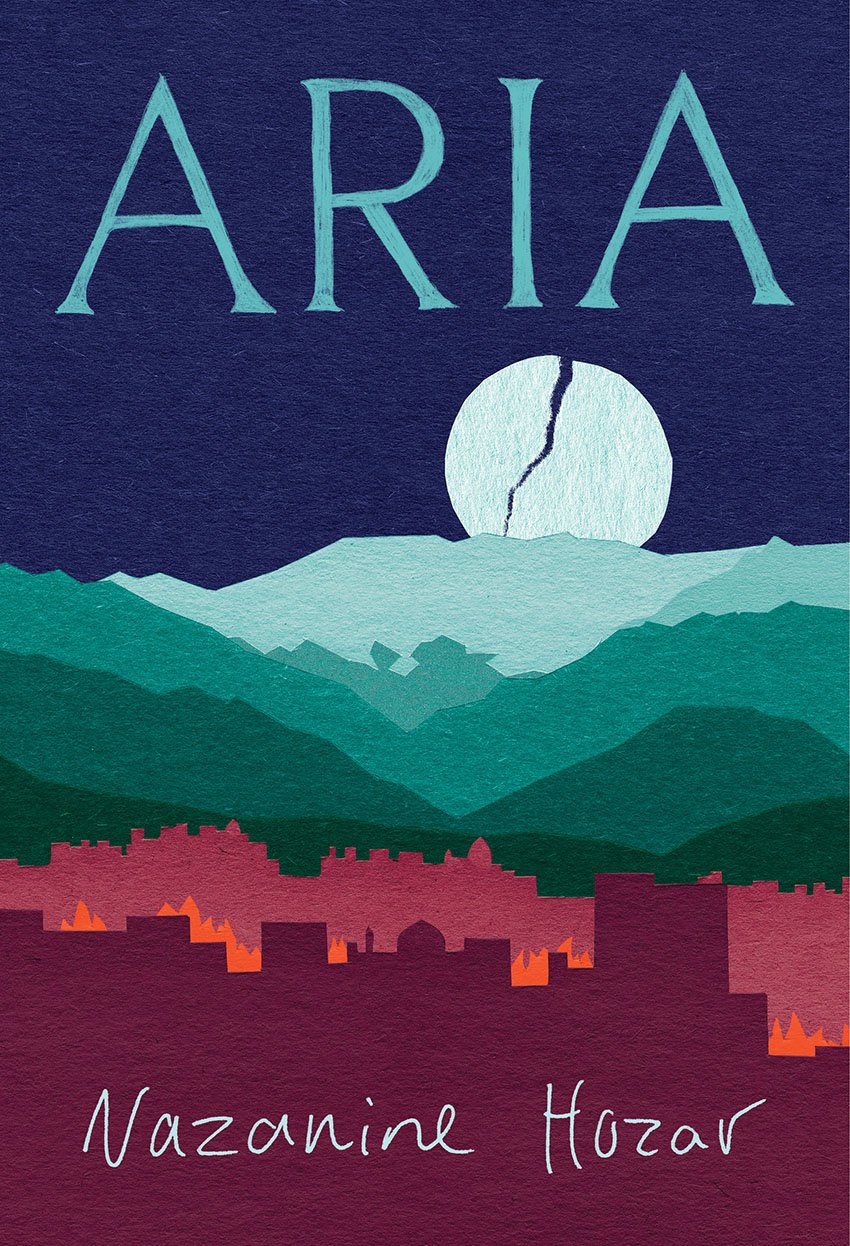 Aria
by Nazanine Hozar
Hozar, an Iranian-born writer who now lives in B.C., captures the sweep of Iran’s political history through the eyes of Aria, an orphan girl in 1950s Tehran. She’s raised by a series of complicated women, including a wealthy benefactress and, eventually, her biological mother. When the novel comes full circle, Aria has become a young mother herself and the fever of terror and revolution has again taken hold in Iran. June 25, $25. 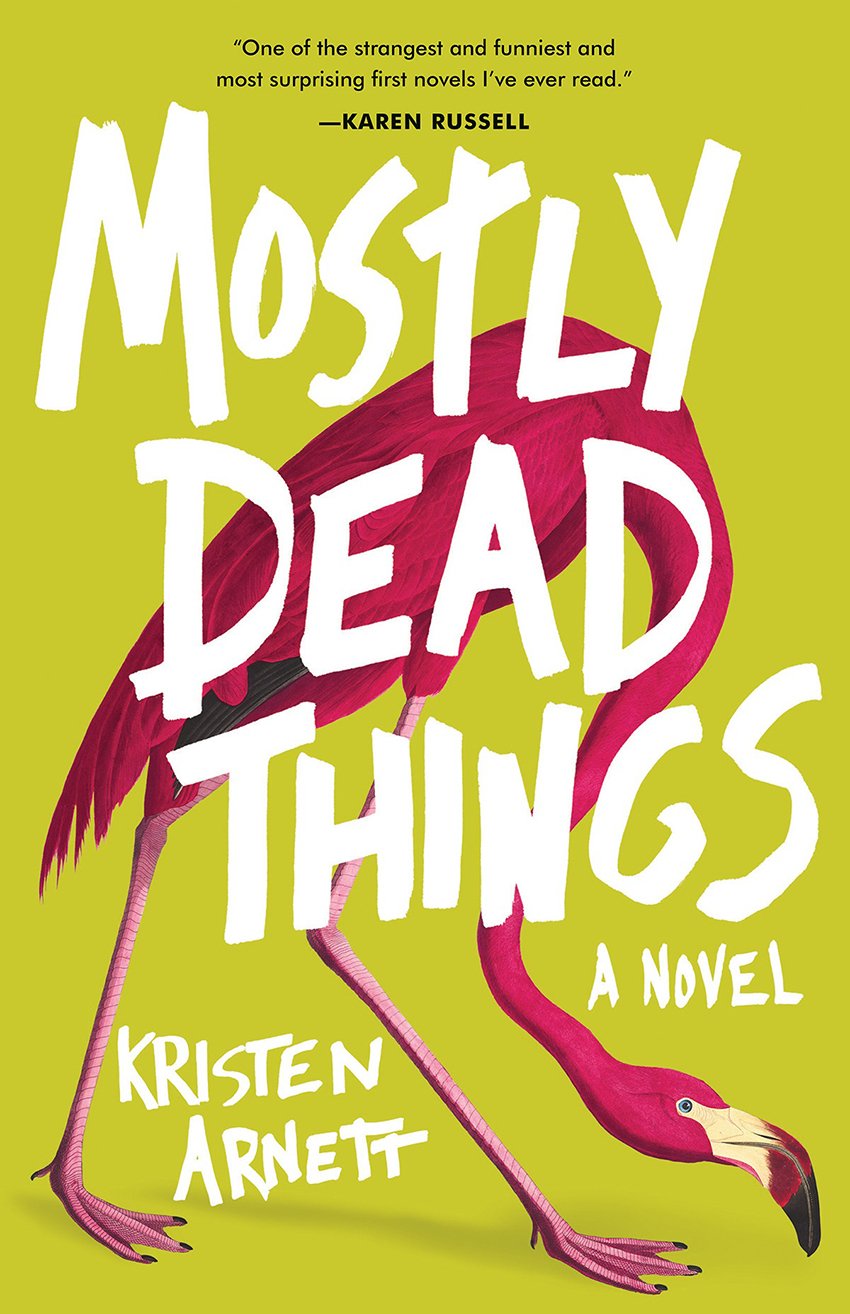 Mostly Dead Things
by Kristen Arnett
Take the morbid satire of Six Feet Under, swap out the funeral home for a taxidermy shop, and you have this blisteringly funny, lushly macabre family satire from Arnett, known for her dry, pithy Twitter feed. Jessa, who returns to run the family business in Florida after her father dies, finds herself entangled with her brother and his wife, with whom Jessa has been smitten for years. June 4, $34. 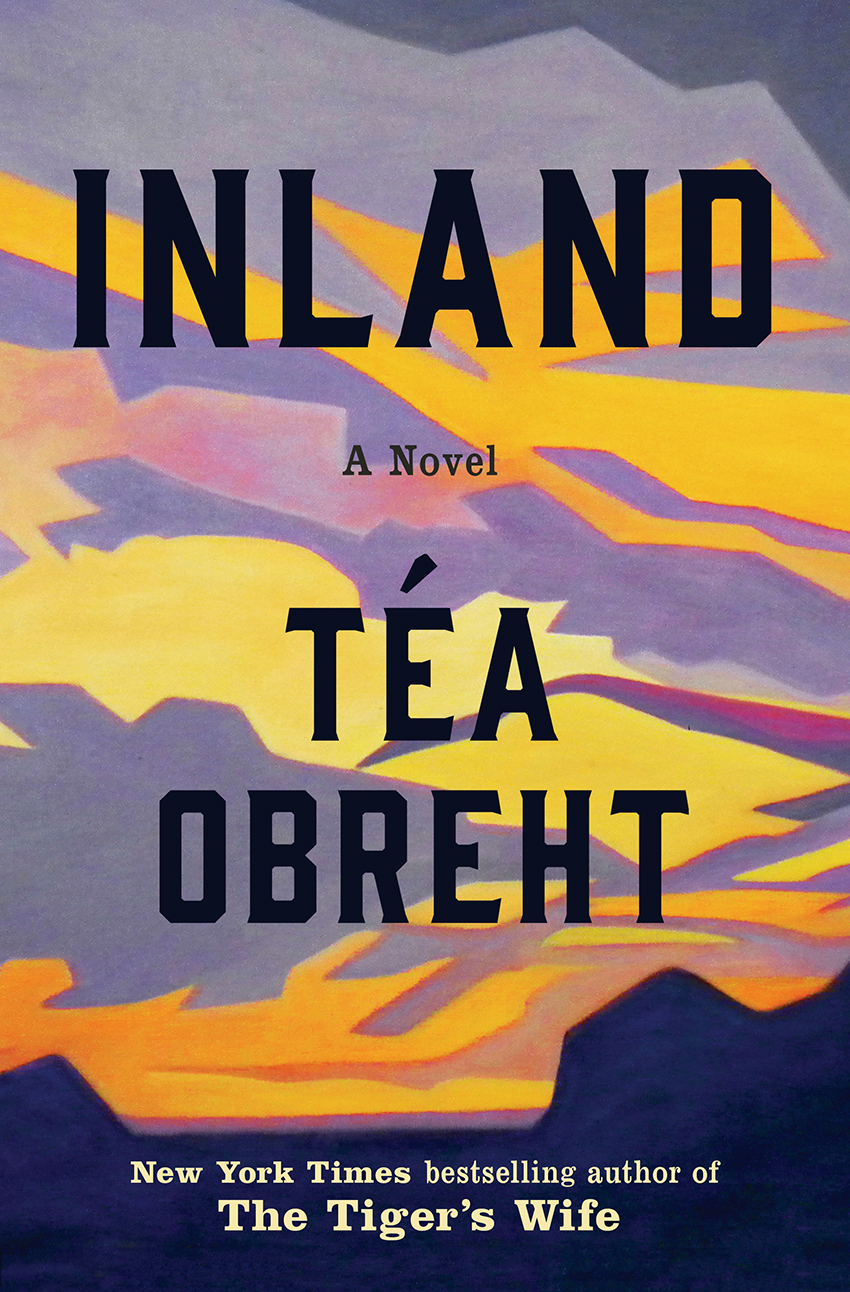 Inland
by Téa Obreht
Obreht was only 24 when she published her debut bestseller, The Tiger’s Wife, which spanned several generations of a Balkan family. Now, 10 years later, her new book is a radical departure, set in a turn-of-the-century Arizona, where a hardscrabble frontiers-woman and a brooding Heathcliffian outlaw battle the beast that’s believed to be stalking the desert. It’s haunting, thrilling and epic in scope. August 13, $36. 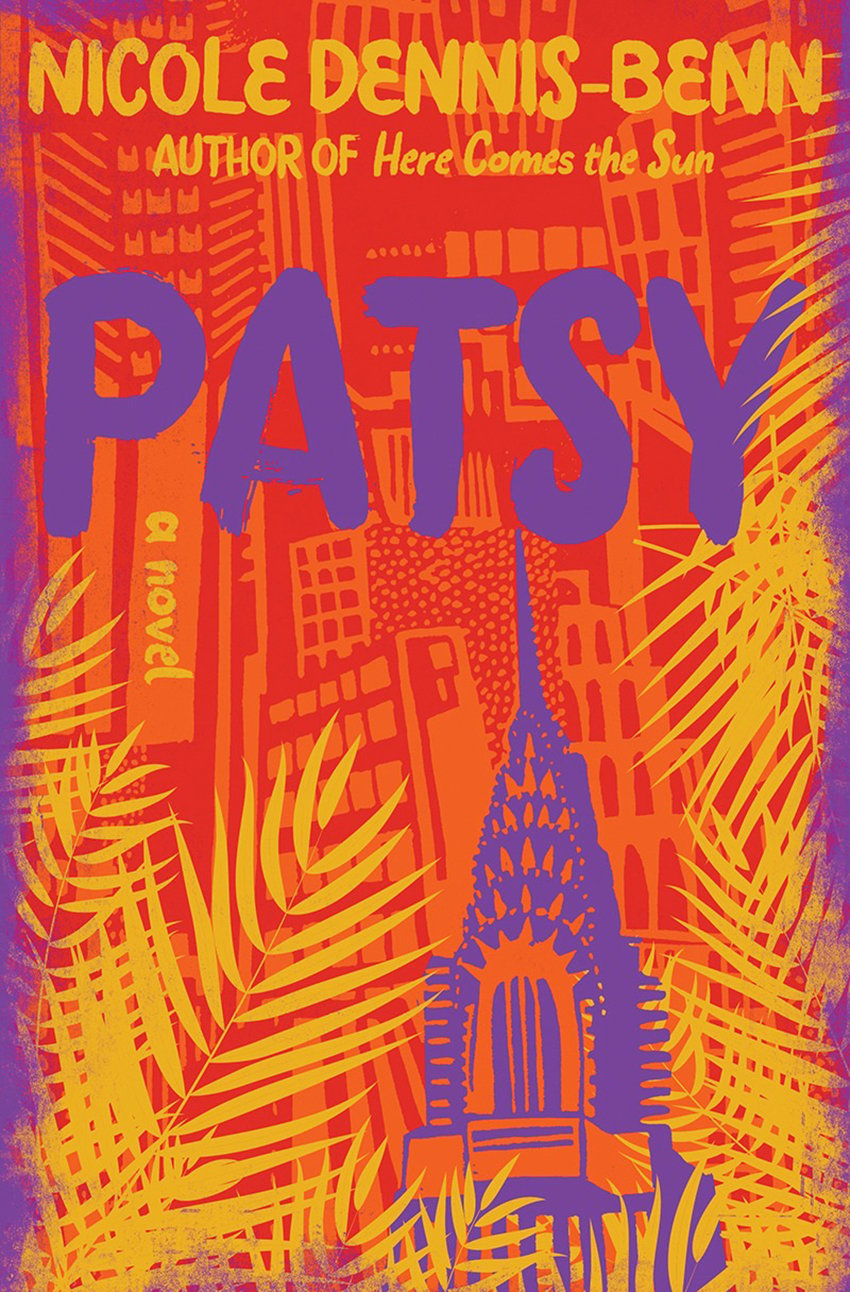 Patsy
by Nicole Dennis-Benn
The titular heroine of Dennis-Benn’s wrenching new novel is hard to love: She abandons her young daughter in Jamaica in order to reunite with her long-lost love in New York City, where she’s forced to work as a housecleaner and nanny. The book lays waste to the privileged notion of having it all, an impossible pursuit when race, poverty and sexuality get in the way. June 4, $36.