An excerpt of The Night Stages by Jane Urquhart

The author's just-released novel tackles love, loss and the lure of home. 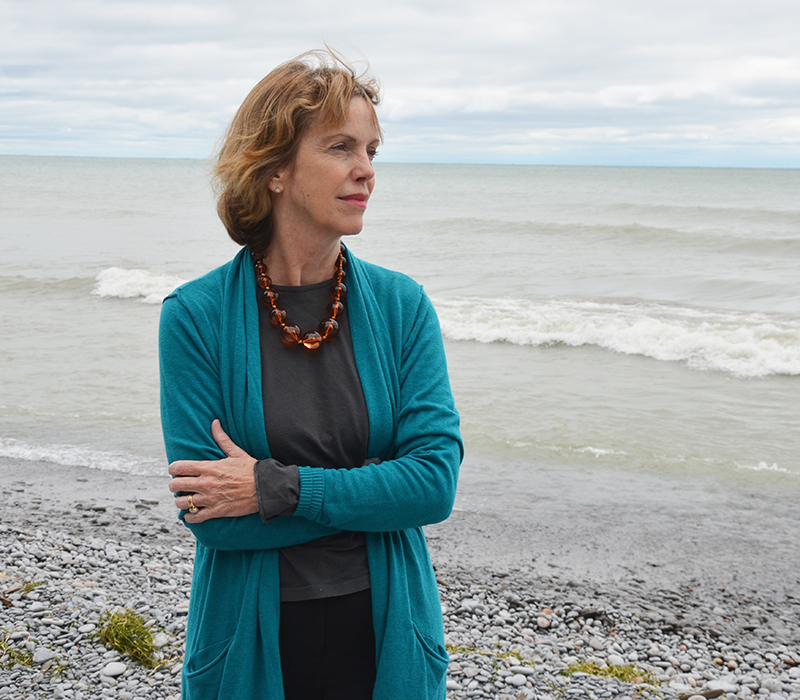 Just after midnight she walks out the door, steps over frost-stiffened grass, and approaches the grey shape of the Vauxhall. She slings her suitcase into the back seat, slams the door then opens the driver’s side, sits behind the wheel, pulls the door toward her. She turns the key in the ignition, places her palm on the cool, vibrating knob of the gear shift, and allows herself one moment of hesitation. Her white cot­tage, an unlit rectangle against a sky busy with stars, is as grey as the car. The turf shed is grey as well, squatting at the back of the yard. There is a moon somewhere, but she refuses to look for it. She flicks on the lights. She shifts into reverse.

The grass of her own lane flattens under the wheels, then, when she turns the car, an ill-repaired road with a ribbon of similar grass at its centre appears in her windscreen. Three miles of hedgerows accompany her to the crossroads at Killeen Leacht, with its single tavern, dark and empty, and its wide, slow river. Salmon are gently turning in their sleep under that shining water. Salmon and the long green hands of water weeds, shaken by the current.

Soon she is deep in the Kerry Mountains, disturbing flocks of sheep drowsing near potholes, and birds probably huddled in hidden nests. The car’s lights bounce on the stone bridges of Coomaclarig and Dromalonburt, then illuminate the trunks of last standing oaks of Glencar. She wants the constellation tilting in the rear-view mirror to be Orion, and when it follows her for some time along the hip of the mountain called Knocknacusha, she concludes that it is. Climbing to the Oisin Pass, she thinks about the ancient warrior Niall had spoken of, the one who had searched from that height for lost companions but not found them. He’d been gone for three hundred years, Niall said, but the woman he was with made him believe it was only three nights. He had lost everything, Niall insisted, for three nights with a woman.

She descends to the plain. Lough Acoose, still and dim under faintly lit clouds, slips into her side window. On the opposite shore the hem of a shadowy mountain touches the water. Ten minutes later there is the town of Killorglin, and then the Laune River, oiled by moonlight. Goodbye, she thinks, to all that. Goodbye to the four flashing strands of the Iveragh Peninsula, to the bright path of surf in St. Finian’s Bay, the Skellig Islands freighted by history, the shoulders of mountains called Macgillicuddy’s Reeks. Goodbye to her own adopted townland, Cloomcartha, to the kitchens that had welcomed her, and to dogs whose names she had known. Goodbye to her own small drama – that and the futile, single-minded tenaciousness that had almost maintained it. The changing weather patterns, the gestures, the theatrical light.

An hour and a half later she reaches the smoother roads and quieter hills of neighbouring County Limerick. She accelerates, and as she does, she begins to visualize the abandoned peninsula unfurling like a scarf in the wind, gradually unwinding, then letting go, mountains and pastures scattering behind her on the road. “Iveragh,” she says out loud, perhaps for the last time. The landscape, she knows, will forget her. Just as Niall will forget her. What she will forget remains to be seen. She imagines her phone ringing on the table and no one there to answer it. This provides a twinge of pleasure until it occurs to her that it might not ring at all.

She leaves the car in the airport parking lot, knowing it will be towed, stolen, or junked when it becomes apparent that no one is coming back to claim it. The sky, overcast now, is a solid black, echoed by greasy black macadam. It begins to rain in a half-hearted way as she walks with her suitcase toward the lights of the terminal, leaving, she hopes, such full preoccupation and terrible necessity. She is leaving the peninsula. Leaving Niall.