Bif Naked on surviving breast cancer and her marriage breakup

When the Juno award-winning rock star found out she had cancer, she thought things couldn’t get much worse. Then her husband left her 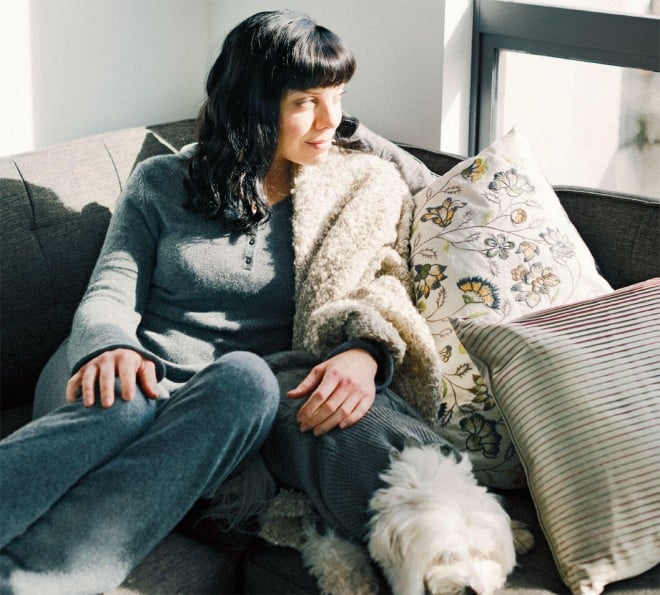 Beth Torbert, better known as Bif Naked, is busy shaking hands and kissing babies. Well, kind of. On a sunny morning in early October, Bif is walking in Vancouver’s CIBC Run for the Cure. She started out with a group of friends, but when you’re a recognizable rocker it’s hard to keep up. Other walkers sideline Bif—who also goes by her given name, Beth, and a handful of others, including B, Biffy and Bifita—with requests for pictures, a handshake, a few words. She is well-known, yes, but she’s also a breast cancer survivor. And she is happy to chat with others who’ve been affected by the disease.

Since her diagnosis in 2007, Bif has navigated one difficult turn after another: She confronted a long-held eating disorder and separated from her husband, Vancouver Sun sportswriter Ian Walker, in January 2011. For her, the union—and its demise—will be forever linked to her fight with breast cancer, as she was diagnosed just one week after their honeymoon. Bif says she can’t pinpoint the final straw, but she knows that’s when the problems began. “He married a rock star,” she says, “and what he got was a cancer patient.”

Bif never actually aspired to be a rock star. In the quote accompanying her high school graduation photo, she wrote, “Destination: Actress. Fate: Cleaning lady at MGM.” Of course, she’s landed closer to the former than to the latter. Bif dropped out of a theatre program at the University of Winnipeg to join a band. She married the drummer at 18, and though the marriage lasted only six months, the music stuck. And when the group required a sexier name, they figured adding Naked to the mix was a simple way to draw a crowd. Bif sang with different bands until her manager, Peter Karroll, offered her a solo deal in 1994. Since then, she’s recorded seven albums and performed alongside the likes of Billy Idol and Sheryl Crow.

Somewhere between the shows and daily life, the rock-star lifestyle took its toll. Bif’s eating habits deteriorated. The progression began innocently enough; Bif turned to veganism in her early 20s to alleviate stomach issues. Eventually, being vegan morphed into eating very little, because, on tour, options were limited. While her band gorged on pizza and steak, Bif ate side salads. The results were plain to see: Bif shrank to a size 0. Only after her year-long fight with breast cancer did she realize how unhealthy her eating habits had become. As part of her recovery, she’s made a commitment to giving her body the fuel it needs.

Bif underwent chemotherapy, a lumpectomy and radiation. Camaraderie with her fellow patients got her through the worst. Susie Isman, who was in the same cancer-treatment trial as Bif, recalls how Bif made her laugh the first time they met. “Beth came up to me at the gym, hit me with her hip and said, ‘Isn’t this a f–ked-up disease!’ ” Another woman in the trial, Karen Lavoie, is now a close friend. When Karen was in the hospital, Bif brought her dinner every night, along with magazines, pillows and other treats. “I don’t look back and think how hard it was,” says Karen, “I think, ‘Wow, how amazing, all that love.’ ”

All the while, Bif’s relationship was in trouble. “Ian is a great guy and it should have worked out, but circumstances just took over. I’ll go to my grave being bewildered by the whole thing.”

Bif laments the marriage’s end as “a personal tragedy.” But it has not dampened her enthusiasm for love. “I can’t wait to get married again!” she says. “I’m a hopeless romantic.” The only obstacle, as she sees it, will be meeting someone. “I’m 40! Who am I going to date?” Whoever he is, he must be mature, because she’s “finally ready for an adult relationship.” And if he has an affinity for heavy metal music, cute dogs and yoga, that would be icing on the vegan cake.

Bif is in the process of documenting all this change in a book of memoirs, an idea she resisted at first. “I mean, I’m not quite done yet!” Some of her to-do list: shooting a television show about her life, studying palliative care and doing charity work. As for which she tackles next, not even Bif will guess. But she is excited. “The fact that I can still make songs or go to yoga or cook for my friends is amazing,” she says. Armed with good health, possibilities and, most of all, optimism, she is ready to move forward. “I never know what to expect in life. But I have a feeling it will just get more fun.”