How To (Properly) Recycle And Reuse Candle Jars

Whether it's with boiling water or freezing temperatures, make sure to get that wax out before recycling. 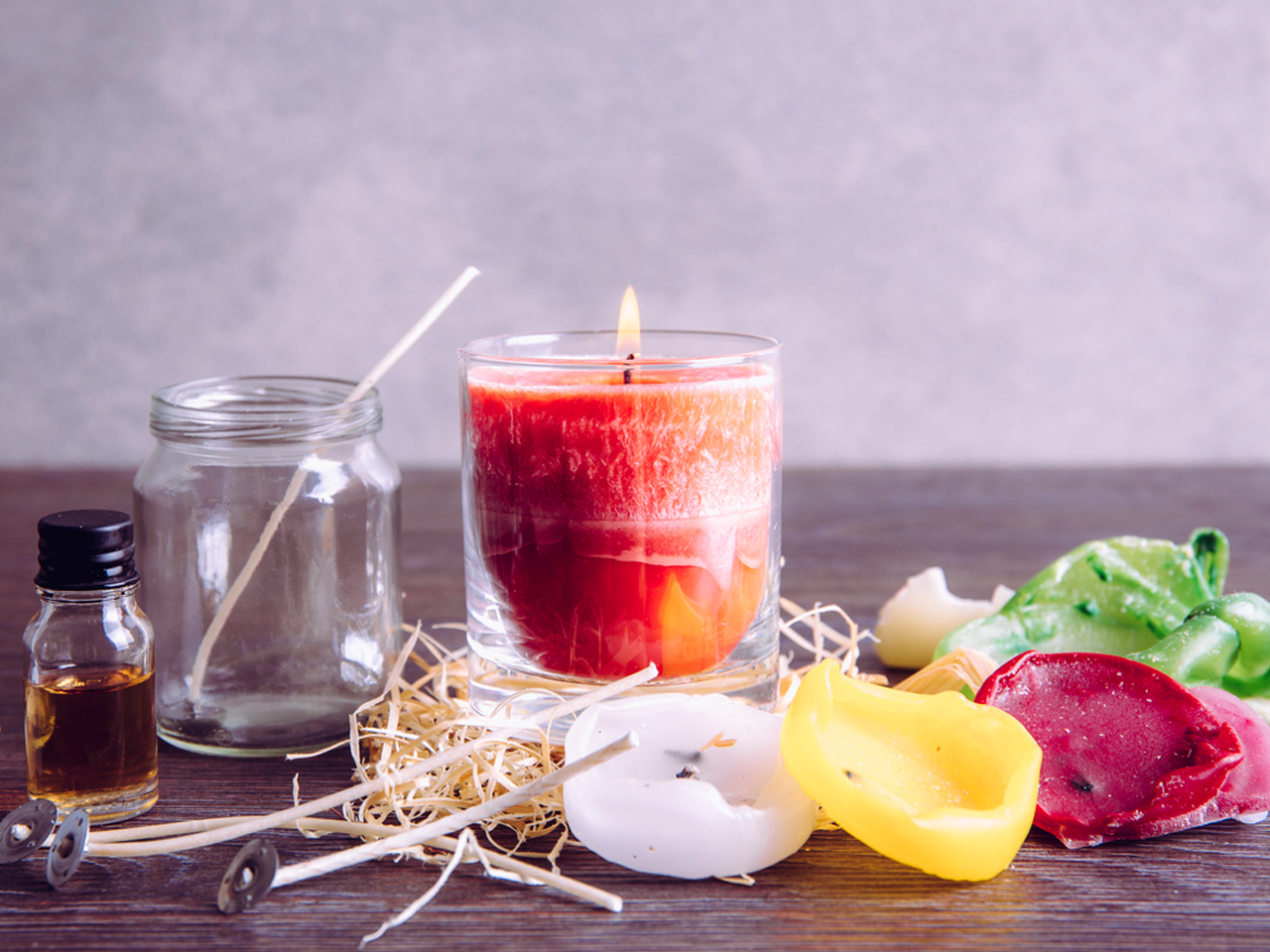 If you’re anything like me, there’s a shelf somewhere in your house that serves as a graveyard for candle jars. There’s just a teensy bit of wax left in them, the wick has become a nub and the vanilla scent is long gone. But the process of disposing of a used-up candle is not as simple as tossing the entire thing away—besides, why would you want to? A lot of candles come in decorative jars, ones you could certainly reuse for other household tasks. Candice Bautista, environmental journalist and founder of The Eco Hub, a lifestyle and news publication devoted to sustainability, says that trying to recycle a glass jar with product still in it will ultimately just land it in the garbage. But before you can reuse them, the wax needs to be removed. Bautista gave some tips for how to do this at home.

Similar to the technique used for melting chocolate over the stove, this method requires putting the candle jar in a bowl set over a pot of barely simmering water, which ensures the wax melts without the jar getting dangerously hot. Alternatively, place the candle in a separate pot and slowly pour boiling water around the candle (making sure the water doesn’t go in the candle jar itself). Once the candle melts, Bautista suggests pouring the old hot wax into something that you’re already going to toss in the garbage. Don’t pour melted wax down the drain—wax dries quickly and it’s bound to clog your pipes. After that, clean the jar out and recycle or reuse it.

If you have more than one candle to dispose of (and some freezer space), this might be easier than the stovetop method. Place the candles in the freezer for a couple hours, or until the wax is frozen, and then use a butter knife to pop the frozen wax out of the container. To make this process easier, try to break up the wax a bit before freezing to make it simpler to pop out once it’s frozen.

With the candle on a heat-safe surface, pour boiling water directly into the candle jar and leave some room at the top. The hope is that the melted wax will float to the top. Wait for the water to cool and the wax to harden a little, then simply pick it out. Scrape any remaining wax and wash out the jar with soap and water.

Most candle warmers come with a warming base and a dish to place on top for wax melts. Instead of the wax melts, put your candle jar on top of the warmer and it’ll melt it down for you. As with the double-boiler method, pour it into something that you’re planning on tossing in the garbage. Or, if you don’t want the wax to go to waste, top off another candle with a similar scent by pouring it into that.

There are a lot of options! Bautista suggests that when you’re buying a candle, take into account the packaging. A candle that comes in a pretty jar might be a little more expensive—but depending on the size and width or height of the jar, there are so many possibilities for how to reuse it.

Use decorative jars to organize your makeup and brushes in one place. If the jars aren’t the prettiest, you can always spruce them up, too. For your bathroom needs, use the jars to hold your toothbrush, toothpaste, Q-tips, really anything that you need to organize and maximize counter space. This is especially a good idea if you have multiple candles of the same size with lids to create uniformity. You can also re-purpose the old jars to make new candles, which is an especially nice gift for friends and family.

Because candle jars come in an array of shapes and sizes, they also make creative pots and vases for your various houseplants. If you shelled out a little more than expected for that cute new plant, save some money on the vase and reuse what you already have. (Don’t plant directly into the candle jar as it doesn’t have draining, unless you add some drainage stones first.) And if you’re someone who buys in bulk and you find yourself with an abundance of the same candle jars because of that big holiday sale last year, no fear. Use them as jars to help organize your kitchen cupboards or your office space—they make for great pen and pencil holders.

These are just a few examples, but the possibilities really are endless. Bautista suggests “precycling.” Before you even buy an item, think about what you can do with it after it’s fulfilled its primary use. “For me, the whole point of going green and living more mindfully is to think about these kinds of items that we bring them into the home … So thinking about things before you’re worrying about buying them on the premise of, oh I can just recycle this,” she says.