Plus, how to take care of them so they last.

A bouquet of long-stemmed red roses is a quintessential romantic gift. But, sadly, cut flowers don’t last. So, why not give that special someone a potted plant instead?

After all, plants are a traditional symbol of love and affection. In ancient Greece, the red anthurium was thought to represent Cupid’s arrow, and during the Victorian era, flowers like gardenias were used to express emotions of love and trust. There are plants with heart-shaped leaves and others, like kalanchoe, whose long-lasting flowers earn it a reputation as a plant of eternal love.

Easy to find in local garden centres, grocery, or big box stores, with a little TLC houseplants will last well past Valentine’s Day. 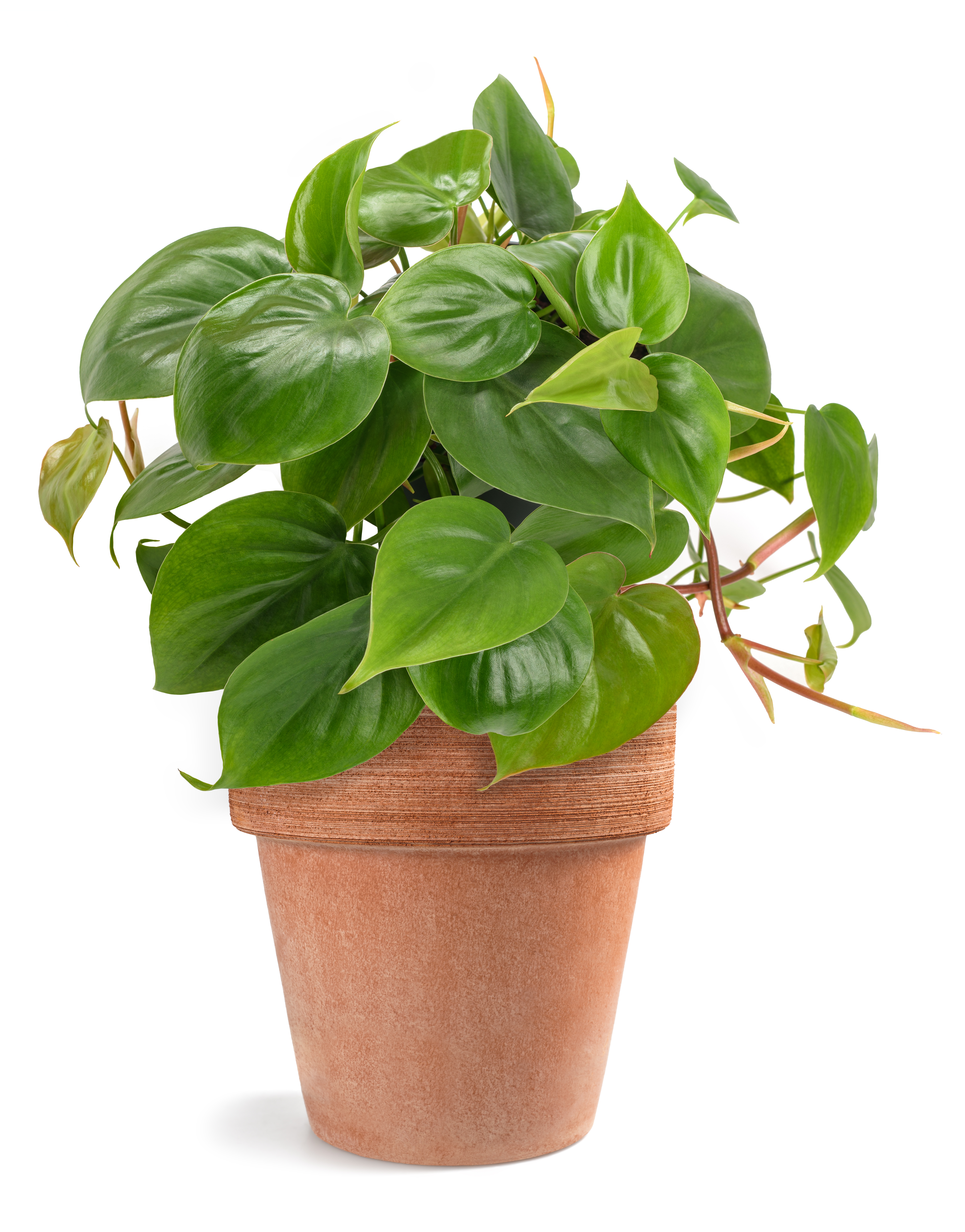 This plant’s name alone makes it a perfect Valentine gift.

There are 480 different kinds of philodendrons, and one of the most popular and easiest to care for is the heartleaf variety, also known as the sweetheart plant.

Growing wild in tropical rainforests, philodendrons will climb up the trunks of trees in search of light. As a houseplant, a heartleaf philodendron will grow 1-3-m-long stems that can be trained to grow up a small trellis by a window, or trail down from a container hung from the ceiling.

Preferring to be away from a direct heat source, and enjoying filtered sunlight, this plant will let you know if it’s unhappy. Getting too much or too little light will cause its bright green leaves to lose their lustre and fade. If given too much water, the leaves turn yellow. Letting the soil dry out between watering will help avoid this. 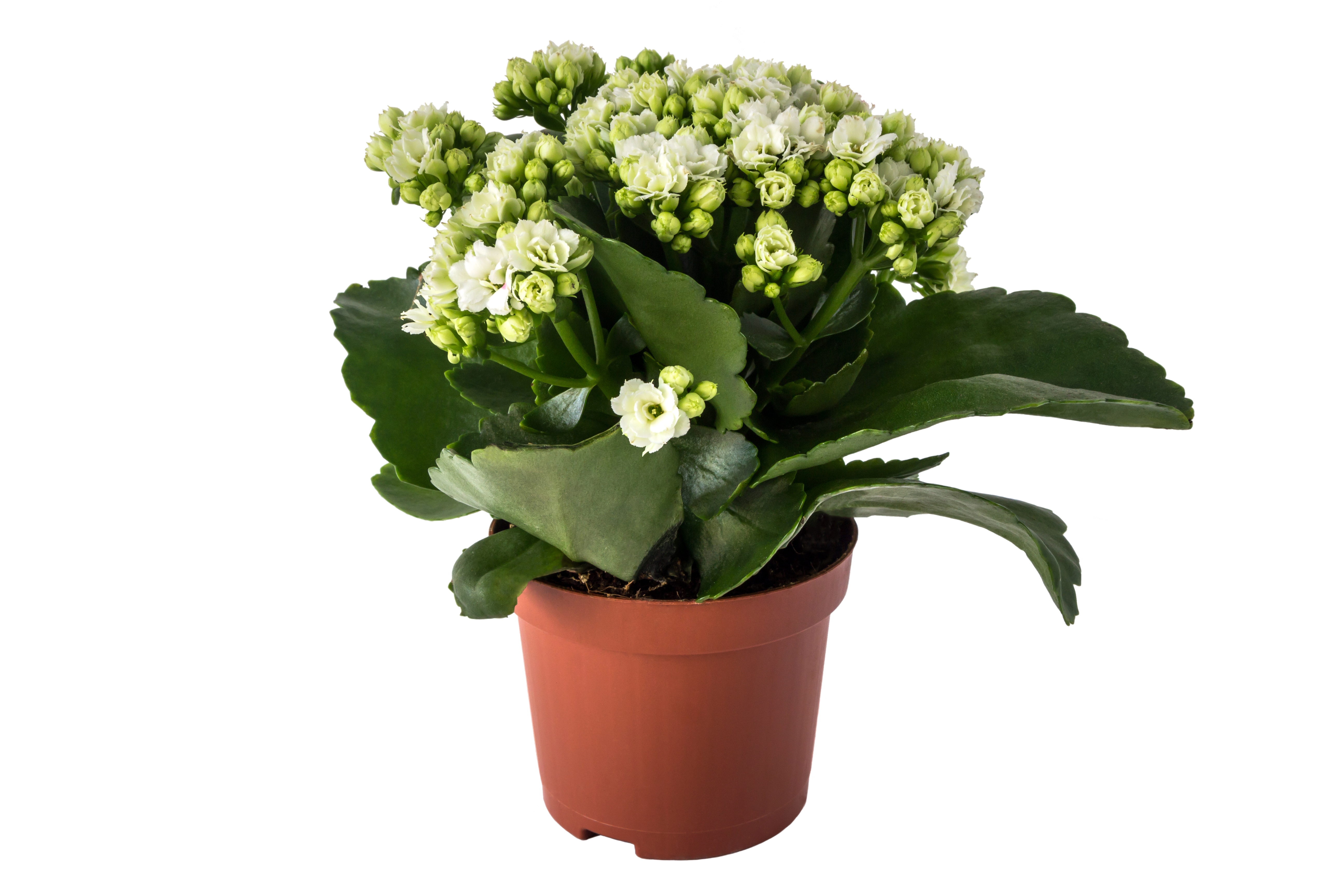 With a bloom period of at least eight weeks, this slow-growing plant will take two to five years to reach its mature size of 15 cm tall and 45 cm wide. Able to survive in temperatures from 12 to 26 C, during its flower cycle the plant will enjoy the filtered sunlight of a bright windowsill. Part of the succulent family of plants, kalanchoe can store water in its leaves and roots, so overwatering can cause root rot. Allowing the soil to dry out completely between watering will avoid this.

Typically bought flowering, once the flowers fade, they can be cut off and the plant coaxed into re-blooming. If kept in a cool dark place for thirteen to fourteen hours a day, and during the day moved to a brighter warmer spot, after about six weeks, new buds will appear. At this point, go ahead and move the plant back to its original location.

The cycle can be repeated over and over, proving this plant’s symbolic representation of persistence and eternal love. 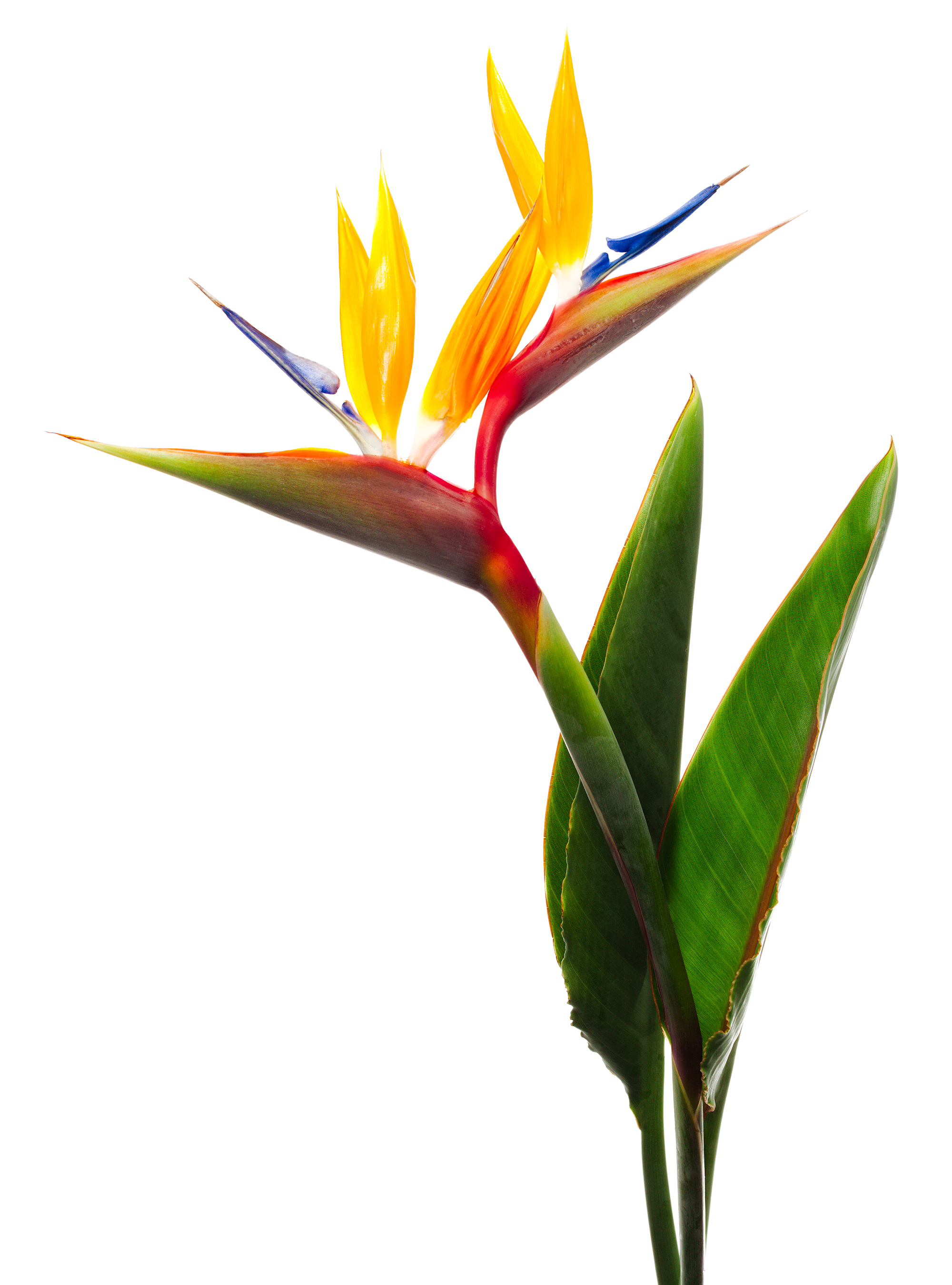 Strelitzia or Bird of Paradise Plant

This popular houseplant is large, exotic and will make a long-lasting Valentine’s impression.

Oblong, bluish-green leaves attach to long stalks that support the plant’s flower capsules, made up of three orange and three blue petals. When the capsule opens, the petals lift up from the boat-shaped base to mirror the look of a tropical bird in flight.

A sun-lover, strelitzia needs at least six hours of direct sunlight a day. Because of its mature size of 1.8 m tall and 1.2 m wide, placing the plant in a sunny corner by a large window for most of the day is ideal. During its spring-to-fall growing period, it needs to be watered regularly—roughly once or twice a week. In the shorter and darker days of winter, the plant’s metabolism will slow down, so it won’t flower and won’t need as much water. It is, though, a bit finicky when it comes to water. Strelitzia prefers non-chlorinated or collected rainwater when given a drink. The chlorine in regular tap water can be corrosive to its roots.

Often associated with joyfulness, faithfulness, love, and thoughtfulness, a bird of paradise plant is also the official flower for ninth wedding anniversaries. 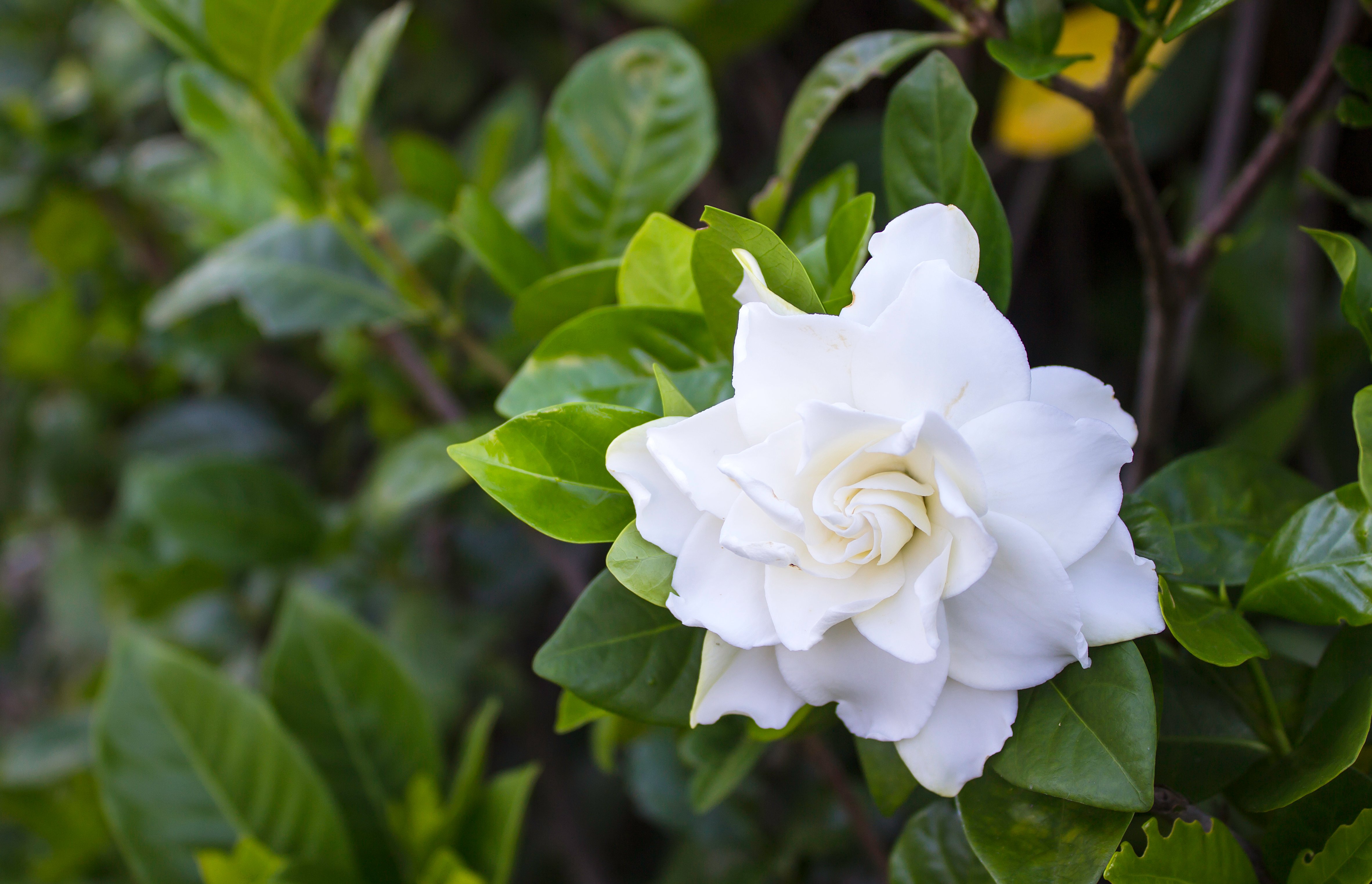 Standing out against a backdrop of glossy green leaves, gardenia flowers are renowned for their sweet, slightly spiced aroma.

A member of the coffee family of plants, gardenias grow wild in parts of the southern United States and the subtropical climates of Africa, Asia, and the South Pacific. Although it is possible to find gardenias with red, pink or yellow flowers, the most popular and easiest to find are the plants with white blooms.

If placed by a south or west-facing window that receives bright but indirect sunlight, a gardenia will continue to produce flowers. The plant—which loves humidity and temperatures between 18 to 21 C—will drain properly if you put a tray with pebbles under its container. This will also allow the water to be returned to the plant through evaporation and moisture to be absorbed through the leaves.

Gardenias are thought to represent love and respect, and are often used in wedding bouquets because of their association with renewal and themes of hope and beauty. 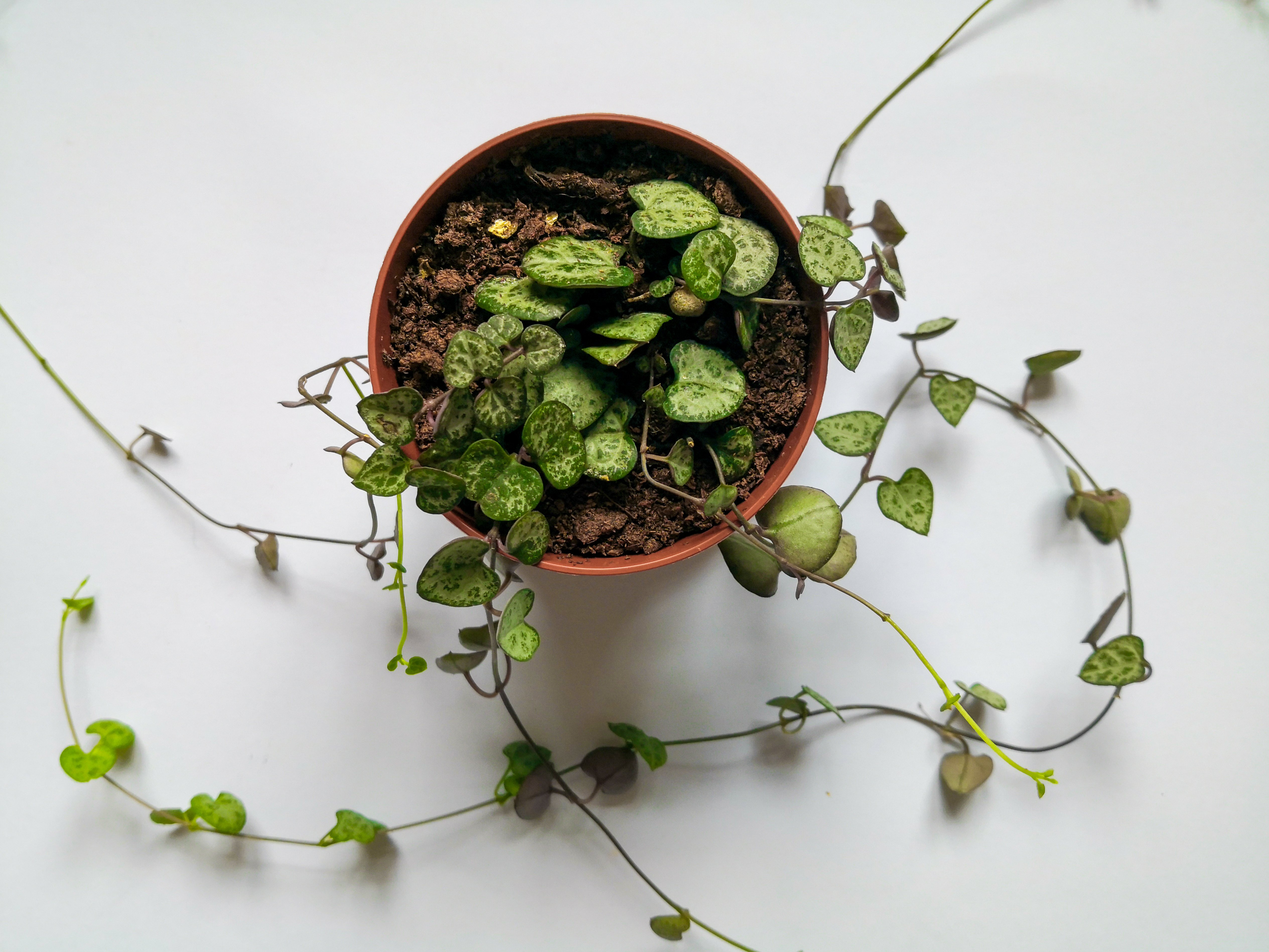 Pairs of green and white marbled heart-shaped leaves grow uniformly every 7-8 cm along this plant’s distinctive purple stems. Growing 1 m or more in length, they will cascade over the sides of a container resembling the look of a delicate necklace. This is deceiving, as string of hearts (ceropegia woodii) is quite a hardy plant.

Part of the succulent family, it’s long-lived and fast-growing. Its ability to cope with periods of neglect, lack of water, cooler temperatures and still survive makes it easy to care for and the ideal gift for a first-time plant parent.

Happiest in a spot that gets bright but filtered sunlight, letting the plant dry out and not stand in excess water will help prevent leaf drop. Enjoying warm temperatures between 21-26 C, and good air circulation, this plant won’t mind being close to a heat source.

In late summer and fall, small white or pale magenta tubular flowers often form into enclosed beads in the spaces between the leaves. This adds interest to the look of the plant that’s sometimes referred to as the Rosary Vine. Other names such as Chain of Hearts or Sweetheart Vine make this plant a Valentine’s Day star. 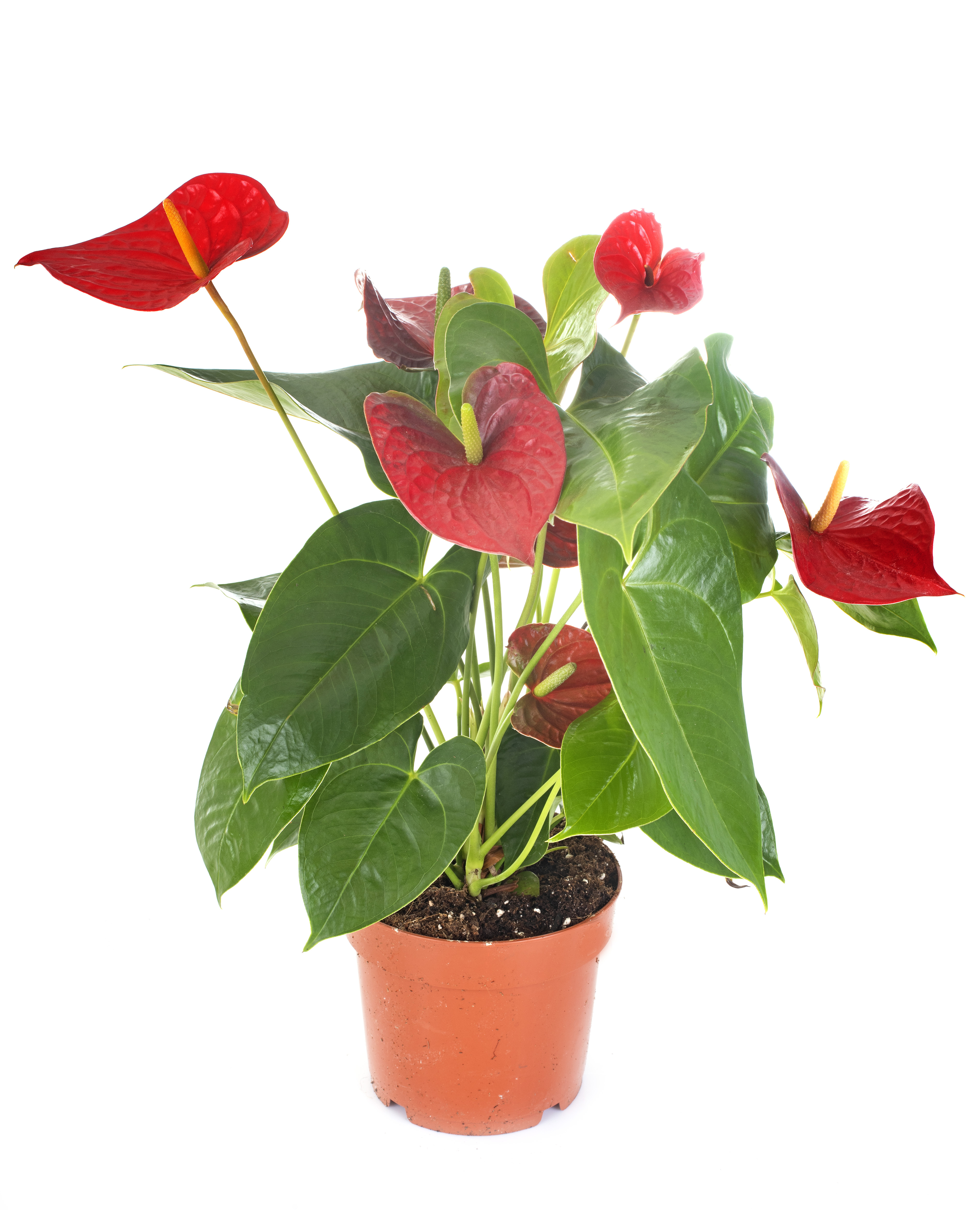 Anthuriums have glossy green heart-shaped leaves and very tiny non-descript flowers produced on a thin spike attached to the plant’s real attraction: a coloured heart-shaped leaf known as a spathe. Although available in white, pink, or coral the most popular are the plants with red spathes.

Easy to care for, anthuriums will tolerate all levels of indirect light, although if kept in low light may not produce as many coloured spathes. Growing to a mature height of 45 cm and a width of 30 cm, anthuriums like to be re-potted about once a year in porous soil that facilitates good drainage. Miracle-Gro Orchid potting mix is a great choice for the continued health of the plant.

Liking things to be just right, anthuriums prefer not to dry out between watering, but don’t want too much water—just enough to keep the soil slightly moist to the touch. Enjoying temperatures between 18-28 C and high humidity, placing the plant on a tray filled with pebbles let’s water drain, evaporate and recirculate through the air, mimicking the tropical conditions of its natural habitat.

An ancient Greek legend suggests that anthuriums, because of their thin spike and red spathes, were the arrows of the god of love Cupid. It was believed Cupid gave the plant the power of love because of its reputation as one of the world’s longest blooming houseplants. 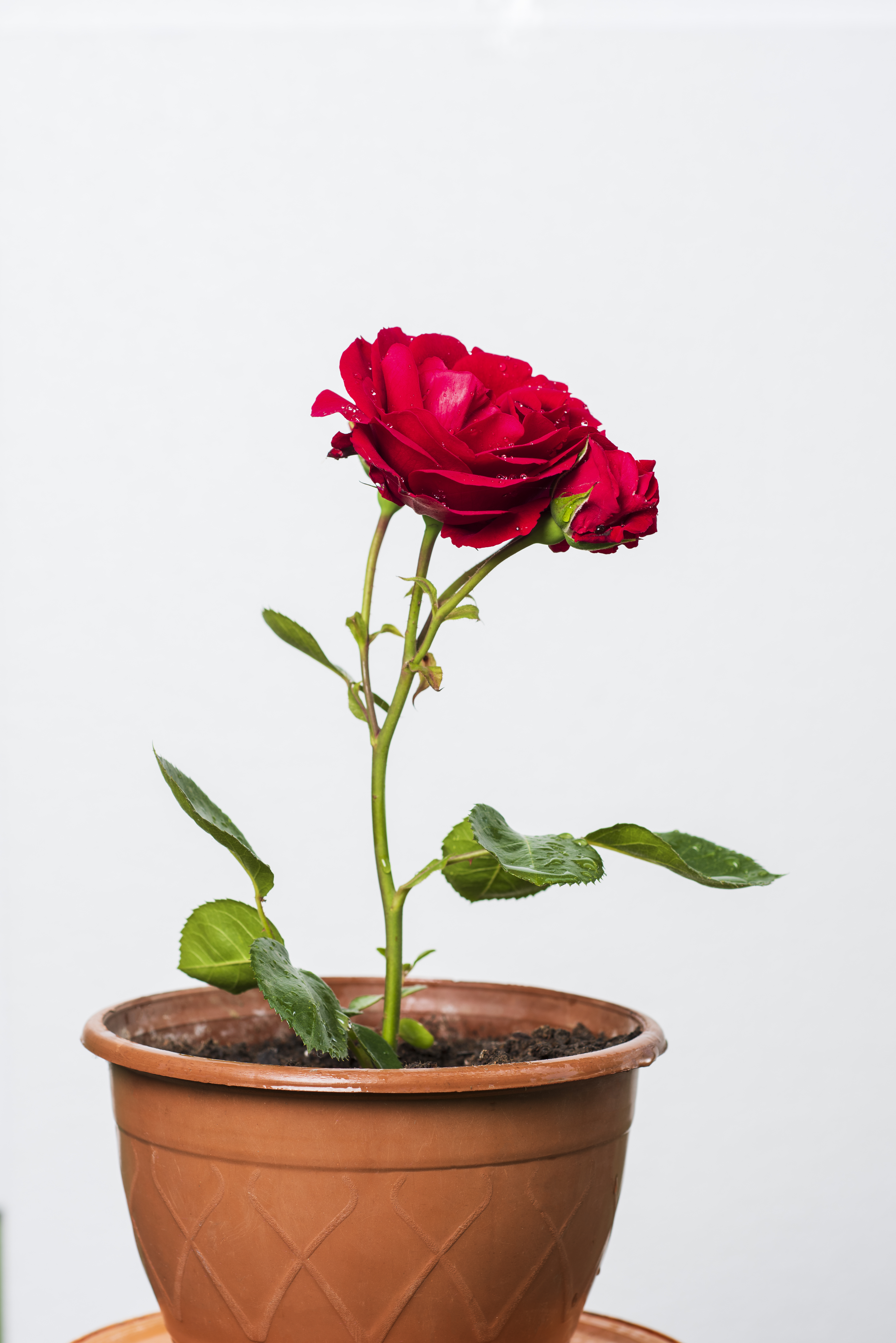 A potted miniature red rose is easy to care for and, just like its long-stemmed counterparts, conveys love and romance.

As a houseplant, it needs sun, water, and warmth to bloom. By placing it on a bright windowsill that gets at least six hours of light a day and making sure that when the soil feels dry to the touch it’s watered, the plant will keep producing buds. Once the flowers begin to wilt, use a sharp pair of scissors or a knife to cut them off at a 45-degree angle above a set of five leaves. This is where the plant will be strong enough to support new shots and the new rose buds that follow. When warmer spring weather arrives a miniature potted rose can be taken outside, left in its container or planted directly into the ground—finding an everlasting home in the outdoor as well as the indoor garden.

Whether inside or out, with a little TLC, plants such as the potted miniature rose will last long past a Valentine’s Day bouquet of cut flowers, reminding those that matter in our lives just how appreciated they are.