We spoke to FlyLady about her 15-minute system. 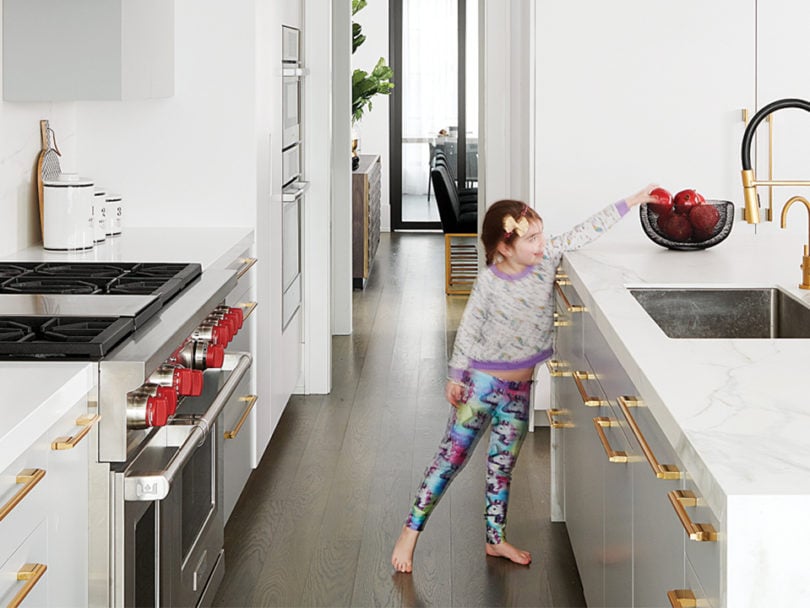 “The desk you’re working at—is it messy?” It’s not every day that a phone-interview subject grills you over the line about the cleanliness of your own workspace, but it’s also not every day that you talk to FlyLady, the woman behind one of Pinterest’s most popular cleaning and decluttering trends.

Though she’s been sharing her method online for more than 20 years, searches for “FlyLady cleaning schedule” rocketed by 40 per cent this year on the inspo-packed platform (and, interestingly, “Marie Kondo” queries dropped by 80 per cent). With our annual urge to spring-clean just around the corner and—more dramatically—a collective quarantine that has us all spending a lot more time at home, we chatted with FlyLady to learn what her system is all about.

Who is the FlyLady?

North Carolina’s Marla Cilley is the brain behind the phenomenon. Back in 1999, she was about to begin her first term as a county commissioner, but felt like things were off-balance at home. She struggled to keep a clean house, but was determined to change her approach to chores. She started small: scrubbing out her hard water–stained sink, then shining it every day that January. The next month was all about daily decluttering. Soon, the little changes built up into new habits. By the end of the year, the FlyLady email group was born, and her house was spiffy, too.

But why is she called the FlyLady?

The name has absolutely nothing to do with cleaning. Cilley used to teach fly-fishing at a local college and took inspiration from that experience when she needed a username for online cleaning forums. The name stuck, and coincidentally doubles as a handy acronym for her mission to help followers (affectionately known as FlyBabies) “finally love yourselves.”

What is the FlyLady system?

“The overall approach is that we get rid of perfectionism,” says Cilley. Instead of putting off chores until you have time to do them thoroughly and flawlessly, FlyLady wants you to chip away at them by focusing on a different zone of your home each week and working on it for only 15 minutes per day.

What are these zones all about?

The FlyLady system divides the home into five zones, and you focus on a different one each week of the month (with partial weeks for the first and fifth, depending how the calendar lines up):

Every weekday, a specific “mission” is set for that zone, posted on flylady.net and sent by email. It’s a mini detailed-cleaning task that takes less than five minutes. For example, during Zone 3 week, you might take a few minutes on a Tuesday to wash the often-neglected base of your toilet.

Is that all there is to it?

Not quite. FlyLady also recommends a 15-minute cleaning and primping routine every morning and another before bed. Sounds daunting? “It’s less than 45 minutes a day, and most of that is about taking care of yourself,” says Cilley. When you wake up, there’s the usual getting ready—and FlyLady is firm on her stance that we should all get fully dressed every day—along with a quick cleaning of the toilet and a load of laundry. Similarly, at night, it’s all about getting set for tomorrow. Think: laying out an outfit, a quick pick-up around the house and, most importantly and specifically, shining your sink.

Outside of these daily routines, FlyLady prescribes certain weekly tasks on set days. For example, Friday calls for tossing any junk that’s accumulated in your purse.

Why is shining my kitchen sink so important?

“Because that’s where I started,” says Cilley. She has a list of baby steps for newbies to slowly get acquainted to the FlyLady system without getting overwhelmed and, yep, cleaning your sink is the very first one. This means clearing out any dirty dishes, scrubbing it with a powdered cleanser, then finishing with Windex to get it gleaming. It might seem like an oddly specific task to focus on, but Cilley likes it as an easy starting point to give you a sense of accomplishment—it tends to snowball into a cleaner kitchen and house. “When you have a sink that’s shiny, you don’t want to put a dirty dish in it,” says Cilley. “Then your countertops get cleared; the stove gets shiny too. It becomes an avalanche of clean.”

So, is FlyLady actually the new Marie Kondo?

Both offer tidy-up tips and are big hits on Pinterest, but that’s where the similarities end. While Kondo’s approach involves pulling clothes and books off their shelves and into a pile to edit down to joy-sparking essentials, FlyLady has a strict rule to never take out more than you can put away in an hour.

If you’ve tried the intense-overhaul approach and wound up overwhelmed, the FlyLady system could be for you. “I teach people to go in and pluck out five things and donate them,” says Cilley. “Bag it up and take it straight to the car.”

Is the FlyLady system free?

You bet—and don’t expect that to change. “The system is free and will be free forever,” says Cilley. You can check the daily missions on flylady.net or sign up to get them emailed to you every day. Be warned: You’ll get about eight emails a day, including testimonials, Cilley’s morning musings and promos for FlyLady cleaning products, but Cilley insists that frequent nudges are key to helping you develop habits.

(If the emails really annoy you, you can pay US$4.99 per month for FlyLady Express, which condenses it all into just one email. Other upgrades include an app subscription that sends reminders to your phone and a virtual mentor service.)

What do I need to get started?

Once you sign up for the emails, it’s really just about jumping in. You could hit up Pinterest for handy printables, check out FlyLady’s Getting Started guide or restock your cleaning supplies, but Cilley recommends keeping things simple. “We sell tools that motivate people to clean,” says Tilley of her online offerings, which includes an ostrich-feather duster made in Ottawa. “But we’ve all got the tools we need already.” She’d rather new FlyBabies get going with whatever they have, both in terms of tools and time. “When you hear yourself say, ‘I don’t have time,’ set your timer for two minutes and do something.”