What it feels like to live with chronic cancer

After 26 months of chemotherapy, Aviva Rubin’s rare form of lymphoma is in remission — but only temporarily. Relapse is a certainty. 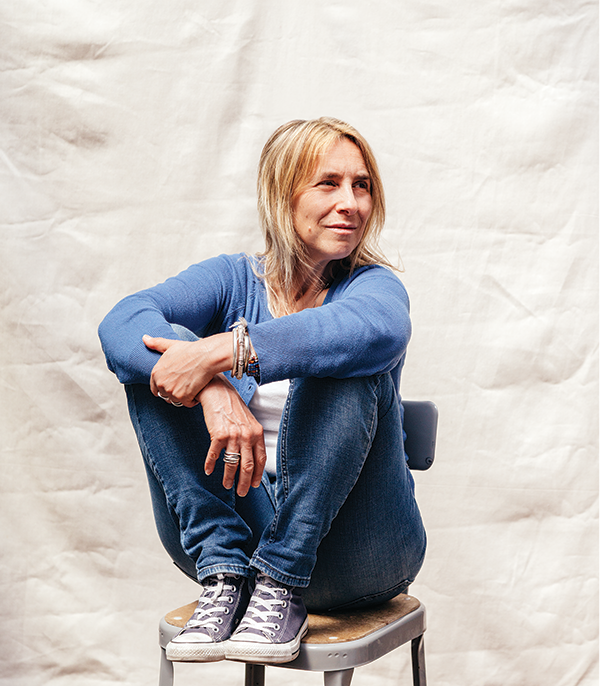 I’m someone who waits for things to happen, bad and good: a better job offer, my roof to start leaking again, those wide-legged pants to come back into style. When I was diagnosed in 2013 with marginal-zone lymphoma — an incurable small-cell blood cancer that treatment can force into remission, but only temporarily — my waiting inclination became a formal assignment. I will never not have cancer again. Recurrence is a matter of when, not if.

My lymphoma manifested itself in a weird way. I had two oversized tumours, one in the wall of my vagina, and one in my face. The first was found via a Pap test, when the stick couldn’t get to its destination; the second turned up during a CT scan meant to confirm there were no tumours anywhere else. So much for that.

Related: The truth about surviving cervical cancer in your 20s

This disease is an epic waiting game. First I waited for the diagnosis, then the prognosis, then the treatment plan, the blood work, the oncologist appointments, the chemo and the spinal tap results to confirm there were no tumours in my brain. When I tell people this lymphoma can’t be cured, they often respond — albeit nicely — that I have a bad attitude. Come on, think positively. But no oncologist has told me there’s even a remote chance it won’t return. Right now, after 26 months of both active and maintenance chemotherapy treatments, it’s in remission. It can stay there for five or eight or 10 years. What I do with the time in between is my choice. I don’t have to see it as a waiting period, but I do. I am waiting for the relapse.

Until then, my formally scheduled relationship with Toronto’s Odette Cancer Centre is over. When my oncologist, on whom I became quite dependent, would look at my blood results, feel my nodes and smile enthusiastically about my regular exercise, I felt protected. Now it feels like we should have some kind of ribbon-cutting ceremony to sever our ties — or take a moment to smash a bottle of champagne against the bow of survivorship as I float into uncharted waters.

Most people I know who have beaten cancer into remission want to put it behind them and live a full, cancer-free life. I seem to be doing the opposite —  keeping my enemy close. I became involved with the Leukemia & Lymphoma Society as a peer volunteer and media spokesperson and took membership on the Patient and Family Advisory Council at the Odette Cancer Centre. I spent time teaching a “blogging through cancer” course at Gilda’s Club. Have I developed an unhealthy dependence? Maybe. My identity is caught up in the disease.

“I can’t leave cancer behind, even if I want to. My role as symptom spotter continues.”

In the movies, surviving adversity often ignites a “seize the day” attitude. But the truth is I feel like I’m in limbo, and grabbing onto anything beyond the practicalities of daily life is difficult. The work of waiting for cancer to make a comeback is a great excuse for accomplishing very little. I look like I have a full plate  — the leak in the roof, the teenagers, some exercise, volunteering — but really I just pick at it. My therapist tells me it’s normal, this attachment to what I’ve been through. The combination of fear, sense of purpose, drive, listlessness and constant triggers leaves me unproductive, but on my toes.

What about the gratitude I should feel for having gone through this offensive disease and come out the other side? For the privilege of learning to appreciate life? Those are great things, but, for me, they are far more fleeting than I had hoped. And I can’t leave cancer behind, even if I want to. My active disease-fighting job is done for now, but my role as symptom spotter continues. Is that twinge in my abdomen ovarian cancer? And what about that ache in my breast?

Leaving maintenance chemo behind is like shedding protective gear, handing back my main cancer-fighting weapon. Without it, I feel totally exposed. Chemo saved me once. It’s likely to save me again. If maintenance chemo is effective in postponing the disease indefinitely, it’s hard to accept that I can’t keep at it. But the last time I met with my oncologist, she told me there was definitive evidence that there are no benefits — only downsides — to continuing maintenance treatments beyond two years. So I’m cut off from what I only fantasize is a lifeline.

Maybe my emotional dependence on treatment, which is so full of all the things I can’t stand — the smell, the IV, the hours lost to worrying, the incessant loud banging of cancer that demands so much attention — will go away. I’m scared I’ll fill the void with the sound of my own fear. Maybe I need to learn to just shut up. Maybe, if I let it, the sensation that I’m waiting for a relapse will fade into the background and allow me to live wholeheartedly in the moment.