After 13 unsuccessful rounds of IVF, Nia Vardalos decided it was time to look at other options. That's when she found adoption -- and her journey as a mom began. 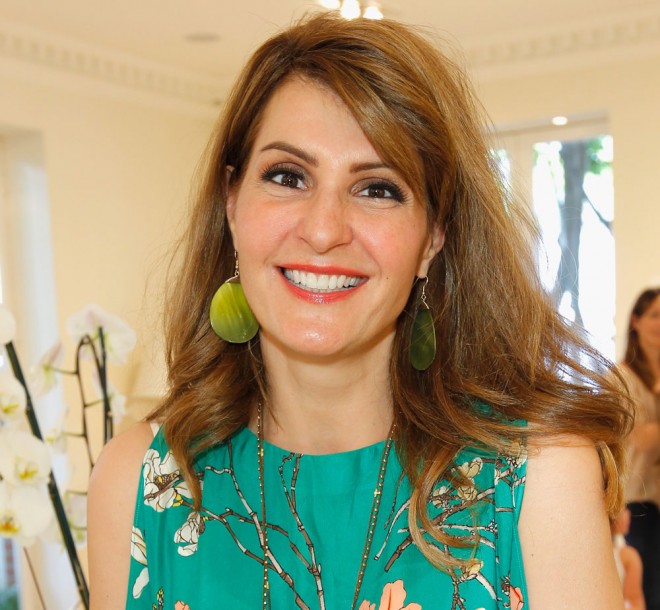 Nice, successful woman wants to have a baby. She tries and tries again. But having a baby isn’t as easy as her high school health class teacher made her believe. In fact, it might be impossible. Mother Nature, she learns through hard luck, is kind of a mean girl.

That’s the dilemma that presented itself to Oscar-nominated screenwriter and actress Nia Vardalos. Characteristically, the Winnipeg-born actress swore off self-pity and instead leaned into the existential challenge.

First the My Big Fat Greek Wedding star turned to IVF — undergoing 13 cycles of the treatment — before calling time to re-examine her definition of motherhood. A few years later, she and her husband, actor Ian Gomez, took a different tack: adopting a three-year-old girl out of the American foster care system.

Vardalos recounts the journey in her new book Instant Mom (HarperCollins). Part memoir, part parenting guide, part how to adopt manual, Instant Mom has turned Vardalos into an adoption advocate and fundraiser (proceeds from the book will go to children’s charities).

On the phone from her home in Los Angeles, the amiable star talks to us about the decision to make her private struggle public, her belief in the power of being “a fearless idiot”, and how motherhood has changed her.

How long after you adopted your daughter Ilaria did you decide to write about this part of your life?
It was not until she started school that I was able to stand back and really see the milestone. I had at that point counseled quite a few people on how to adopt. A new book agent had come into my agency. She called me up and said, ‘I hear this story that you’ve been telling, would you be willing to write it down?’ and I went, ‘Nope!’ [laughing]

…My agent was very patient through it — almost a sister or therapist. I thank her at the end of the book. She was really lovely through it [asking] why, what’s wrong, what is it?

And I said, ‘we’re private people. This kid deserves a private life.’ At that point, we’d already had a call with someone else who opened [the conversation] with, ‘We want Greek stories, we want to hear everything about your family and we want to call it My Big Fat Greek Baby’!

Oh no…
Yeah, I couldn’t get off the phone fast enough.

Then I got on the phone with HarperCollins and they were so fun and genuine and humane.

Vardalos initially intended to write a how to adopt manual, but the process of writing changed that:
I started to write about my daughter and to describe her bravery, and I just thought, why am I afraid? What on Earth am I hiding? I’m not ashamed of it anymore. I came into my office the next day, after I slept on it, and I really thought ‘This is it, this is the book. I’m not going to be anything but this fearless idiot that I am,’ and I went for it.

I’m glad you did because there are so many women struggling with fertility and feeling embarrassed and ashamed.
I really felt not just a pressure, but a responsibility to be able to do it all. Ultimately, it’s that thing that I describe that I feel with the woman who gave birth to my daughter. I have a kinship with an absolute stranger because we both love this kid so much. She made the ultimate sacrifice. And also, she had to admit that she couldn’t do something. And that is OK. We’ve got to be nicer to ourselves.

You went through what must have been a harrowing 13 cycles of IVF treatment. What do you tell women and couples dealing with infertility?
[Recently during an appearance] I heard myself announced as an adoption advocate and even though I would say it about myself before, I actually heard it for the first time last week and I went, wait a minute. I actually feel that I am a spreader of information about adoption but I’m also a personal happiness advocate because we only have one chance at this life. So, if not having children is your personal bliss, great. If trying IVF over the 13 times that I did is what will make you happy, great. And if adoption is what will make you happy, great.

As you can see from the book I try so hard not to give advice, I just give information.

In the book you talk frankly about the challenges that you faced in trying to become an instant family. What do you hope people will take away from those chapters?
I think parenthood in general isn’t an easy transition. I didn’t want to sugarcoat adoption or just being a mom. I had such a fairytale vision in my head [before adopting]. I think I said this on a talk show — in my mind I saw myself in skinny jeans and a crisp white blouse with my hair pulled in a ponytail and so happy that I didn’t even need makeup — just a little clear lip gloss! And I would be skipping through a field of daisies with my daughter in tow.

But the reality of it was so completely the opposite that I thought, ‘I have to write about it. I have to be honest and just say that yeah, at times I am skipping through a field with my daughter and at other times she throws a milkshake at me.’

There are a lot of fears associated with adoption — some justified and some not — which you address in the book. But your main message seems to be that there’s just risk in raising kids, period, whether they are your biological kids or not. (You make a funny point about irrational adoption fears when you say the Menendez brothers weren’t adopted!)
There’s a risk involved in just going to the Eaton Centre [in Toronto]. There’s risk involved in life, which is why I’m preaching personal happiness. You just don’t know. That’s why I say I eat chocolate every day — you just don’t know what’s going to happen. Don’t think about it; just be happy.

Your daughter is now eight-years-old. How has she changed over the past five years? And how have you changed with her?
She is the same fearless personality. Her gibberish has been replaced by words. She has changed in that every day she’s attacking something new.

How I’ve changed is I’m not ashamed of any of it… I guess I’ve come full circle. And in the same way that I did with My Big Fat Greek Wedding I’m saying, ‘Hey, this is me and I’m OK with it.’

The book is dedicated to your daughter. What has your daughter taught you about love that you did not know before?
I felt love when I got to get married and I felt love when I got to take care of Manny [Vardalos’s dog]. But what I feel with Ilaria is all-encompassing. It’s a feeling every day of this person matters to me more than anything. I don’t know why this happened to me other than I think I’m supposed to be using my big mouth to talk about it. But she’s the ultimate reward. For someone who really wanted to be a mom, to get to be a mom to this kid is pretty great.

Have you struggled with infertility or have you gone through the adoption process? We’d love to hear about your story in the comment section below.