Can group meditation change the world? 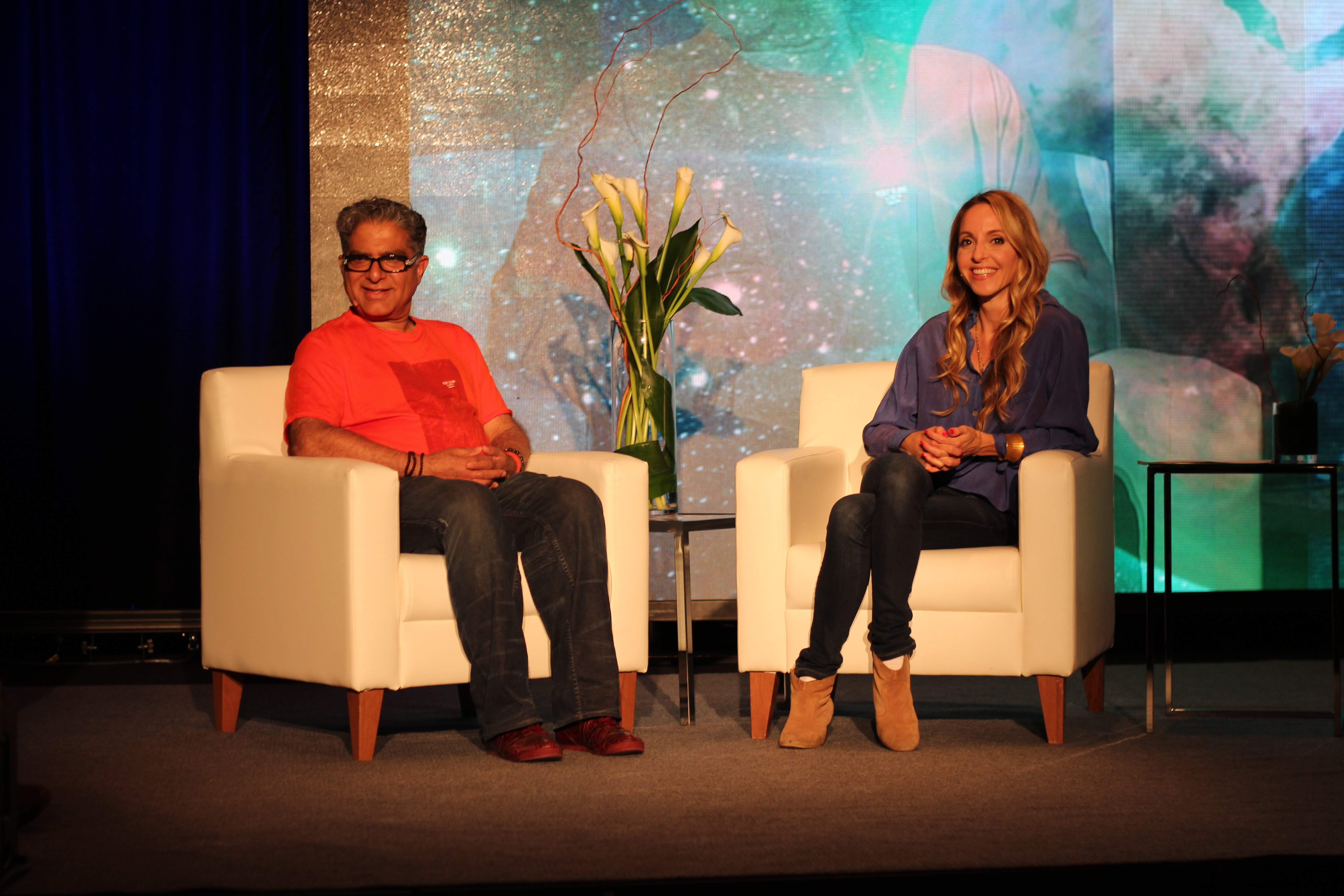 Deepak Chopra and Gabrielle Bernstein at the Global Meditation event in Toronto.

Deepak Chopra wants to start a pandemic through group meditation. “If you’re having over 100,000 people all shifted to the same state of consciousness,” says the best-selling author and spiritual guide, “that could easily start a pandemic of peace in the world.”

Motivational speaker Gabrielle Bernstein introduced Chopra to a darkened conference room, filled predominantly with women. Grammy Award-winning singer India Arie performed an acoustic version of “I am Light,” before Chopra led the group in meditation for the rest of the hour.

“If you follow certain guidelines that are common to all meditation experiences, you can magnify the effect when people meditate together,” said Chopra. While the science of whether a meditating individual or small group can affect the actions of the greater population is still uncertain, Chopra is convinced group meditation can begin a “global ecosystem of peace, harmony, and love.”

Multiple studies suggest there may be some wide-ranging benefits to group meditation. A 2003 review in the Journal of Offender Rehabilitation found that after specific groups in the U.S. and Holland performed 8 to 11 days of Transcendental Meditation, during this time period, there was a 72 per cent drop in news about terrorism and an average drop of 30 per cent in news about international conflict. An analysis on crime data done on group meditation in Merseyside, England, led researchers to believe that the meditation contributed to a 13 per cent decrease in the city’s crime rate during that time period—suggesting that a sizeable meditation group is able to increase coherence and decrease stress in the collective consciousness of a society, which improved “informal social control” and decreased crime rates.

“If there is a lot of peaceful people, it affects everybody,” Chopra told Chatelaine. “Just like when you have an angry mob—when it reaches a critical mass, everything breaks loose and people burn down the stadium. So you can do the opposite as well.”