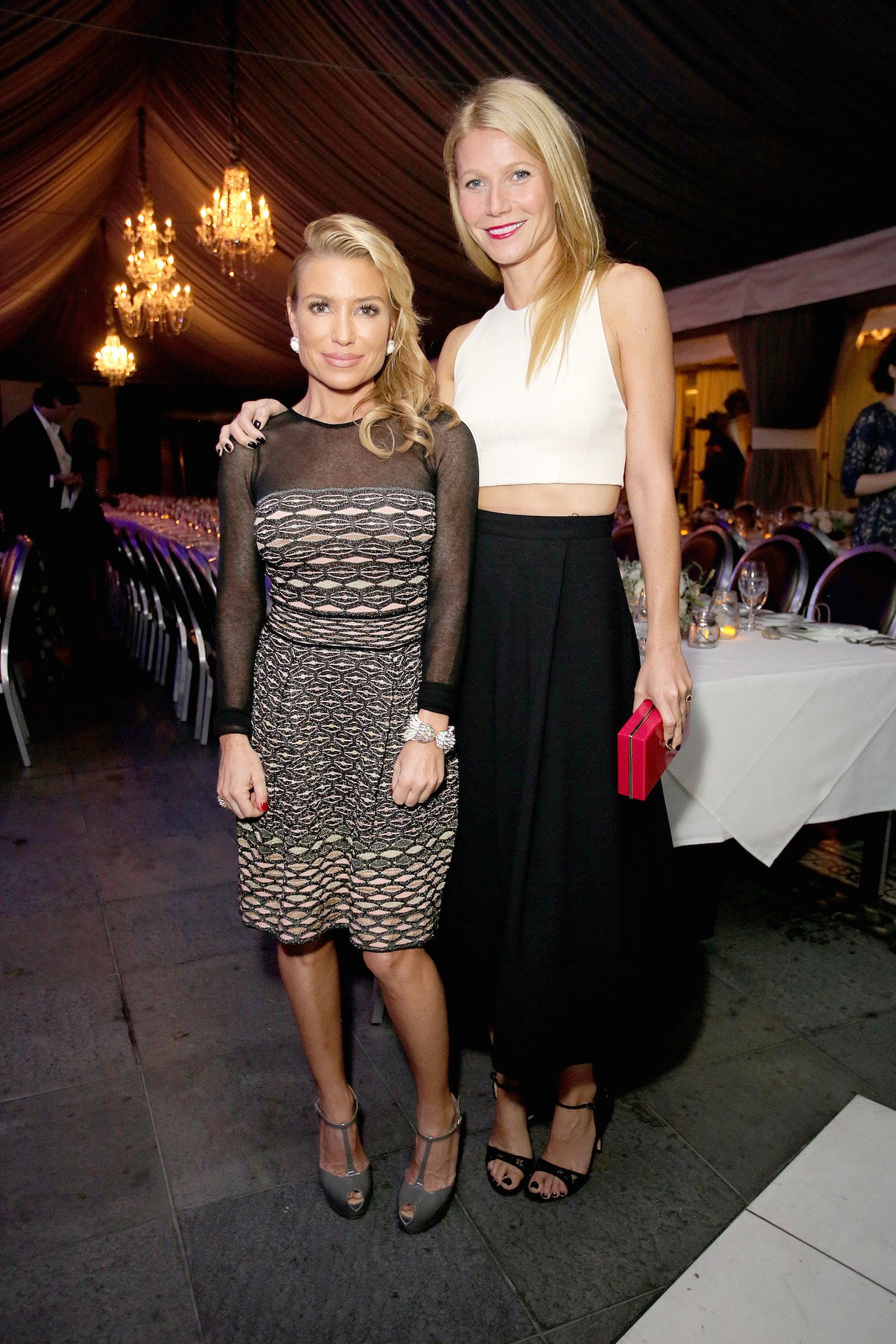 In the last few days of 2017, one of fitness trainer and Goop favourite Tracy Anderson’s latest weight-loss columns was circulating on social media again. The post is called “How to Lose Weight Fast,” and as a registered dietitian I can only describe it as nonsensical, borderline reckless and dangerous. Shame on you, Tracy.

I don’t want to link to the story, so here’s the gist: it recommends what can only be described as a starvation diet for people who “have weight to lose,” says Anderson. She argues that if you follow her month-long menu (and buy her protein bars, which are conveniently sold right within the story… shocker!), you can “effectively do a fourteen-pound weight loss in four weeks.” That’s an average of 3.5 pounds a week, which can definitely be far too rapid for most people and may lead to some medical complications. Anderson says the diet requires “focus and physical, mental and emotional willpower” and may cause “short-term stress.” She emphasizes that the menus are meant for people with unhealthy weight and/or are in need of weight management.

While the Goop-approved plan is extremely low on calories, it’s high on questionable advice: for example, you can’t have more than one egg a day, but you can have two glasses of wine, which makes zero sense. Sure, it’s only meant for short-term, but Anderson is kidding us if she thinks any results gained are sustainable. Once you start eating normally, the weight will likely come right back.

Clearly, this is not the best way to kick off 2018. Here, some of my best tips — both to incorporate into your diet and to avoid at all costs— so you can eat healthier (and happier!) this year.

Start with something you can follow for the long term
This is called, being realistic. That means: not eating foods you hate, not cutting out foods you love, not going to a gym that you can’t stand going to—and all of those other things you do because you think they’ll make you thinner, faster. Everyone hates the word moderation, but I’ll say this: choose a diet that’s moderate in everything, instead of one that’s super-restrictive and that you’ll never follow for years to come. You want to make healthy changes that last and become habits for life.

Learn how to actually enjoy and appreciate food — and yourself
Instead of resorting to diet products and meal-replacement bars and shakes, try cooking and eating more whole, minimally processed foods. Stop looking at food as your enemy, and start seeing it as something that nourishes your body and makes it strong. By the same token, be kind to yourself. Weight loss is NOT about willpower—no matter how much Anderson might want us to believe—and we’re all human. Some days, some weeks will be better than others, so just move on and don’t punish yourself.

Figure out where your food issues come from
This one is huge. I get a lot of people in my practice who have issues with food and eating that started in childhood. People rarely even realize how much of an impact of their family’s attitudes toward eating, food and dieting can have on them long into adulthood. If you feel like you’ve had the same issues forever and they’re preventing you from making progress with your nutrition goals, it might be time to seek professional help via a therapist for this.

Shop, prep and cook on the regular
Far too many people believe that they can eat a healthy diet without even setting foot in a kitchen, but they would be wrong. Restaurant food is almost always a less healthy choice than something you make for yourself. It’s exceptionally difficult to make good food choices if you don’t have food in your house, so shopping weekly (or more) is essential. If you have a busy life, doing some prep on a Sunday before the workweek gets crazy is also good, and of course, cooking for yourself is important too. Even if you’re not great in the kitchen, salads, sandwiches, stir fries, and even eggs are simple meals that most anyone can do in a hurry.

Be suspicious of anyone who wants to sell you something
Just like Anderson and her protein bars, you need to steer clear of anyone trying to sell you a quick fix. Legit healthcare professionals will NEVER tell you that you absolutely need to buy their over-the-counter product/shake/supplements if you want to lose weight. That’s a conflict of interest and totally shady. Healthy eating and good nutrition can be achieved in most healthy people without any diet products at all.

Cutting an entire food group out of your diet, because some random person says so
There are a heck of a lot of people online and otherwise who have no credible nutrition education, but think they’re doing you a favour by giving you random nutrition advice. One of the most common pieces of advice I see people getting from these sources is to cut one of the usual suspects — wheat, gluten, dairy, legumes — from of their diets. There’s nothing inherently wrong with any of these foods, so if you’ve always been fine with them, keep eating them (and stop listening to bad advice).

Swallowing fistfuls of “fat-burning” supplements
No supplement has ever been proven in large human studies to burn fat, so please don’t waste your money on these. Trust me: if something amazing is invented, it’s not going to be sold in a health food store or by your friends on Facebook.

Tracking every single calorie that passes your lips
Some people do better with calorie counting than others, but my recommendation is to resist the urge to drill every bit of food down into a number — whether it’s a macro, calorie or carb value. It might seem relatively innocent, but I think obsessively tracking your calories can also dissociate you from your hunger and fullness cues and from what you’re eating altogether. We don’t eat numbers, we eat food.

Replacing a meal (or two) with a shake
Most commercial meal-replacement shakes are far too low in calories to be considered meals, which can put you at risk for overeating later in the day. Not only that, but shakes tend to leave the stomach a lot sooner than solid food, leaving you hungrier sooner. Ditch the liquid lunches and chew your meals.

Working out like crazy to “burn off” food you’ve eaten
I know that certain fitness and calorie trackers will have you believe that you can exercise off what you just ate, but your body doesn’t work that way. Even if it did, exercise alone has been shown not to have a significant impact on weight. I’m not saying that exercise is a waste of time — just the opposite — but relying on activity to burn off your dietary transgressions (and then some) hasn’t proven to be effective. And from a psychological perspective, activity is something that should be done for overall health — not as a Band-Aid for the guilt you feel as a result of overeating.